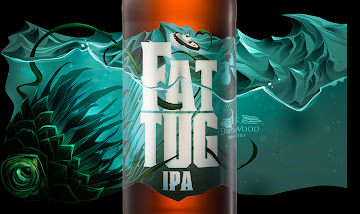 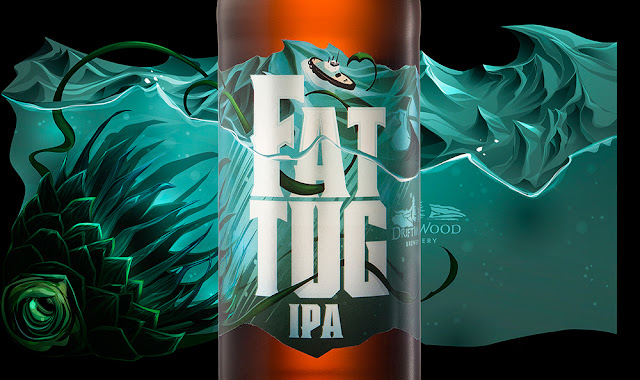 Much has been said about Driftwood Brewing‘s Fat Tug IPA. It’s considered by many to be the most popular IPA in the IPA-loving province of British Columbia (and it certainly has the awards to back that up.)

But there’s a bit of a dark side to this beer. (Ask anyone who’s woken up after a night of sessioning it.) You have to proceed with caution; it sneaks up on you.

So how did we approach redesigning such an iconic beer? By going fully epic with the artwork! A wrap-around scene with an oceanic narrative, a die-cut shape, and a knock out… (On a beer label? Not something you see everyday!) 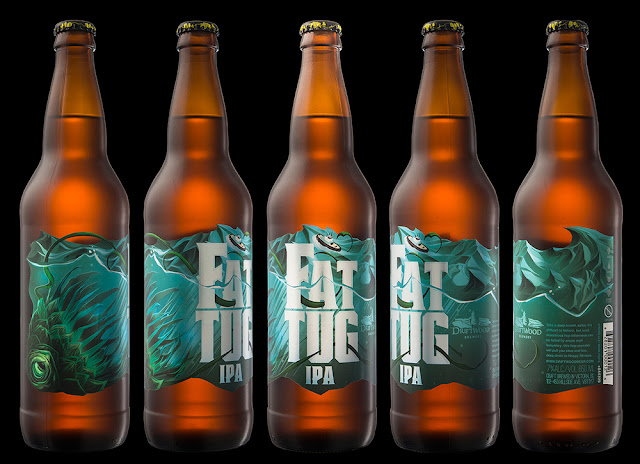 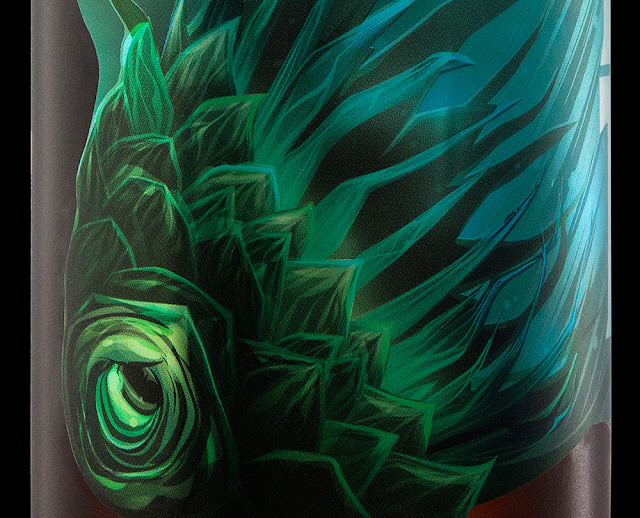 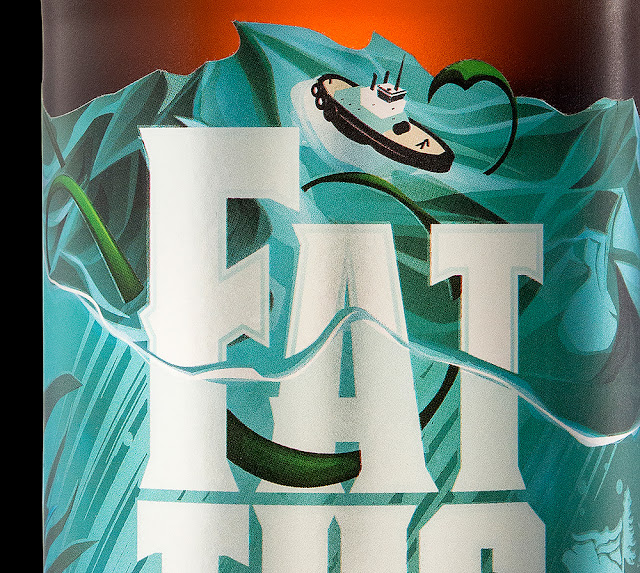 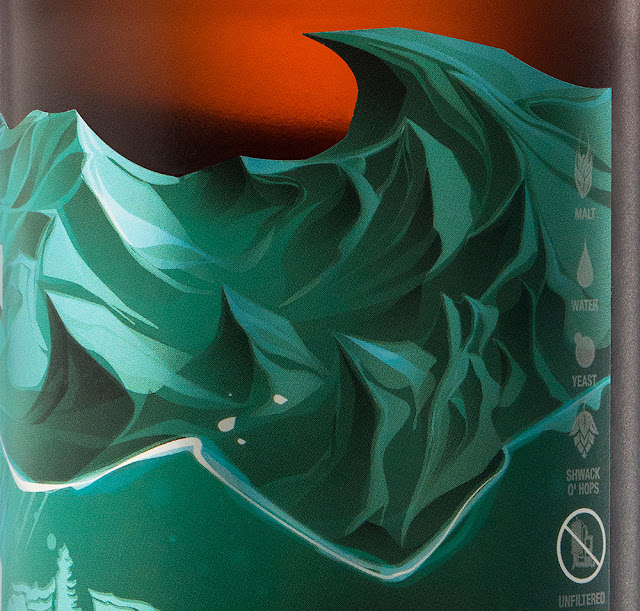 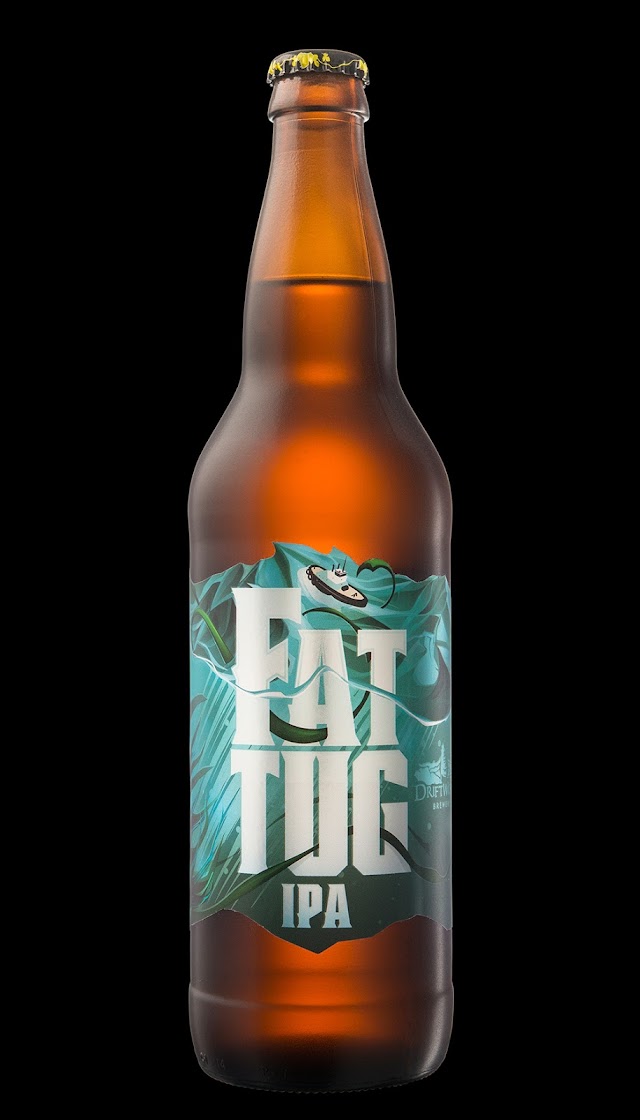 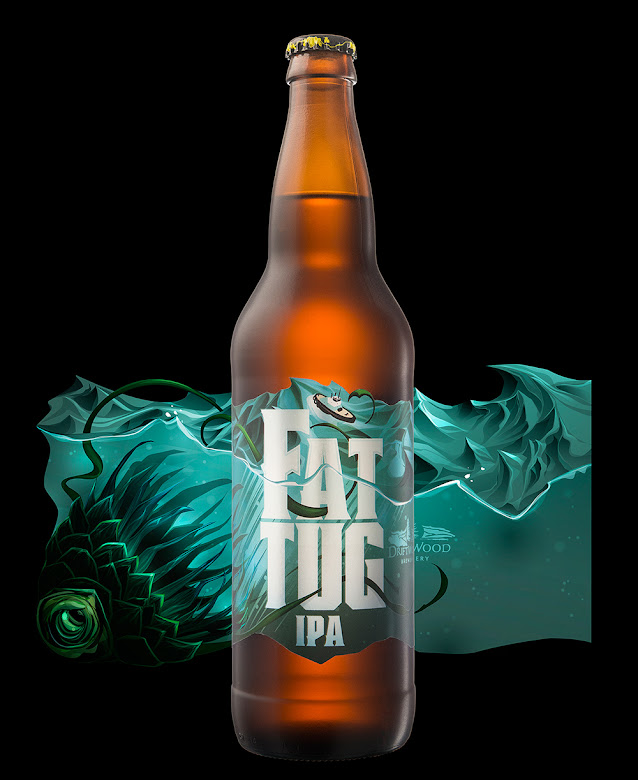