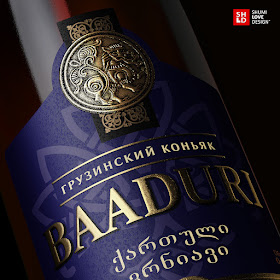 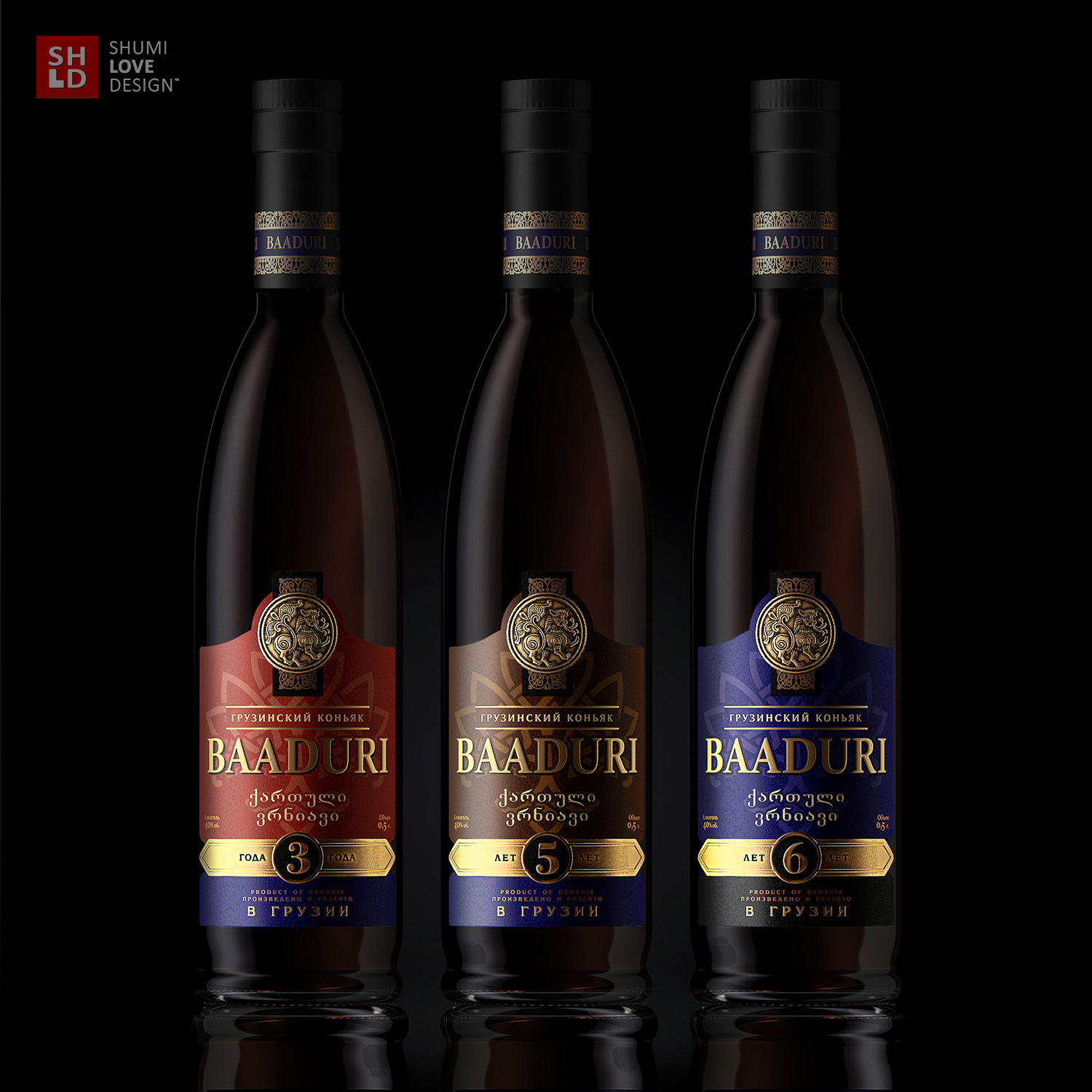 Taking into account the task set by the client for this project, the agency’s designers have concentrated their efforts on creating an image that would be instantly recognized by the consumer as something traditionally Georgian, corresponding to the expectations towards brandies from the region. However, there was also the desire to create an original and modern-looking design that would set the product apart from the competition on the shelf.

The solution created by the agency can be characterized as informative, traditional and modern at the same time. The main visual elements in the composition are the product name and trademark logo executed with the application of gold foil stamping that creates the illusion of traditional Georgian gold stamping technique. The gold foil is also used in the maturation period and other informative blocks in order to emphasize the stamping effect. The composition in general is tied together by the background image, which is stylized as a traditional national graphic pattern. It makes the geographic origin of the product even more obvious, while being rather modern-looking and original. 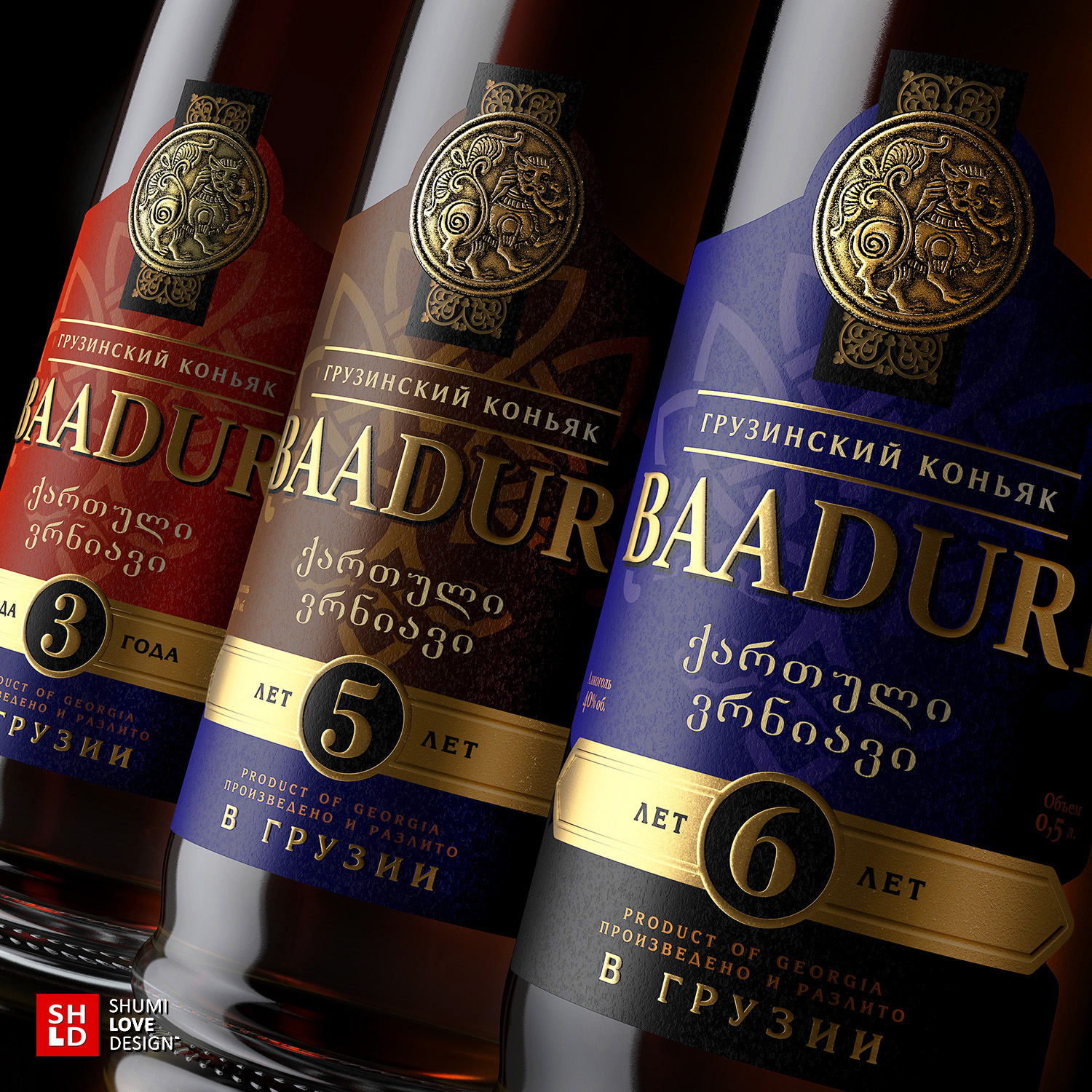 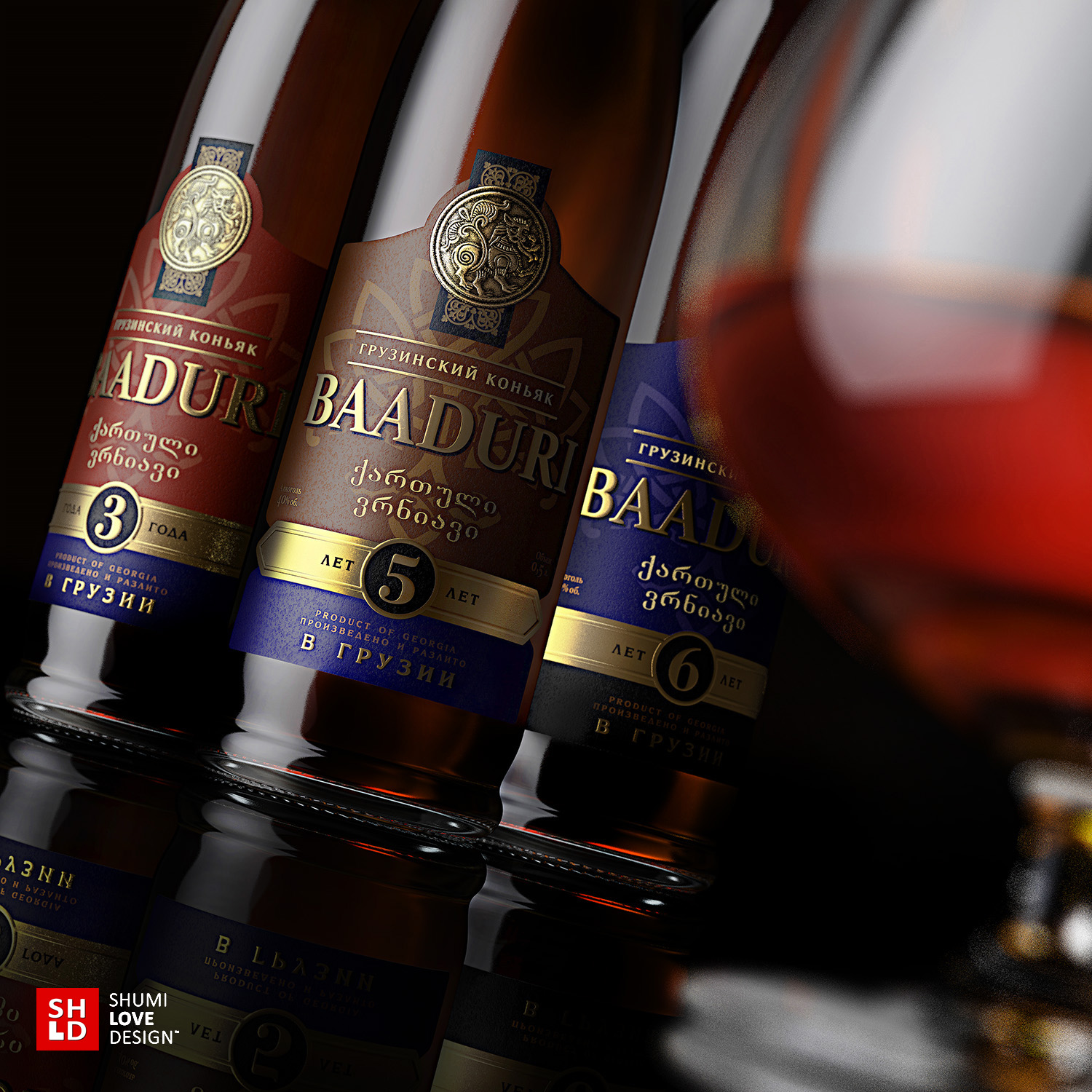 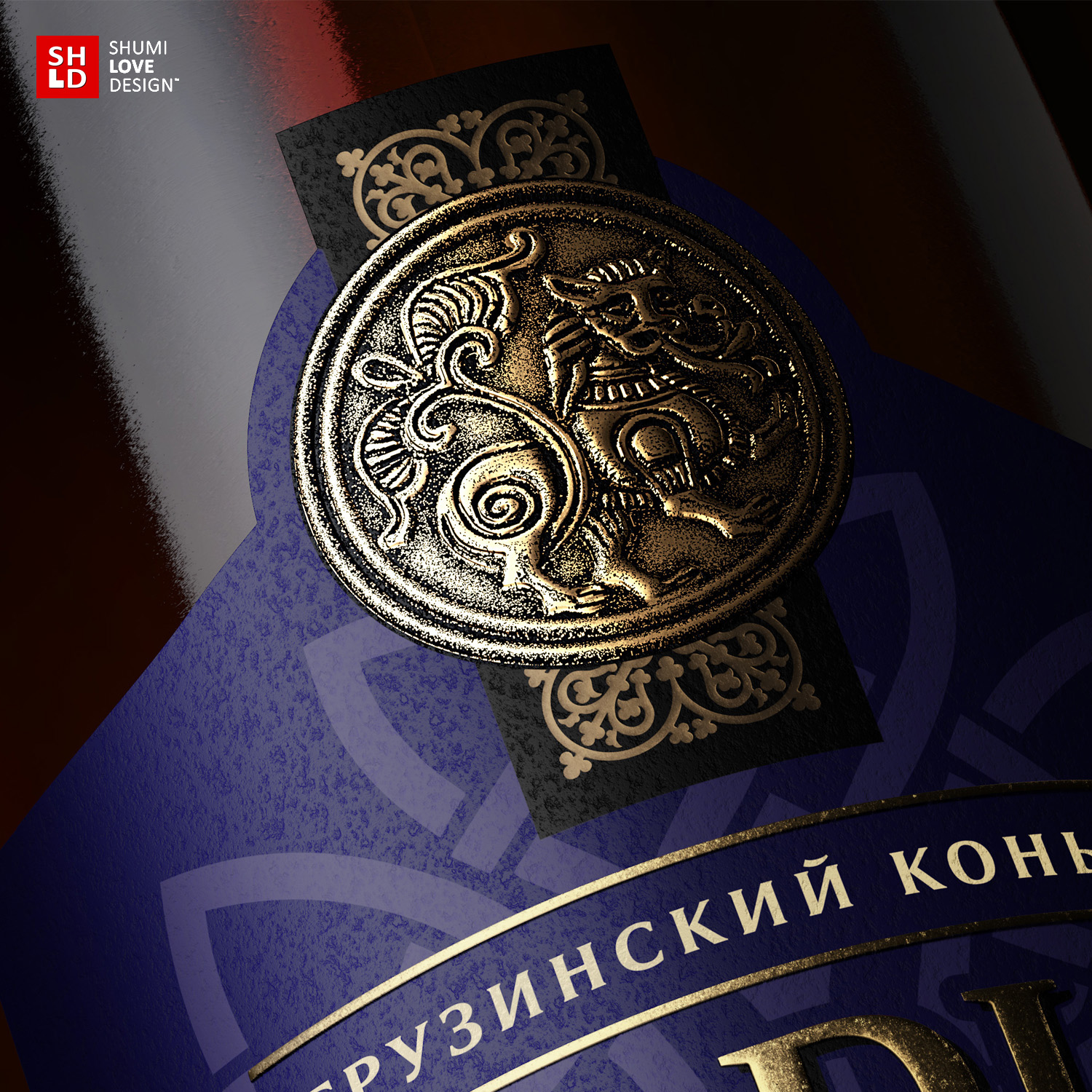 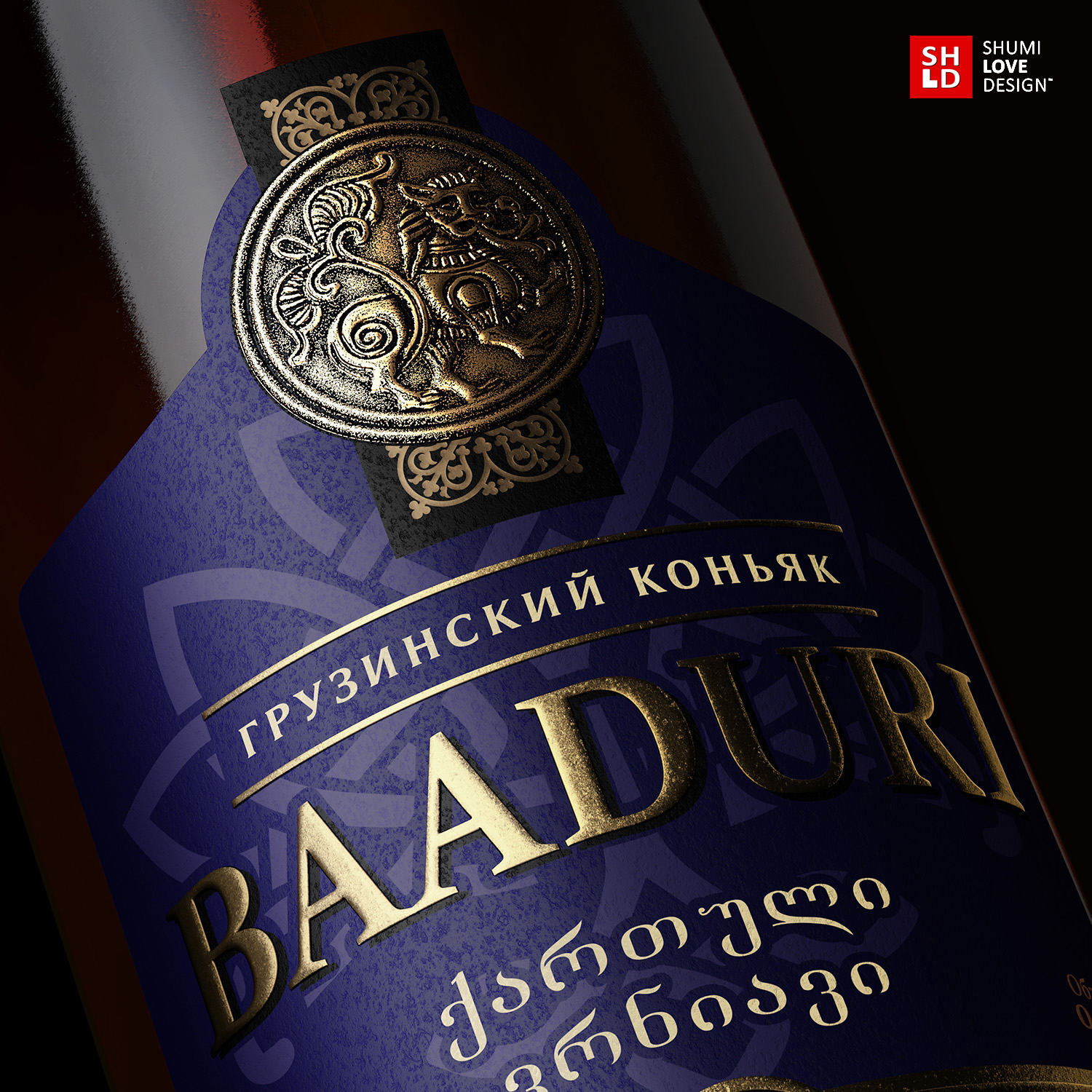