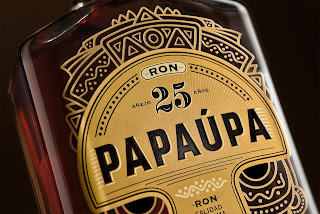 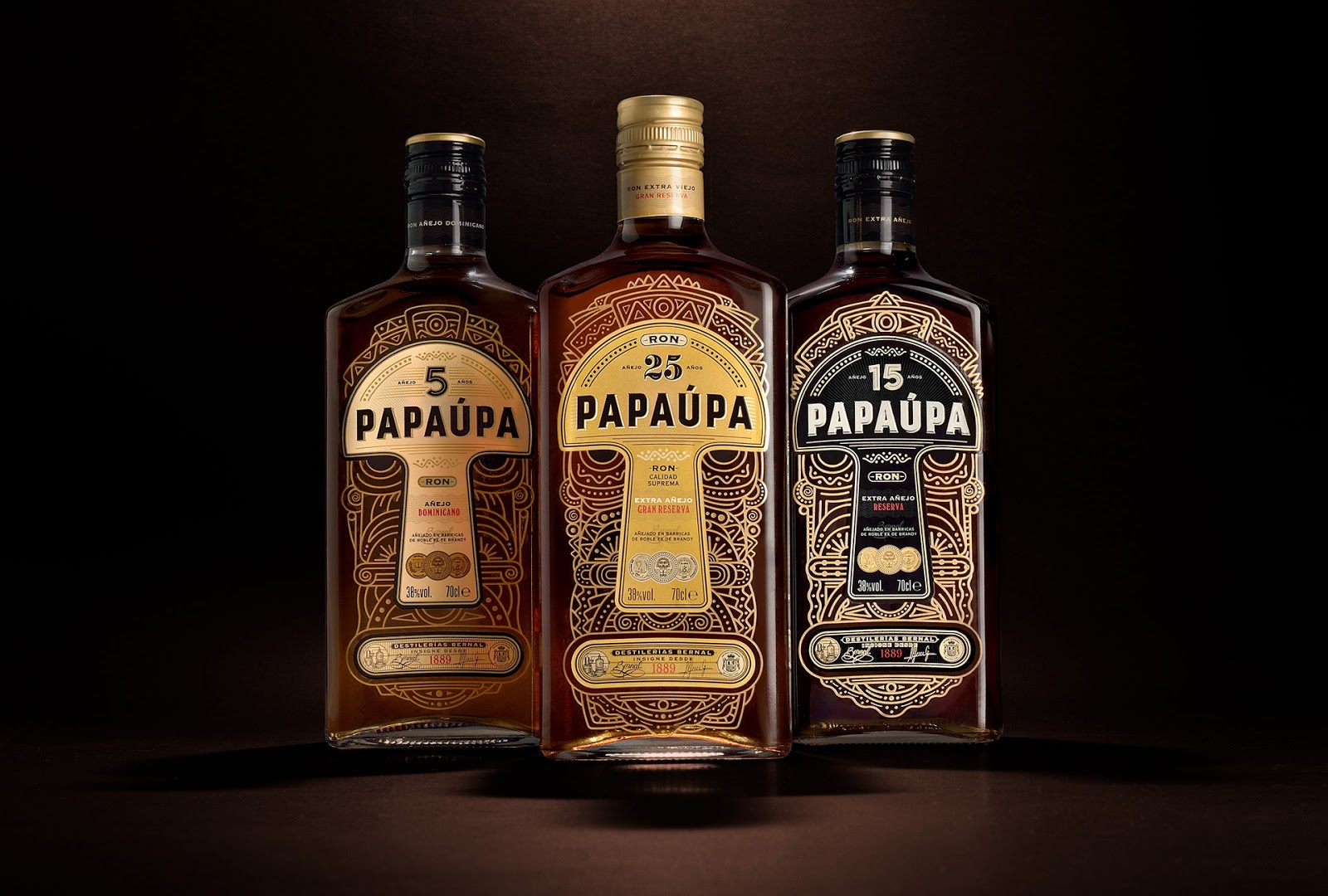 Bernal Distillery raises the challenge of creating a rum that will refresh your current Constitution, in a a younger audience, on summer nights, in a casual style. We could not however ignore its 80 years of history and the figure of its founder to which the old rum paid homage.

On the other hand the Dominican rum transmits in a habitual way values ​​and symbols of the time of the great caciques. We wanted to look further – to the origin of the Dominican spirit and also to the essence and personality of the Tainos, before the arrival of the colonizers. From this conjunction of elements, from the important person who was Don Bernal and from the Taíno essence of the Dominican comes the naming and later concept. We already had a name – PAPAUPA, an outstanding person.

The design of the label of Papa Papapa had to transmit his Dominican spirit. A Caribbean rum, aged on the shores of the Mediterranean in brandy barrels, as well as preserving the distillery seal in the whole. A graphic composed of organic strokes typical of the pre-Columbian culture of the island, which form a totem-like mask, which frames the rotund literals and seals of the distillery, composed of motifs of its own writing of foundation, back in 1929 An exercise of unification of worlds, different centuries and cultures, in a result full of light and relief.

The impression of the label in crystalline material, full of metallic nuances, cold stamping and reliefs, get round an outstanding result. A technically complex project, an impressive result, our PAPAÚPA. 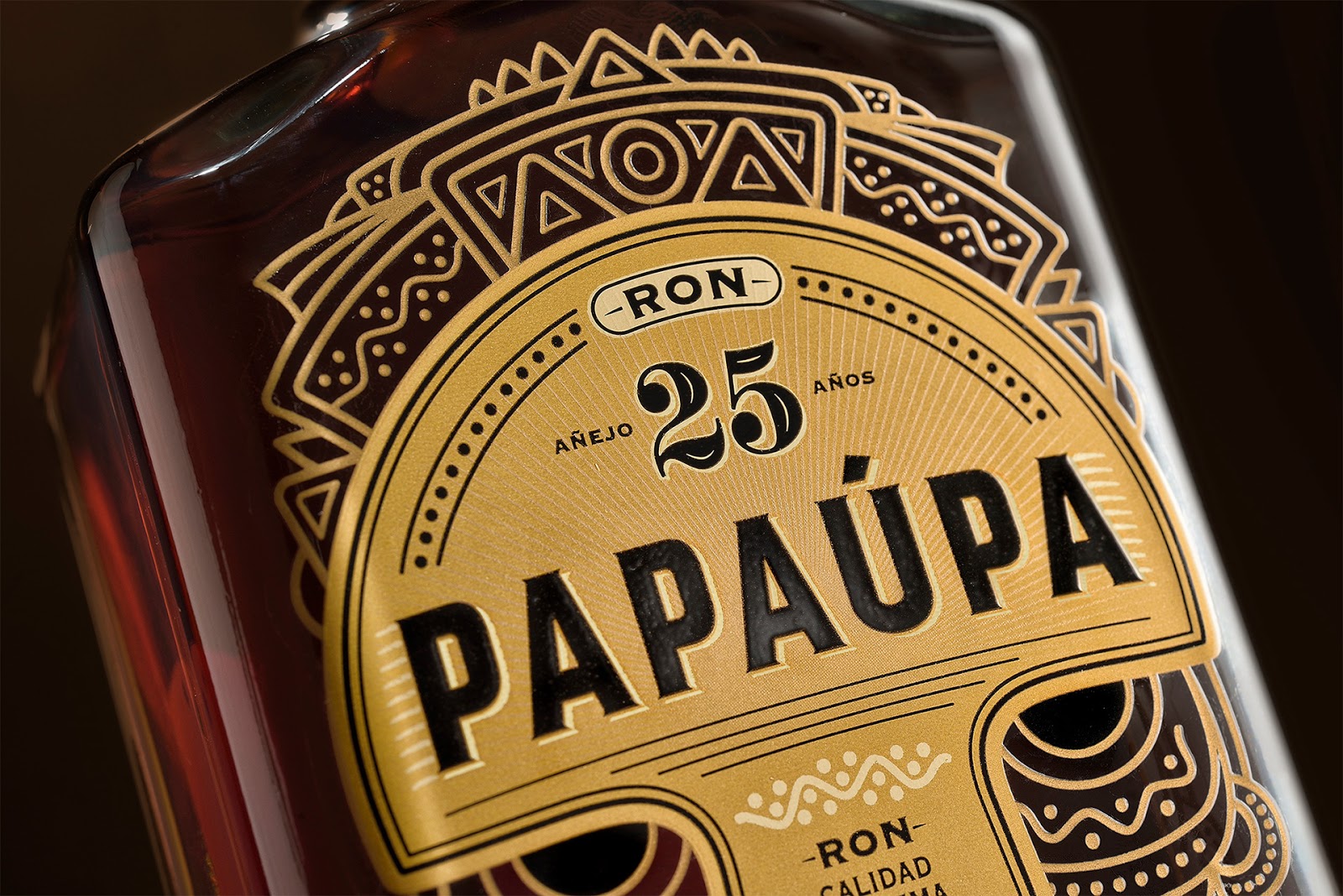 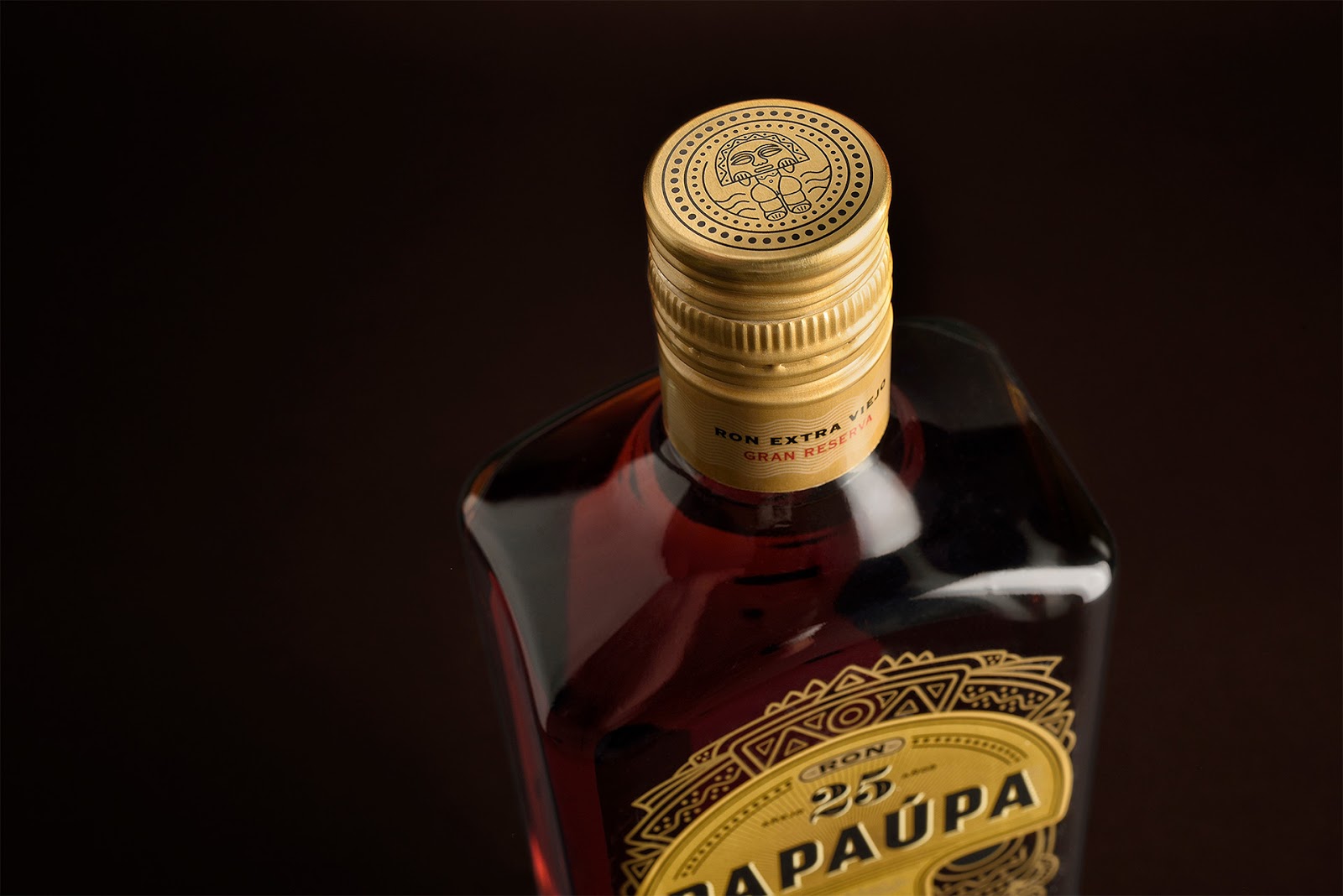 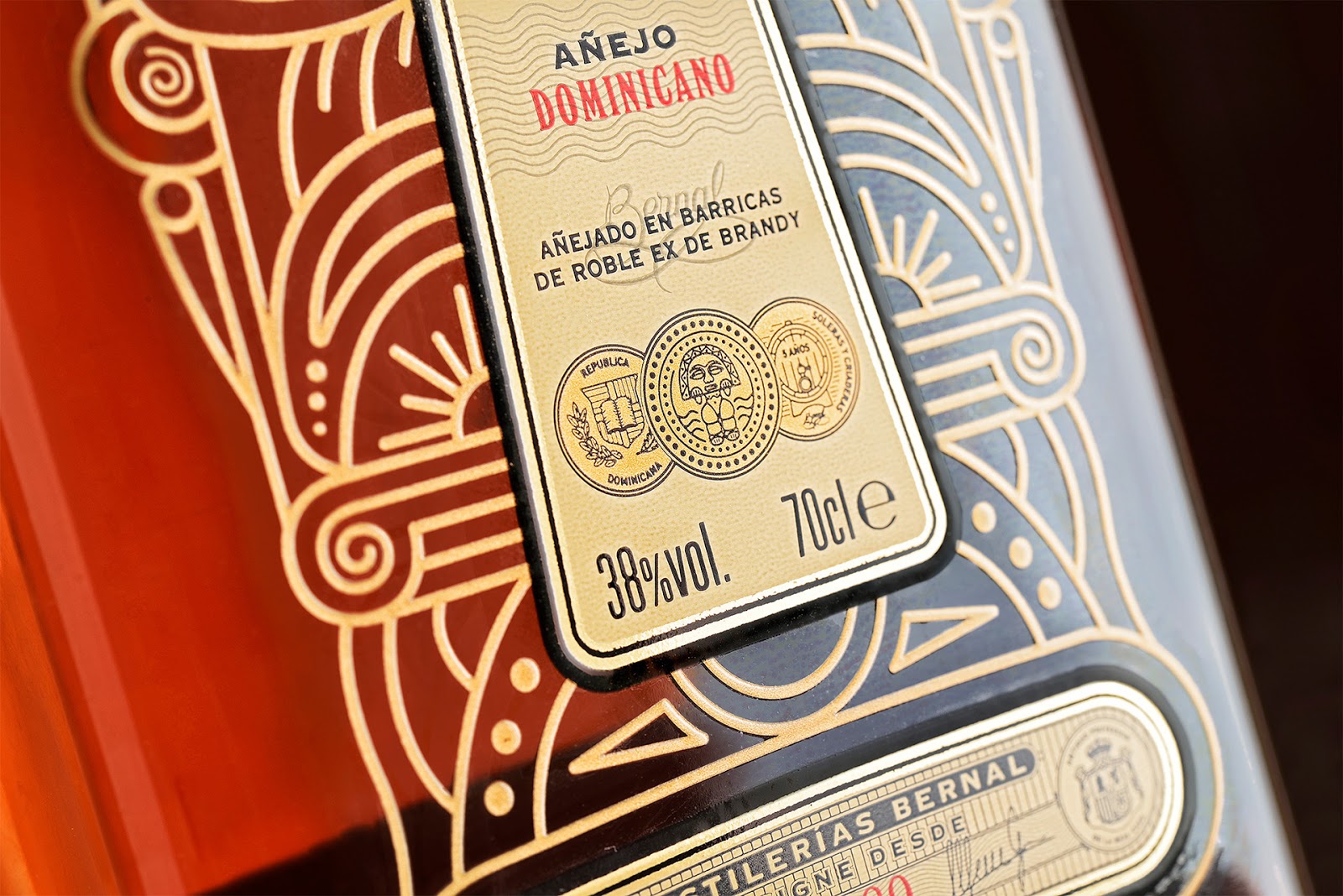 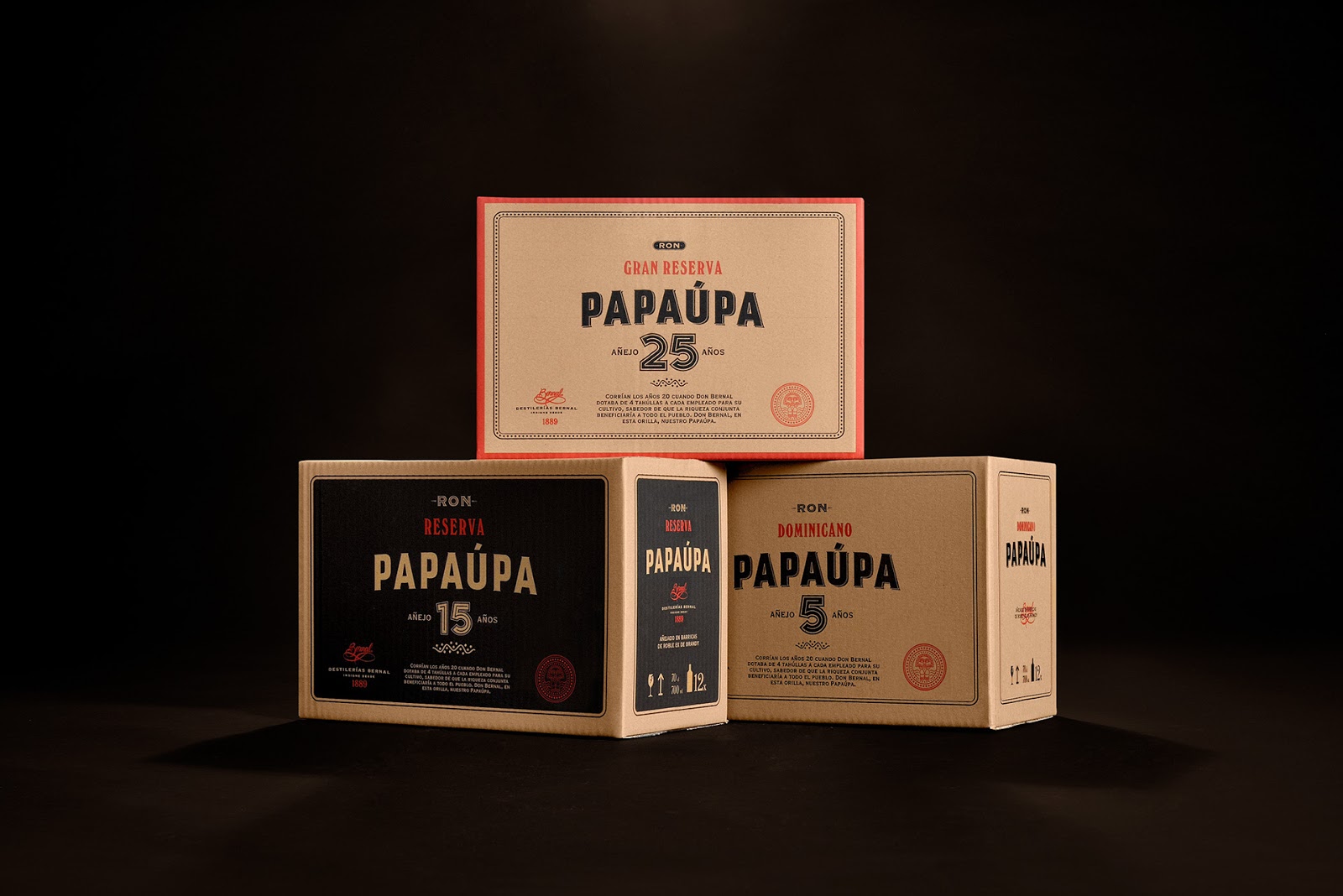 Saura, the wine born from the stone