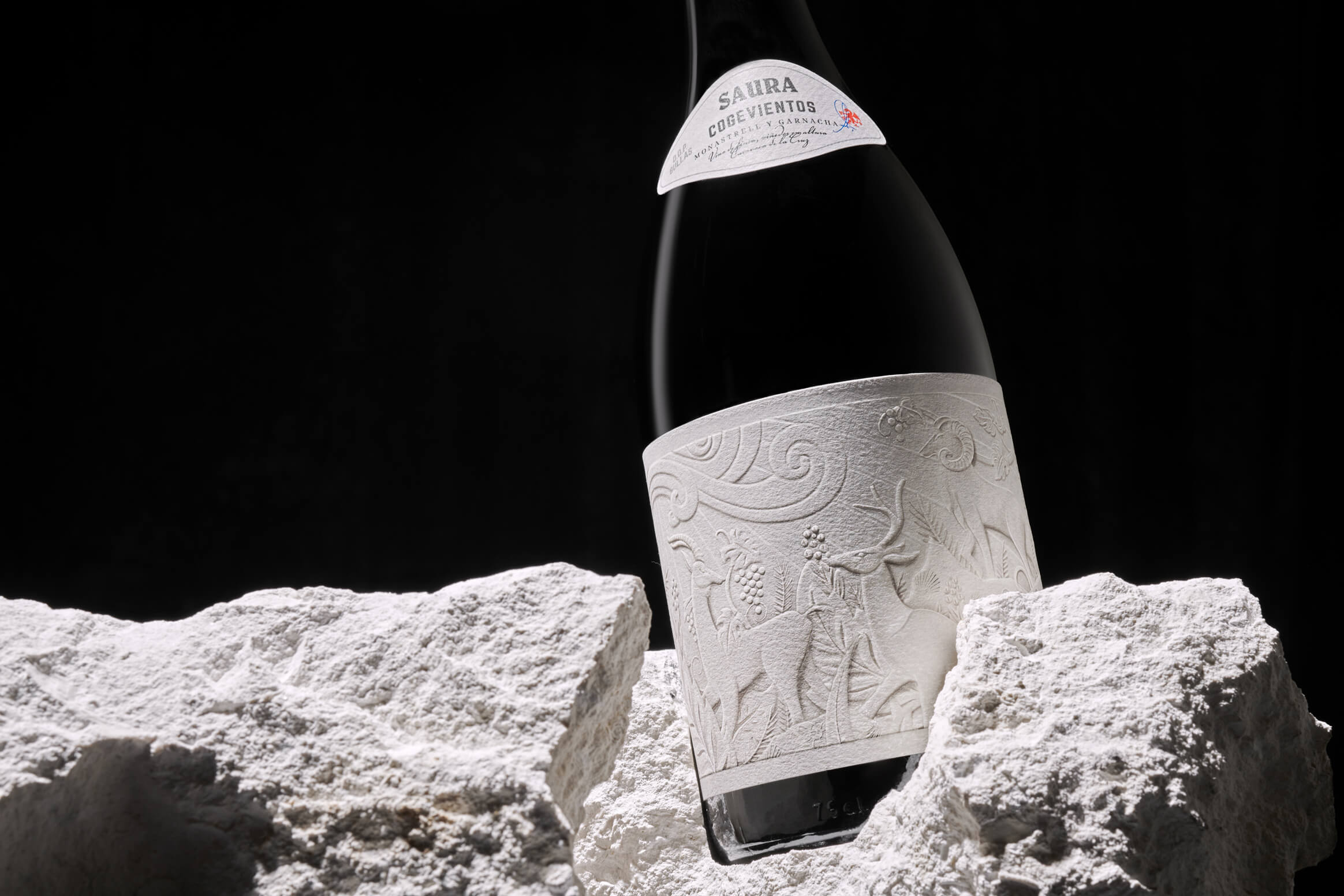 Saura, the wine born from the stone.

A comprehensive branding project for a winery whose value proposition goes far beyond wine and relies on the surrounding nature as the driving force behind the project.

This small winery is located in a unique place, a farm in the mountains in the municipality of Caravaca de la Cruz, which houses in its territory numerous species of fauna and vegetation, which coexist with small terraces of vineyards immersed in the forest.

The most special and limited edition, under the name of Mesías, marks each numbered bottle on its band, sealing the cork with sealing wax in a traditional way.

The winery’s coat of arms features the heraldic symbol of the Saura surname, which shows a dragon emerging from a cave. A concept that rounds off the graphics, as the estate has numerous caves, including La Cueva Negra, an archaeological and anthropological site of great value.

The most special and limited edition, under the name of Mesías, marks each numbered bottle on its band, sealing the cork with sealing wax in a traditional way.

The family consists of three wines, Mesías, Cogevientos and Cauro Ventum. The differentiation of the top range is marked by the colour sealing as well as a slight darkening of the stone.

Cauro Ventum, the entry wine of the range reflects its freshness in a more illustrated narrative, abandoning the reliefs without losing the magic of the place. 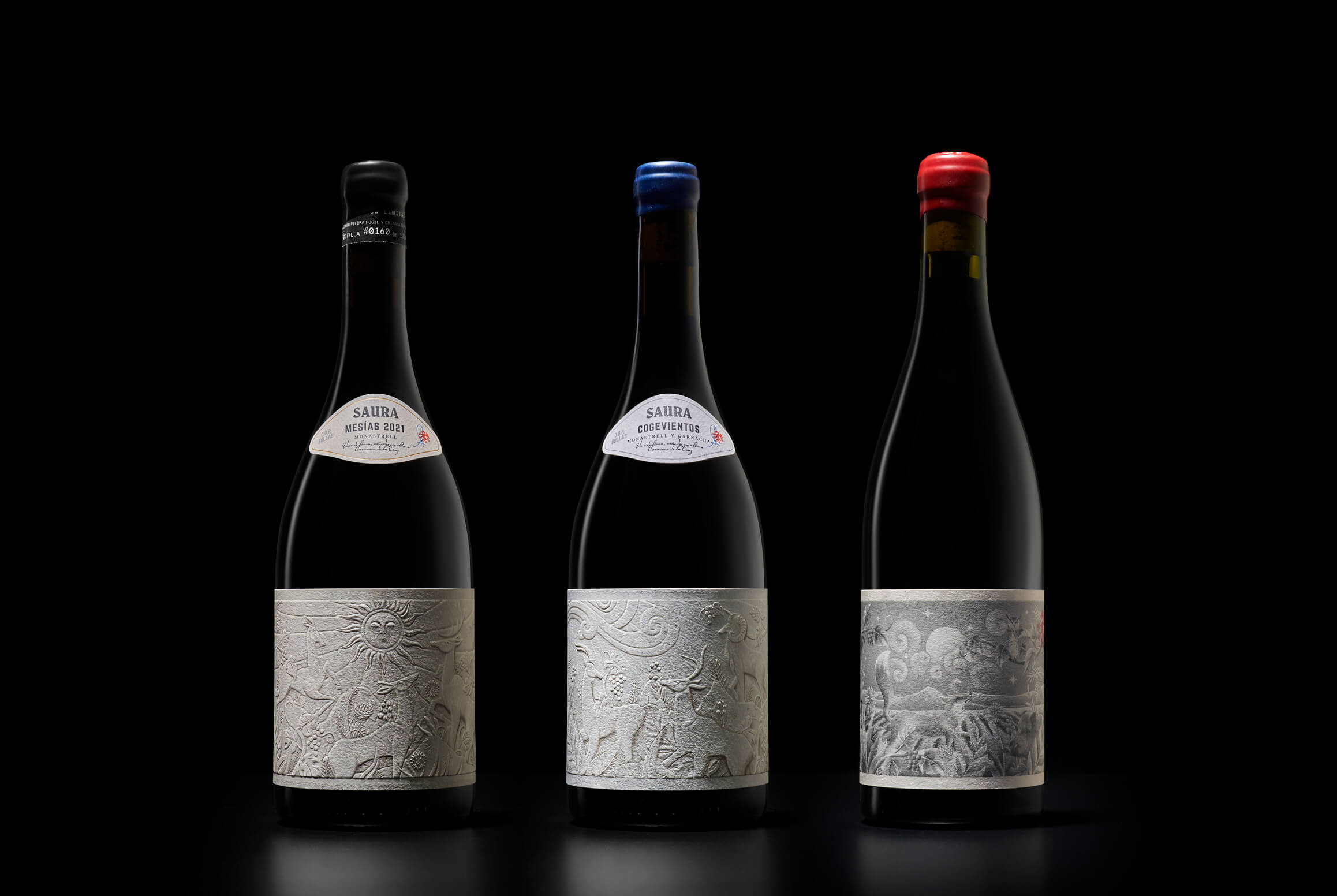 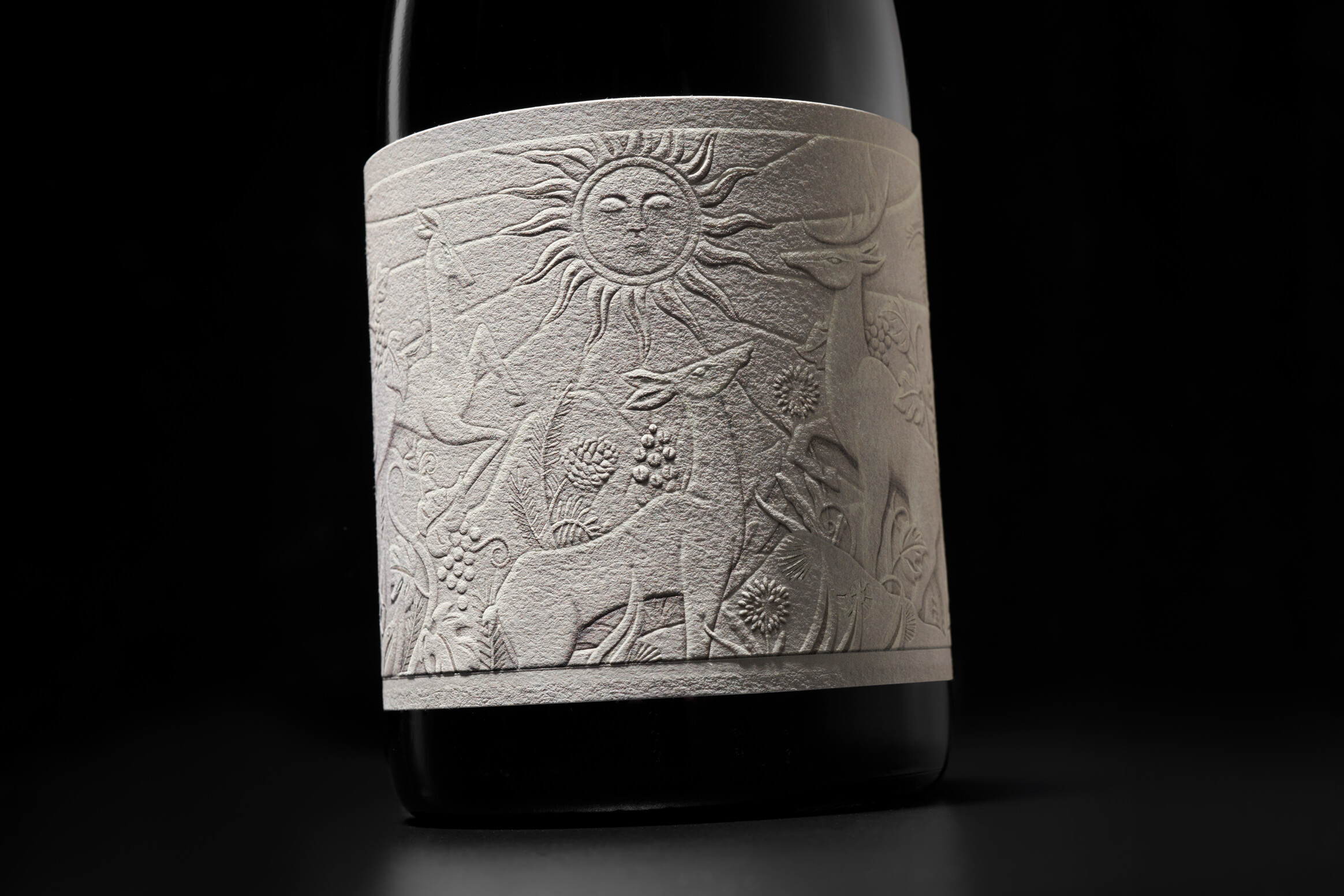 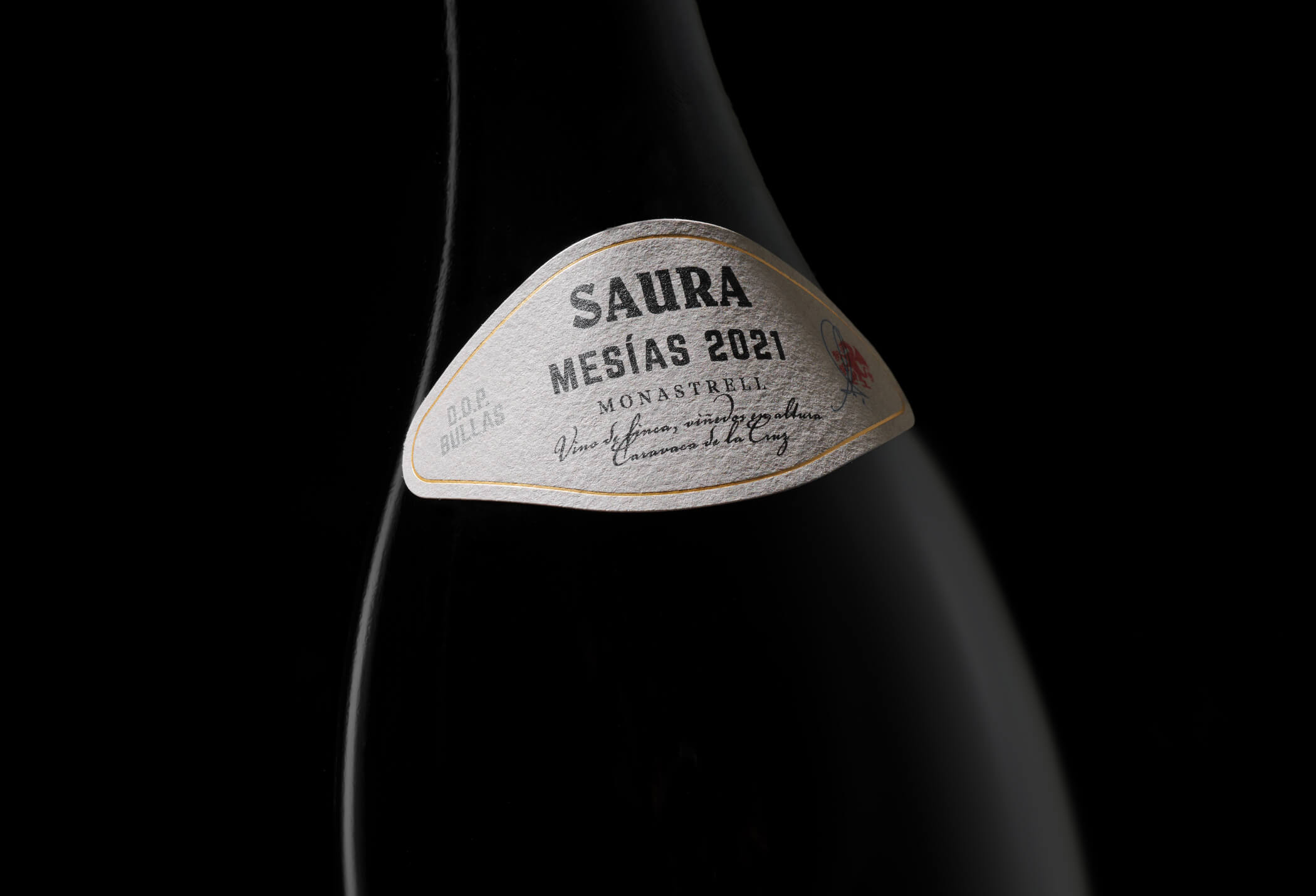 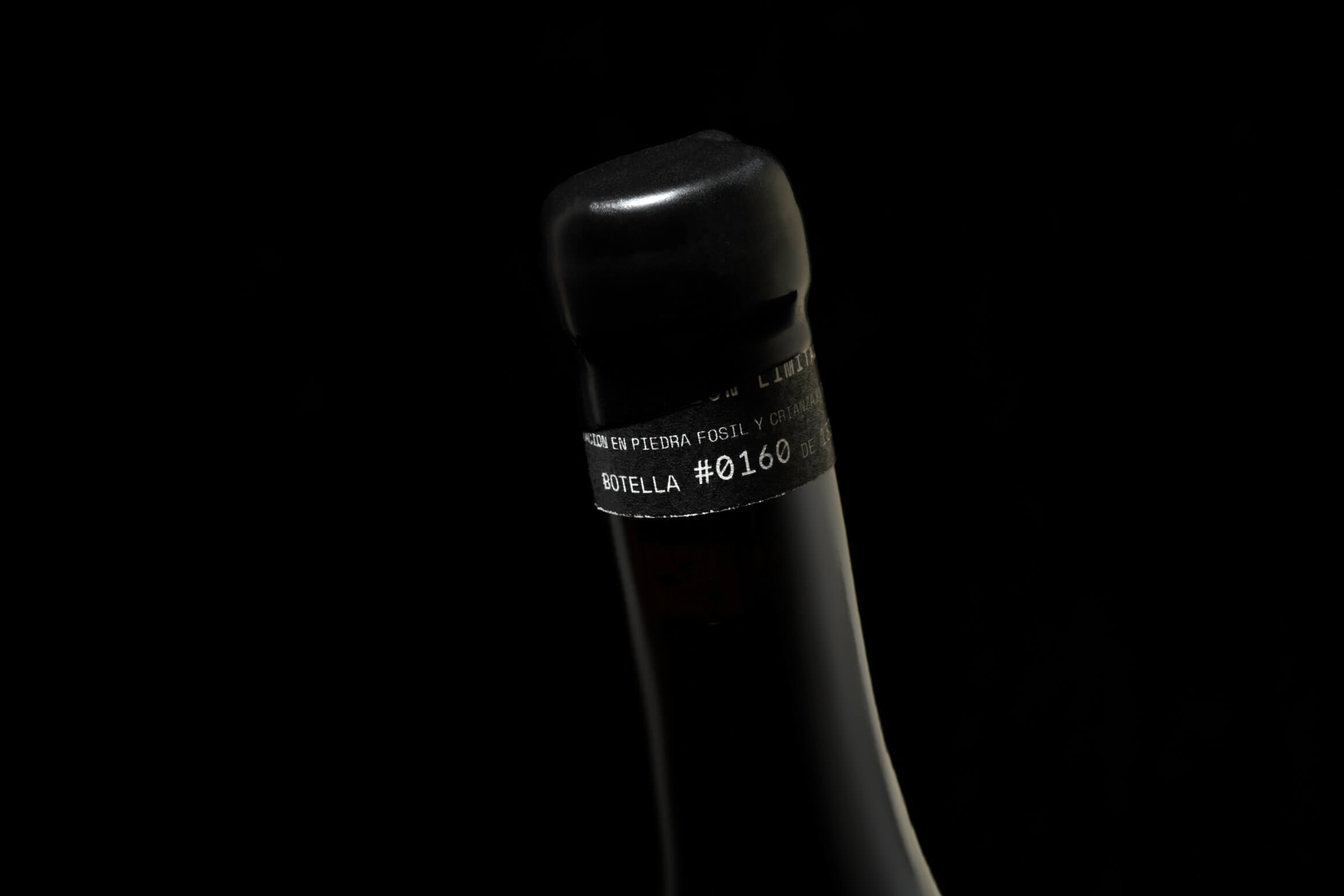 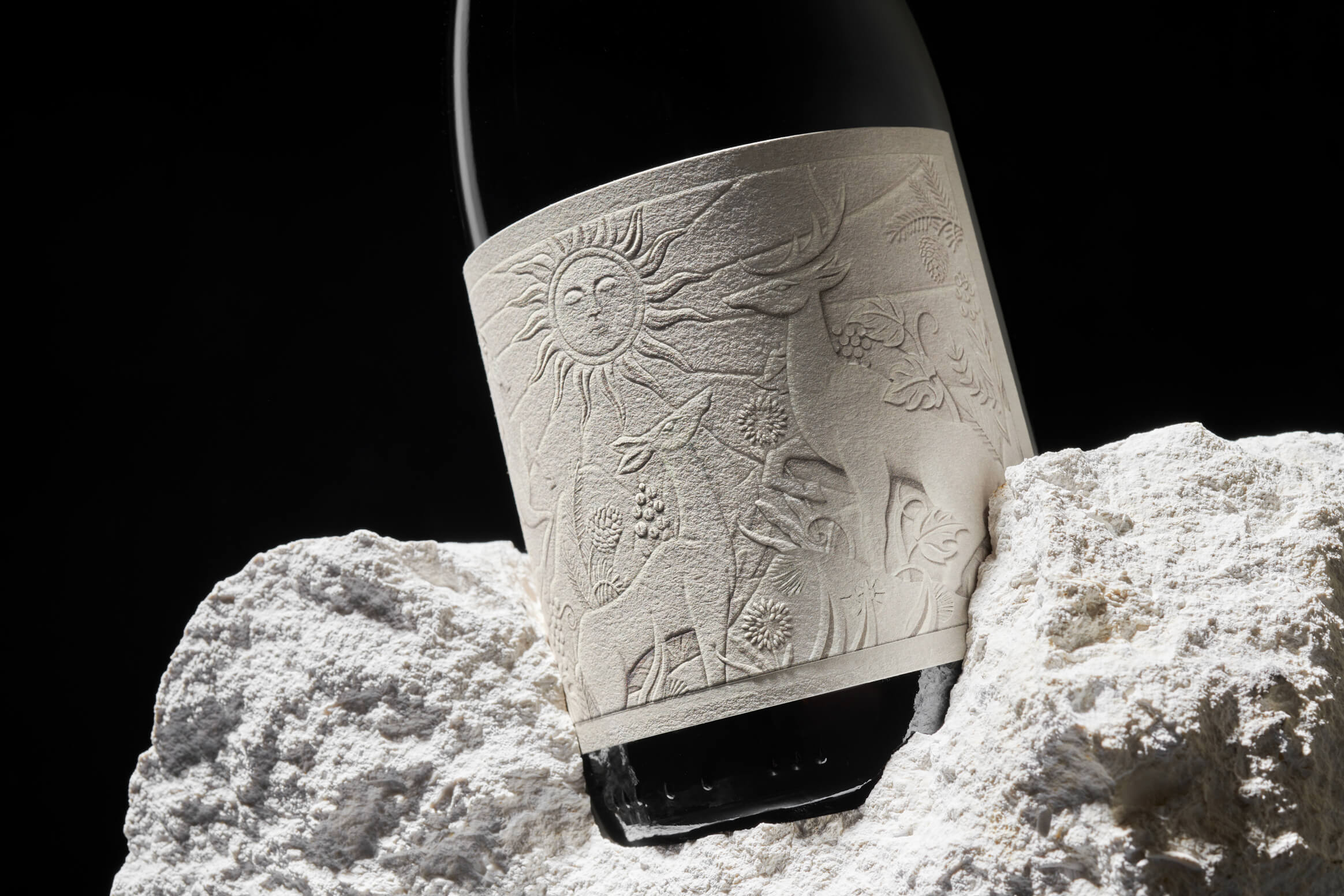 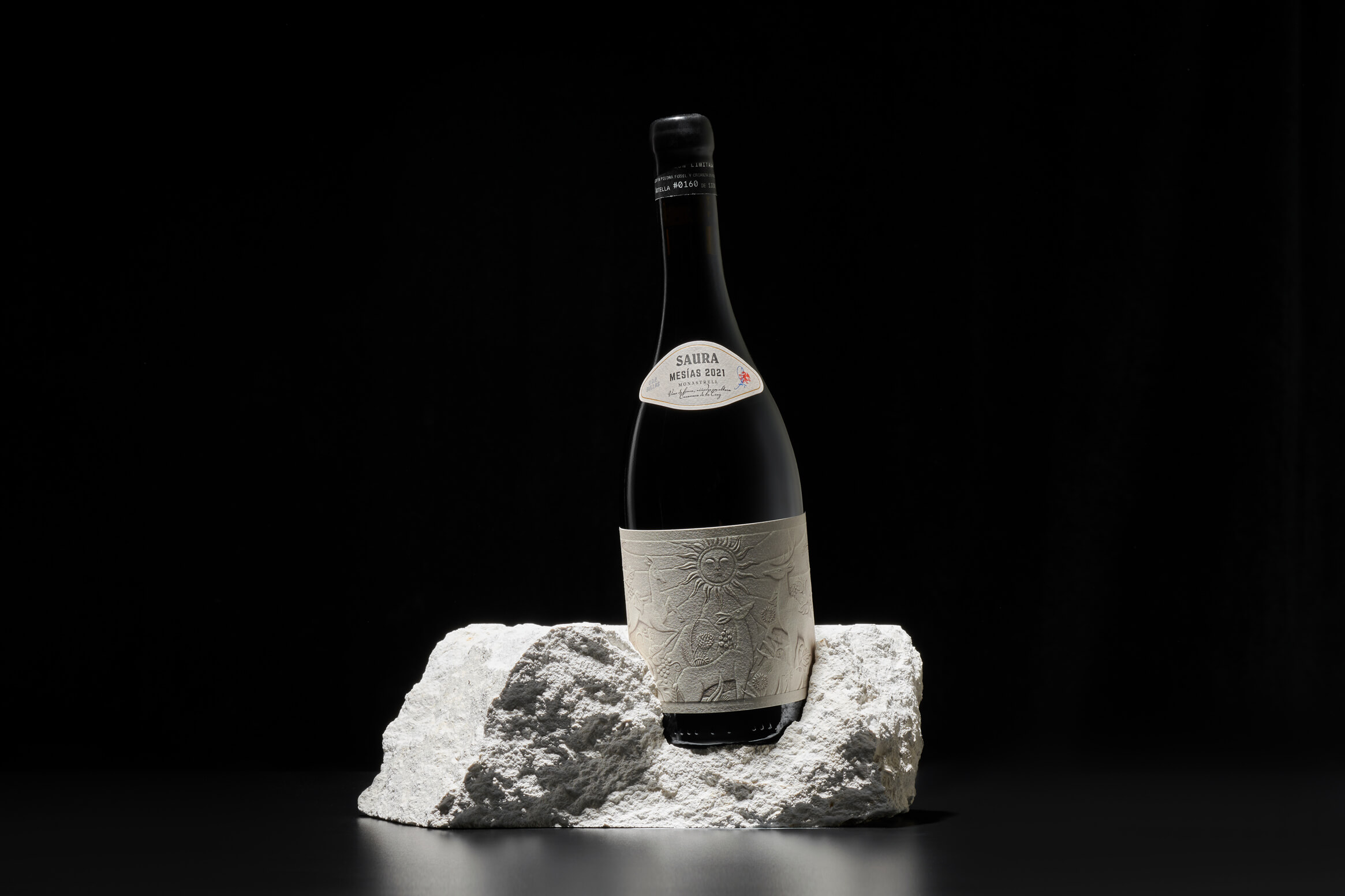 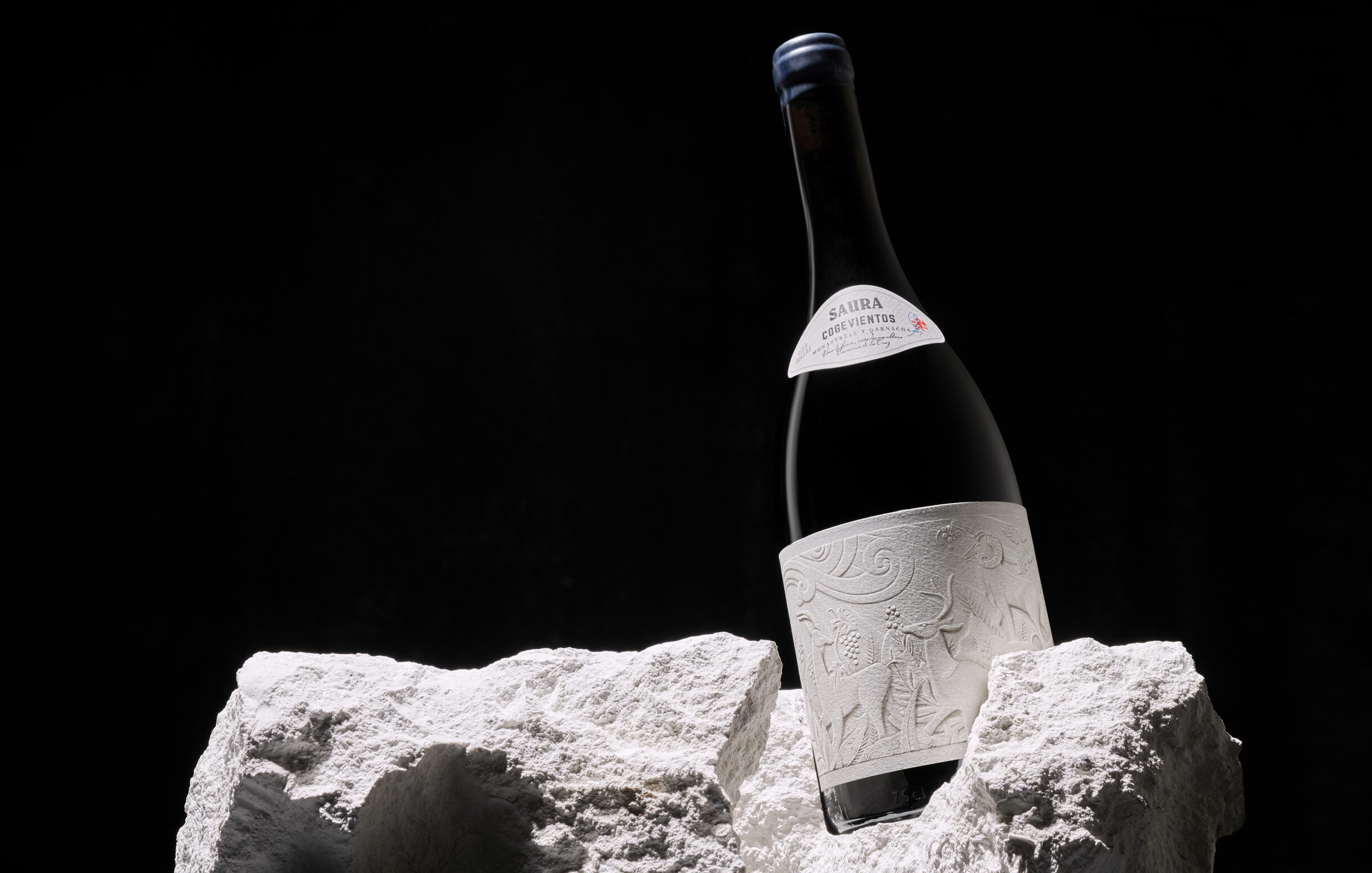 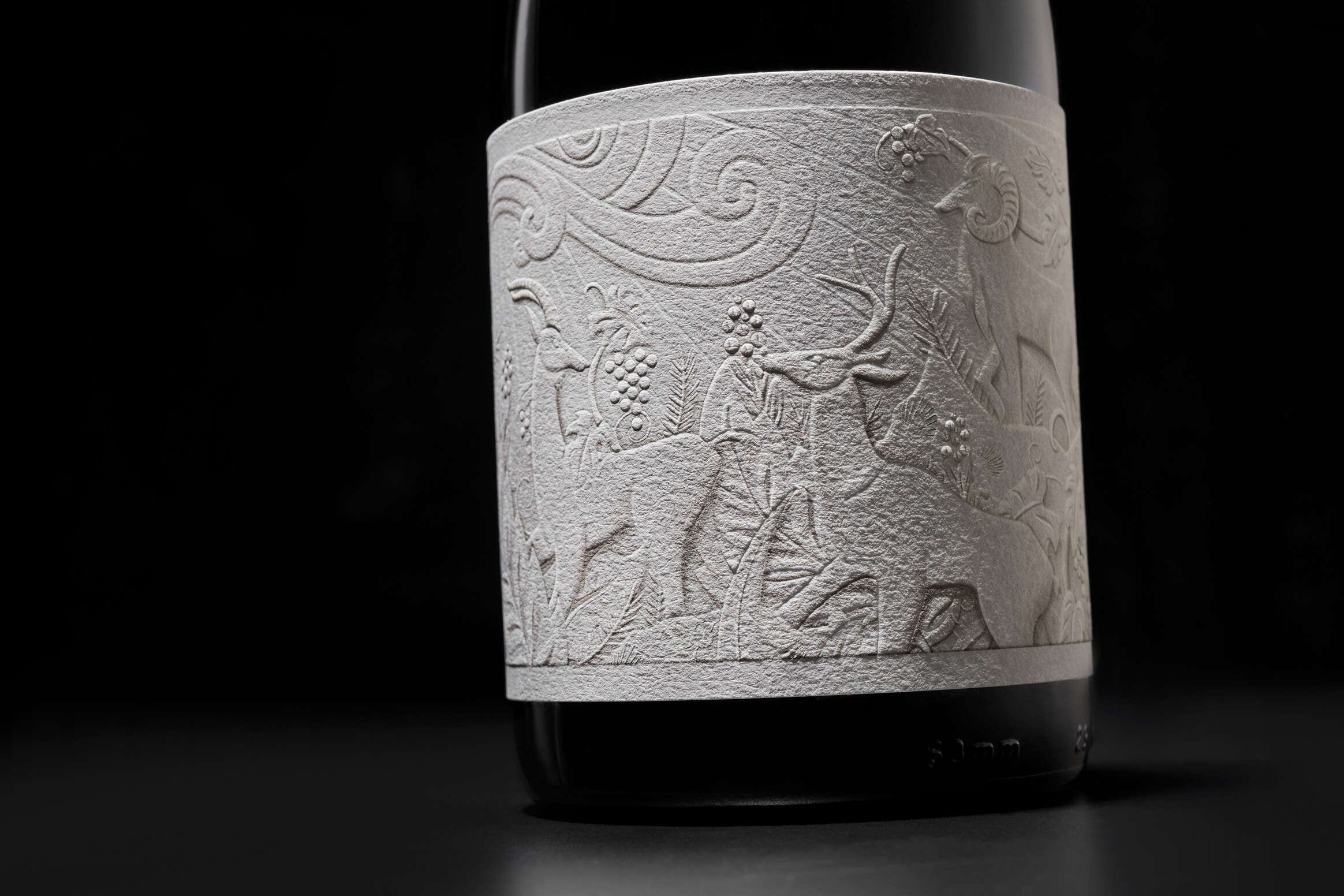 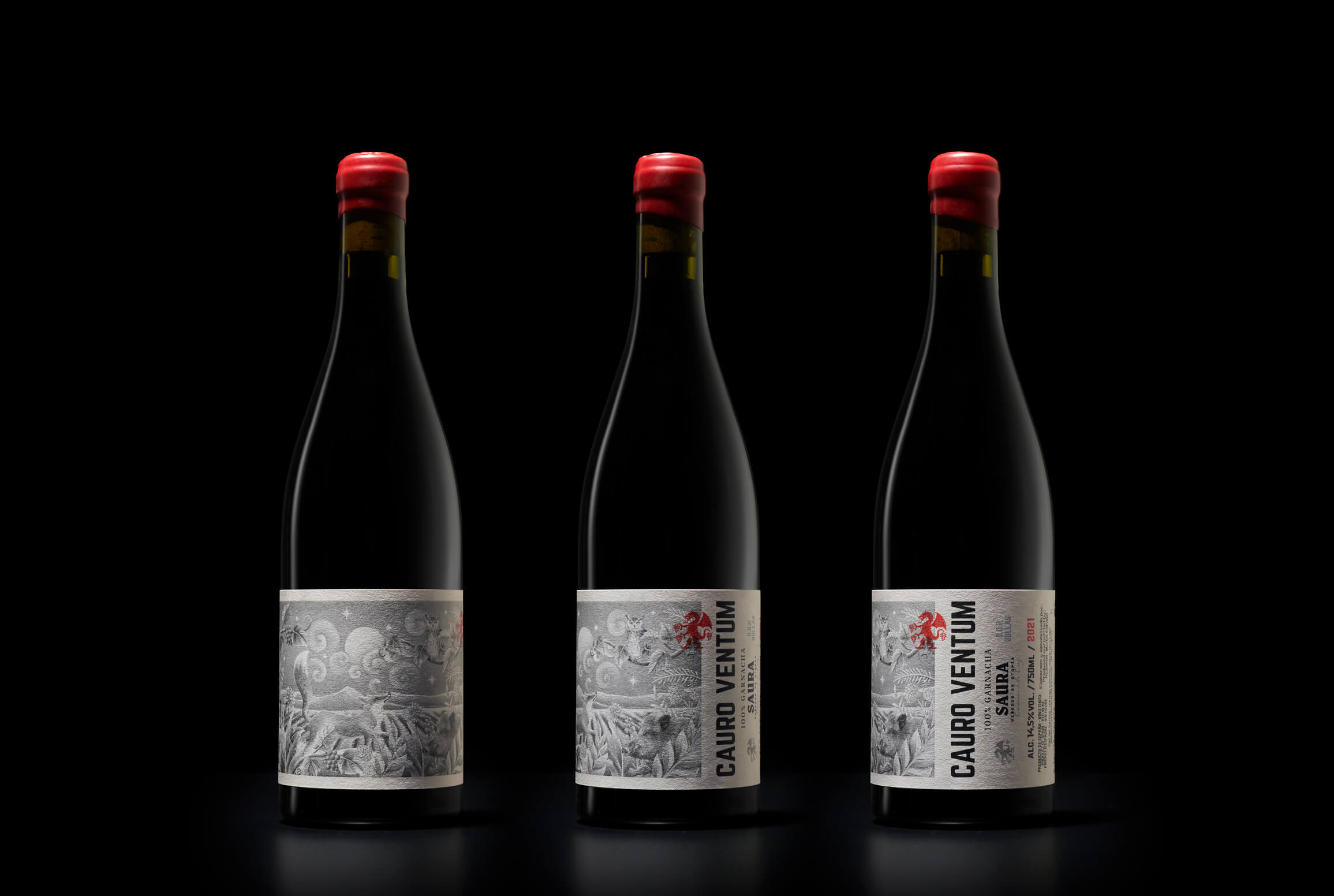 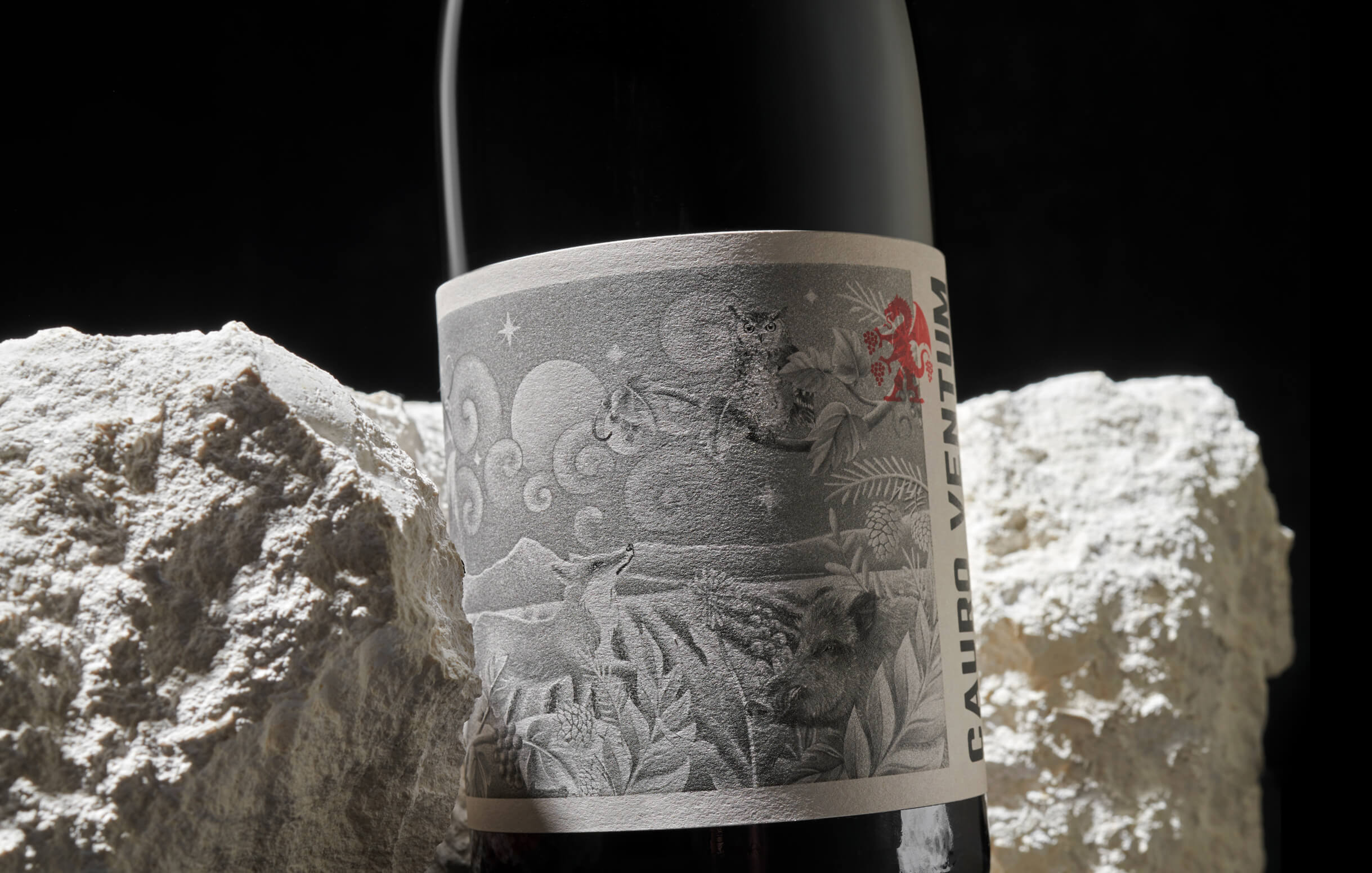 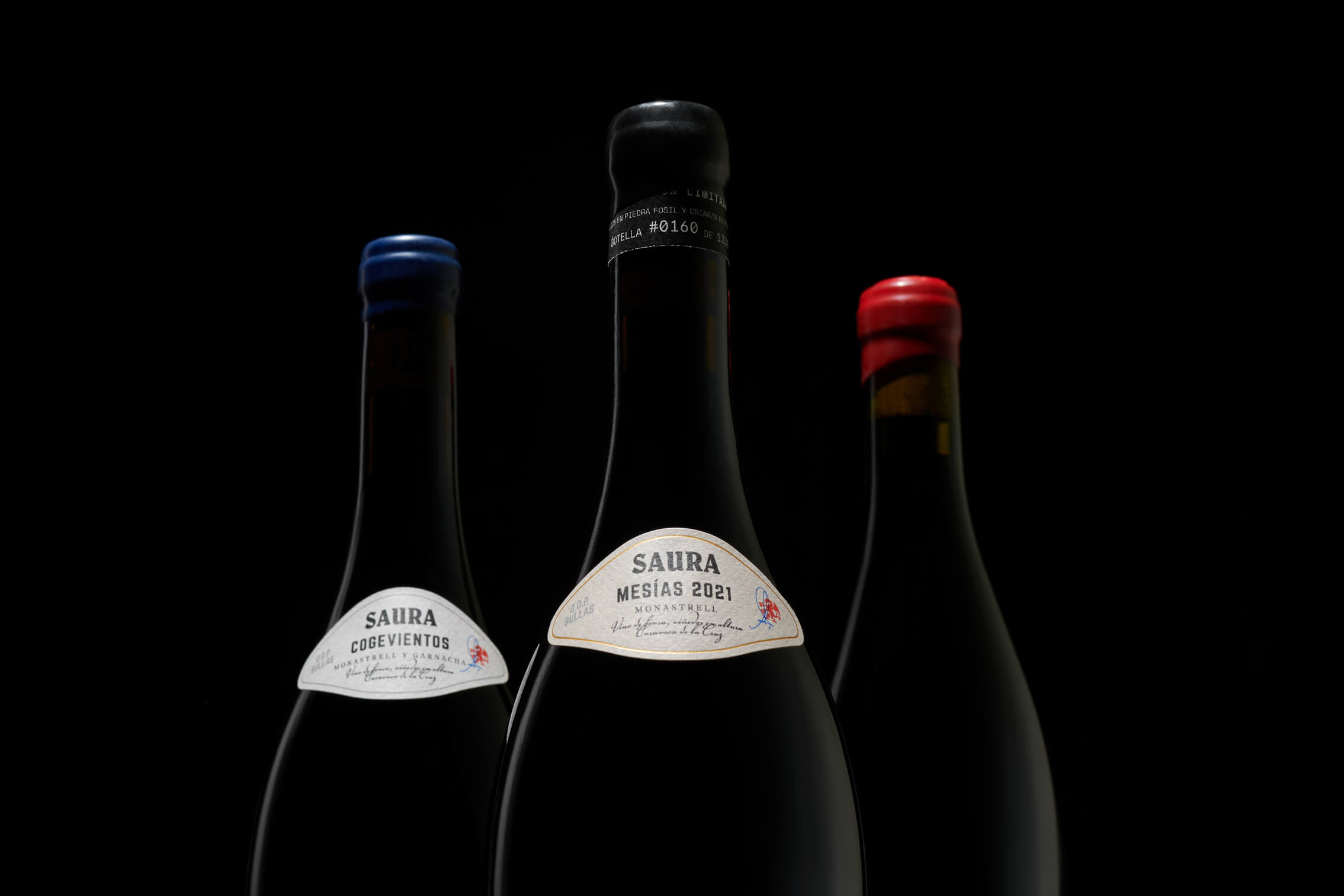 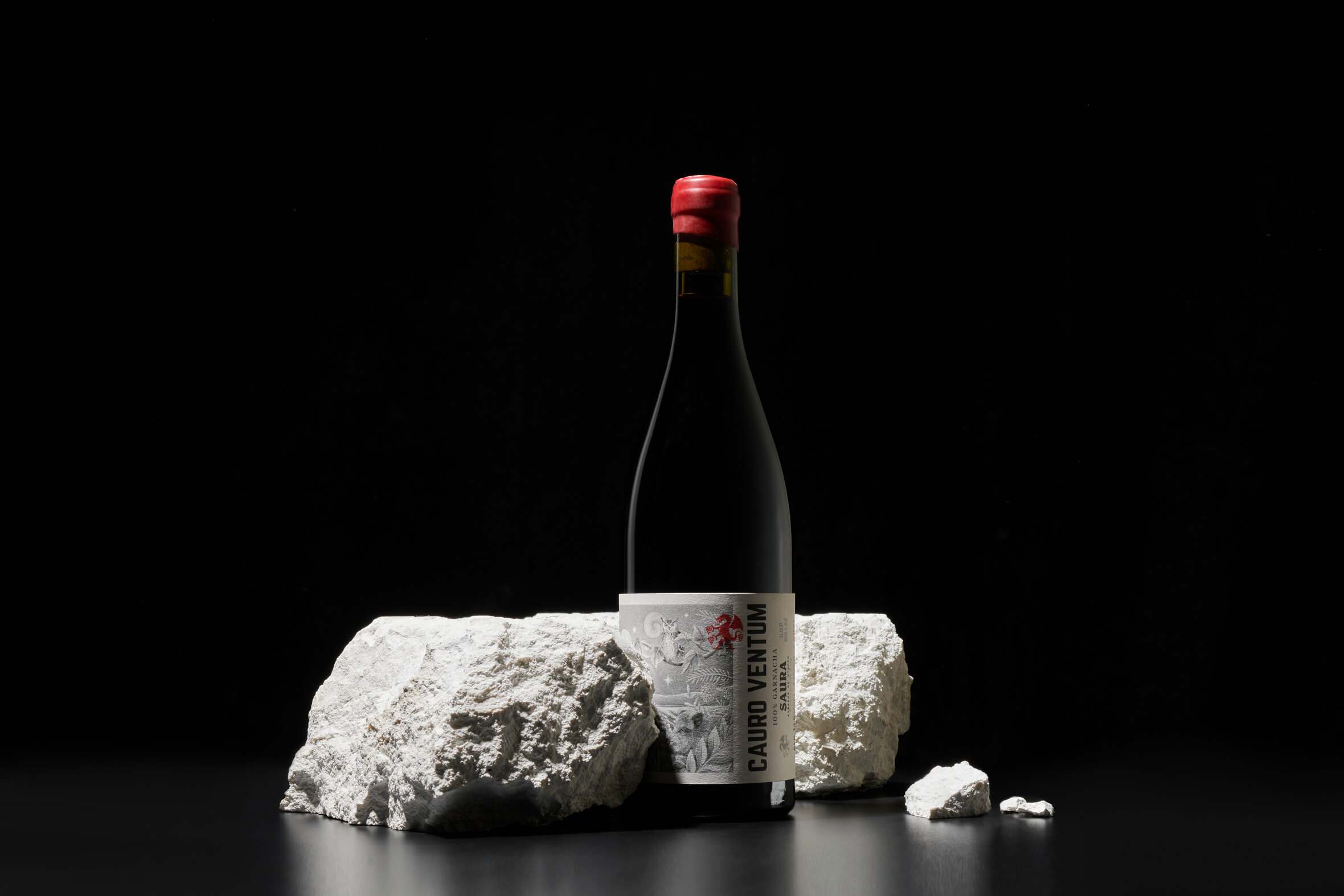