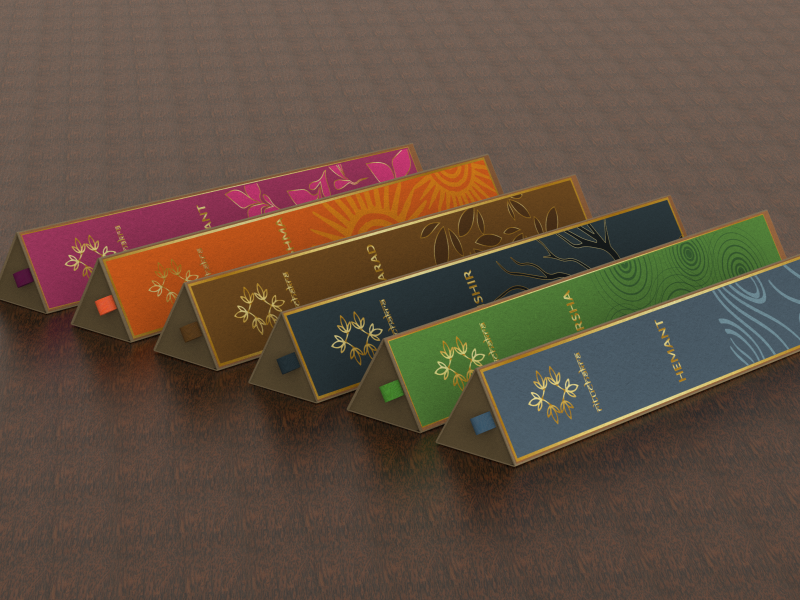 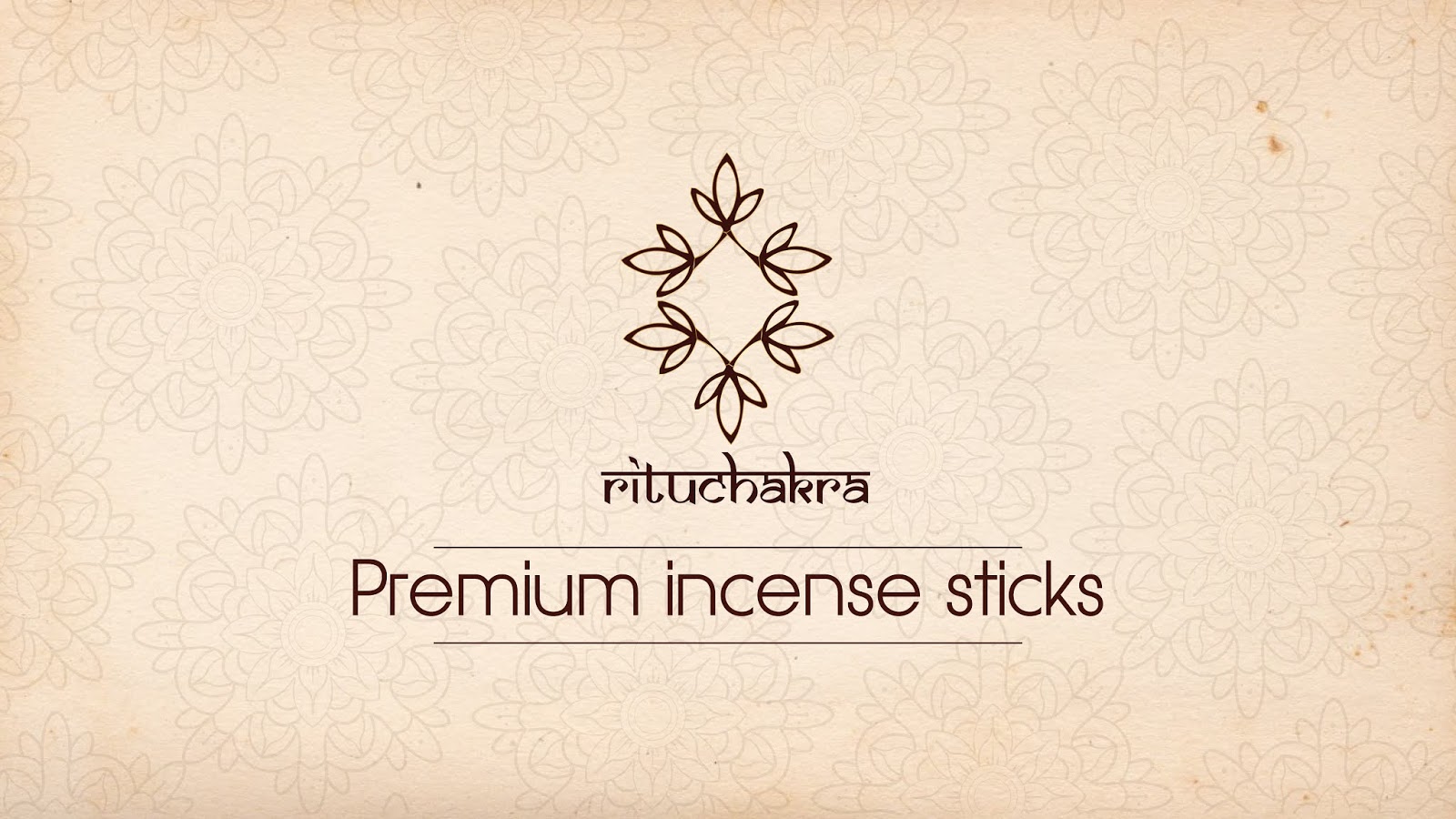 BACKGROUND: Since Vedic times, people of Hindu faith across India and South Asia have been following the Hindu calendar for Hindu festivals and other auspicious occasions. Throughout the year, according to the Hindu calendar, there are six seasons in India- Spring (Vasant Ritu), Summer (Grishma Ritu), Monsoon (Varsha Ritu), Autumn (Sharad Ritu), Pre-winter (Hemant Ritu), and Winter (Shishir or Shita Ritu)

Vasant(spring): When the leaves of trees fall, when new leaves emerge, when buds play their magic, when butterflies and eyebrows decorate them, it is the onset of the spring season. This season in India starts from mid-February and lasts till April. It is considered one of the most beautiful seasons in the country.

Grishma(summer): Summer or Grishma Ritu (April till June) are the months when the weather turns gradually hotter across many parts of India.

Varsha(monsoon): From June, it starts raining across entire India which indicates the start of Monsoon season or Varsha Ritu (as per Hindu Calendar). This season lasts until August.

Sharad(autumn): This season starts from mid- August and lasts till September. Autumn is the season after the rainy season and before the pre-winter season.

Hemant(pre-winter): The time before winters are called pre-winter (mid-October-December) or we can also call it Hemant Ritu. Pre-winter is the season after autumn and before the winter season

Shishir(winter): The time before winters are called pre-winter (mid-October-December) or we can also call it Hemant Ritu. Pre-winter is the season after autumn and before the winter season ABOUT PROJECT:
A hypothetical range of incense sticks. “Rituchakra” (ritu= seasons; chakra= cycle; ritu+chakra=rituchakra, i.e, the cycle of seasons) that gives an essence of the seasons that occur according to the Hindu calendar. This is a series that has 6 fragrances for all the 6 seasons. It will have all assorted fragrances that let you experience the seasons and helps you uplift your mood once lit up. The audience this brand targetting is mostly people who wish to spend peaceful quality times, yoga & wellness centers & spa centers.

Grishma Ritu: Line art as a motif for the sun. This motif has been used to depict the summer season, i.e., GRISHMA RITU. The yellow color conveys the warmth of the Grishma Ritu.

Varsha Ritu: The concentric circle pattern depicts the ripples that are created when the raindrops fall on any water body. This illustration depicts the VARSHA RITU, i.e., Monsoons in India. Thus the lush green color of the ripple depicts the greenery that is spread all around during the monsoons.

Sharad Ritu: The trees tend to shed all their leaves during the autumn, i.e., SHARAD RITU. Hence the falling leaves and the dull neutral/brown color depicts the autumn season.

Hemant Ritu: The pattern is the wind direction pattern that occurs during winter in India. Because during the HEMANT RITU, the atmosphere becomes cool and breezy.
The tint of blue and the flowy lines depict cold & breezy season.

Shishir Ritu: The motif I used is of a tree that has completely shed its leaves, because in winters i.e., SHISHIR RITU, no leaves are remaining on the branches of the tree. Also because the winters in India are very harsh and dry. What’s Unique?
Using a triangular tube box makes the box stand out when kept with its competitors in a retail outlet. This particular form of the packaging helps to stack up multiple boxes easy, which in turn makes the transport of the boxes in large numbers easier.

The use of parchment paper as a wrap around the bundle of incense sticks avoids spoilage of the packaging box & loss of perfume from the incense sticks.

A small ribbon on the top of the box makes it handle. The graphics & colors on the box depict how vibrant and variant the Indian culture is. 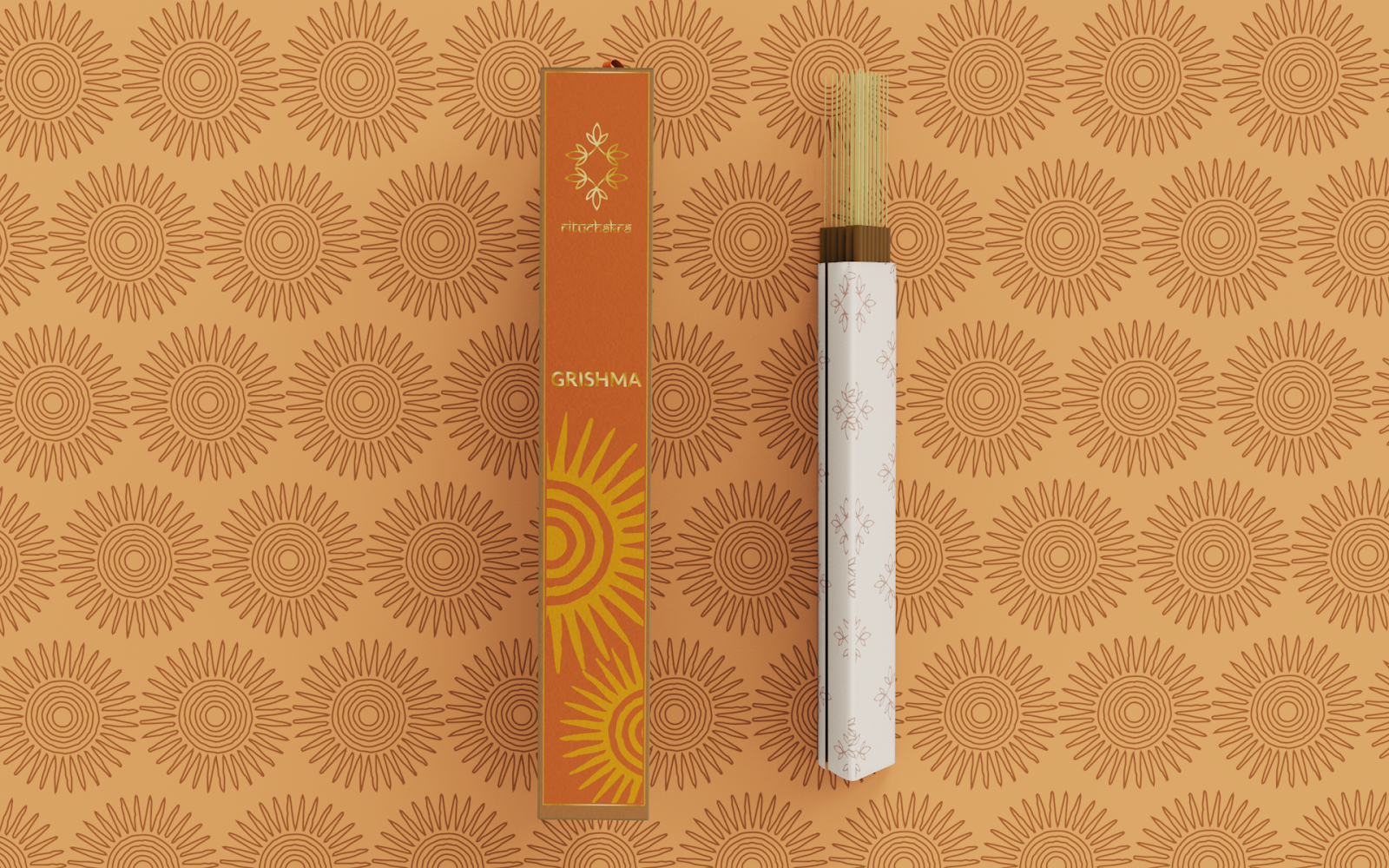 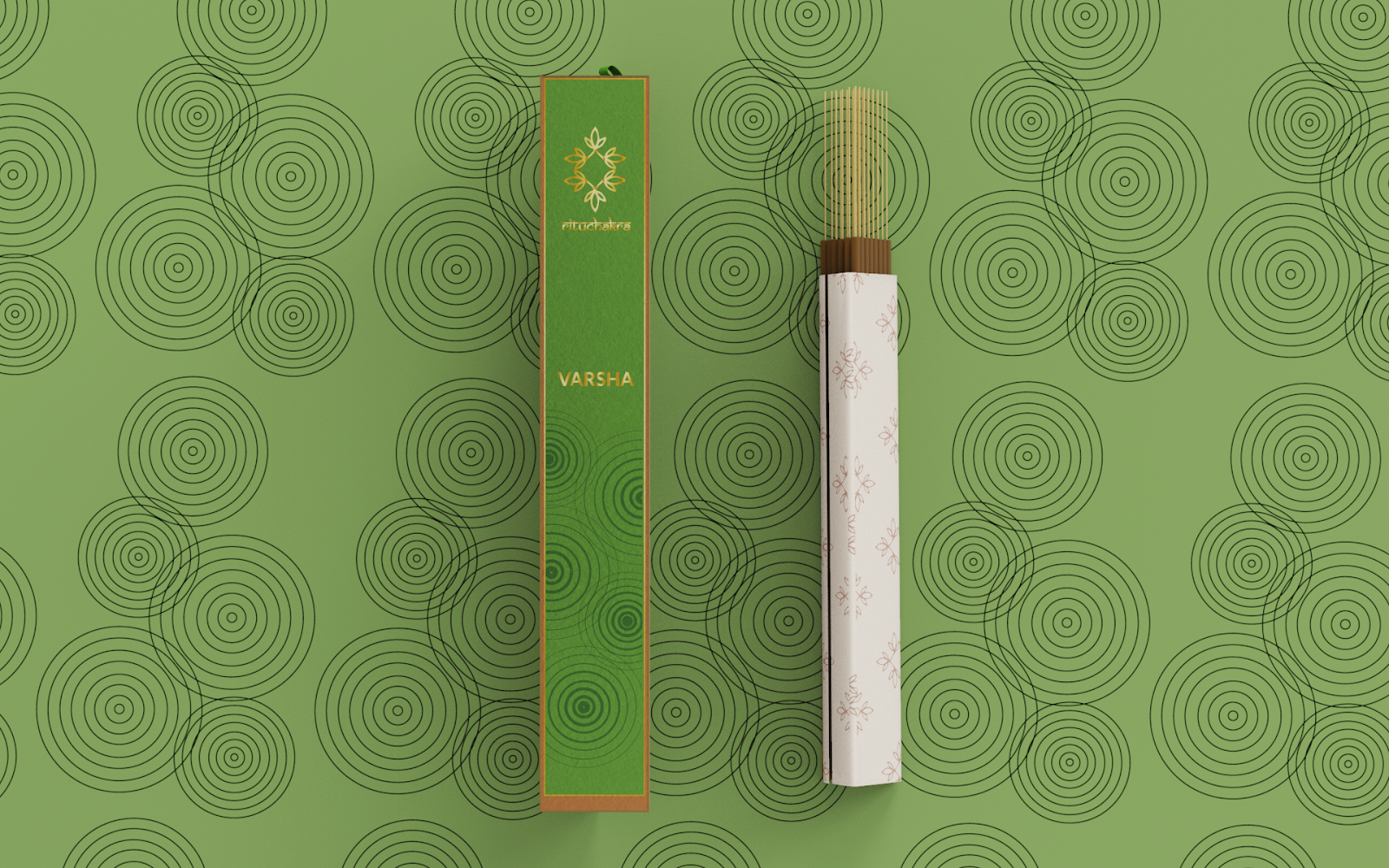 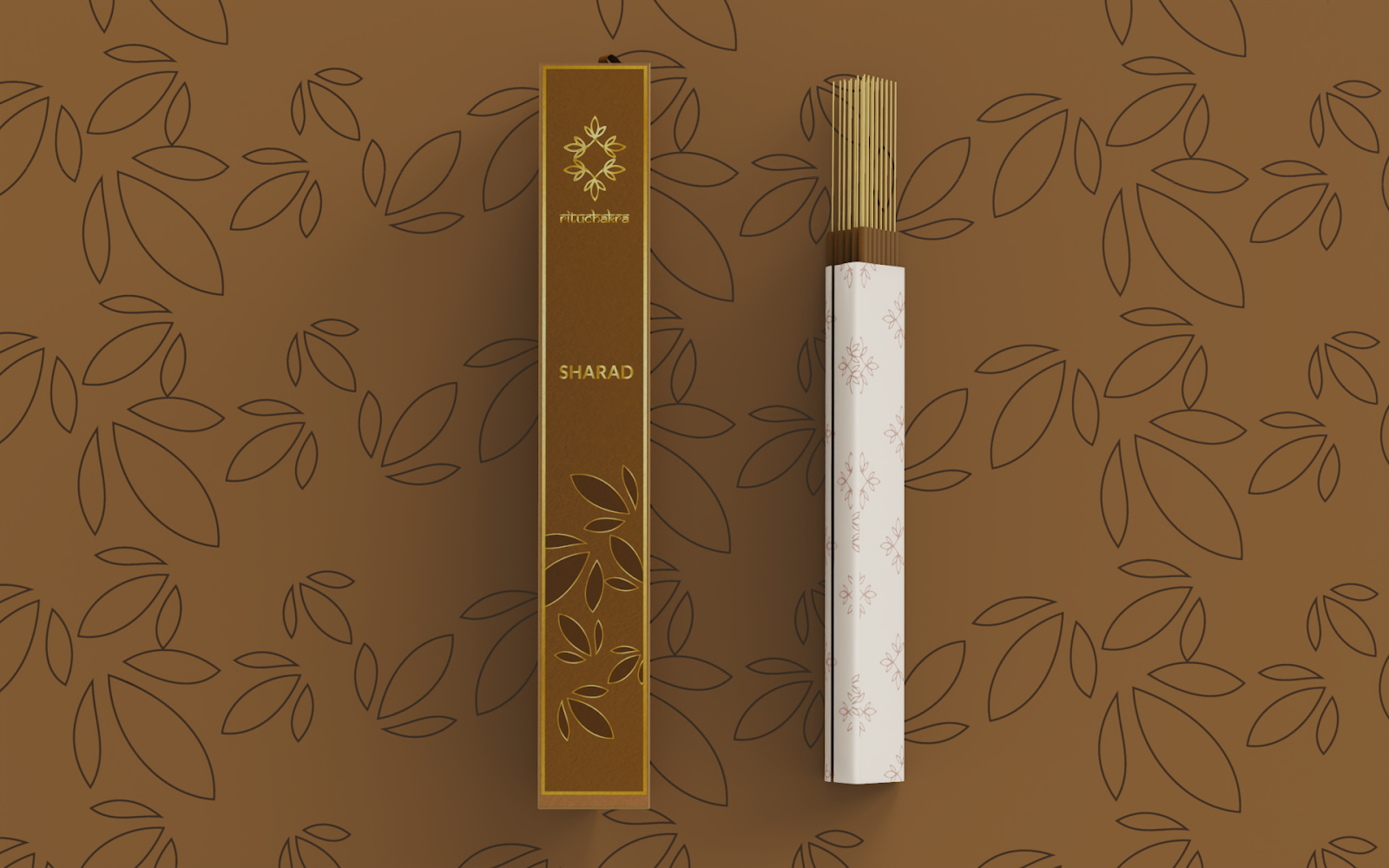 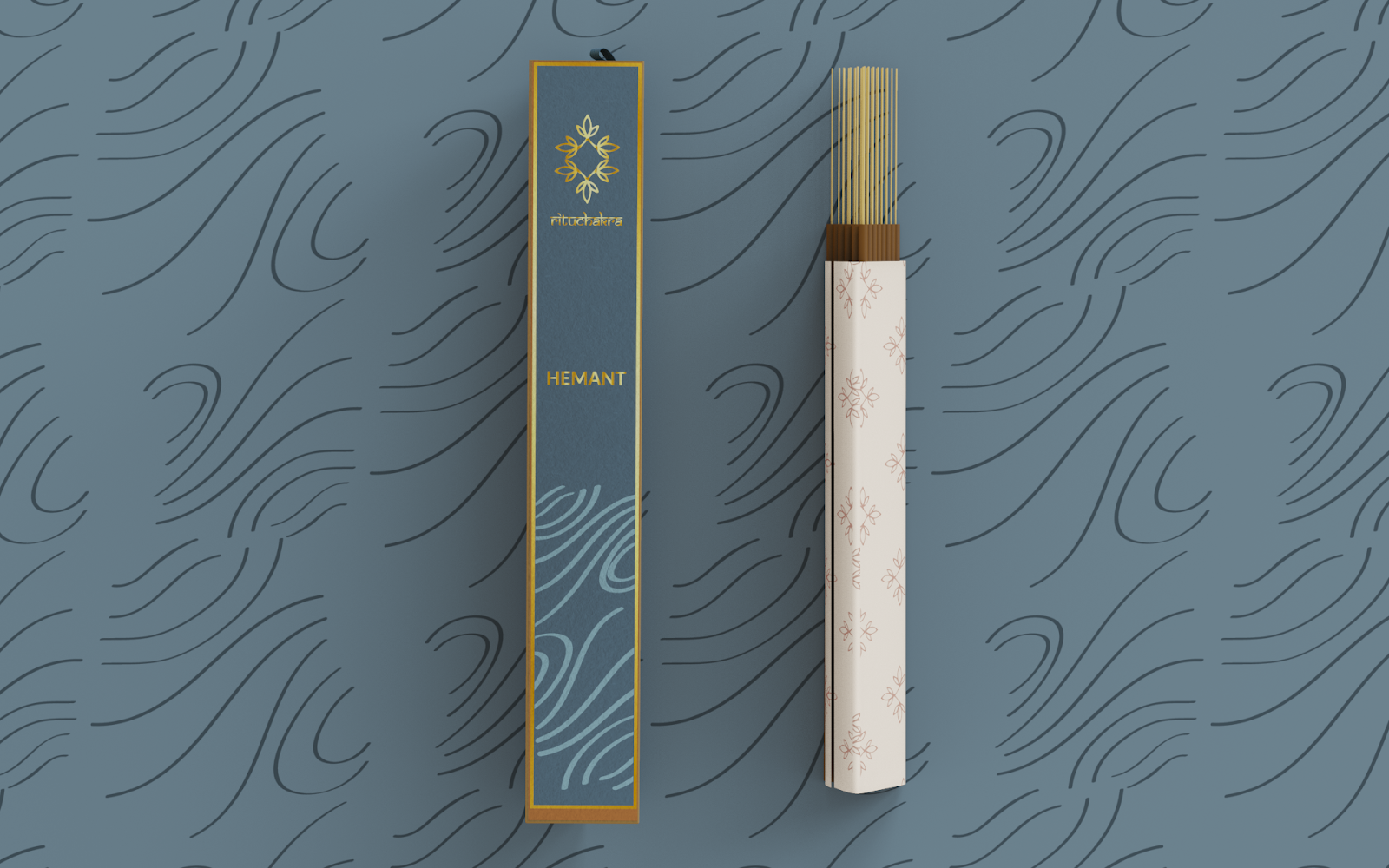 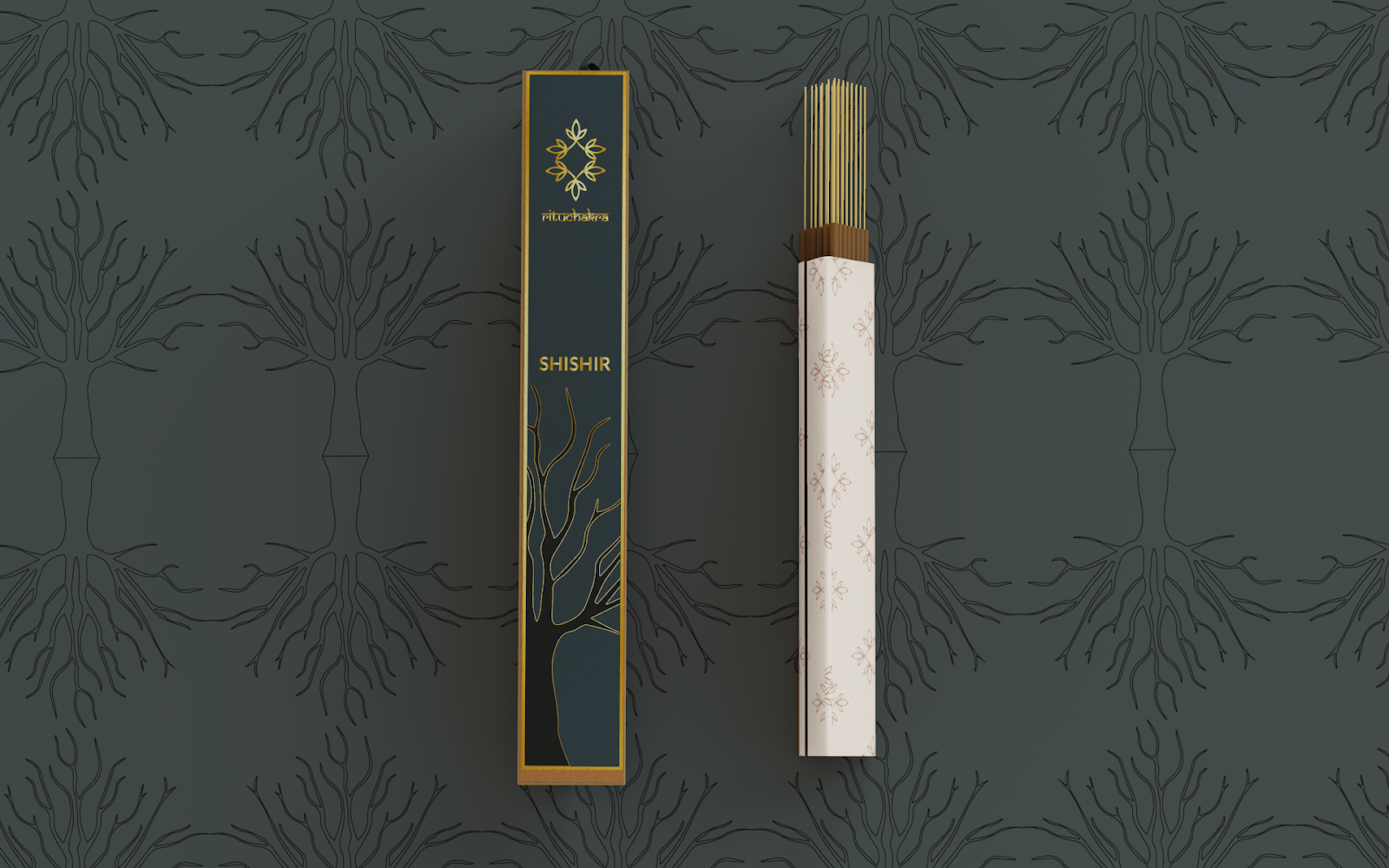