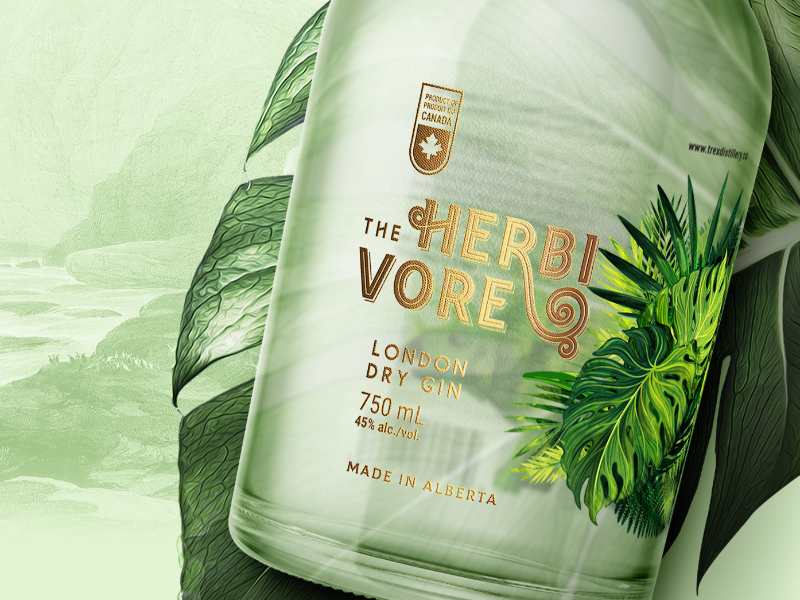 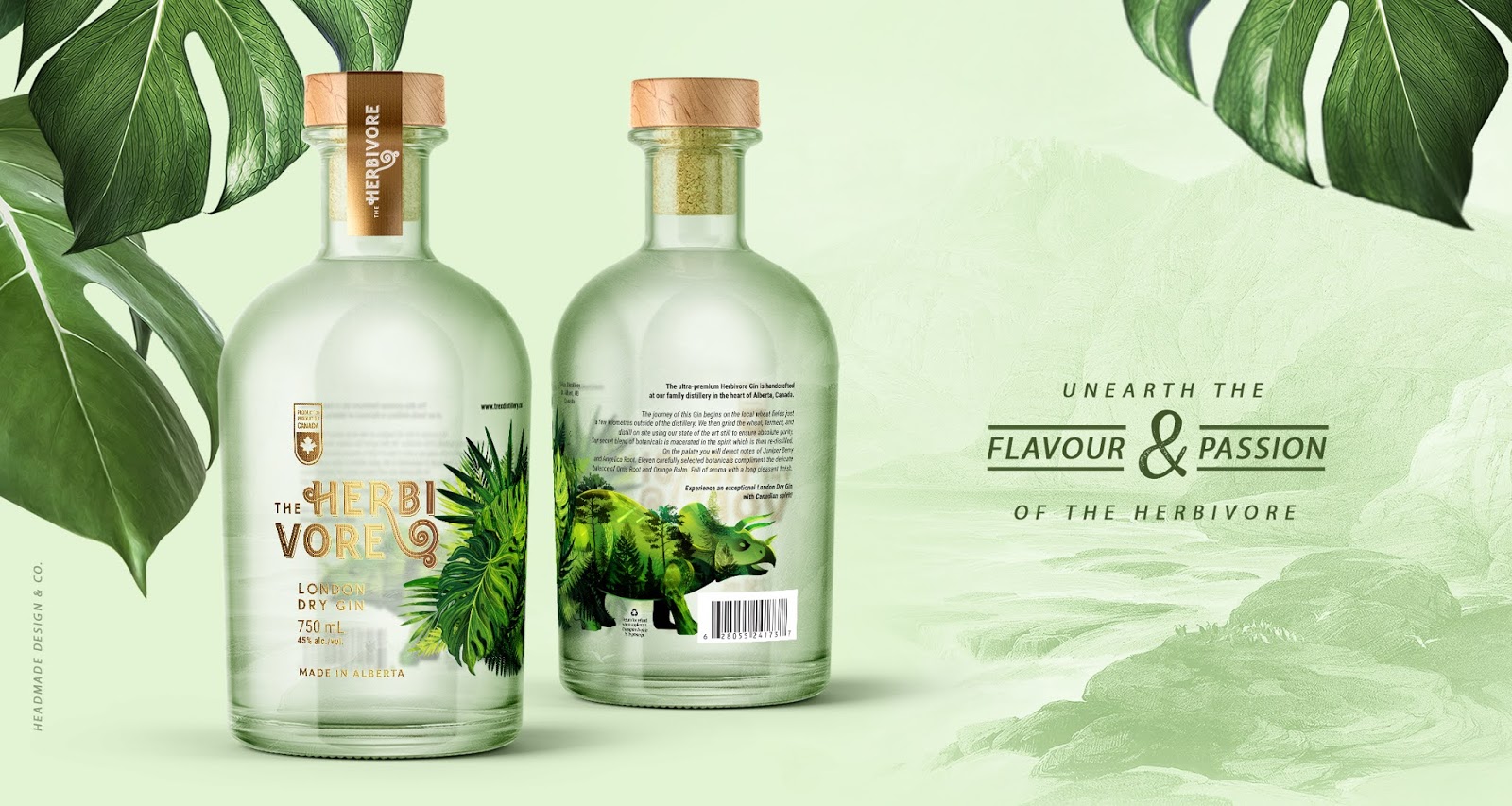 Manufactured by T-Rex Distillery, located in Alberta, Canada, The Herbivore is a high quality gin. Produced by hand and with selected ingredients, the drink is part of the company’s portfolio of spirits. Like its other products, gin was also inserted in the playful universe of dinosaurs, having its aesthetics and name based on creatures that fed only on plants – since the composition of the drink comes from herbs and botanical ingredients, such as Cardamom, Coriander and Juniper Berries. Through this information and technical data, HeadMade started the product’s visual language project. This was done through market research and design methodology tools. 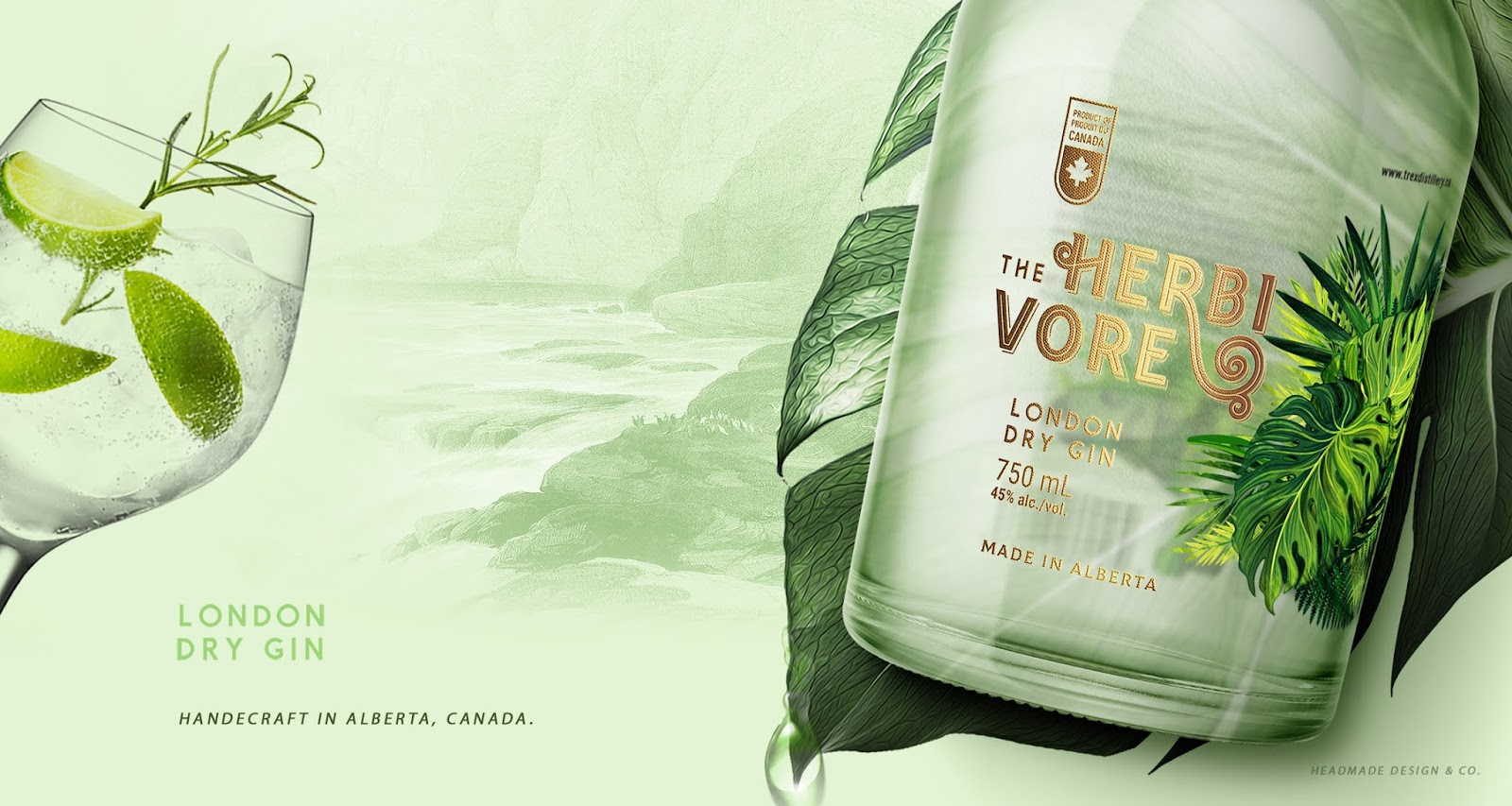 To convey the idea of herbivorous dinosaur, the illustration of one of the most well-known species – the triceratops, in a minimalist style, was developed. The animal figure acts as a frame for the prehistoric scenario, where in addition to the vegetation formed by different wild leaves – which interact with the lettering – it is possible to see a meteor shower that makes a direct connection with the Jurassic period. The art was worked over the entire length of the label, made of transparent material so that the product display at the point of sale would allow the illustration to be viewed through the bottle. The feeling with this is that the dinosaur is inside the container. 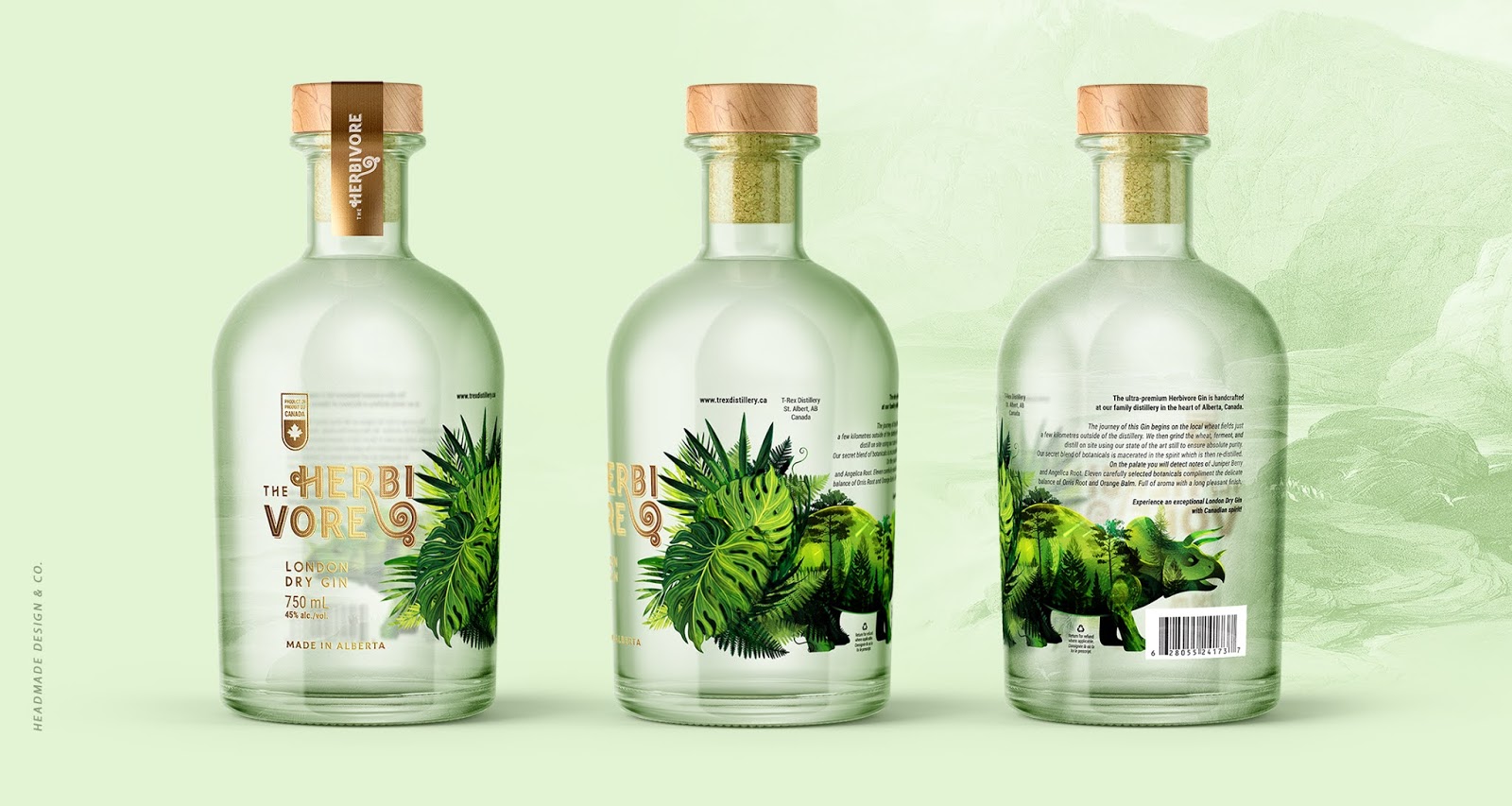 The lettering was designed to express refinement and added value, and to be an extension of the concept created. For this reason, its design is based on fern shoots, with details in the letters H and R that represent the blossoming of the leaves. Finally, for the adhesive on the neck of the bottle, the lettering on metallic gold adhesive was used. The sum of all the visual elements used with the use of special finishes such as hot stamping gold in the lettering and other sayings on the label, reinforce the positioning of premium product, and thus highlight The Herbivore among its competitors. 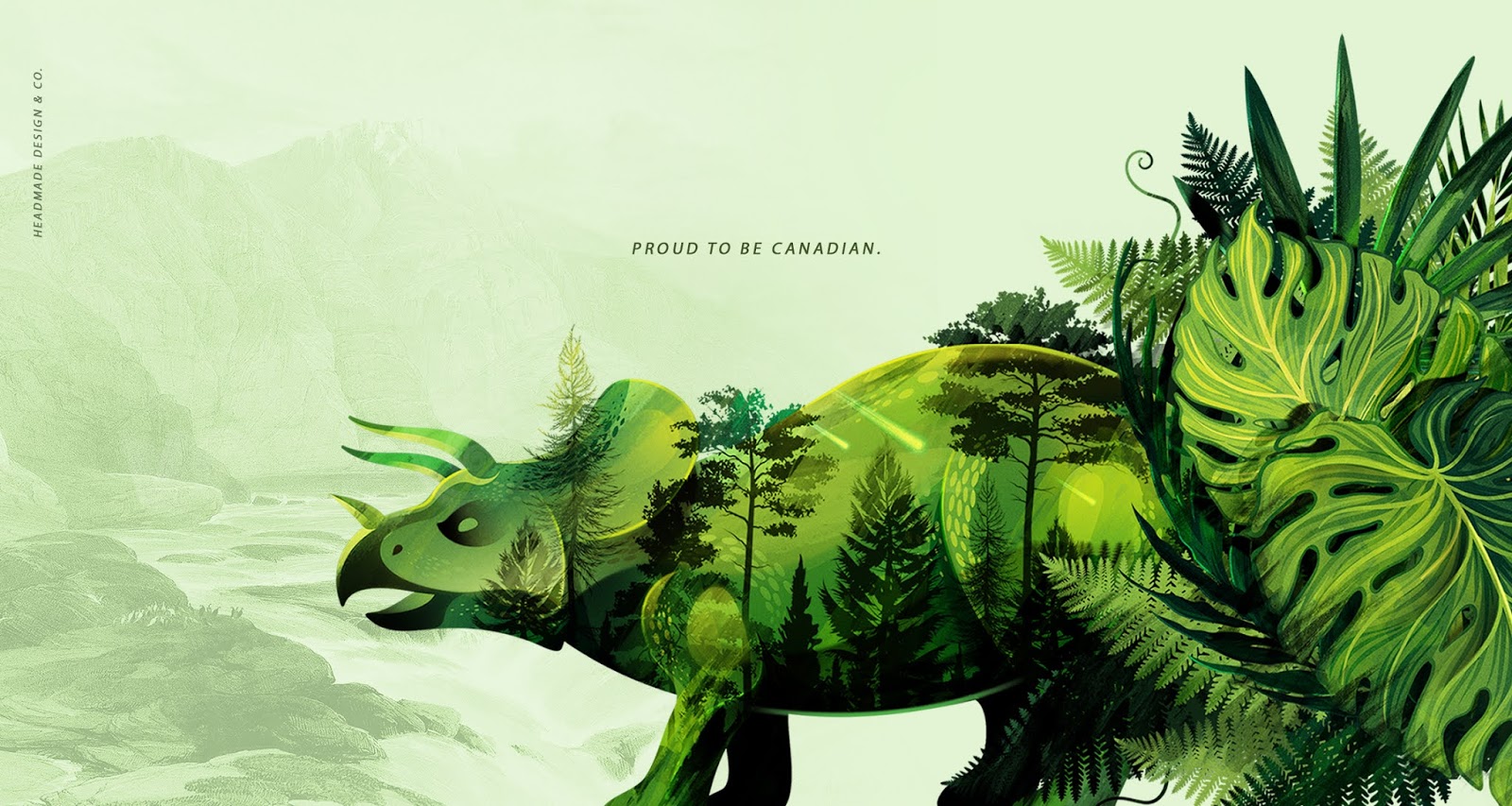 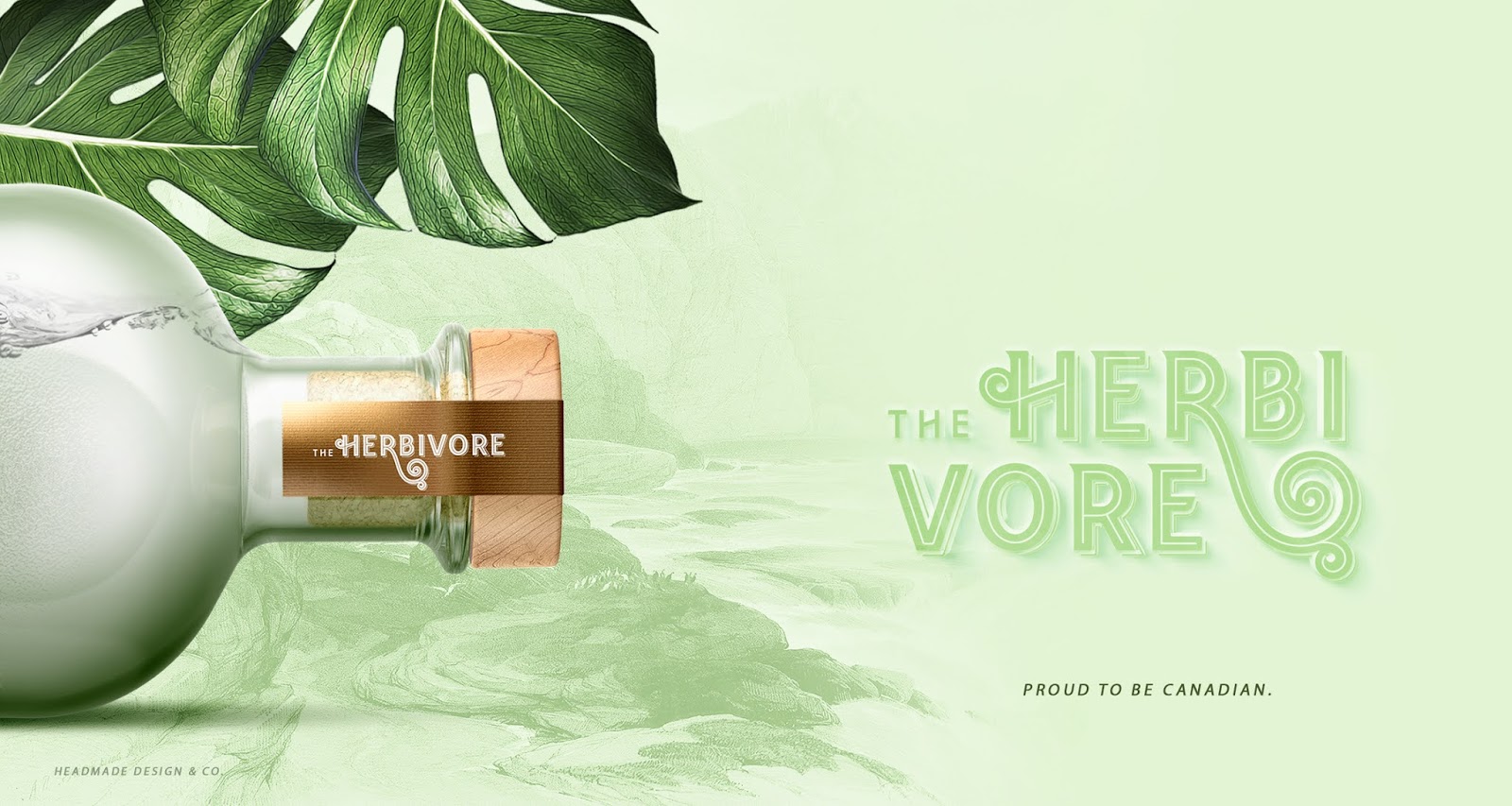