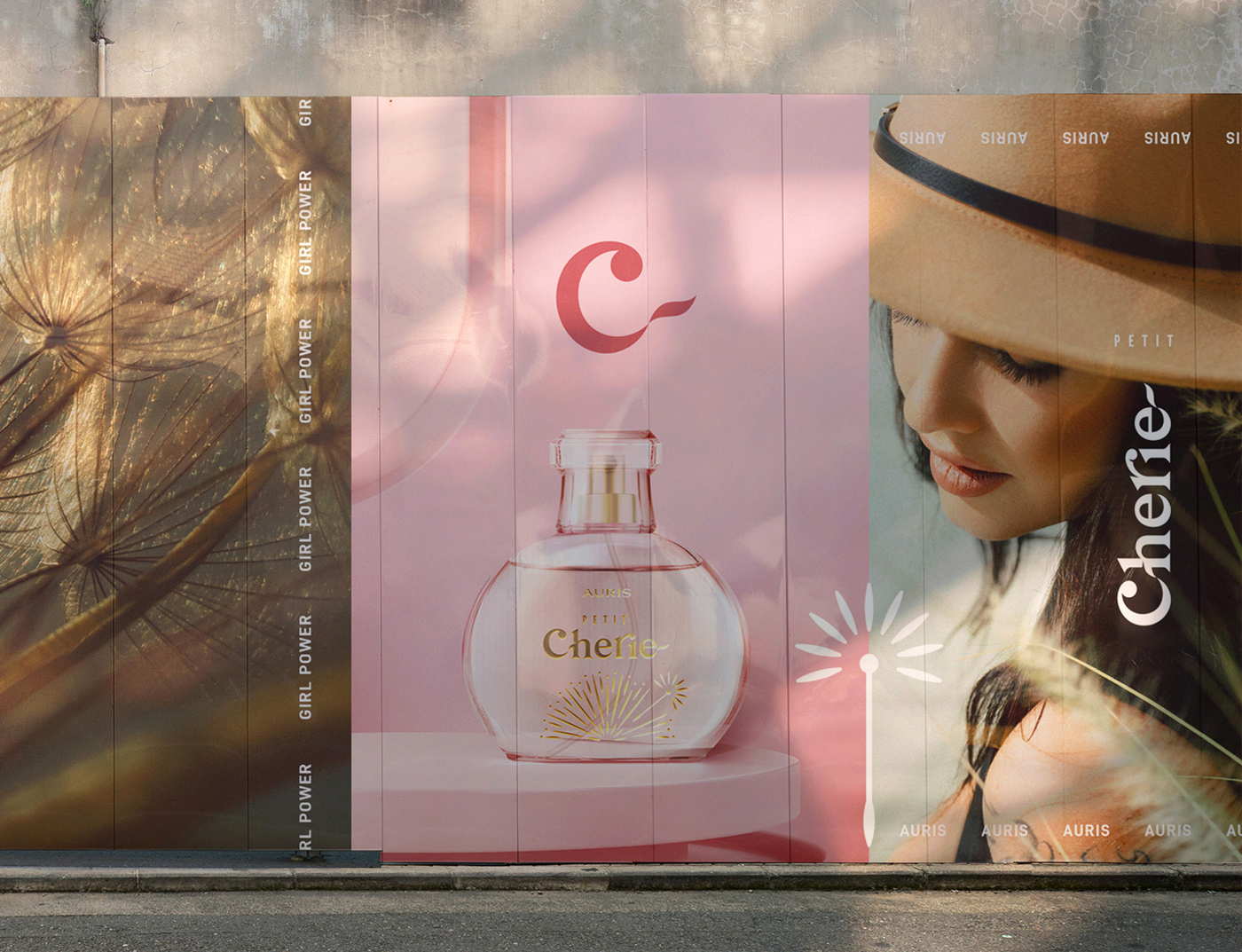 Auris’ Petit Cherie collection includes cologne deo and body care items. The company, which is based in Brazil, creates a variety of cosmetics for both female and male consumers.

The proposal saves these emotions in its visual language by starting with the delicacy and femininity of the scent that makes up the brand. The concept was inspired by the dandelion, which conveyed a beautiful notion of lightness and fluidity. The whole flower was used in the box and bottle of deo cologne, and the minimalist representation was made into a graphic element for use in the packaging arrangement. The seed was then used to make two further products: a body splash and a moisturizing lotion. This combination promotes the family’s identity while also encouraging dialogue among the three goods.

The pink shade was developed in tones that compliment the identity, to the point where the gold provides a refined and prominent counterpoint. The designed lettering combines the elegance of serif letters with fluid and moving details to create a distinctive and exclusive word “Cherie.”

As a result, lettering can be used alone or in combination with other visual elements, broadening the range of uses in support materials such as POS, advertisements, posters, and digital.

Special packaging finishes were established in the packaging manufacturing to materialize the line’s added value feeling – golden hot stamping, usage of metallic substrate, and application of matte lamination both on the box and on the labels of all items in the line. 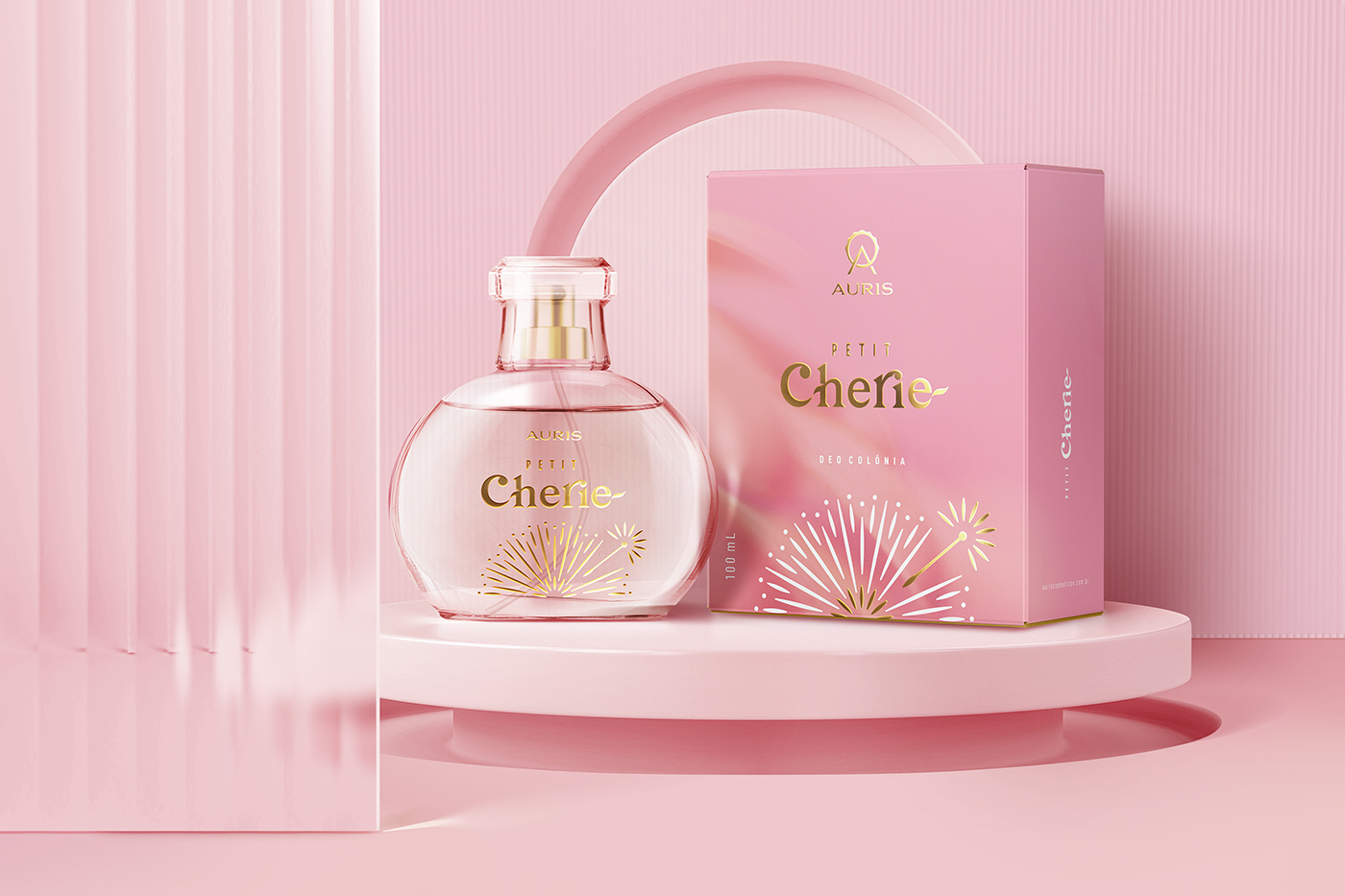 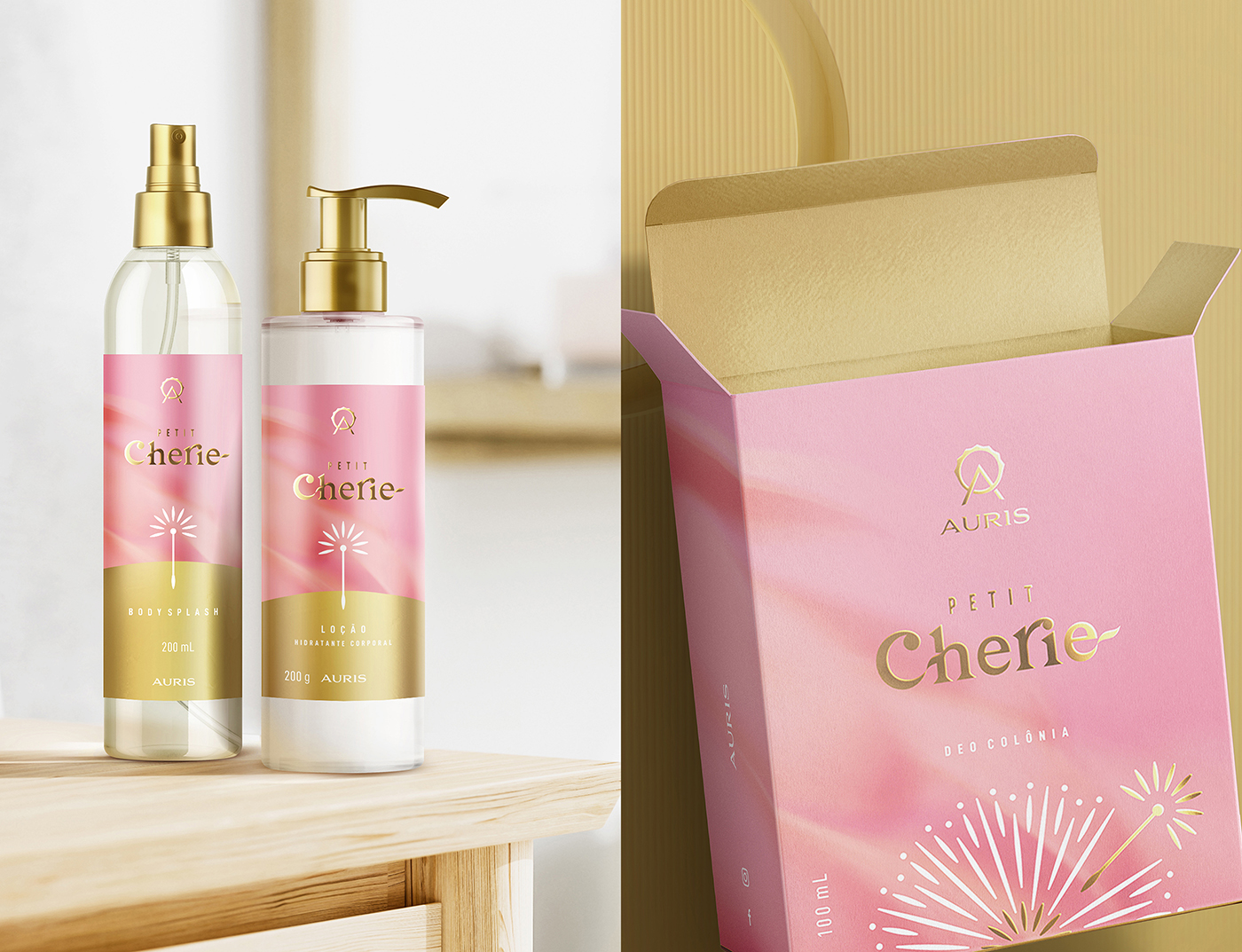 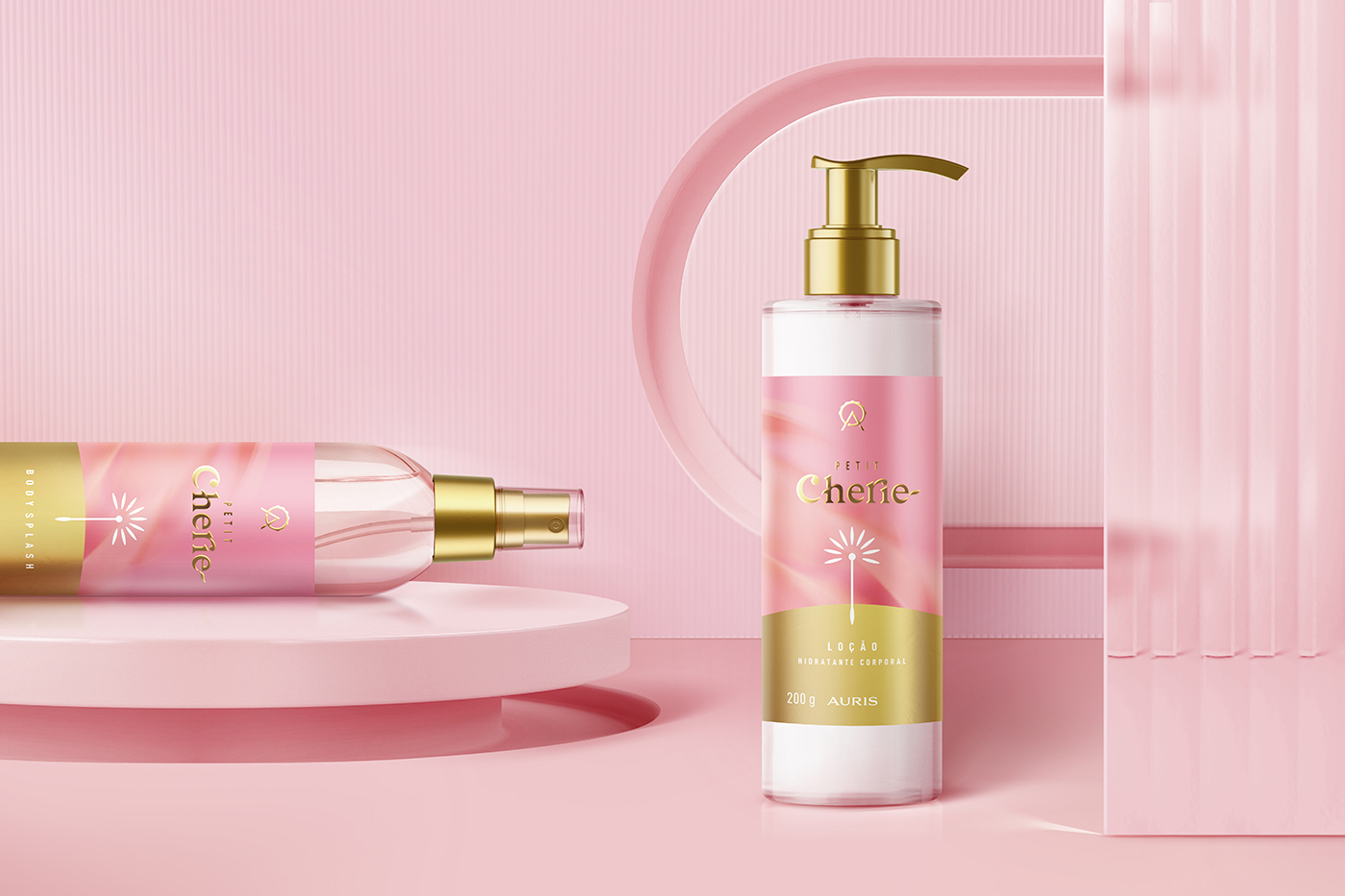 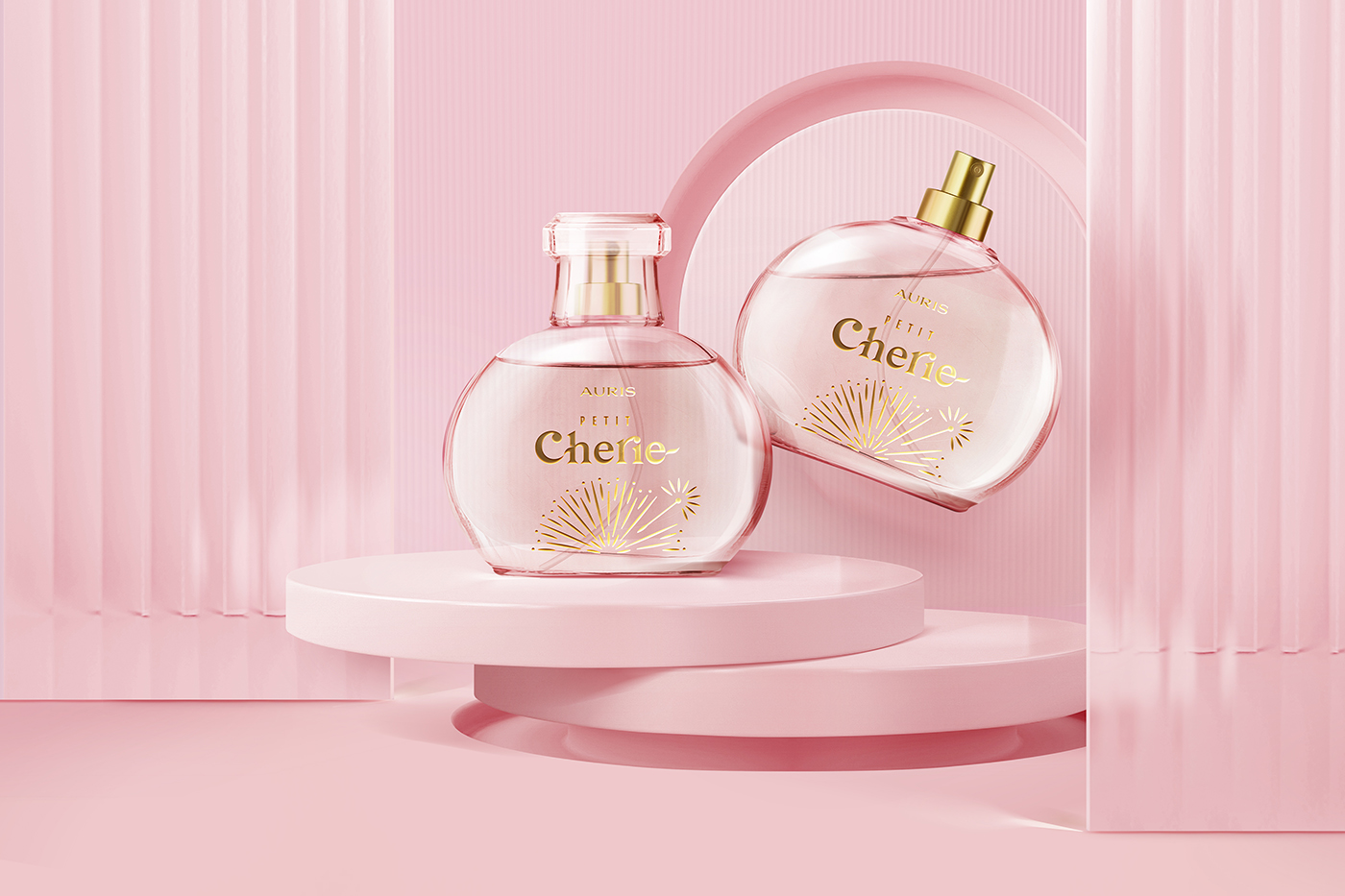 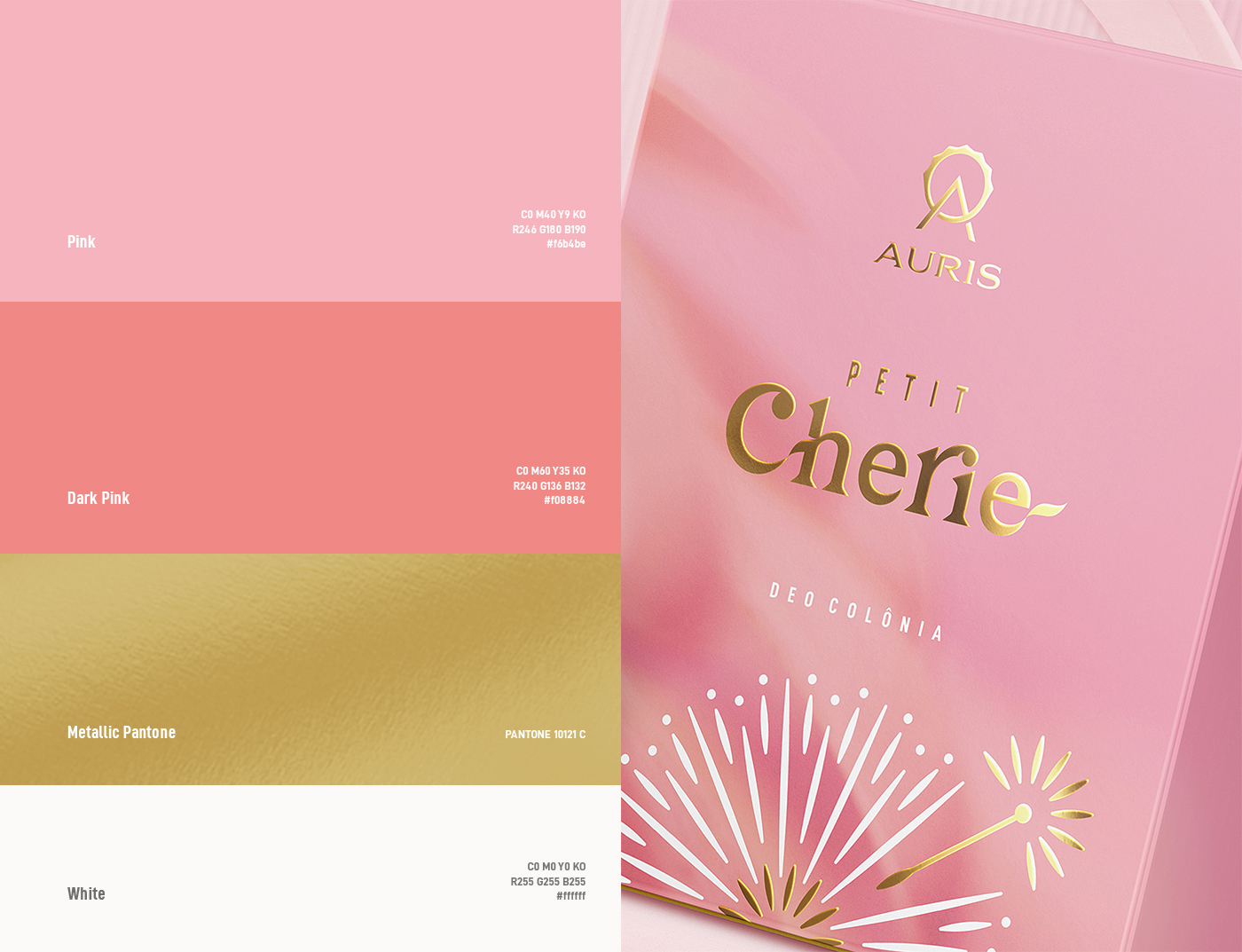 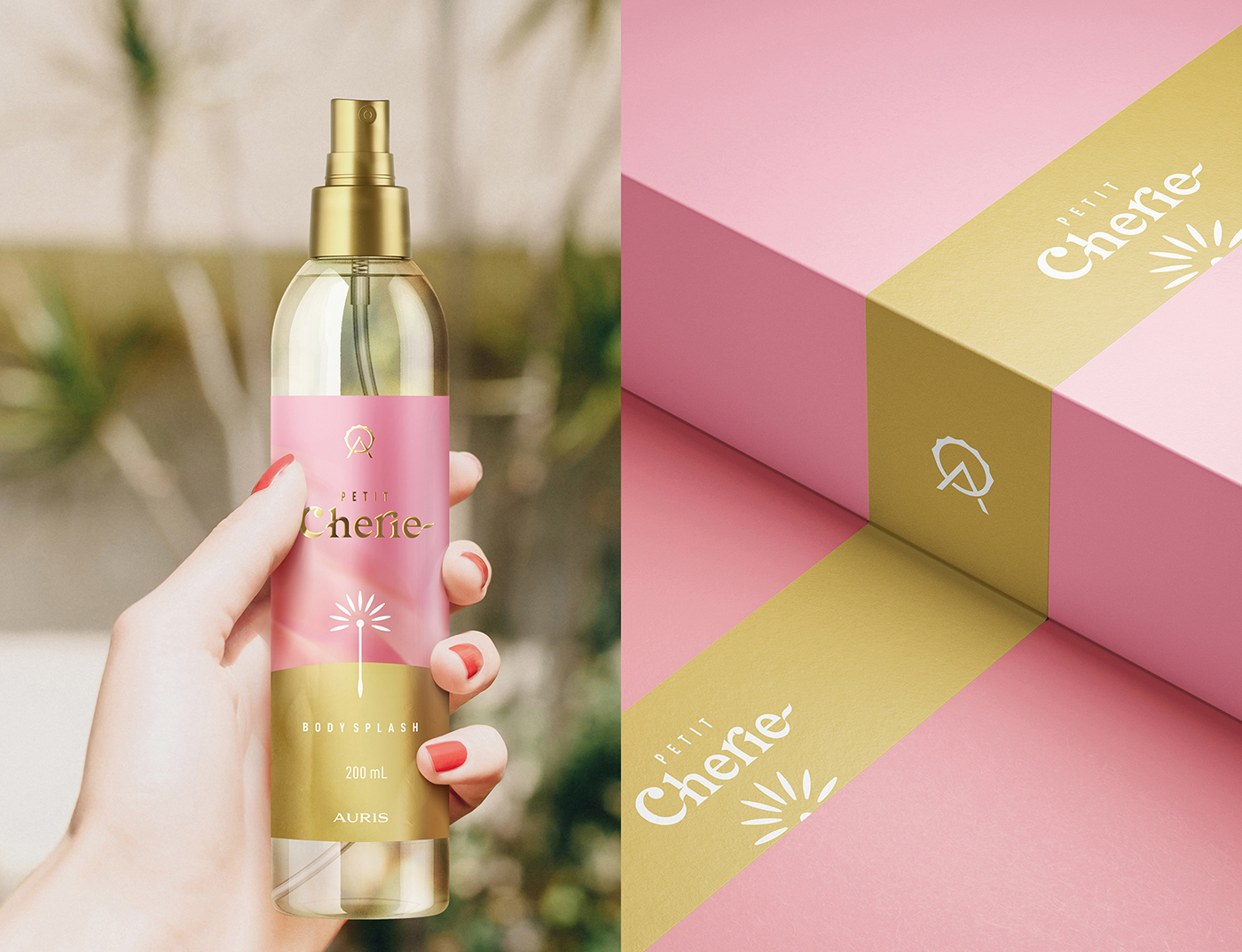 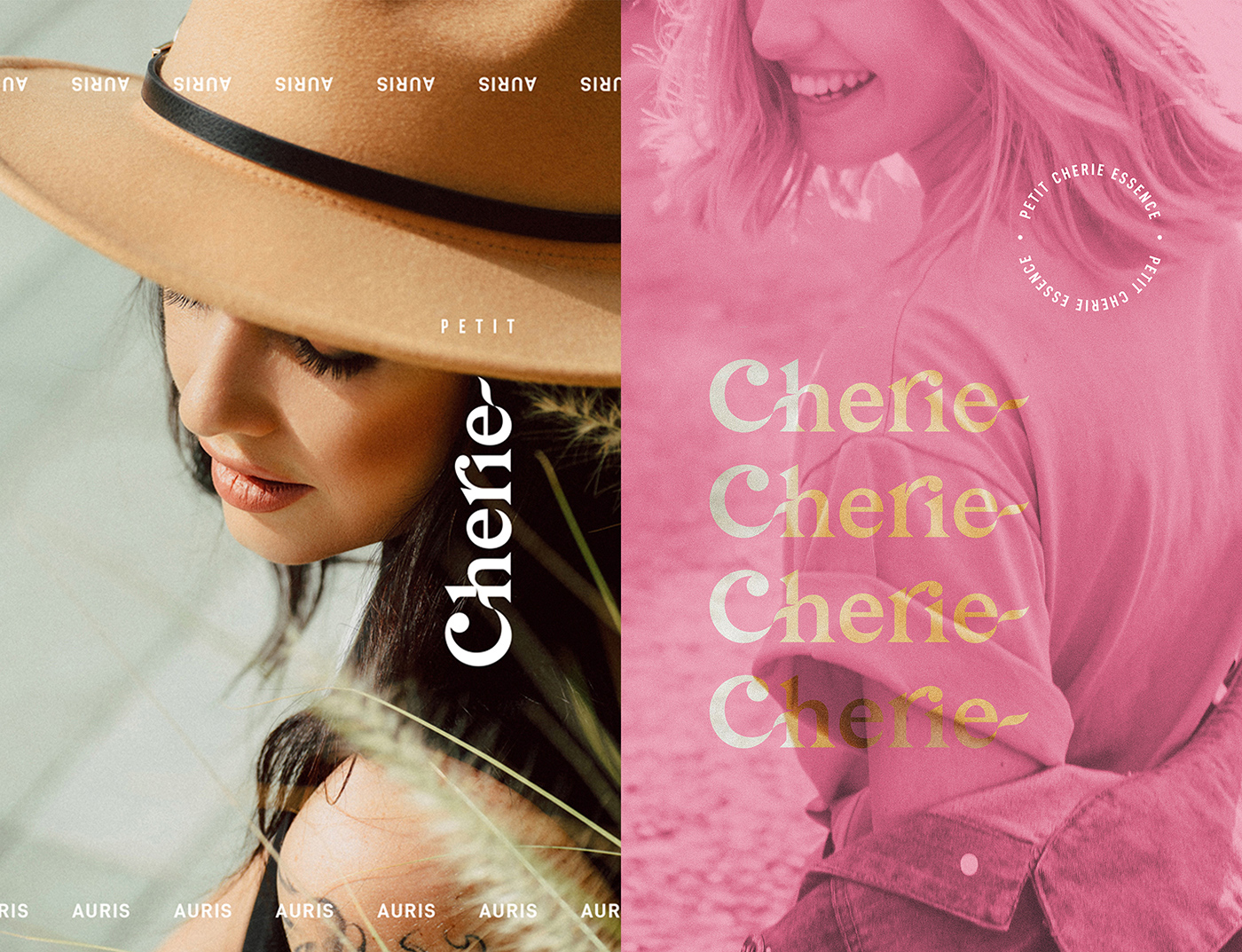