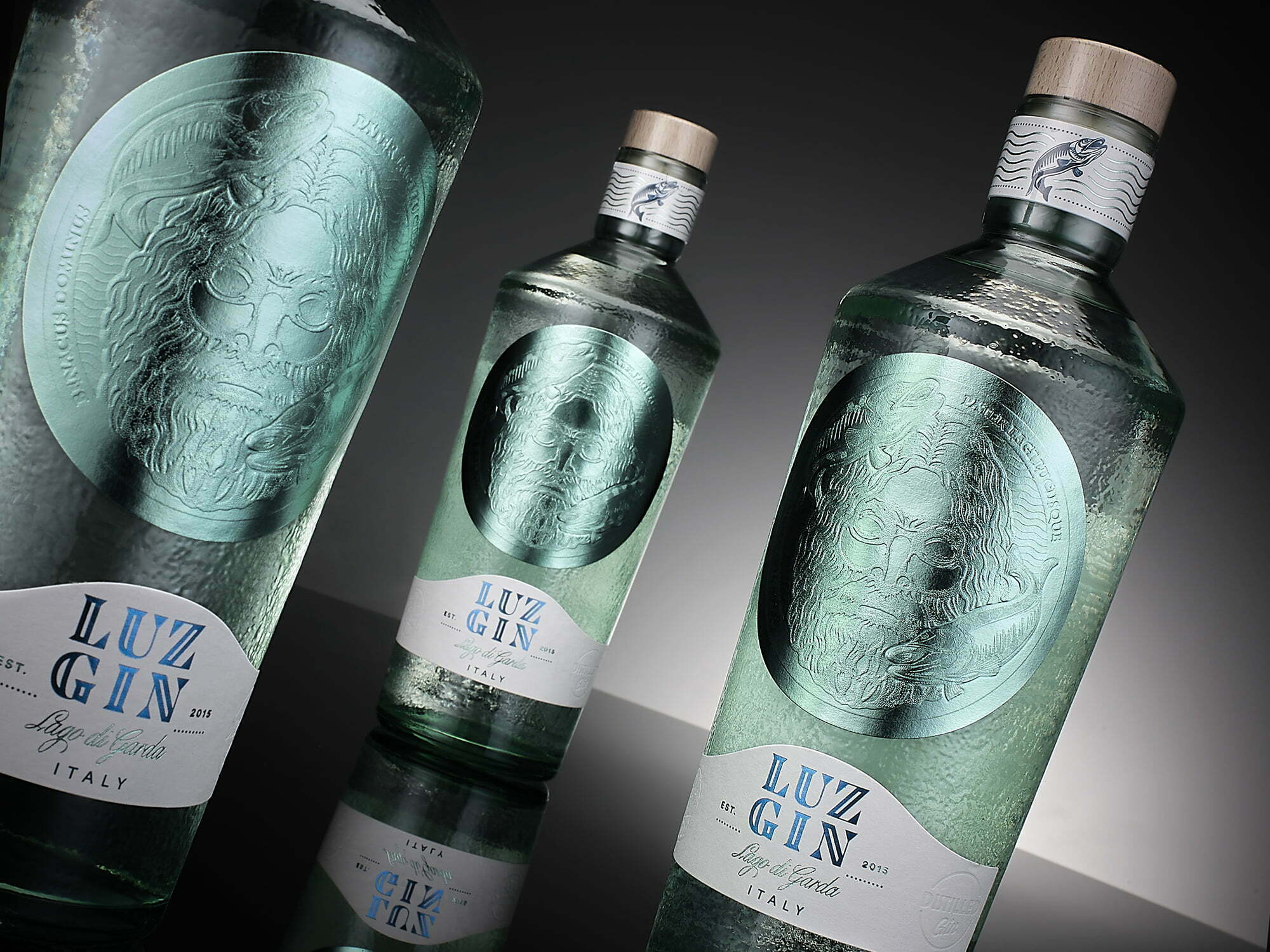 Very few people know that the Garda Lake in Italy was first known as Benaco Lake, taking its name from the god of the lake who protects the flora and fauna of the place, and that mythology inspired the design studio O,nice! Design to create this wonderful restyling for one of Marzadro Distillery products: Luz Gin. Luz means pike in the local dialect and in fact the two pikes on the label are the common thread leading us to the new concept. In addition to the pikes, the lettering and the colours remain unchanged to maintain continuity with the brand image.

The new look is composed of several elements: collar, medallion, footer and back label and each element has its own unique printing features. The paper used for the back label and the footer reacts to the pressure of the die, creating a translucent effect on the blind embossed parts so as to allow the design to be seen in the background as if it were an imprint. This effect is visible on the logos on both sides of the footer and on the back label where the face of the god Benaco appears in filigree. On the footer and the back label, there’s also the name of the gin hot stamped with Blue Element and Amorphous Blue two different and elegant shades of blue, from Leonhard Kurz catalogue, that reminds the colours of the lake.

On both the collar and the medallion the metalized blue is printed with different textures, the collar is decorated with a wave design that creates movement, while on the medallion the Amorphous Blue takes on different shades thanks to the hot stamping with a multilevel die that engraves the face of the god Benaco and the pikes figures down to the smallest details, as a result of a precise micro embossing structure. The artwork dedicated to the lake and its god is an opera of creativity and technique that inspires enchantment and fascination, like when listening to a mythic legend for the first time. 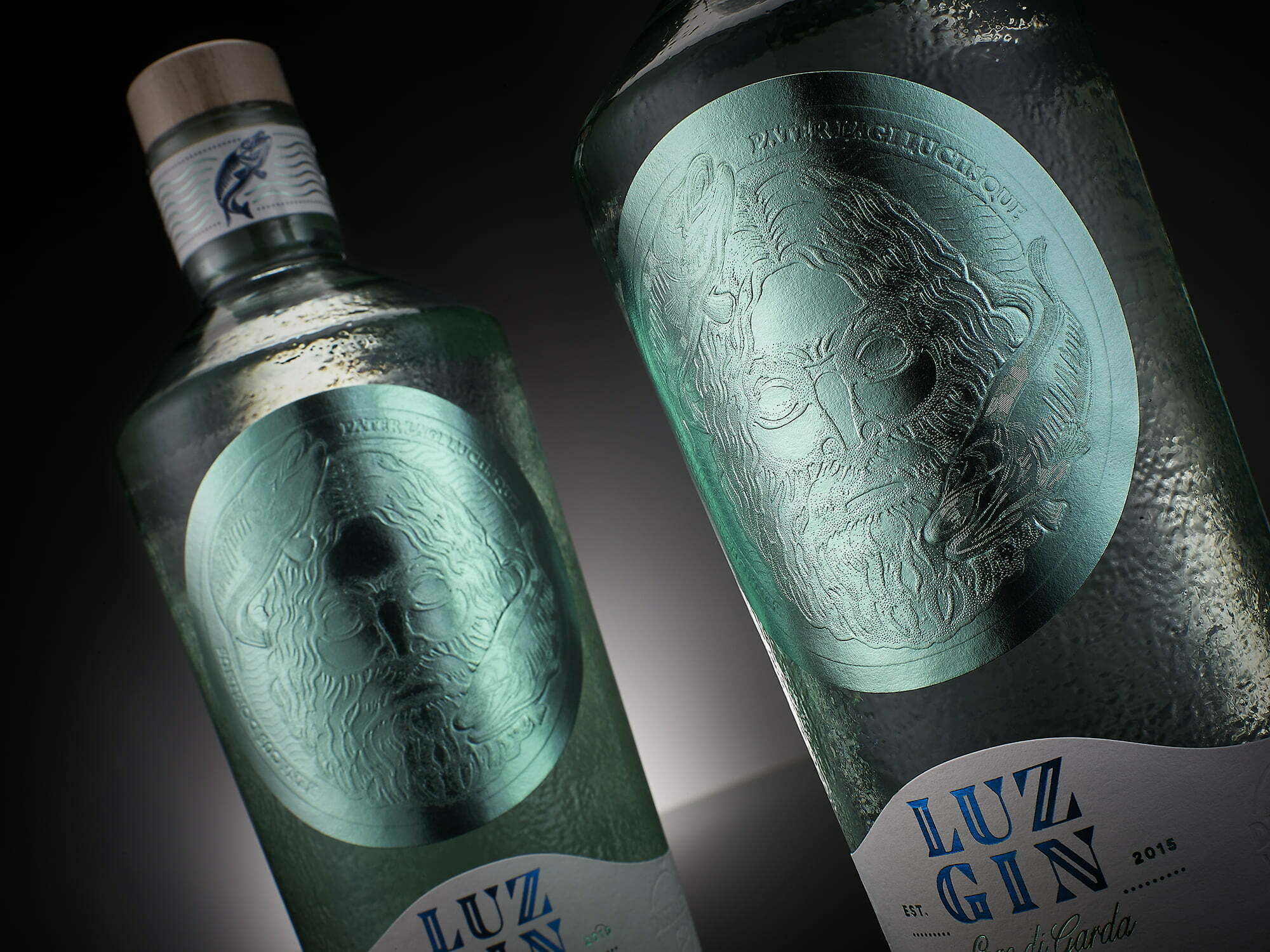 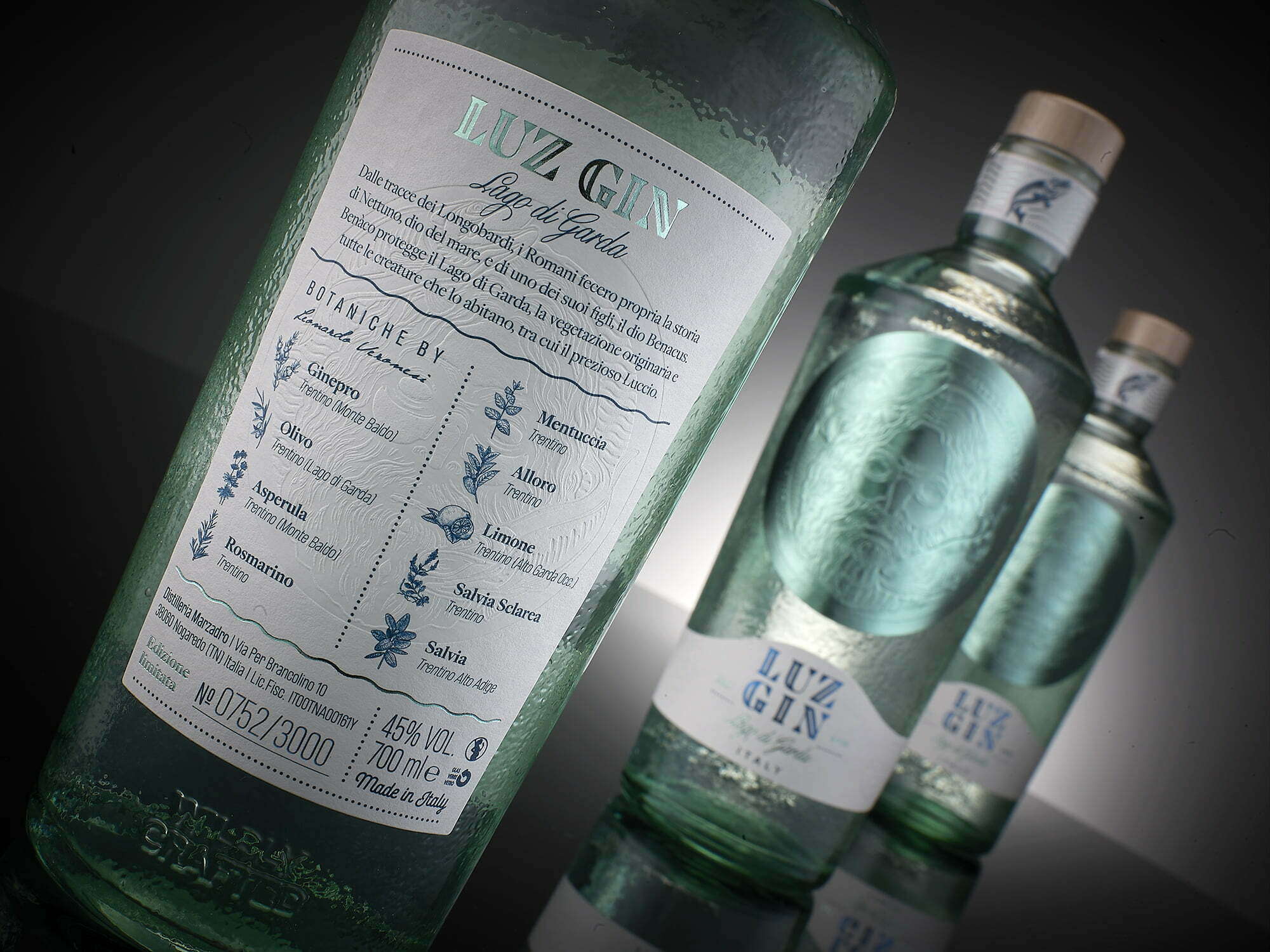 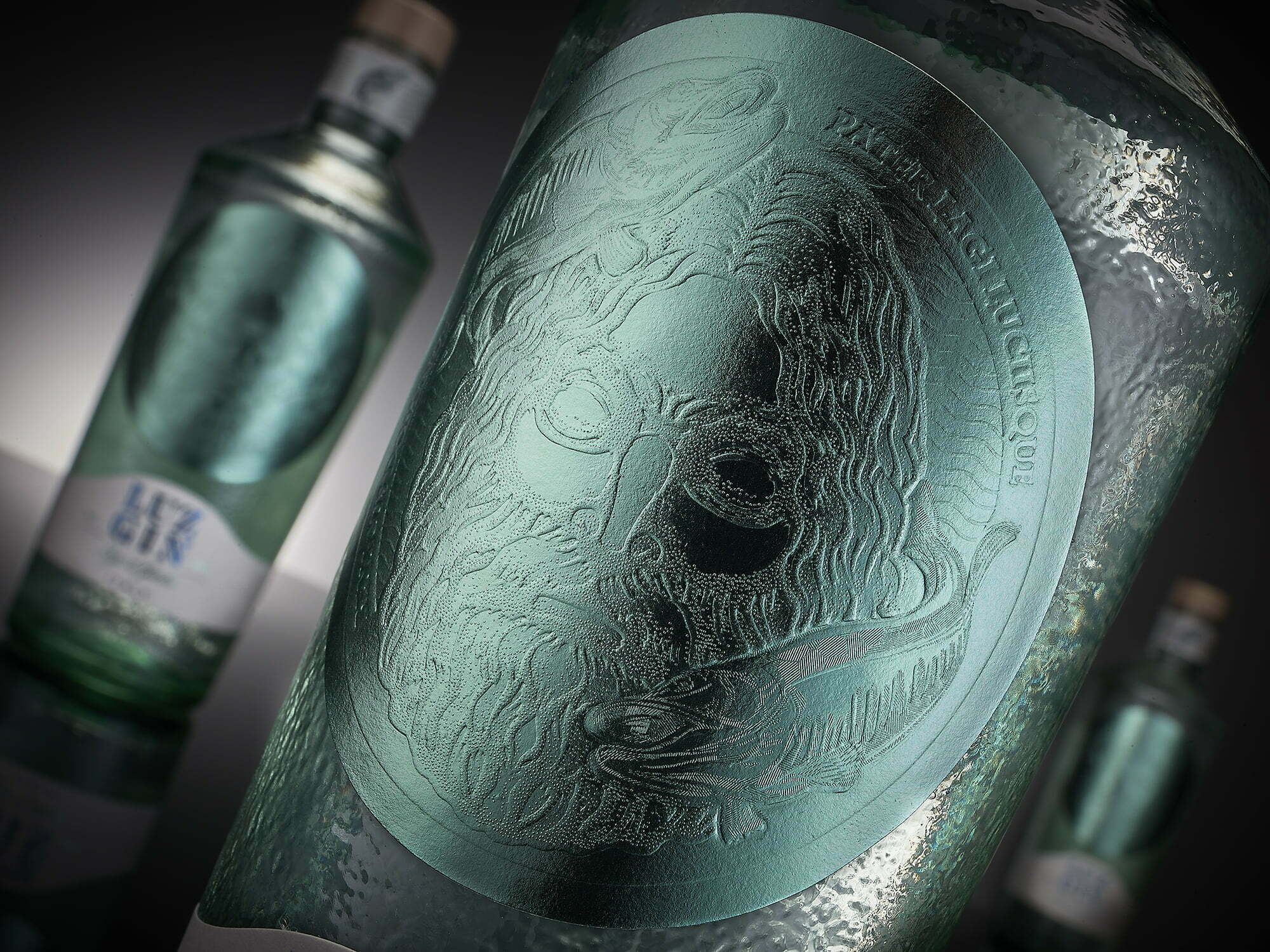 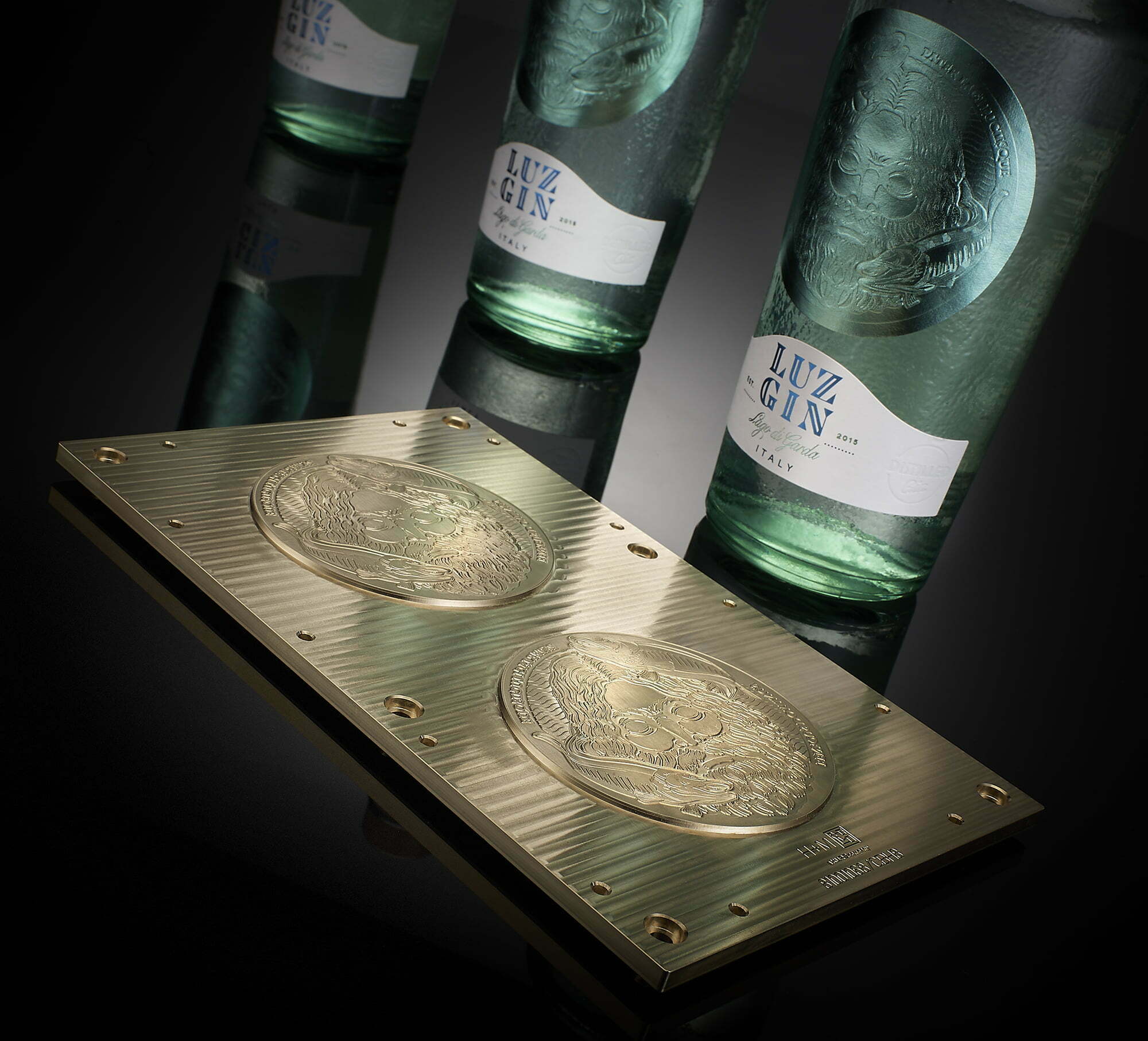 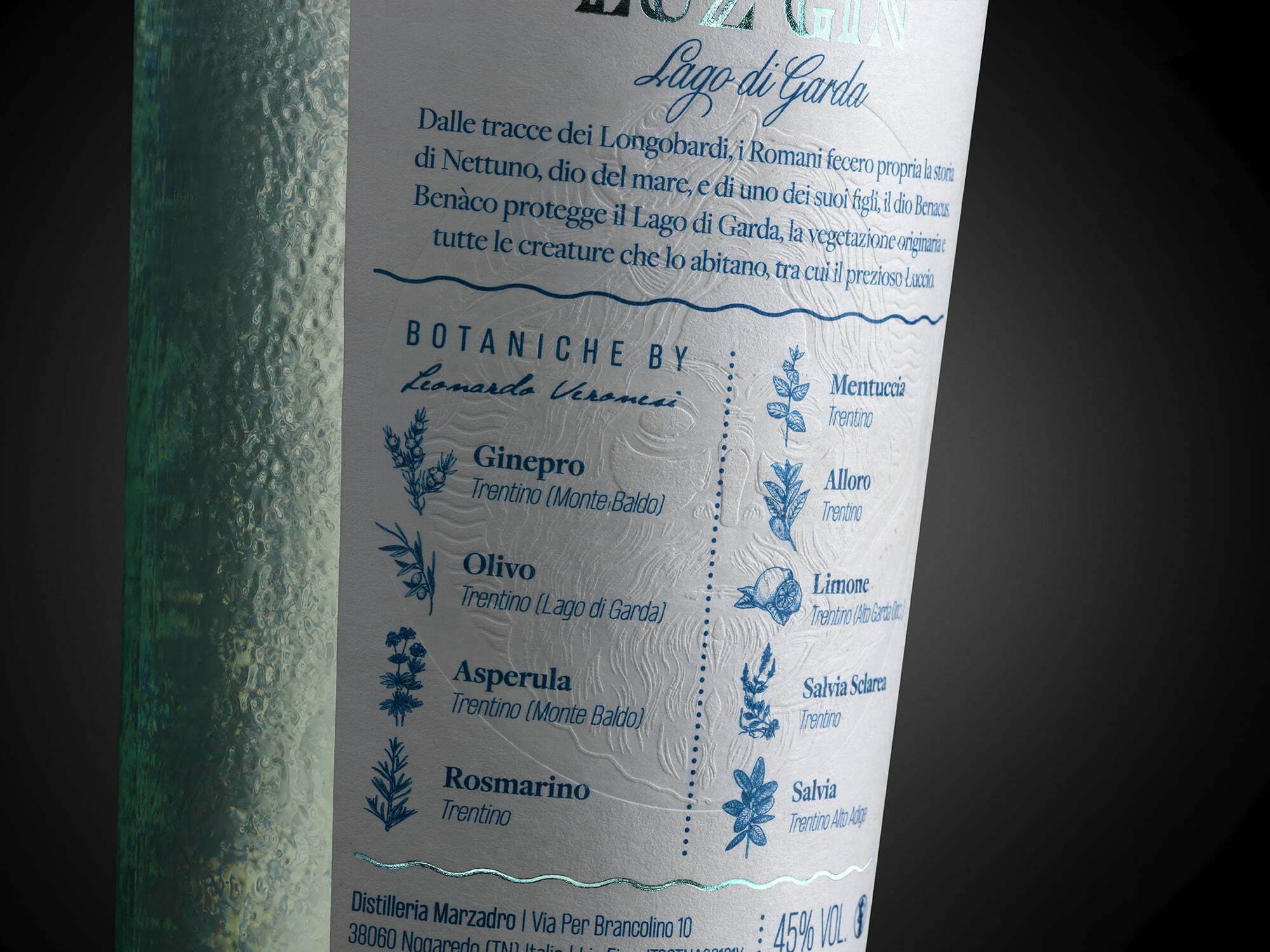 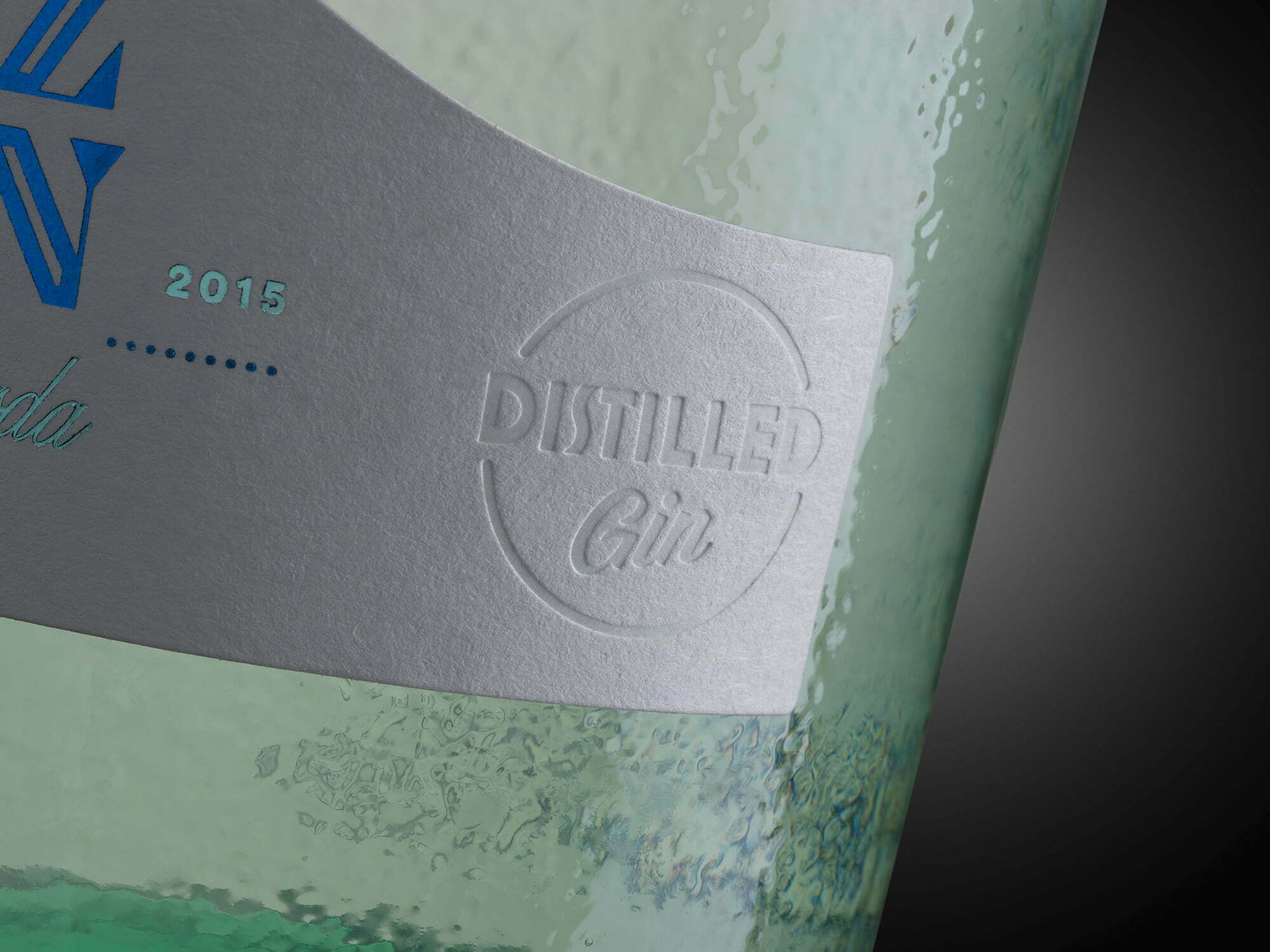 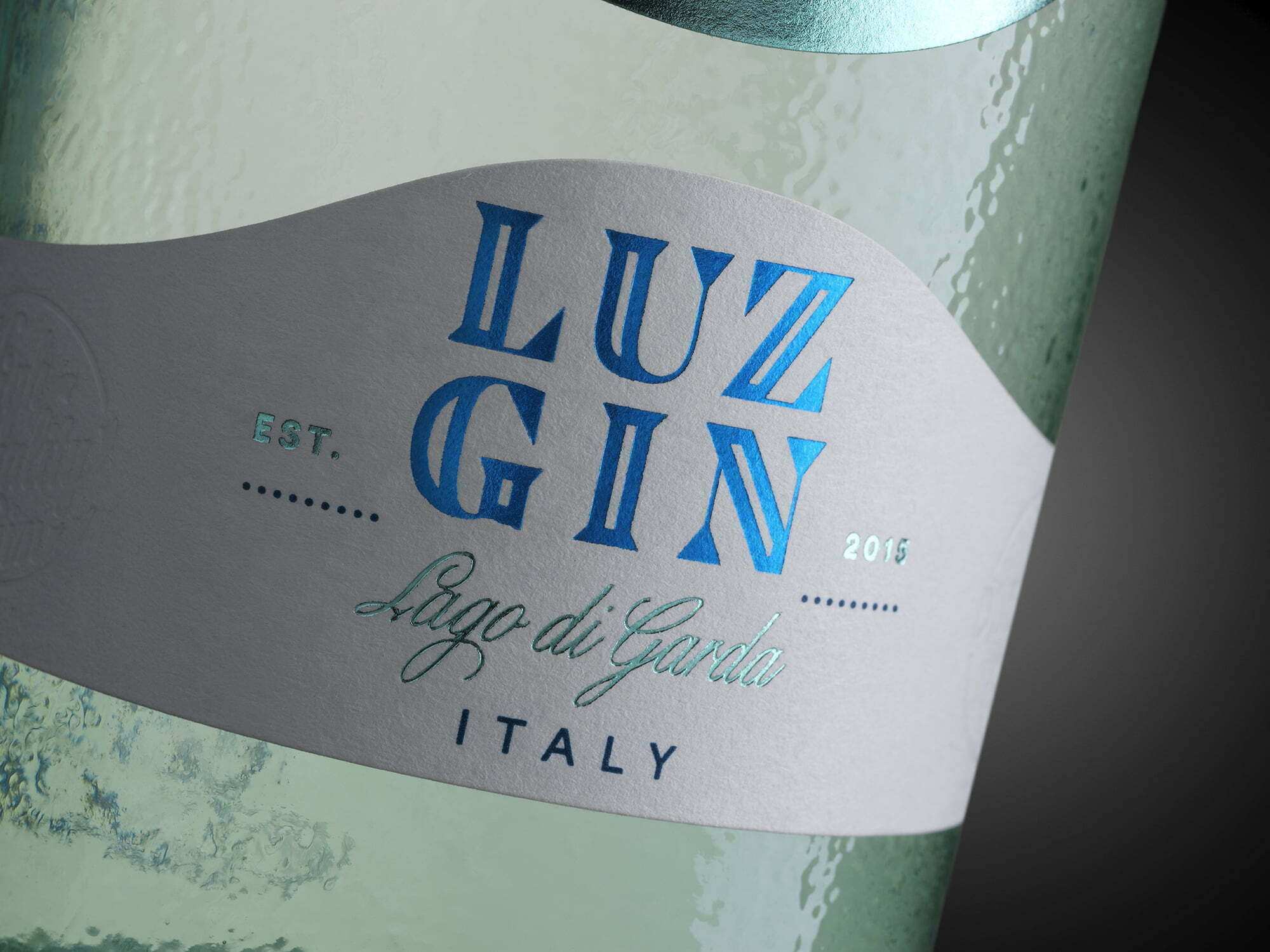 Benazzoli – Dreams of a Woman

Great and Golden
23 hours ago