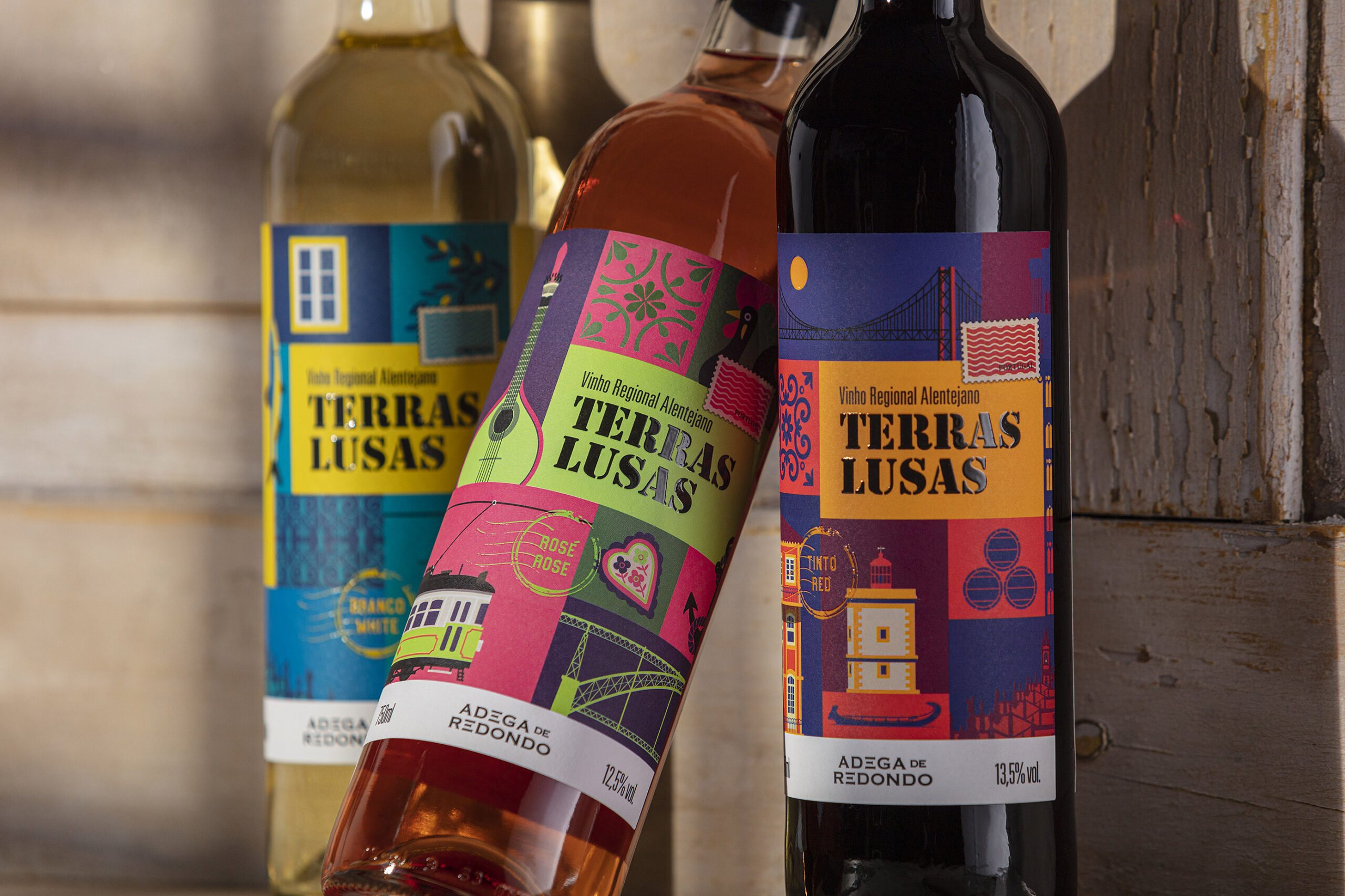 Terras Lusas is a tribute to the most emblematic symbols of Portuguese culture. Some of them have worldwide recognition such as the Moliceiro of Aveiro, the Viana do Castelo Heart which represents the cult of the Sacred Heart of Jesus at the end of the 18th century of Gold, the Barcelos rooster and its legendary history of a pilgrim on his way to Santiago de Compostela, until the Portuguese guitar and many others that represent the true icons of Portugal.

Take a close look at the Red wine, and his warmer colors and illustrations of the iconic Bom Jesus of Braga, the Portuguese tiles, the Oporto wine barrels, and the famous bridge located in Lisbon, which was designed by Eifel – 25 de Abril bridge.

The Rosé wine, and its light, and brighter colors inspire us to enjoy the good weather of Portugal and travel from Oporto city to Lisbon to hear the Portuguese Fado and the sound of the Portuguese guitar strings.

Closing this range we have the White wine, with one of the most known Portuguese delicacies, the Sardine, as well as the hawks present in the bottle because it represents our beaches, among other elements mentioned in the design. 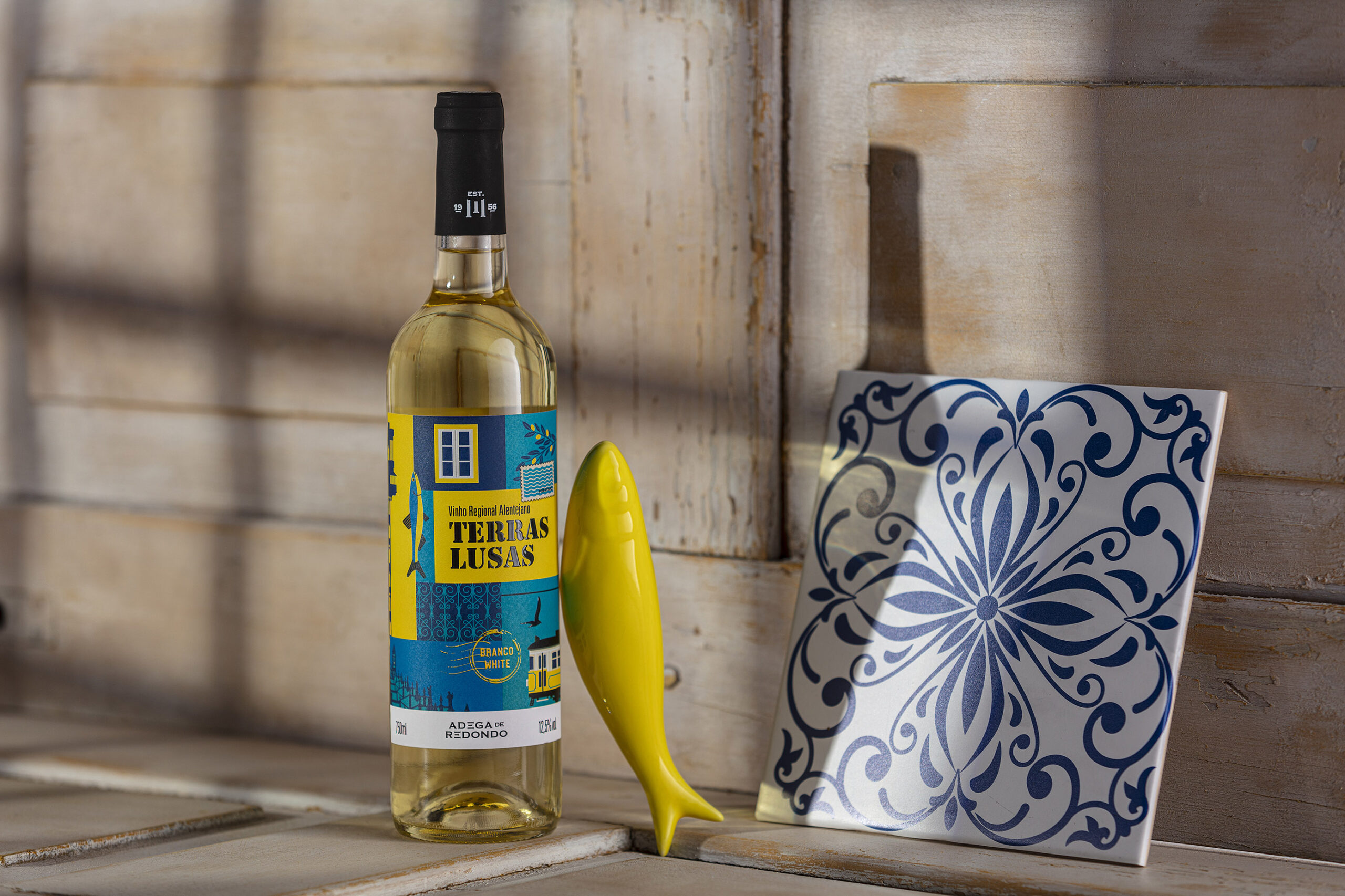 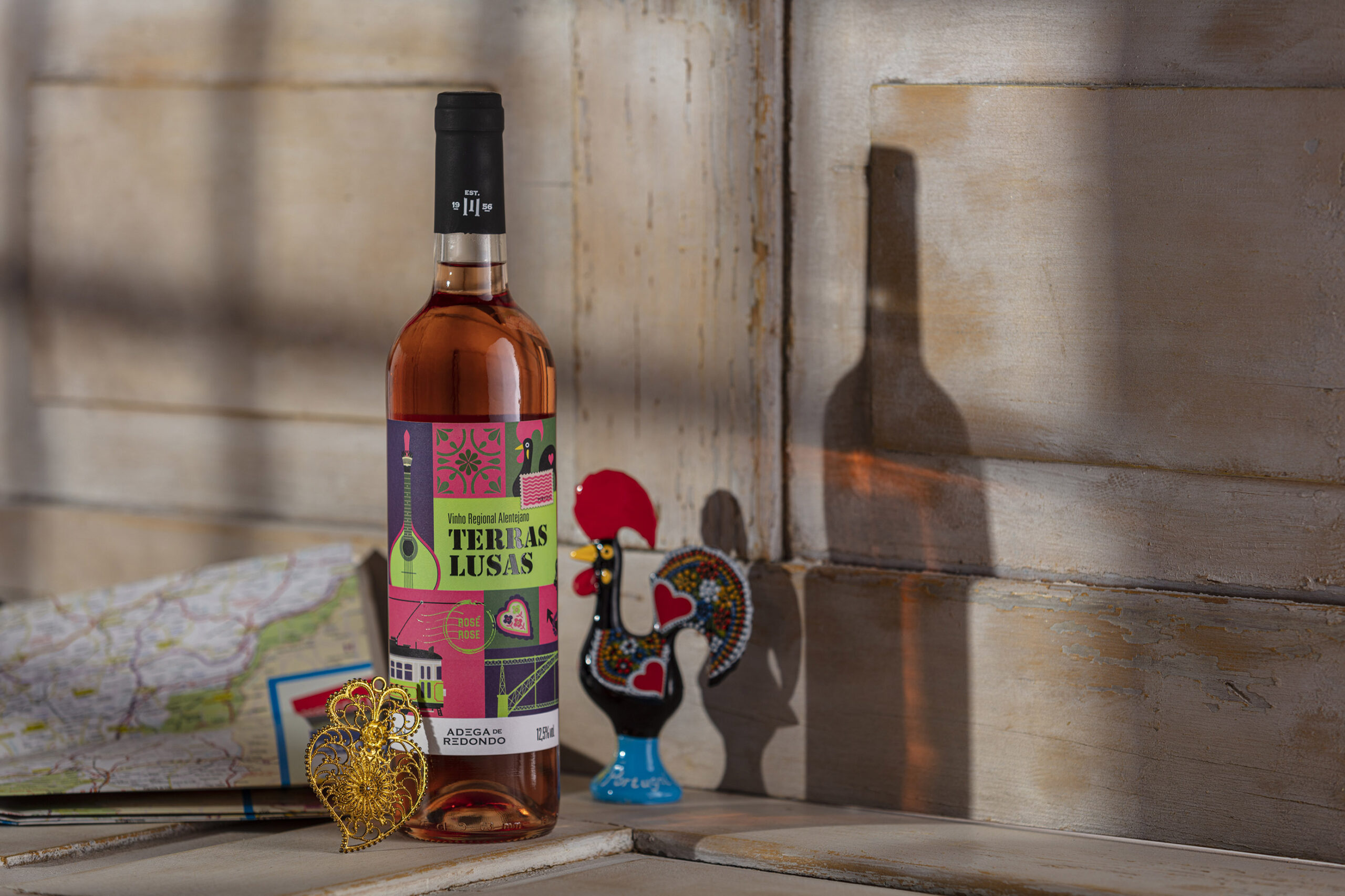 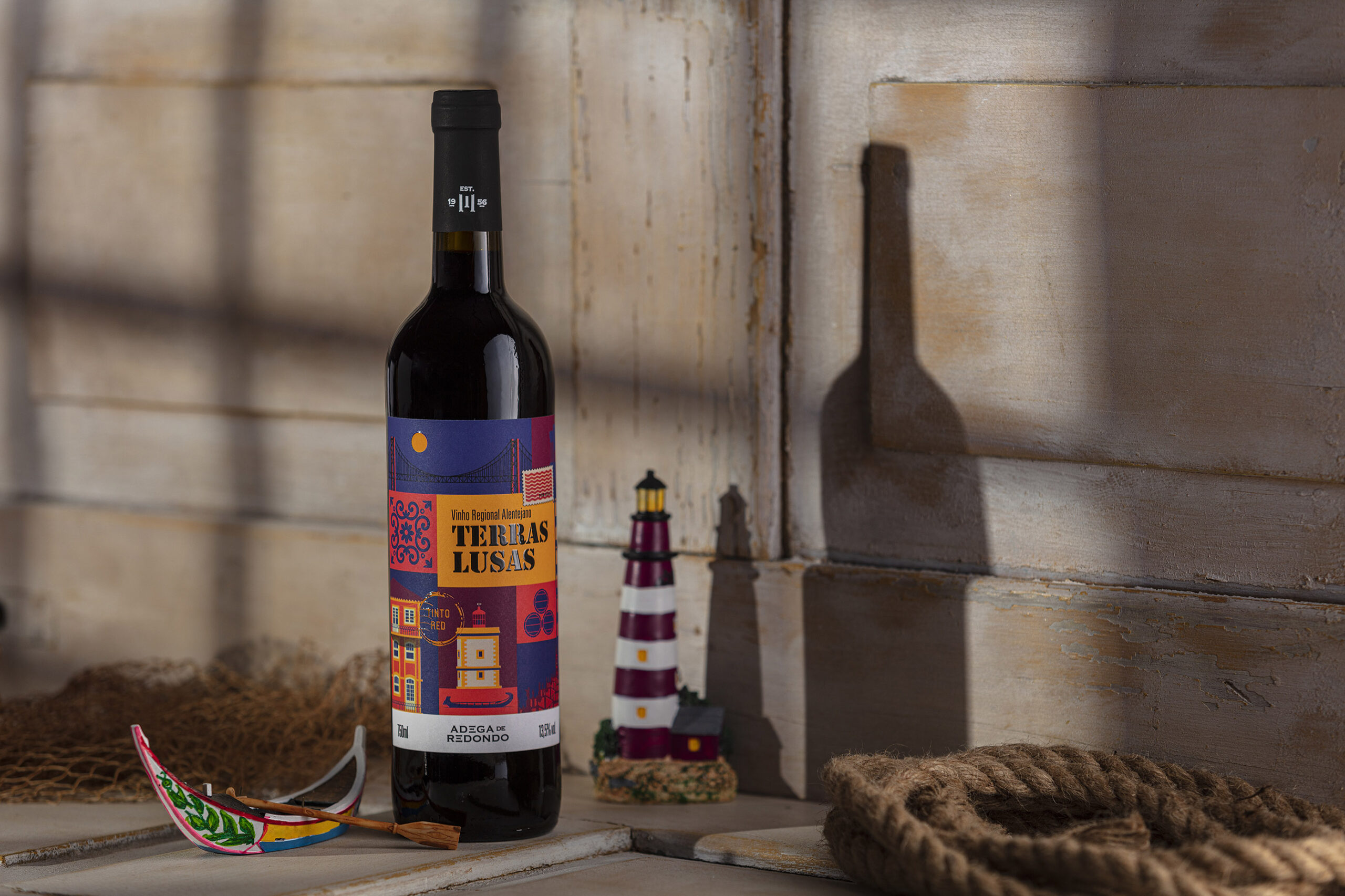