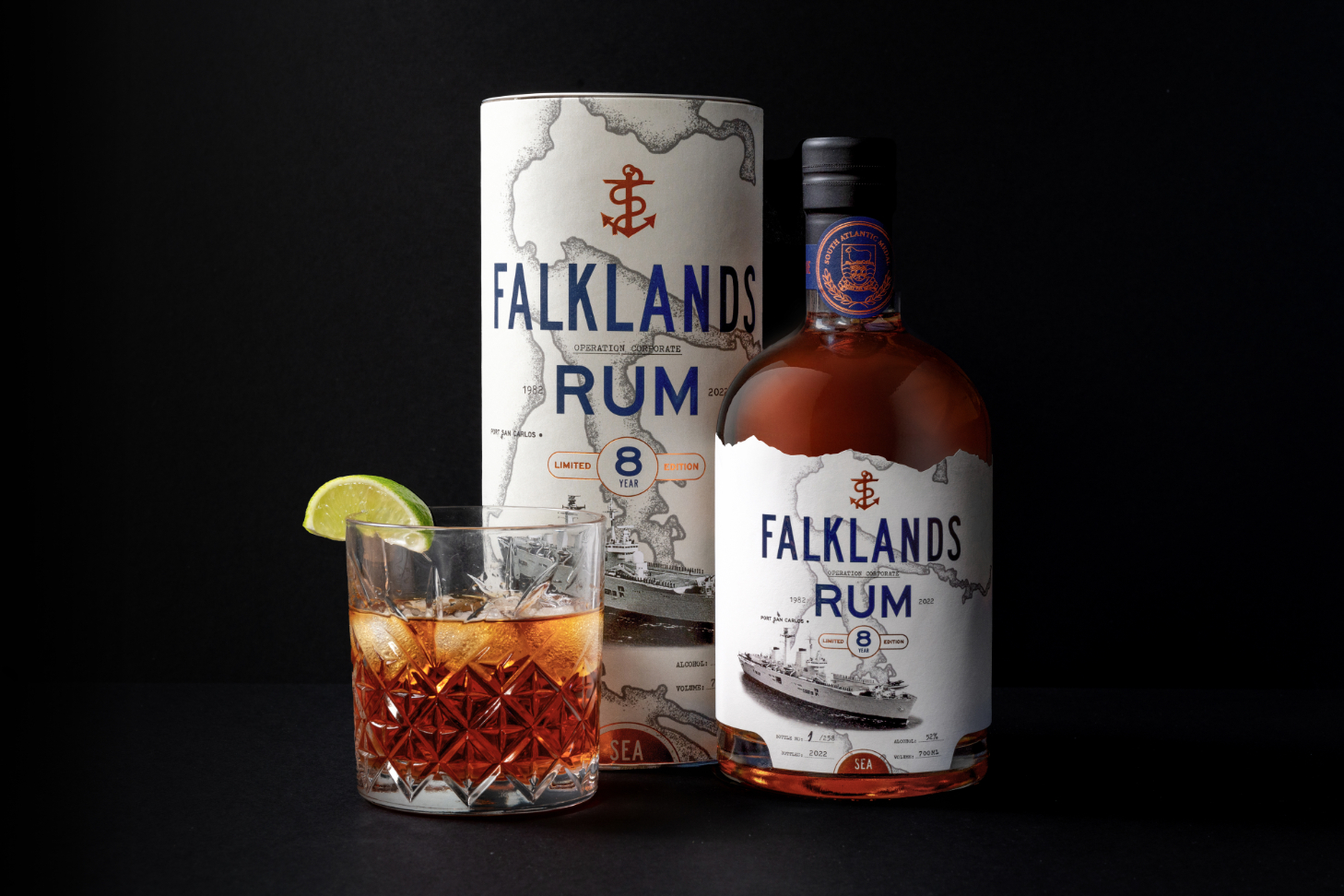 Working with Dropzone Brewery we created the brand and packaging for a set of limited edition spirits to commemorate the 40th anniversary of the Falklands War.

With three individual themes of Land, Sea and Air, we took inspiration from uniform colours, military insignia, battle maps, authentic letters and historic photographs to create a premium and contemporary spirit brand that preserves the history of such an event.

Dropzone Brewery, endorsed by the South Atlantic Medal Association 82 (SAMA82)*, was proud to launch this limited-edition whisky to support veterans of the Falklands conflict to maintain and promote a sense of pride and comradeship among all involved in the South Atlantic campaign.

Each limited-edition spirit will be restricted to the production of 258 bottles; one for each person who lost their lives in the liberation of The Falklands.

All the profits are donated to SAMA 82.

The limited-edition spirits were very successful during the pre-sale and have received glowing reviews from some high-profile ex-servicemen who love the designs.

Sensitive to the suffering that occurs due to wars, we focused our research exclusively on the positive. The heroes, the brave, the master tacticians and skilled engineers who, despite the immense challenge, successfully liberated The Falklands. We developed a hot foil neck label referencing the South Atlantic Medal, presented to veterans of the Falkland War.

Leaving no stone unturned our research took us into the Imperial War Museum archives where we were able to source the amazing work of war photographers, battle maps and original documents including the instrument of surrender. The typography across the packaging was designed to echo the typewritten and handwritten text used on the official surrender documents. We used a typewriter to maximise authenticity.

We sourced tactical maps from the conflict to tell the story of each division (land, sea, air) visually across the secondary packaging. The maps are printed in full on the reverse of the bottle labels to be revealed as the liquids are consumed and details were used to decorate the back of the secondary packaging tubes. These maps also inspired typographic styles across the designs.

The ragged edge of the label was inspired by the mountainous landscape of the Falklands while the bottom of the label incorporates a ‘batch label’ – a traditional mark of quality and reflective of vintage spirit labelling. 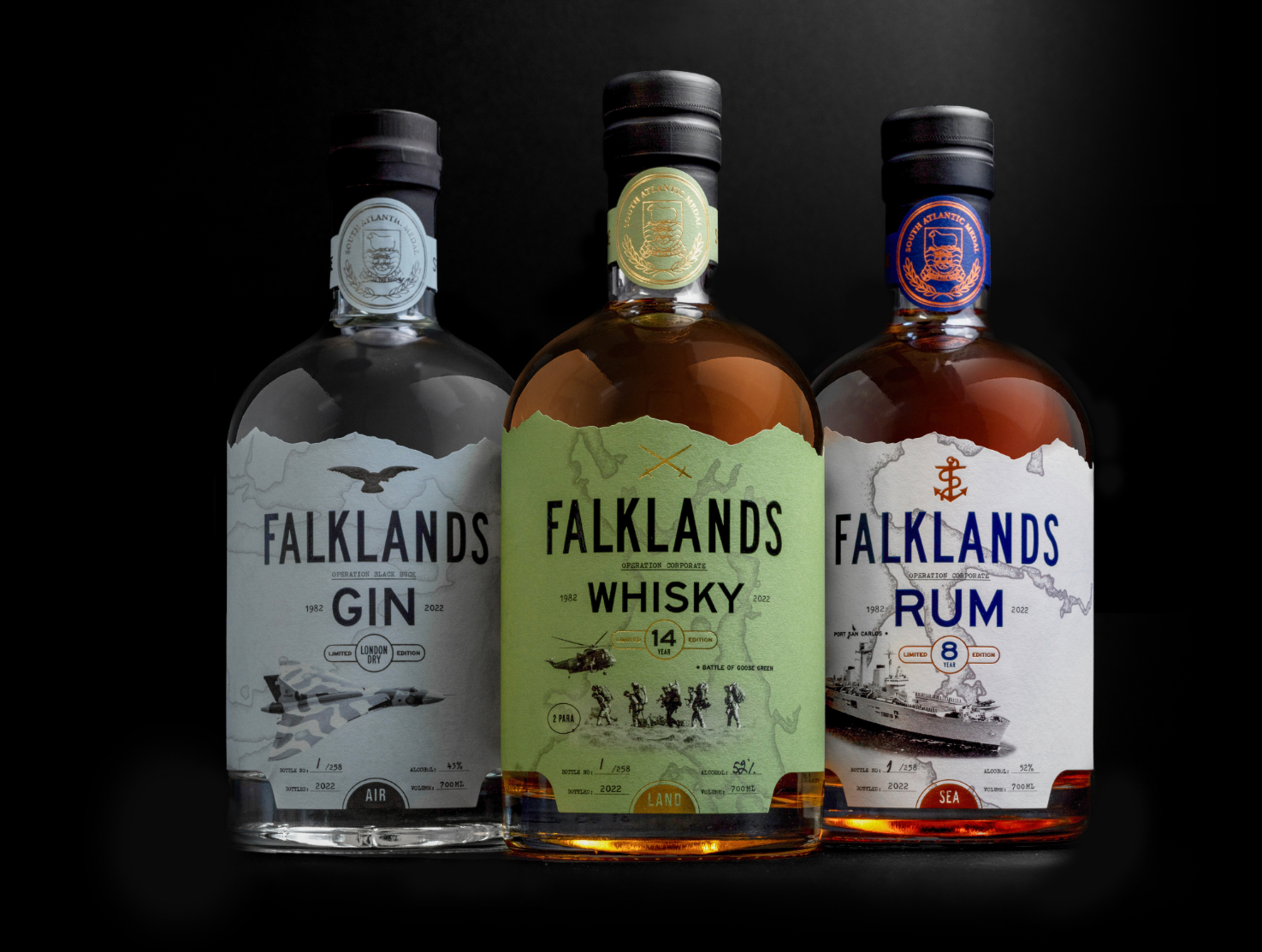 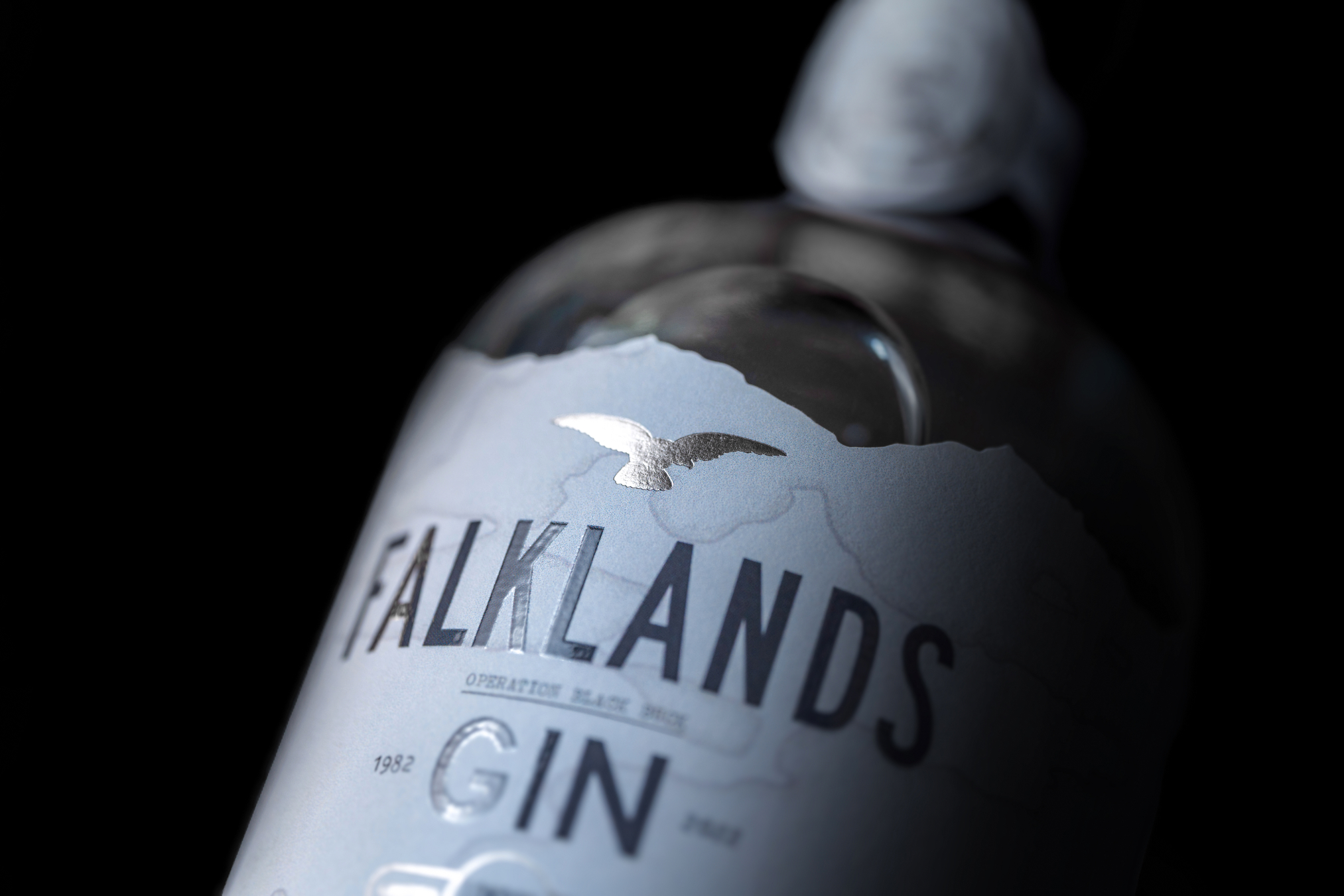 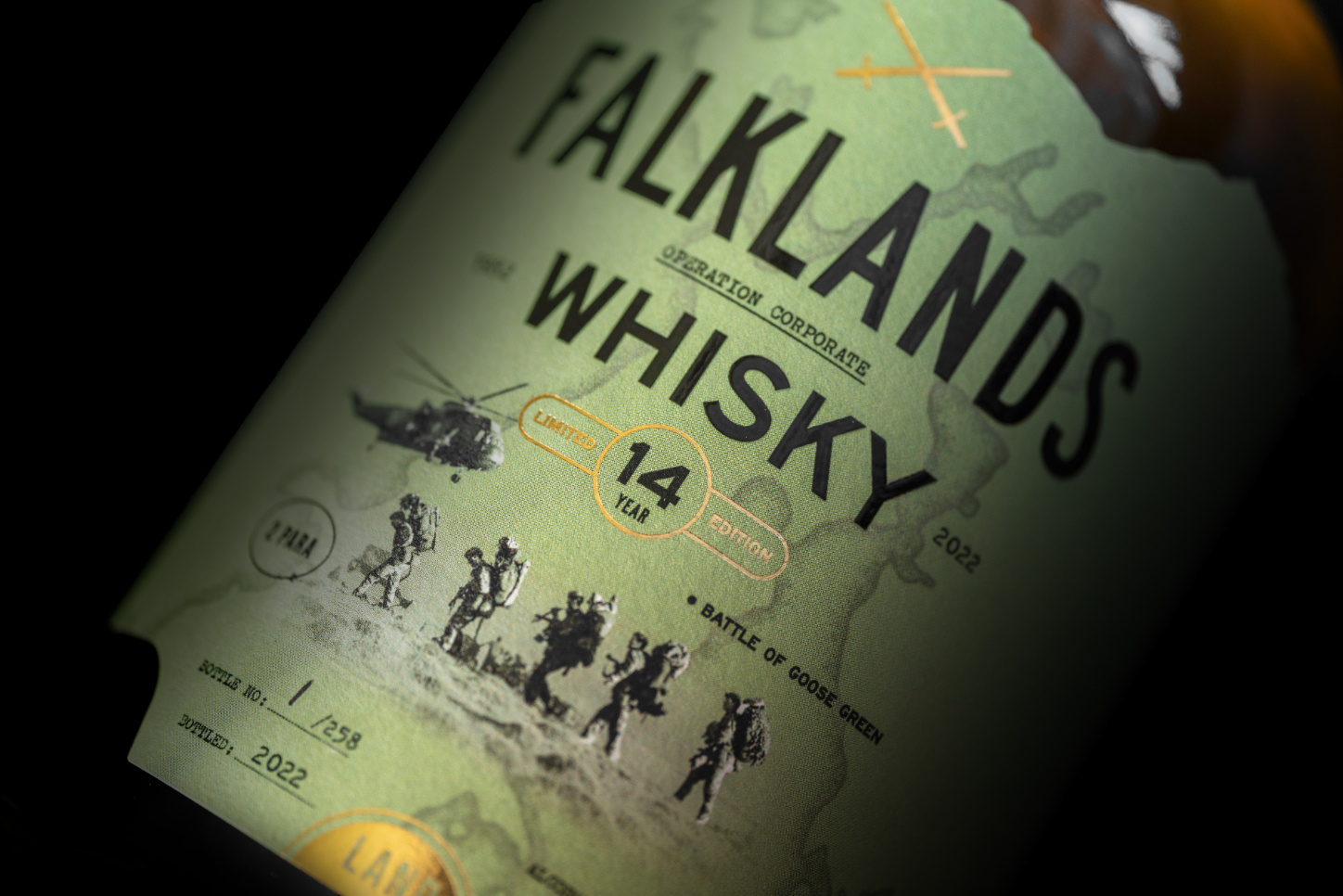 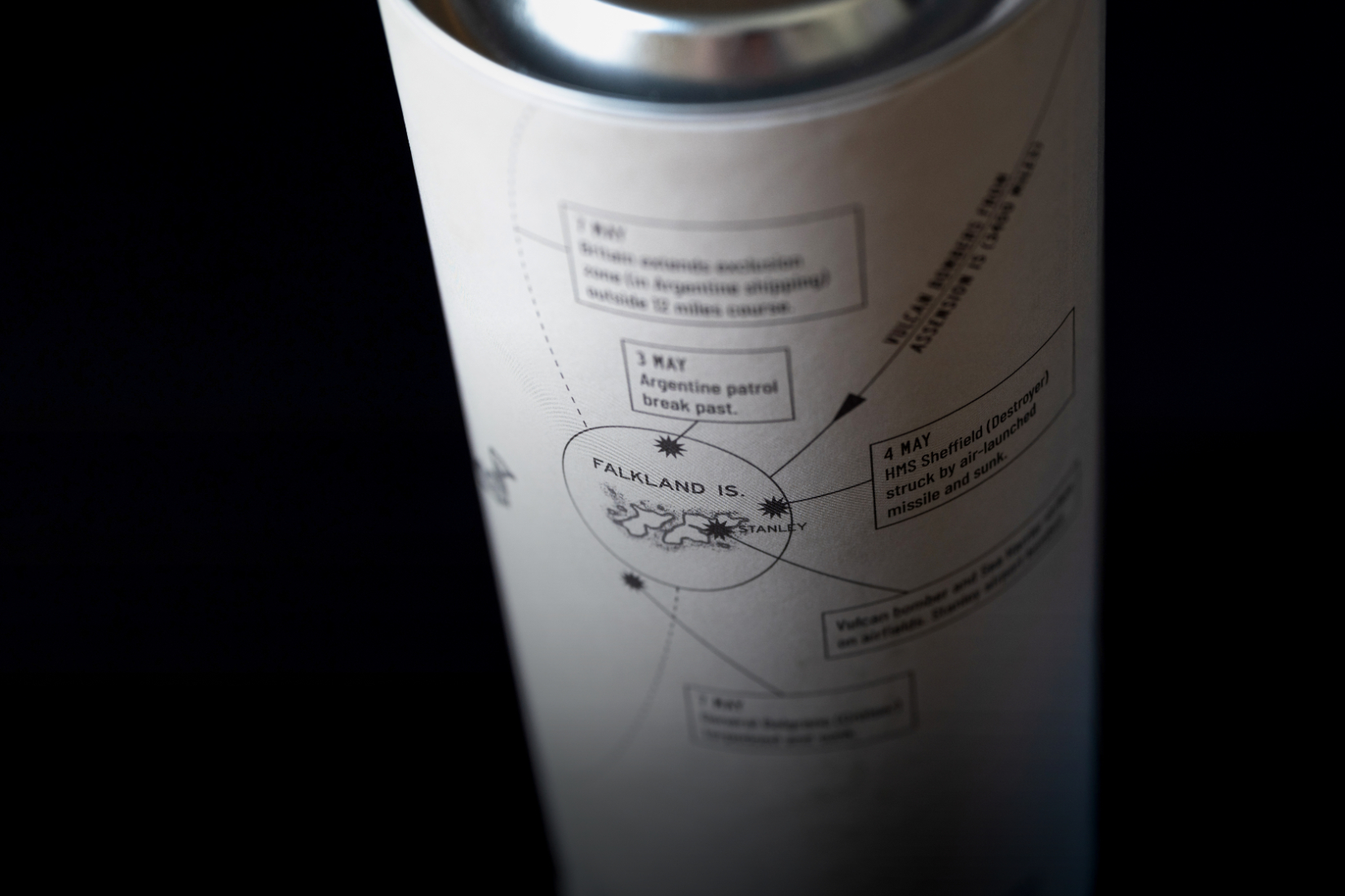 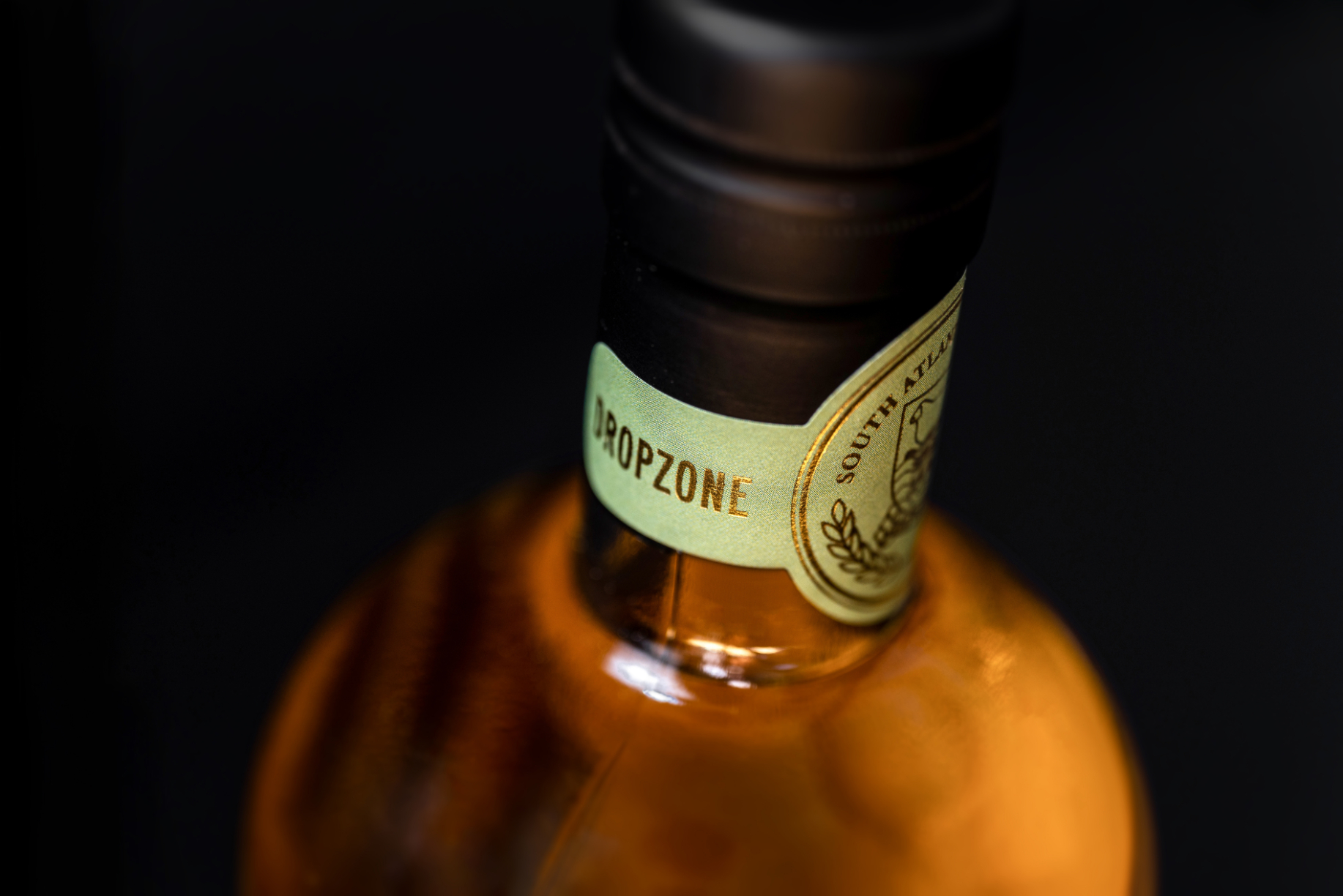 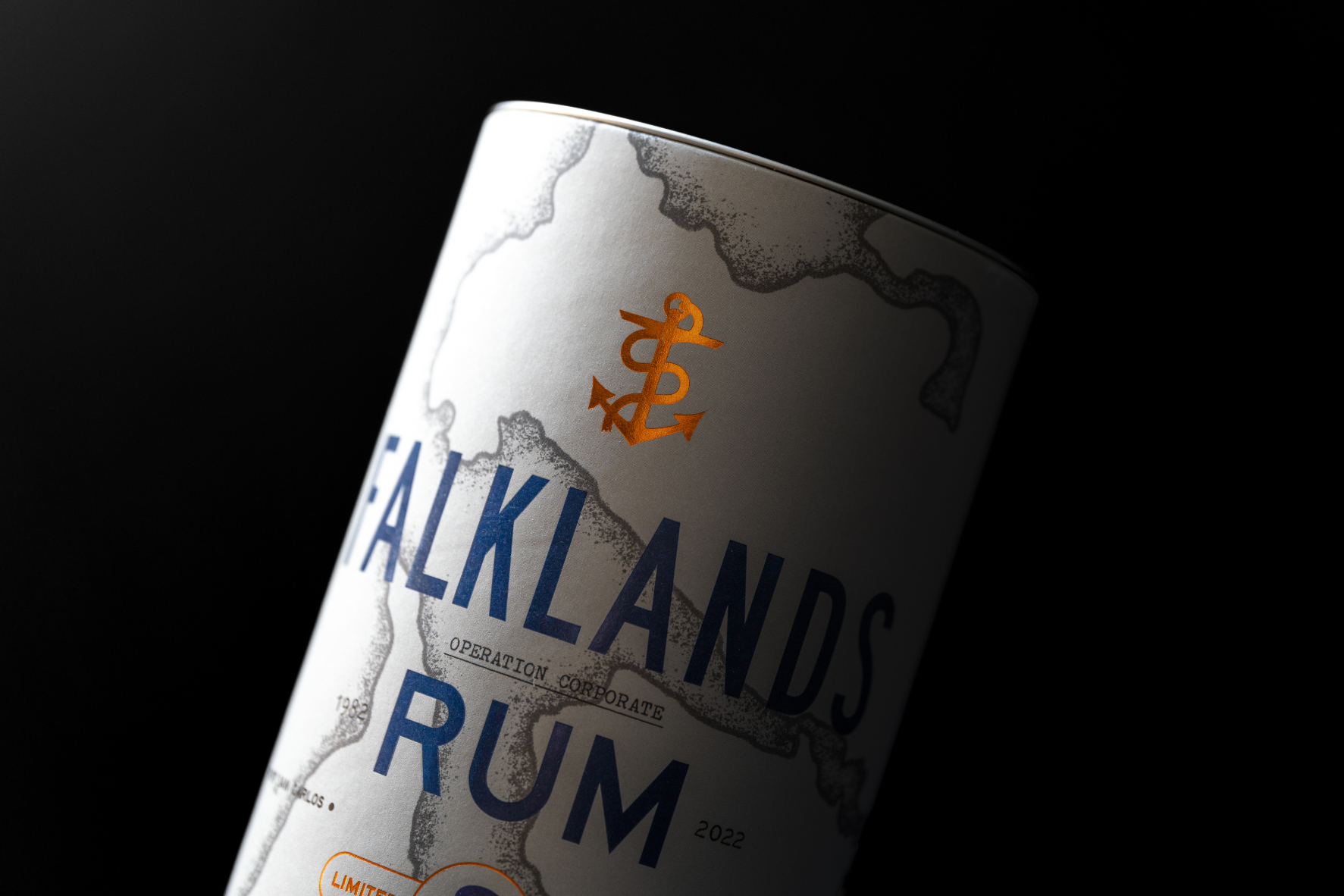 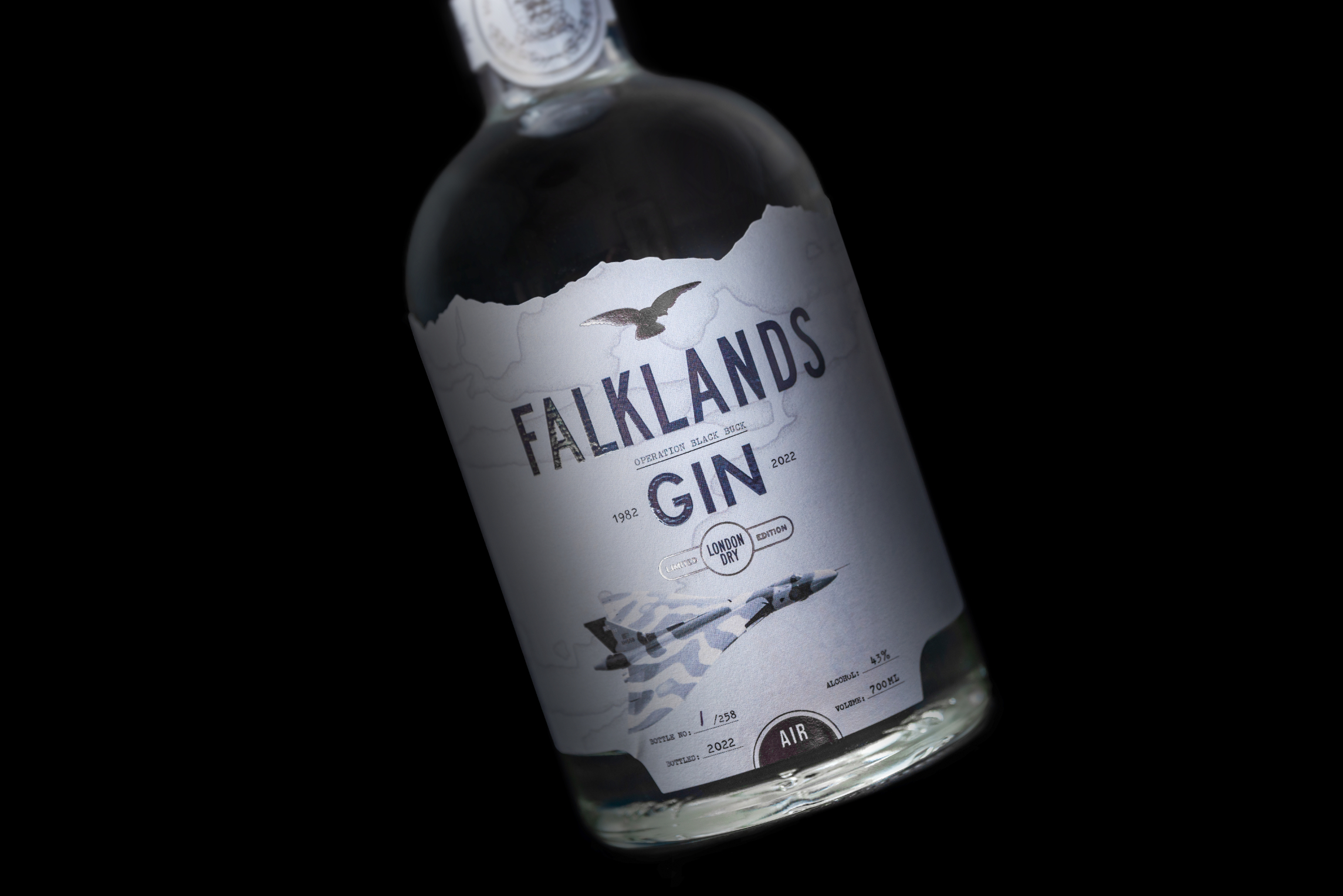 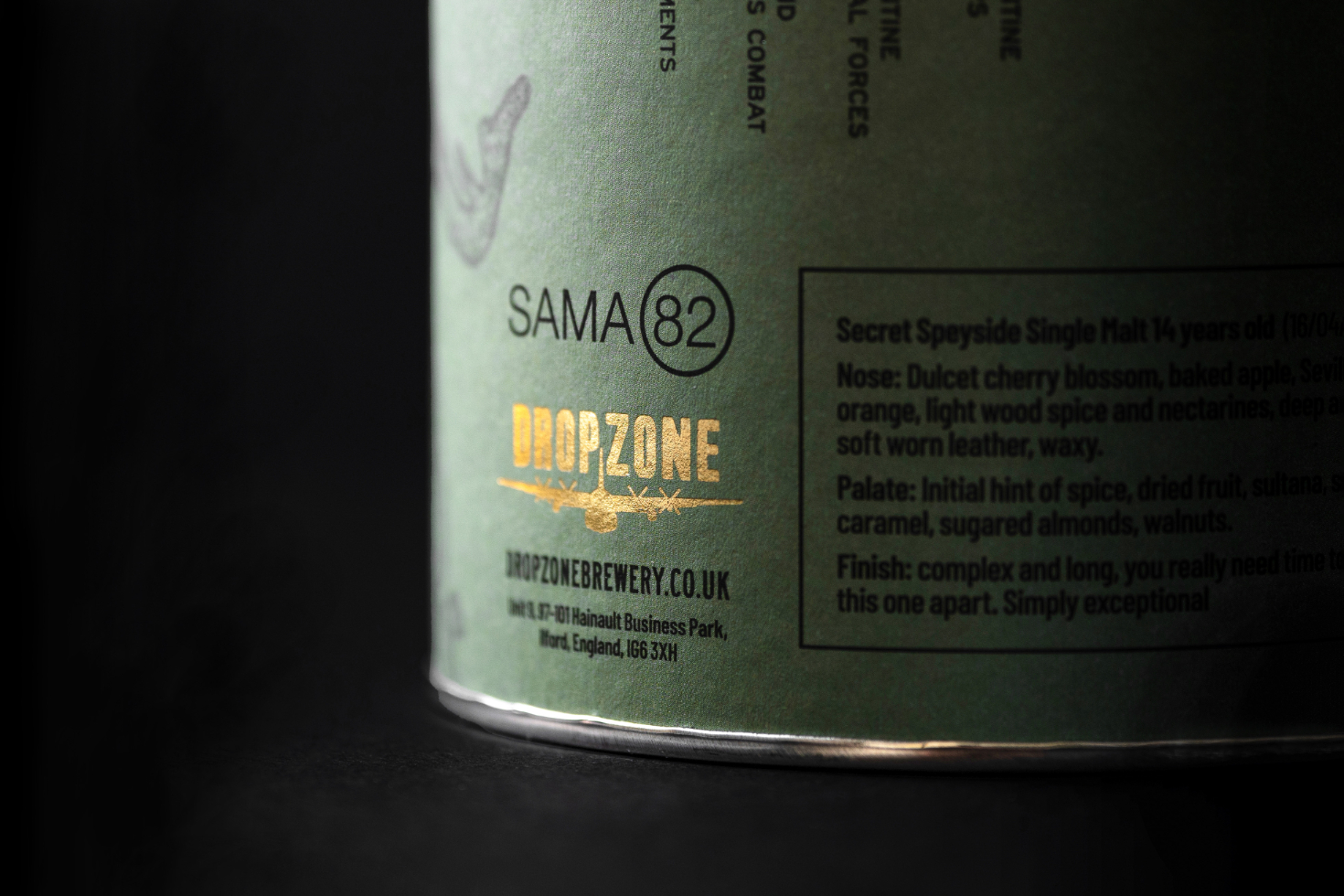 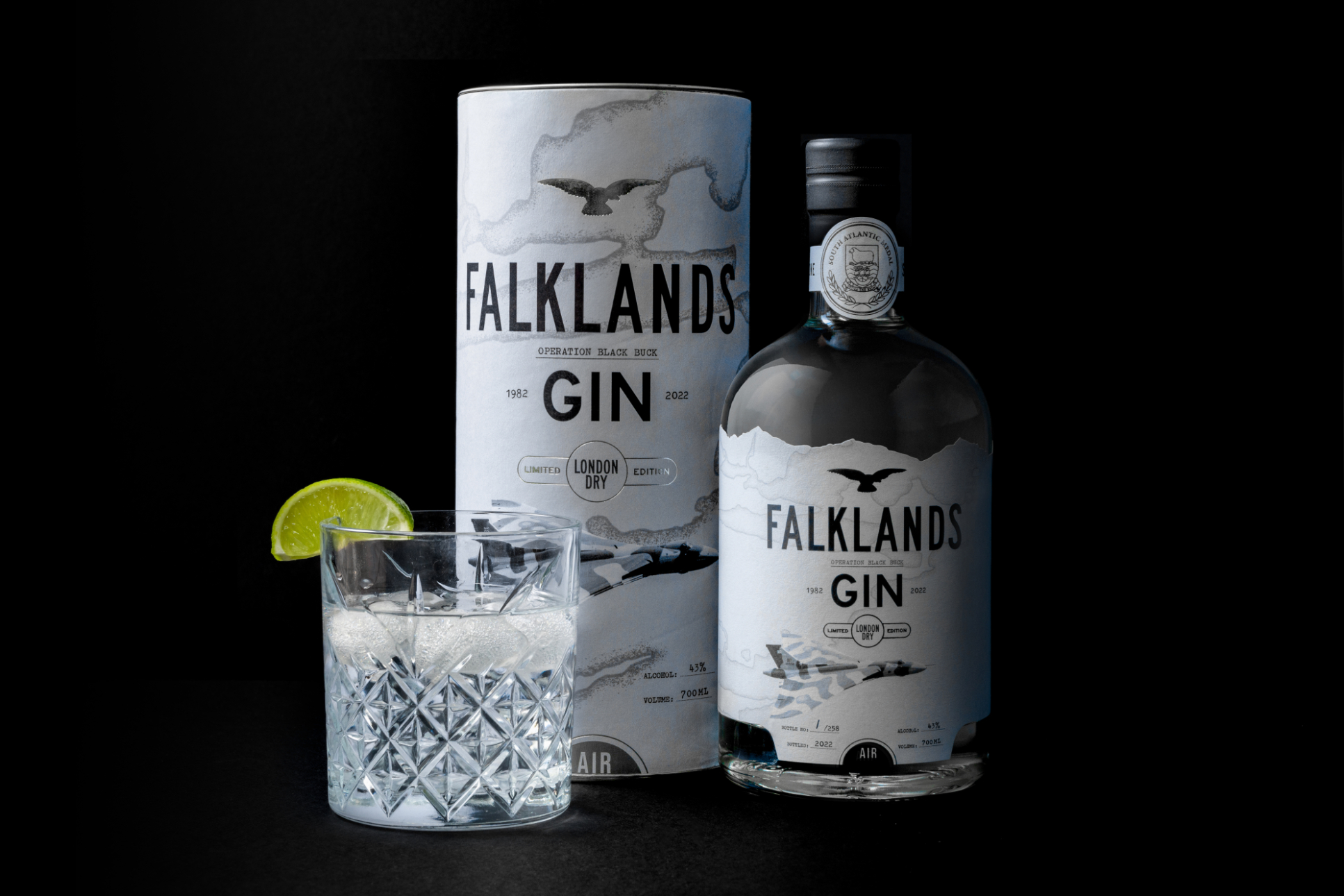 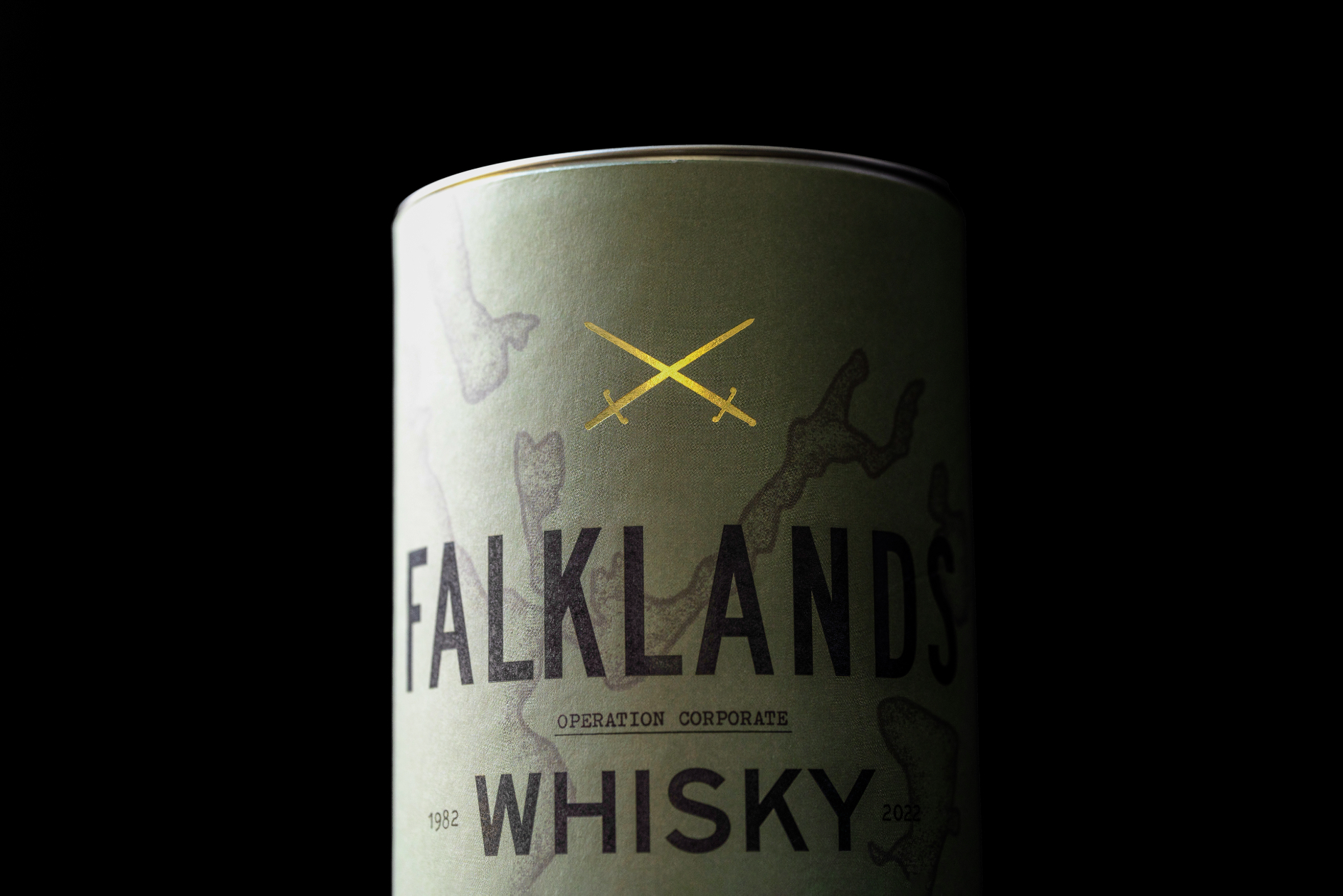 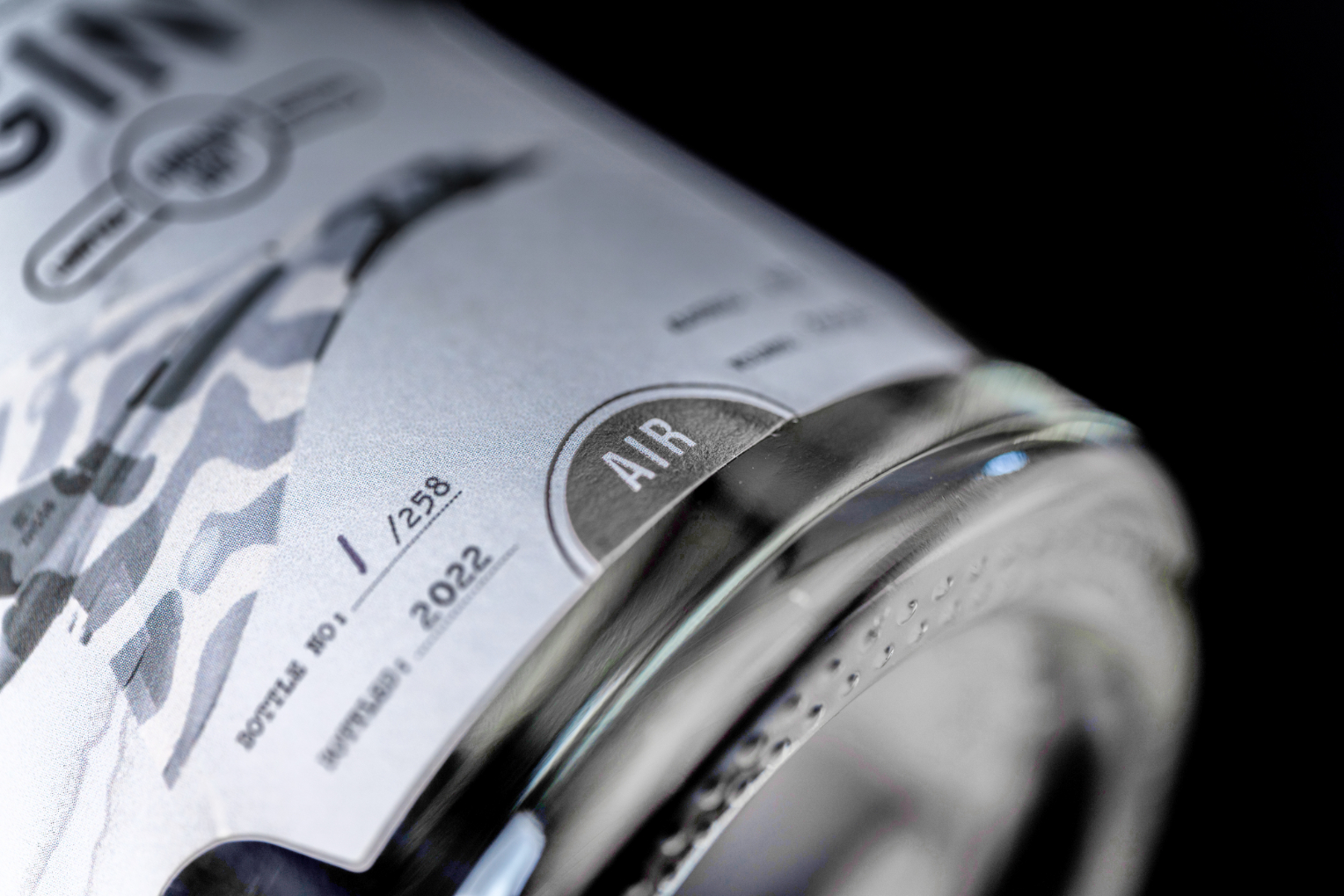 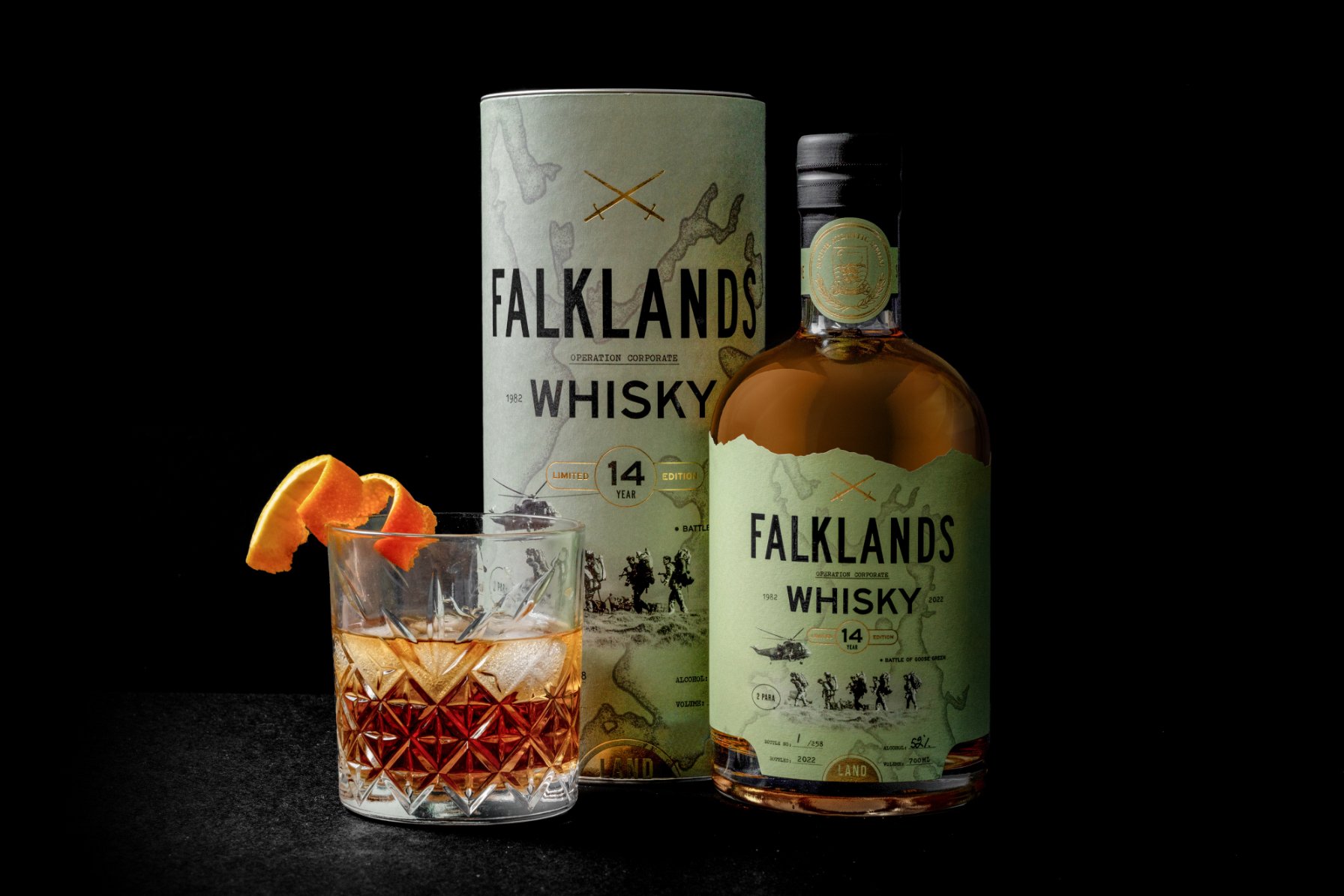 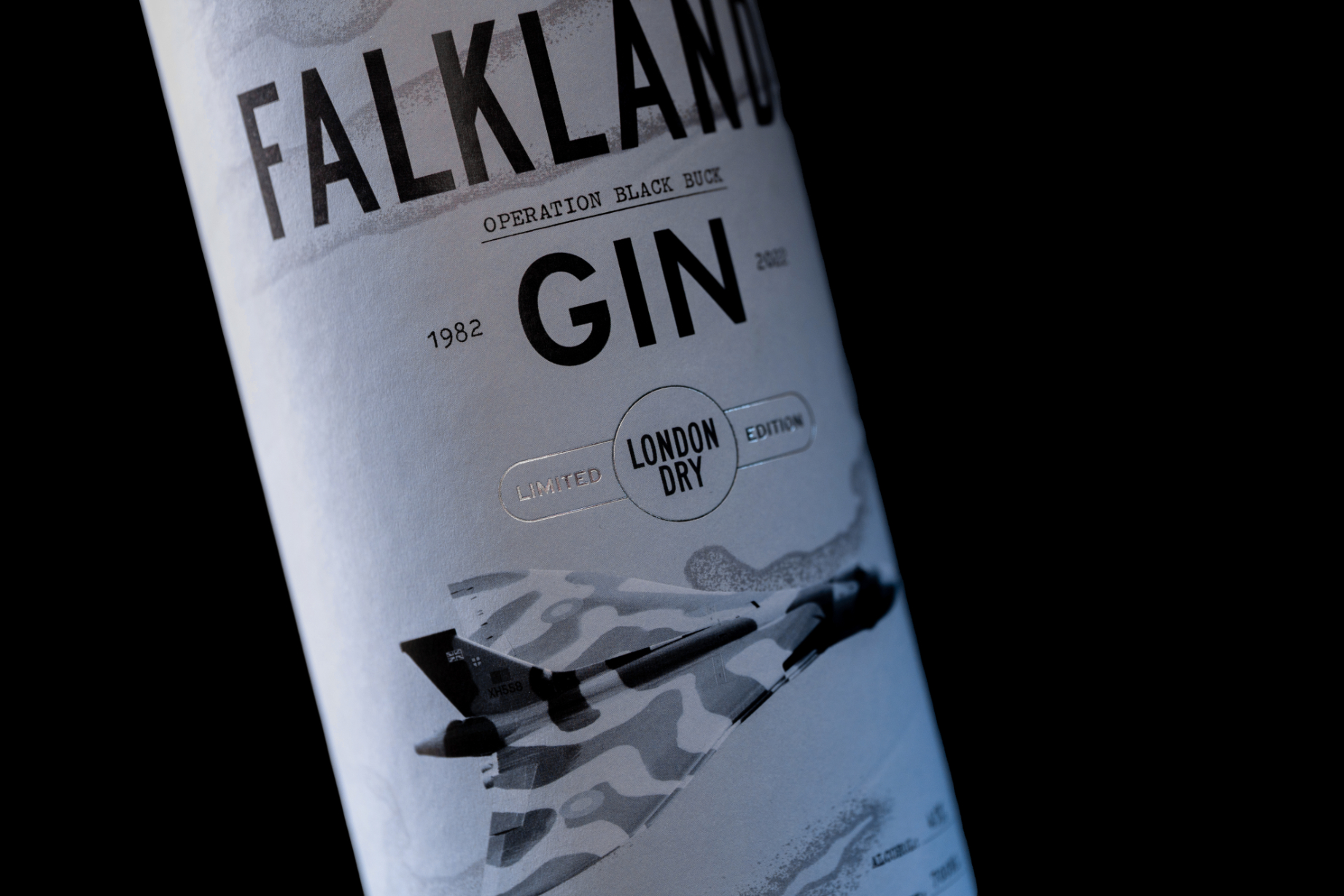 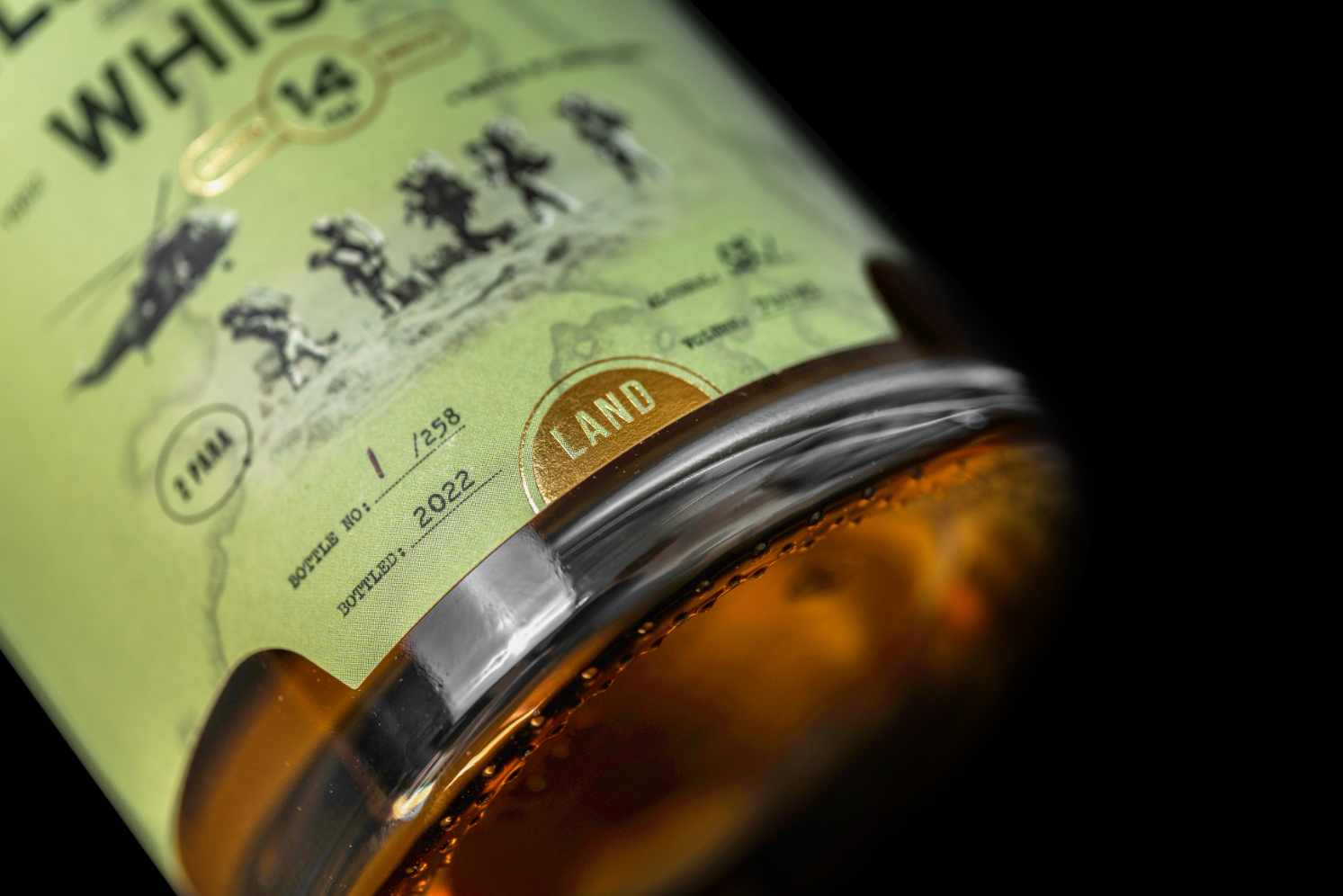 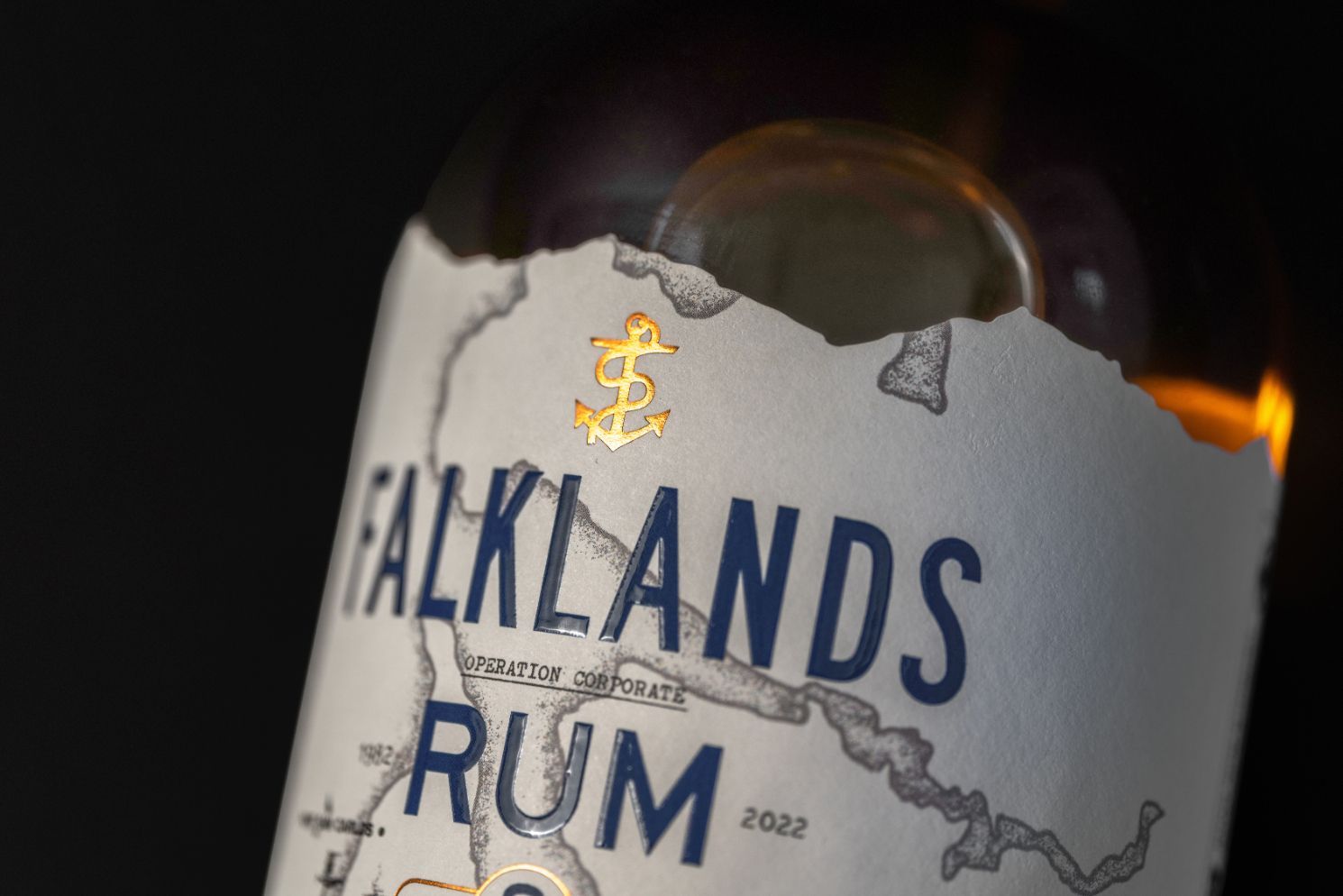