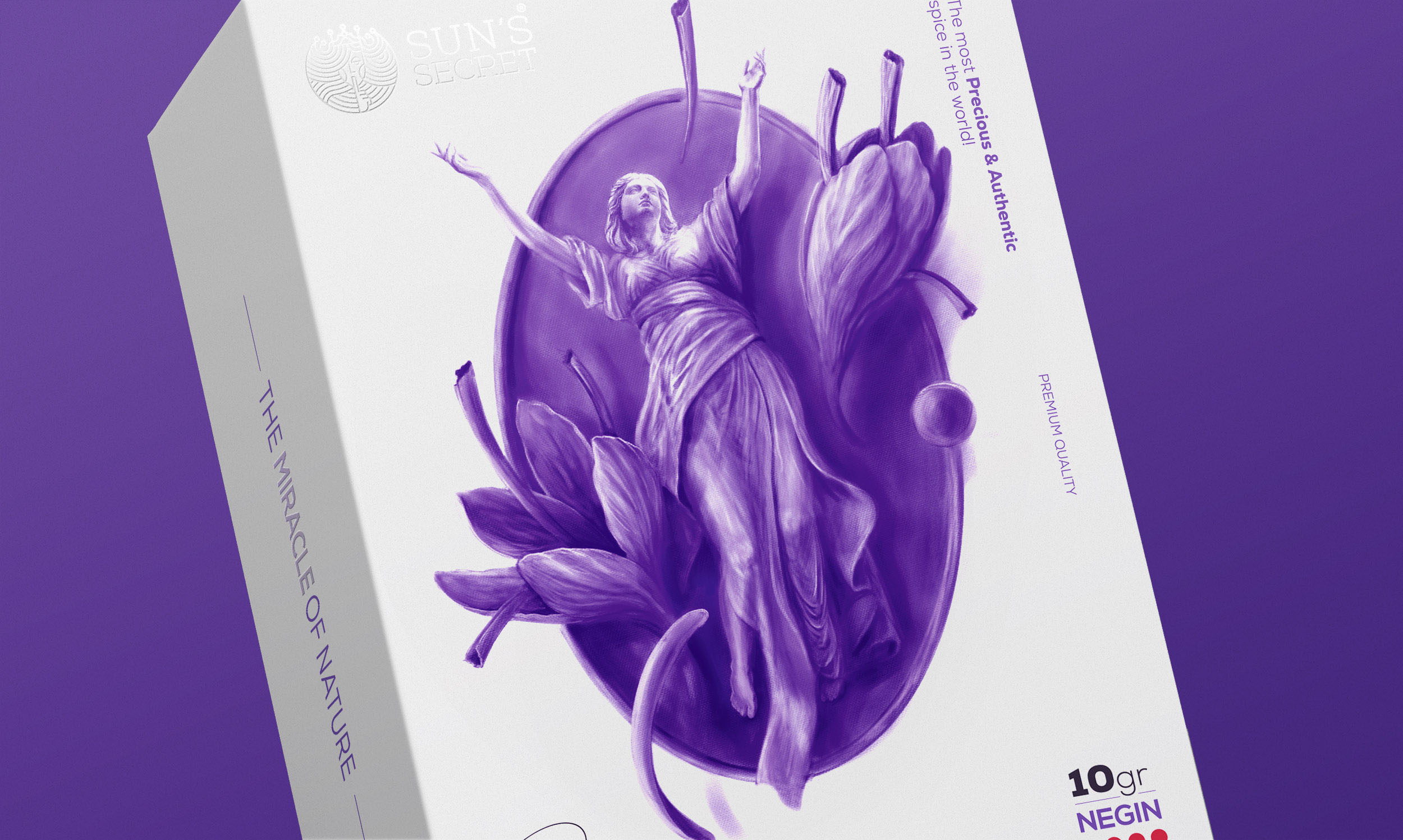 The sun plays an important role in saffron fields. The purple and violet buds of saffron, which have been growing all night and dancing with the dew, are just waiting for the sun to open their faces and bloom all over the earth. On the one hand, the sun has a character called “Khorshid Khanoom”. It is an Iranian motif used many times over the centuries by Iranian painters and miniaturists.

It’s obvious from the name of the brand that behind the most luxurious spice in the world, saffron, lies a secret. The golden hour to harvest saffron is before sunrise, and if it is picked later, it loses its aroma and colour. Beautiful women of the countryside come to the fields in groups, baskets in hand, to gather the saffron flowers.

In terms of the type of packaging, we decided to engage the audience more in understanding the atmosphere of this valuable flower and spice. We, therefore, added augmented reality to the distinguishing features that the illustration already had. In this way, by scanning the packaging, the audience is able to clearly understand the packaging elements, and layer by layer, it is possible to see the atmosphere between the illustration. 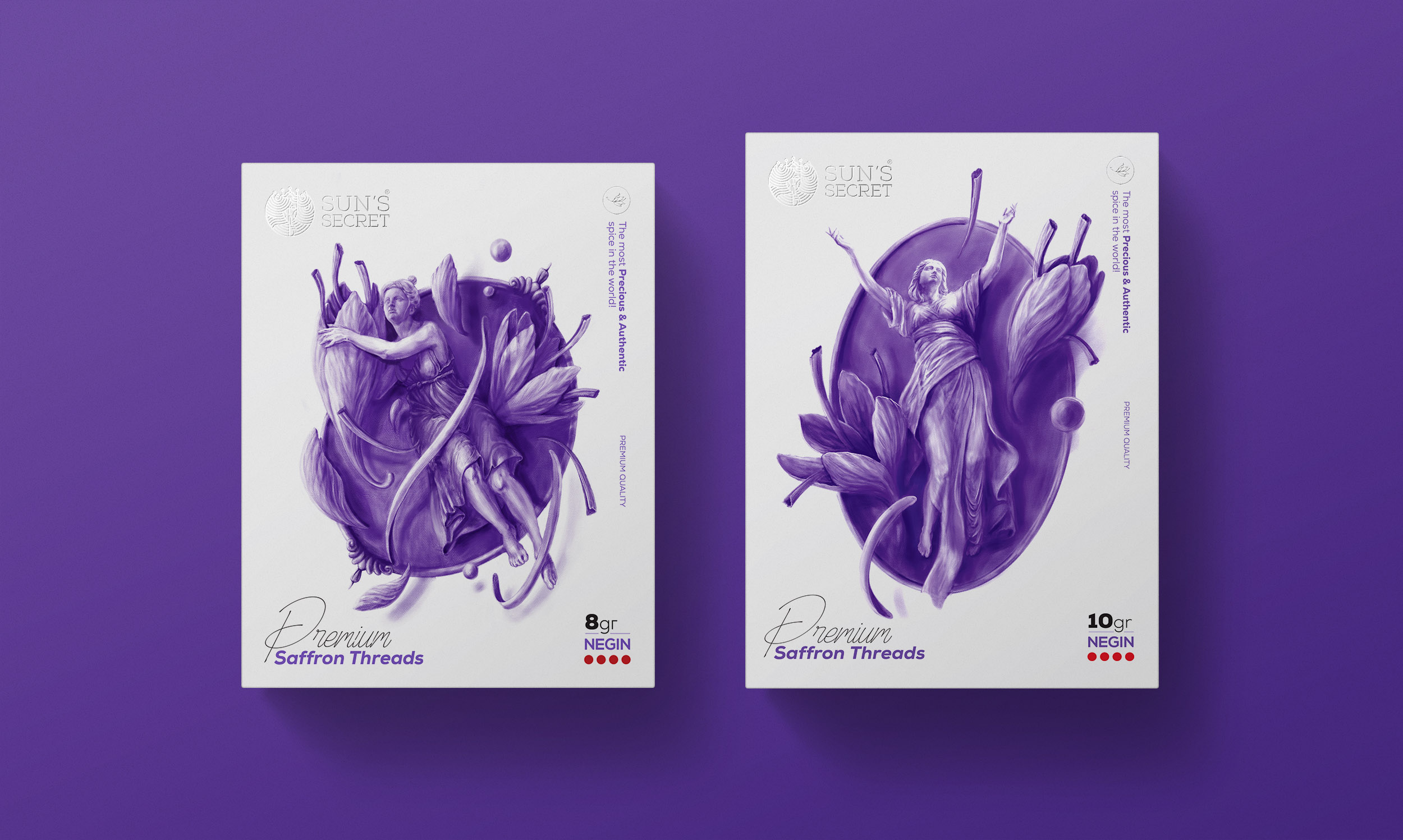 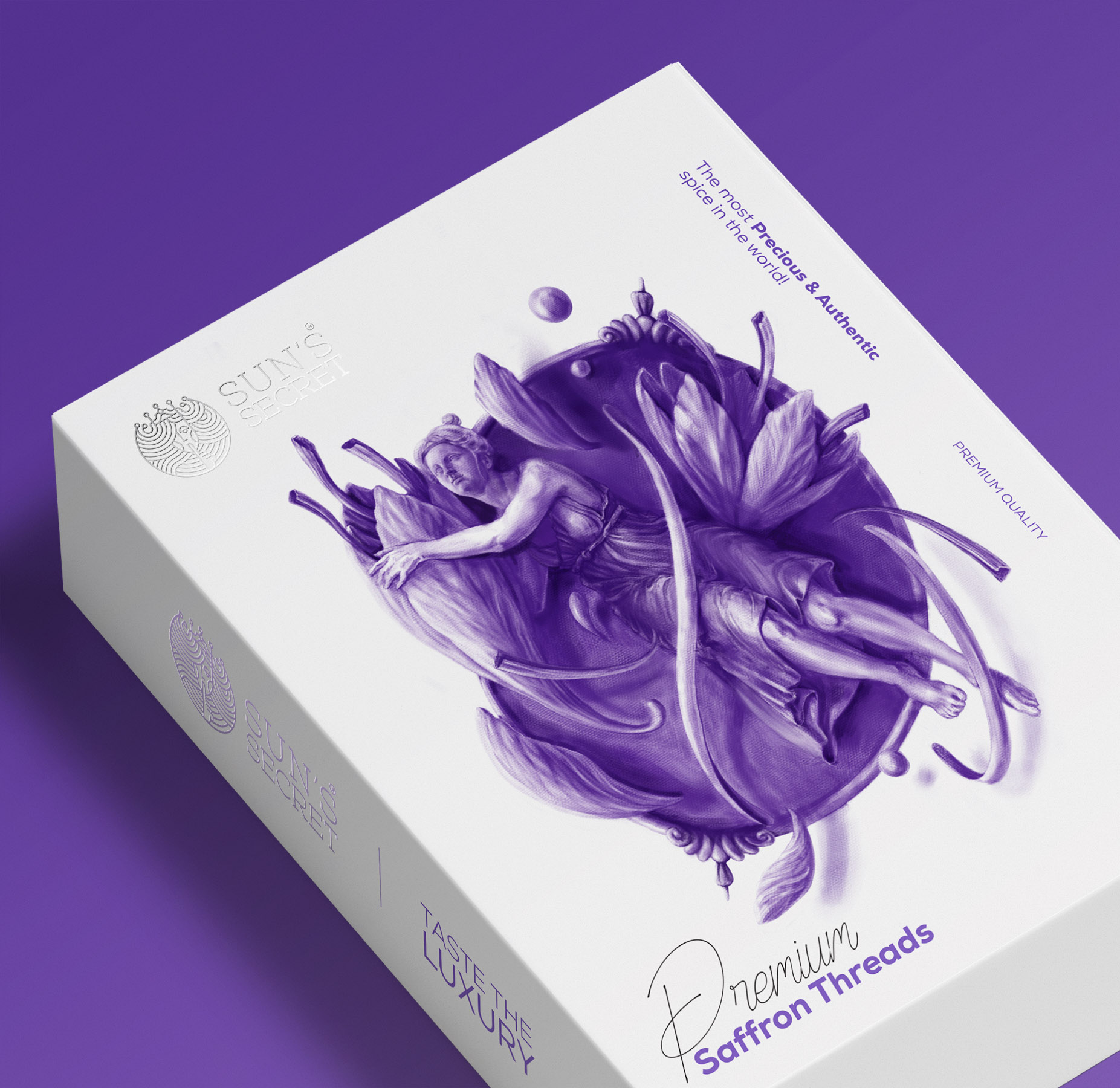 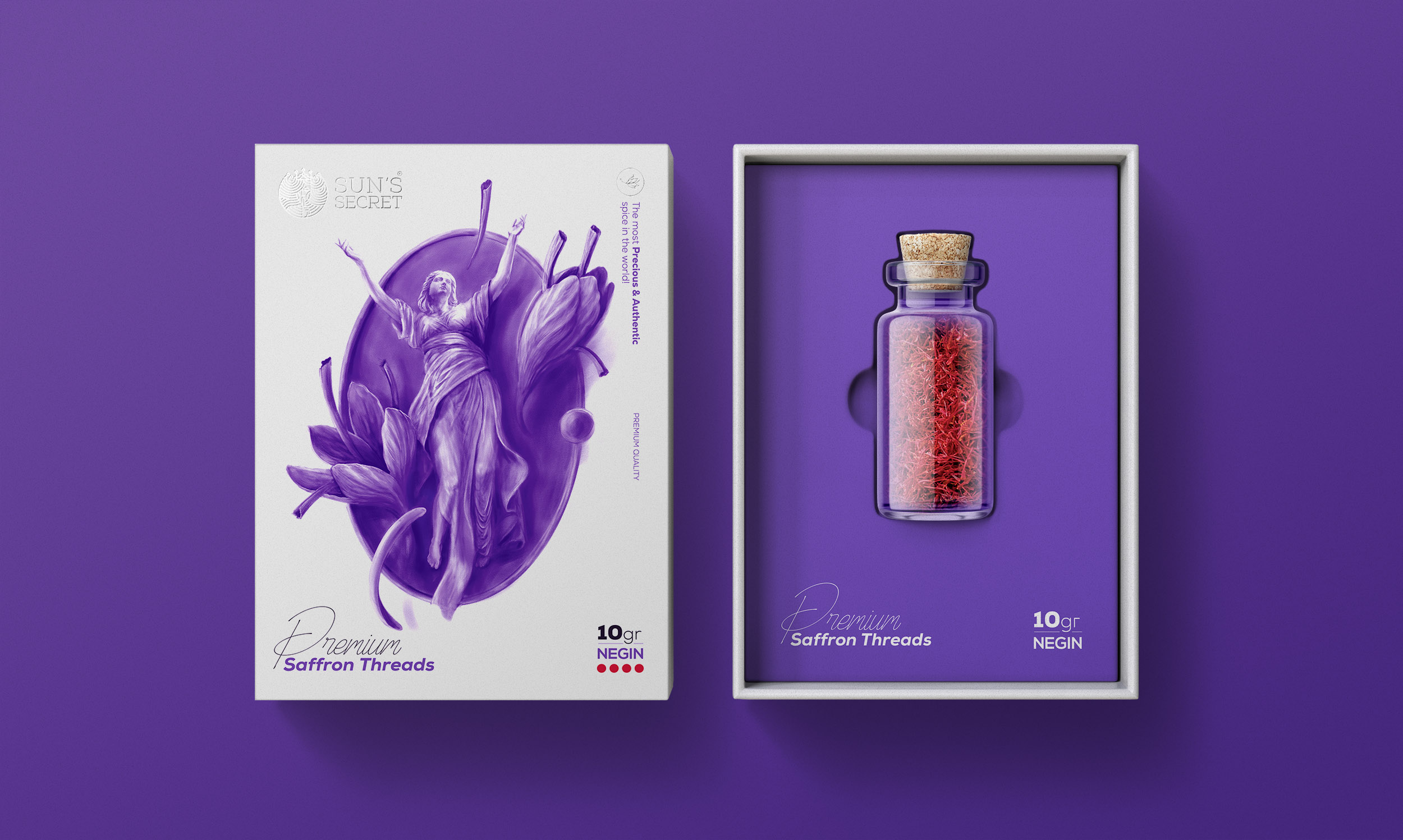 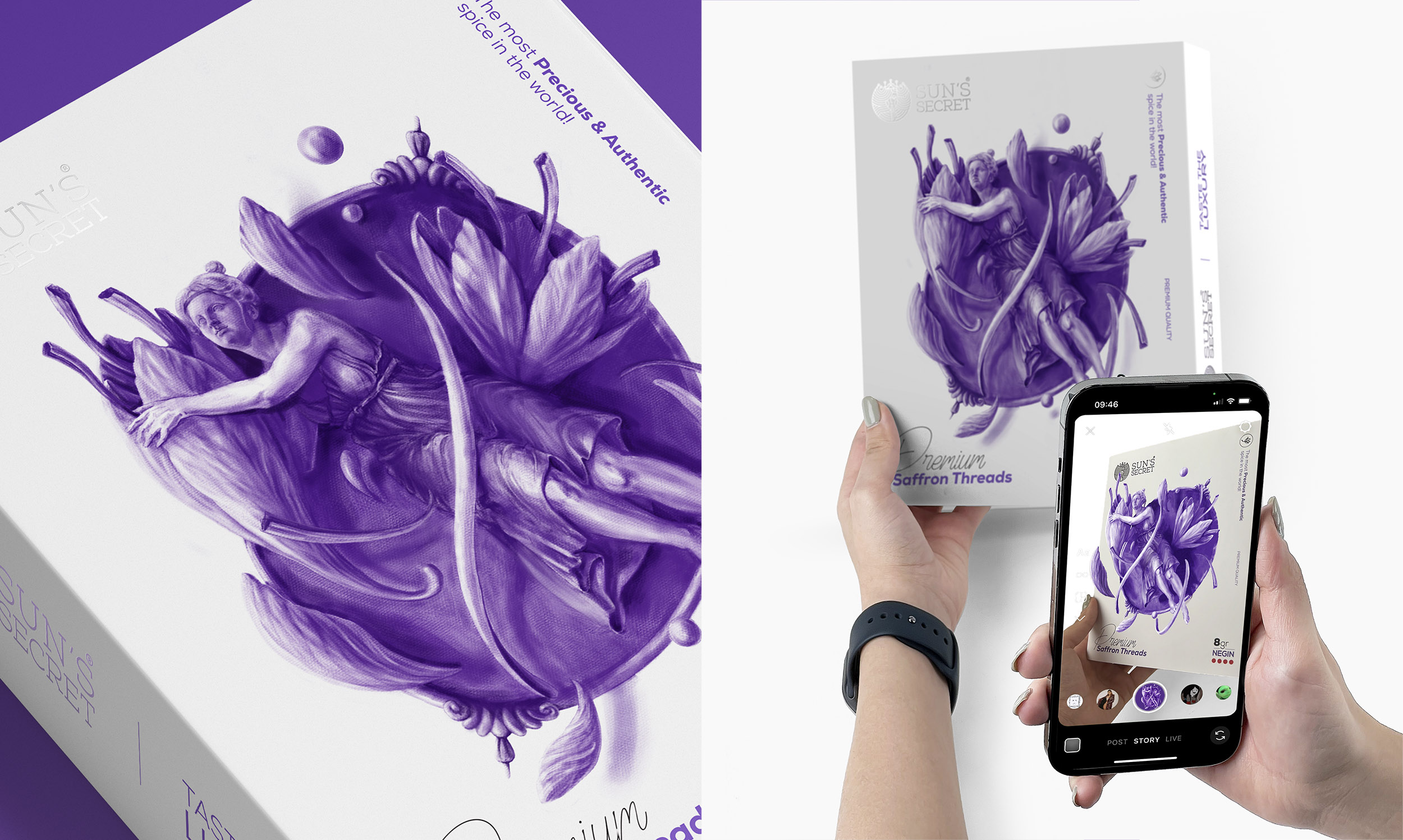 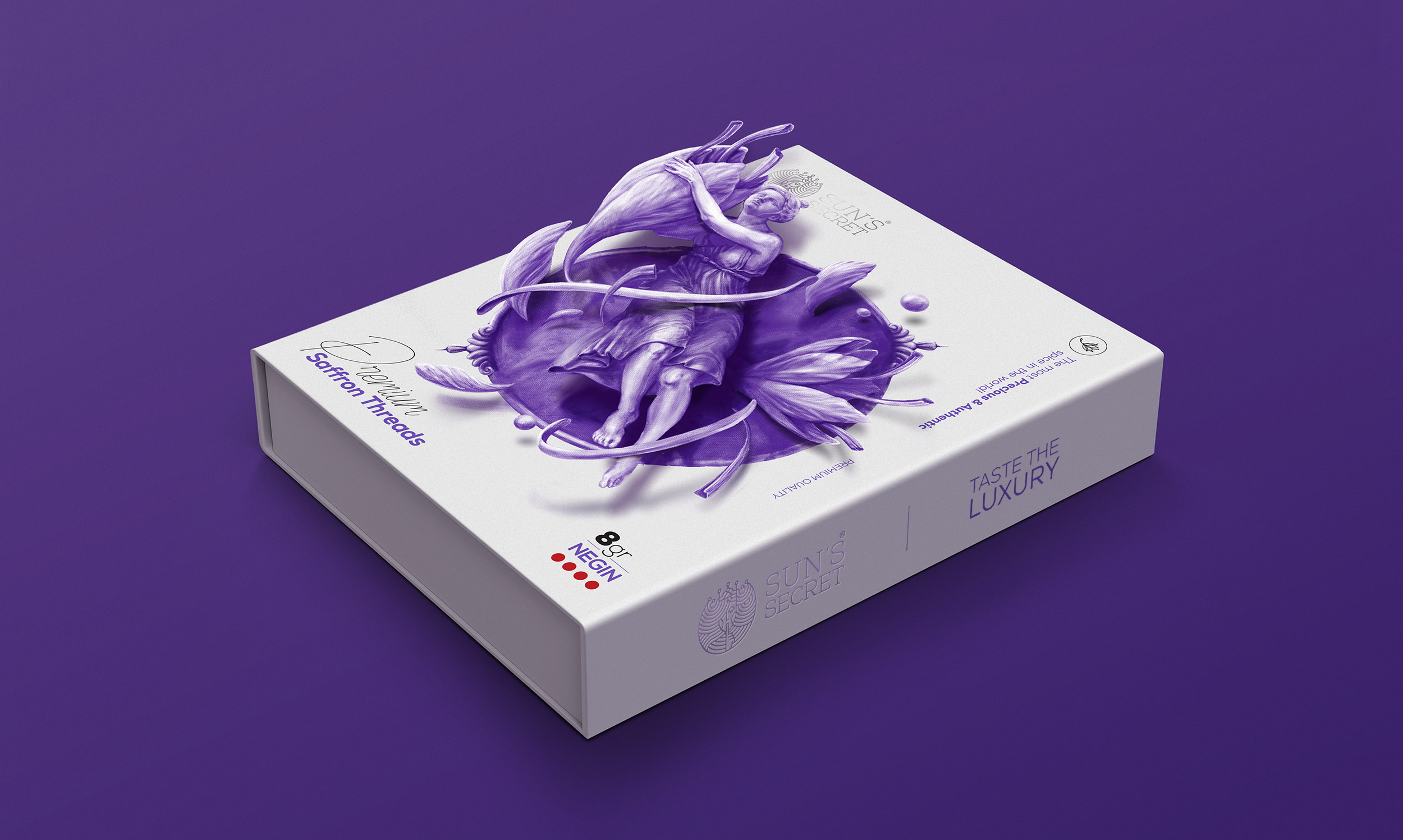 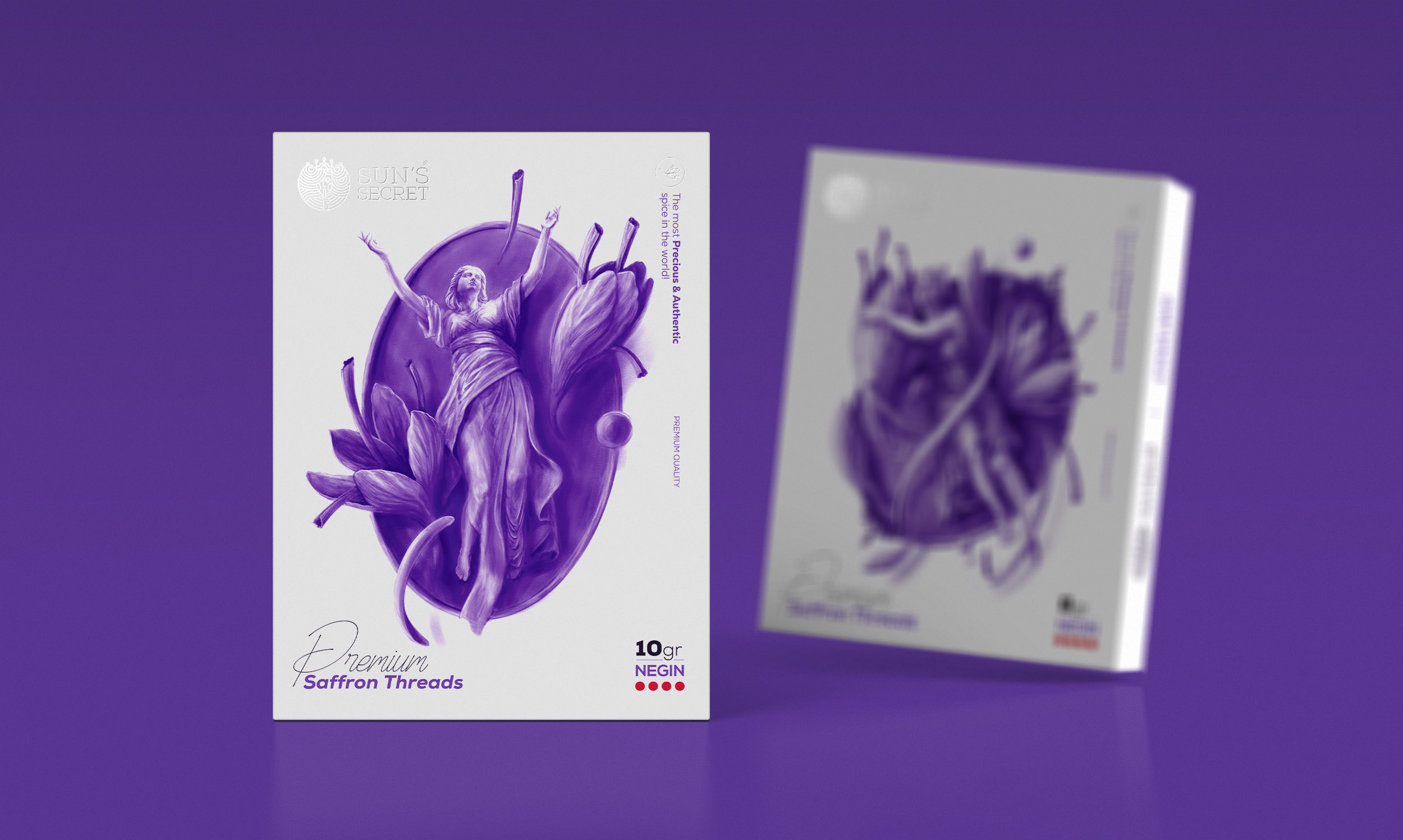 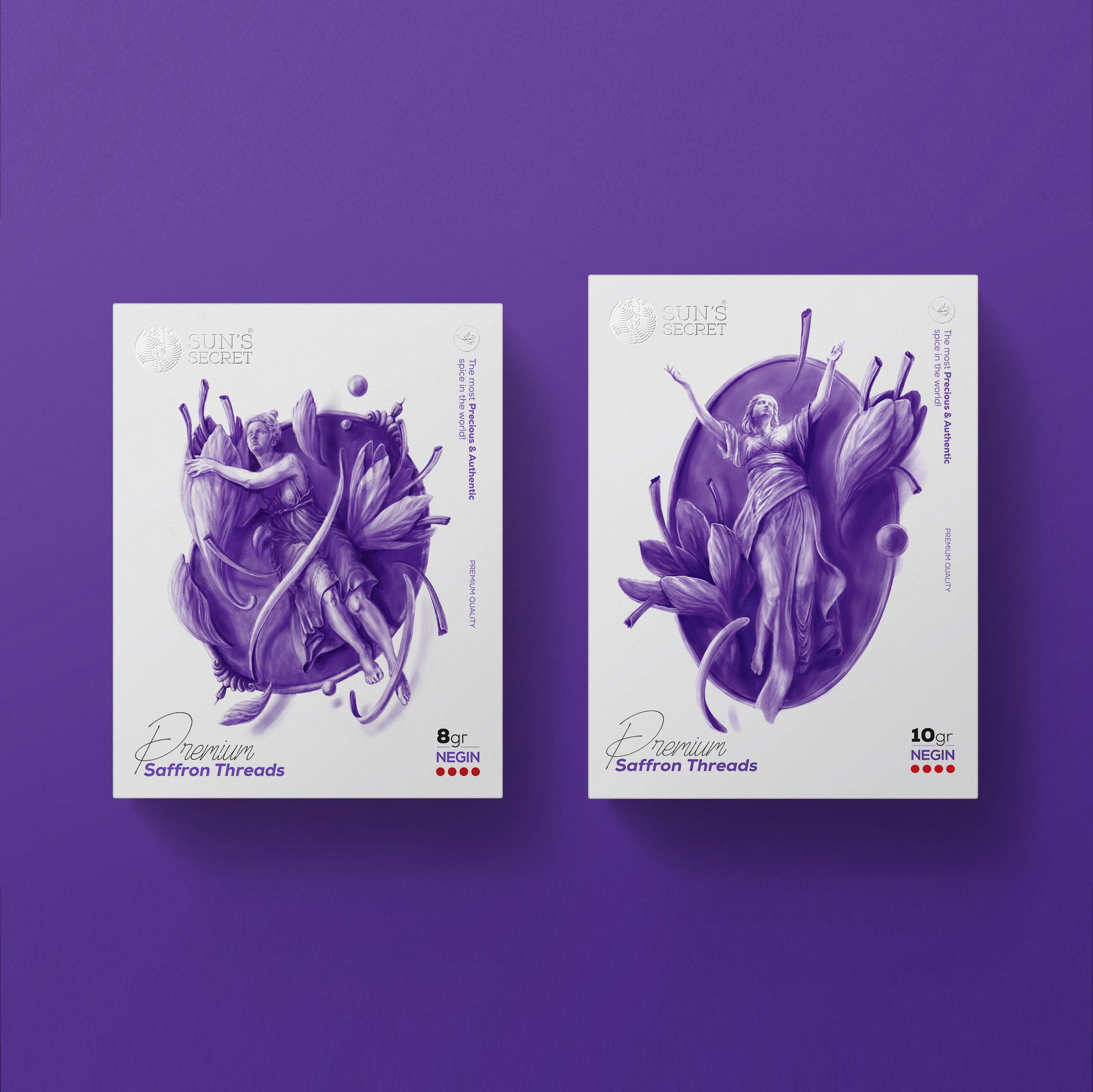