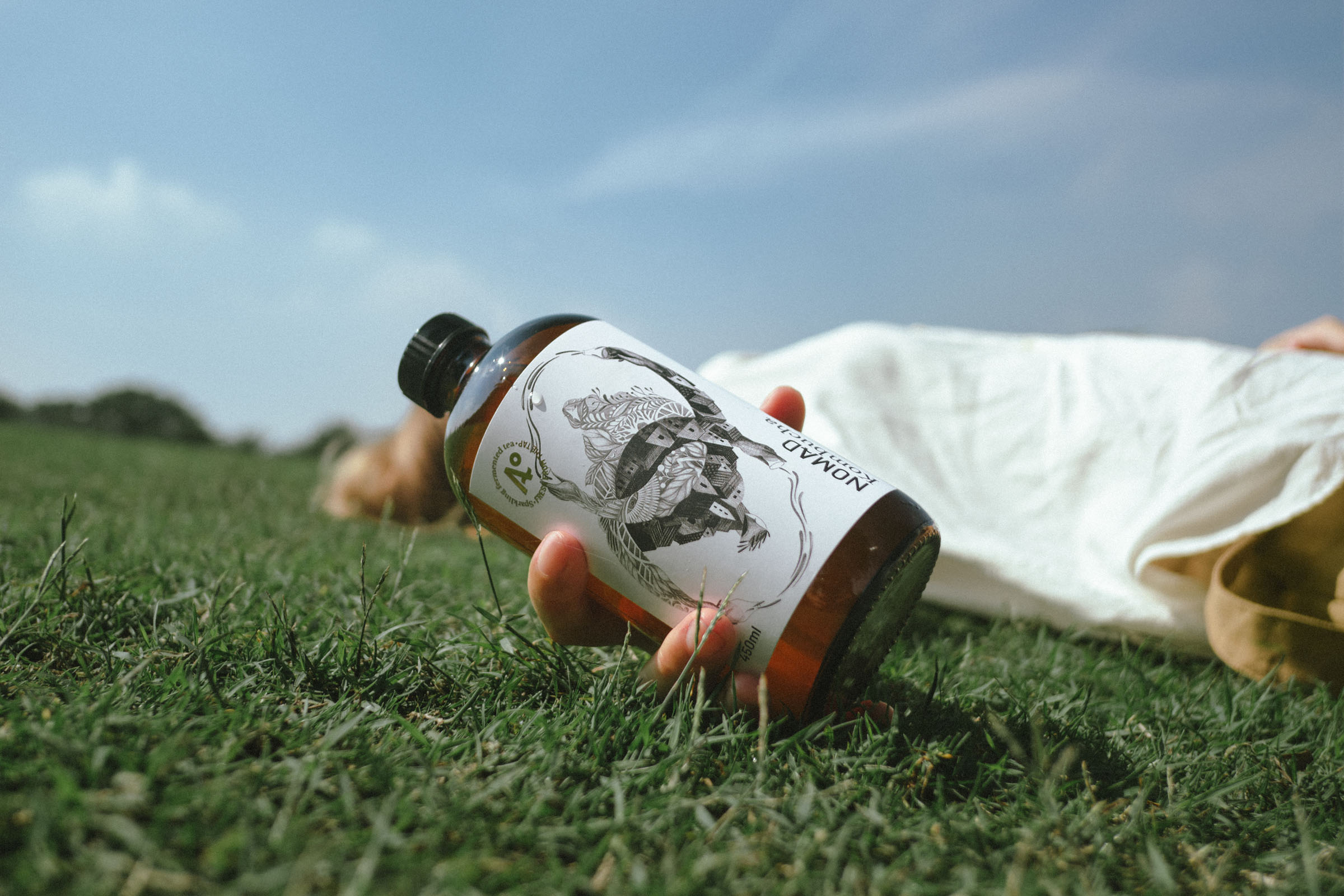 Kombucha tea is a fermented drink made with tea, sugar, bacteria and yeast. Kombucha tea, known by many, is a drink that has many health benefits, and by consuming a good amount of Kombucha tea would help your digestion, rid your body of toxins, and boosts your energy, bringing back the balance to both your mind and body. The idea of keeping your life balance has become the core of designing the label for new Kombucha by NOMAD as we moved forward with the project.

We built the visual concept; the “BALANCE”, around the idea of Yin and Yang which went along nicely with the kombucha tea. the “BALANCE” (like Yin and Yang) is visualized by two contrary images that are complemented, interdependent, and interconnected: big city and natural forest, male and female, up and down, light and dark; the two opposite forces that are pulling each other and keeping things in balance because they are bound together as parts of a mutual whole.

We’ve decided to create the artwork fully in black and white because this helps to set the tone for the label. By applying different tones of shading, line weights, density of the strokes, we would be able to focus on telling the story of the two contrary forces interacting in a more impactful way within one single illustration. And also, black and white are one of those contrary elements as well.

So, through the contrary imagery, we want to send out the positive message about keeping yourself in check with your daily routine. Sometimes, you just have to take a break, enjoy a fresh cold Kombucha tea, and put yourself, your body, and your mind back on track. 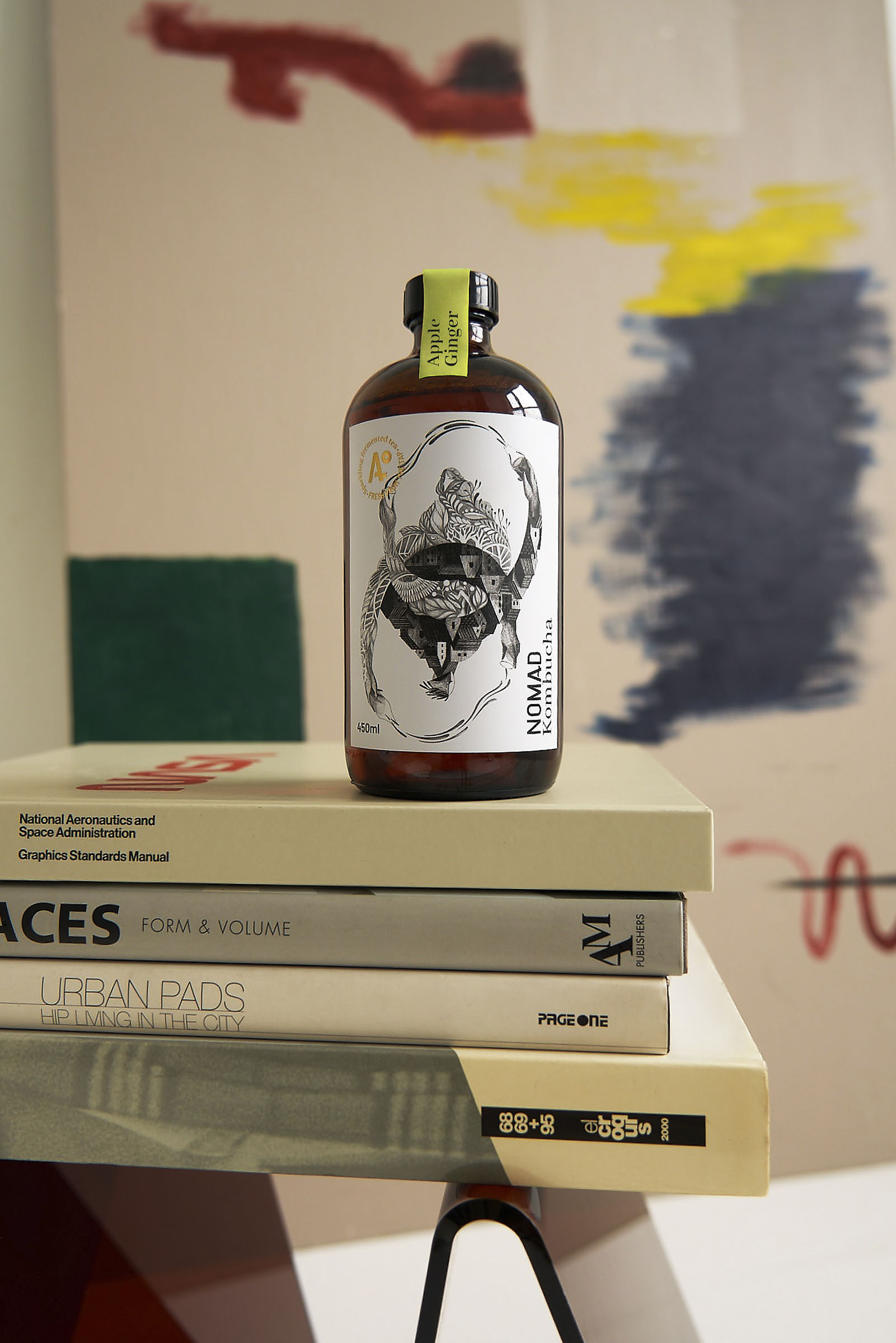 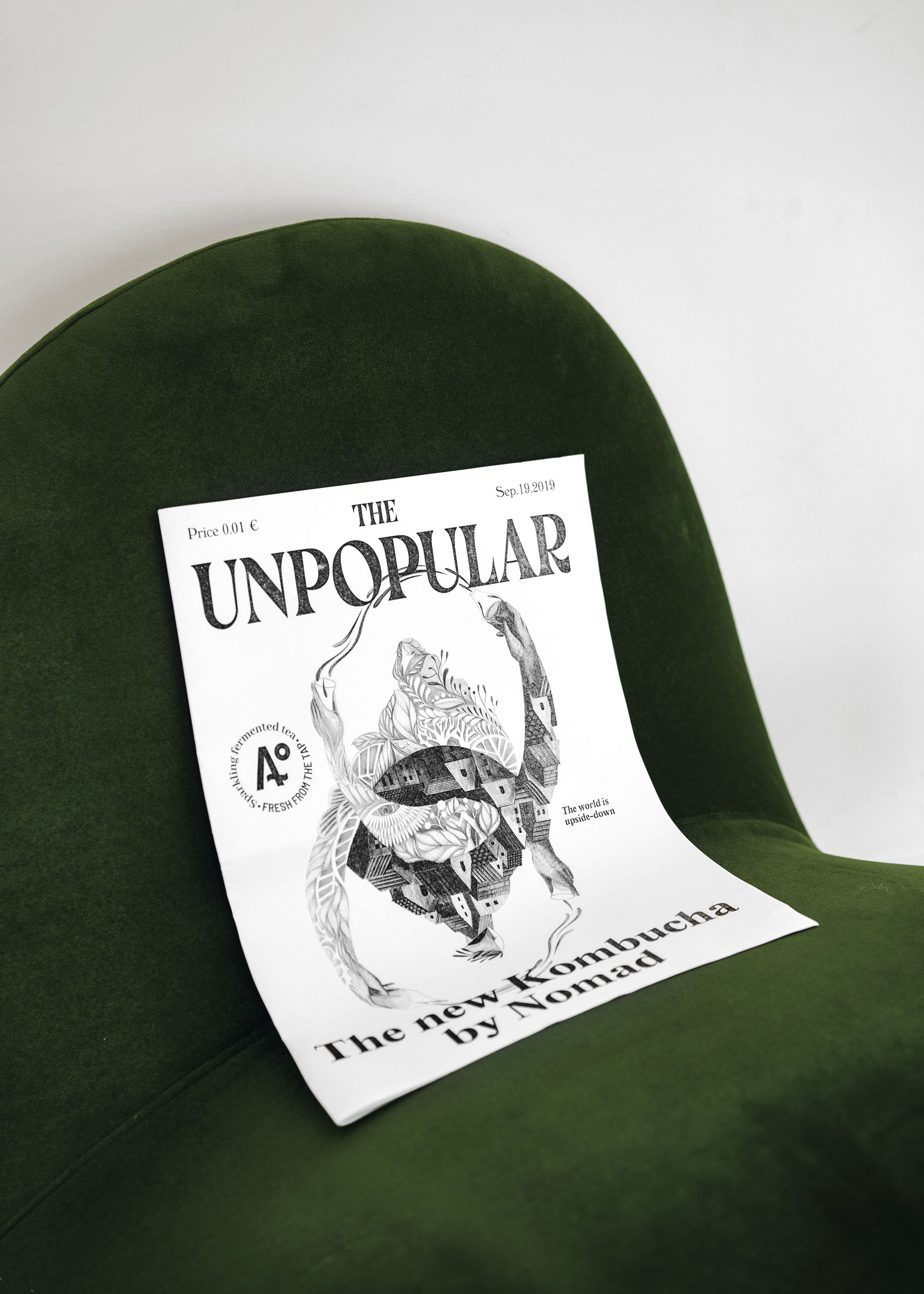 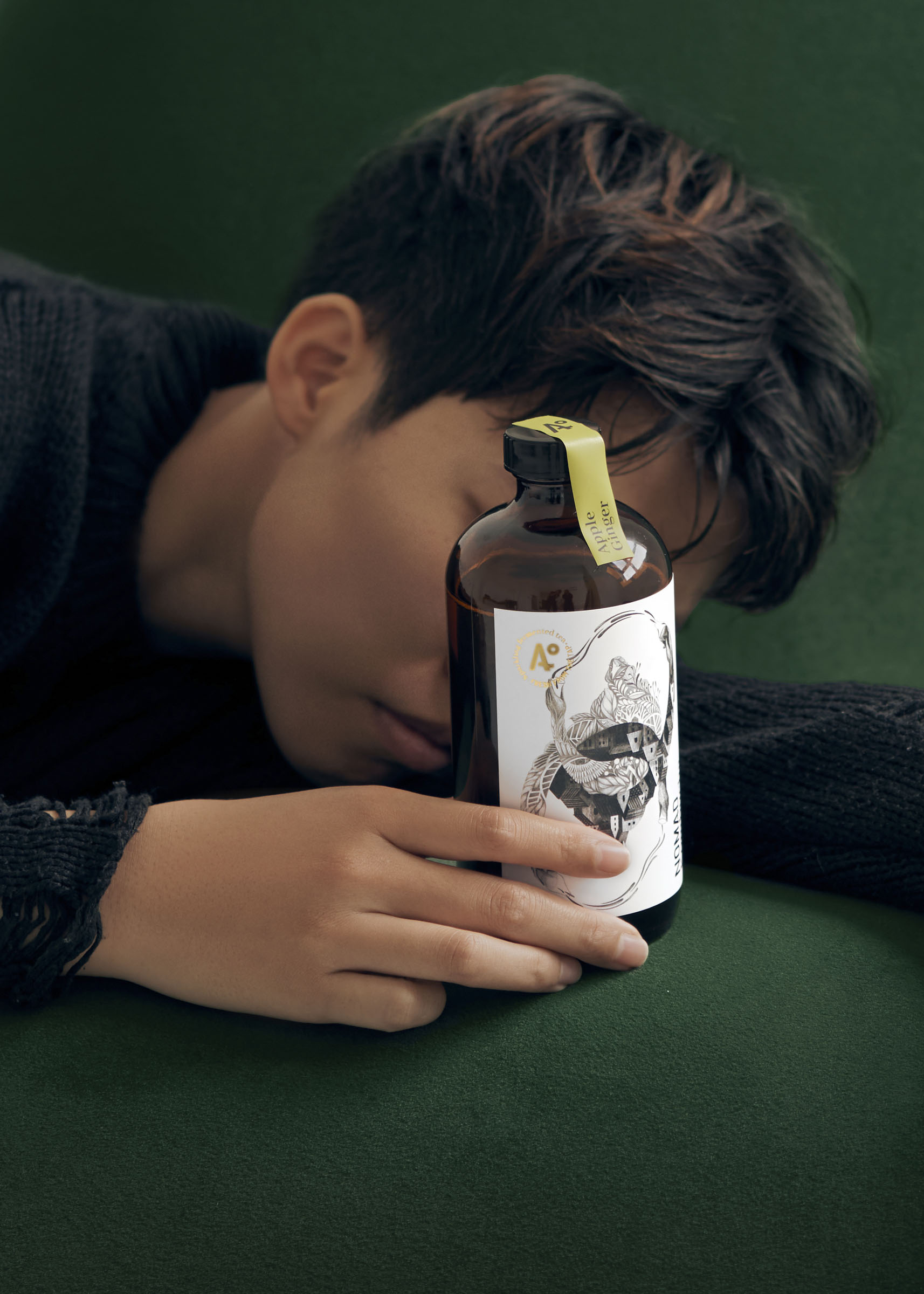 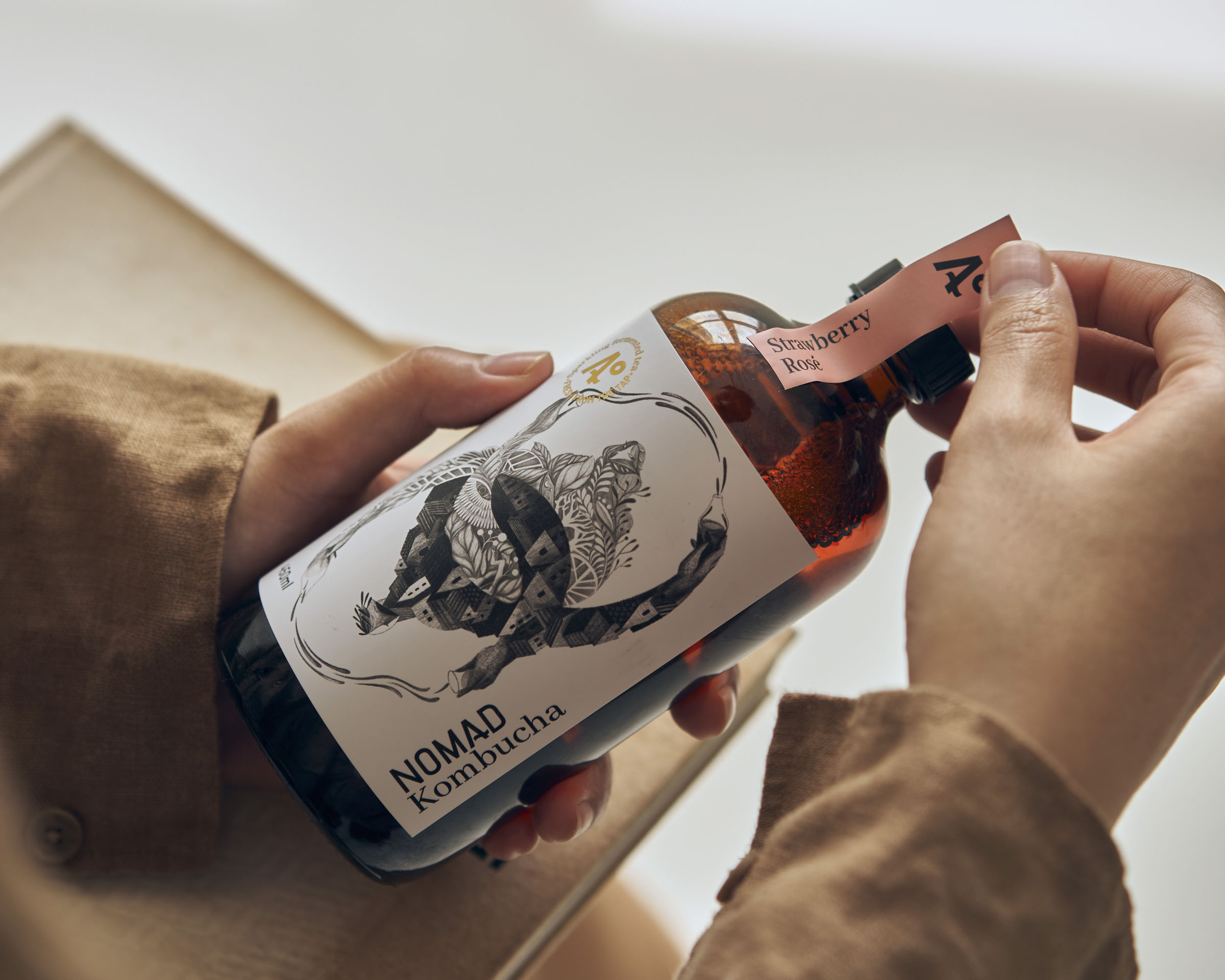 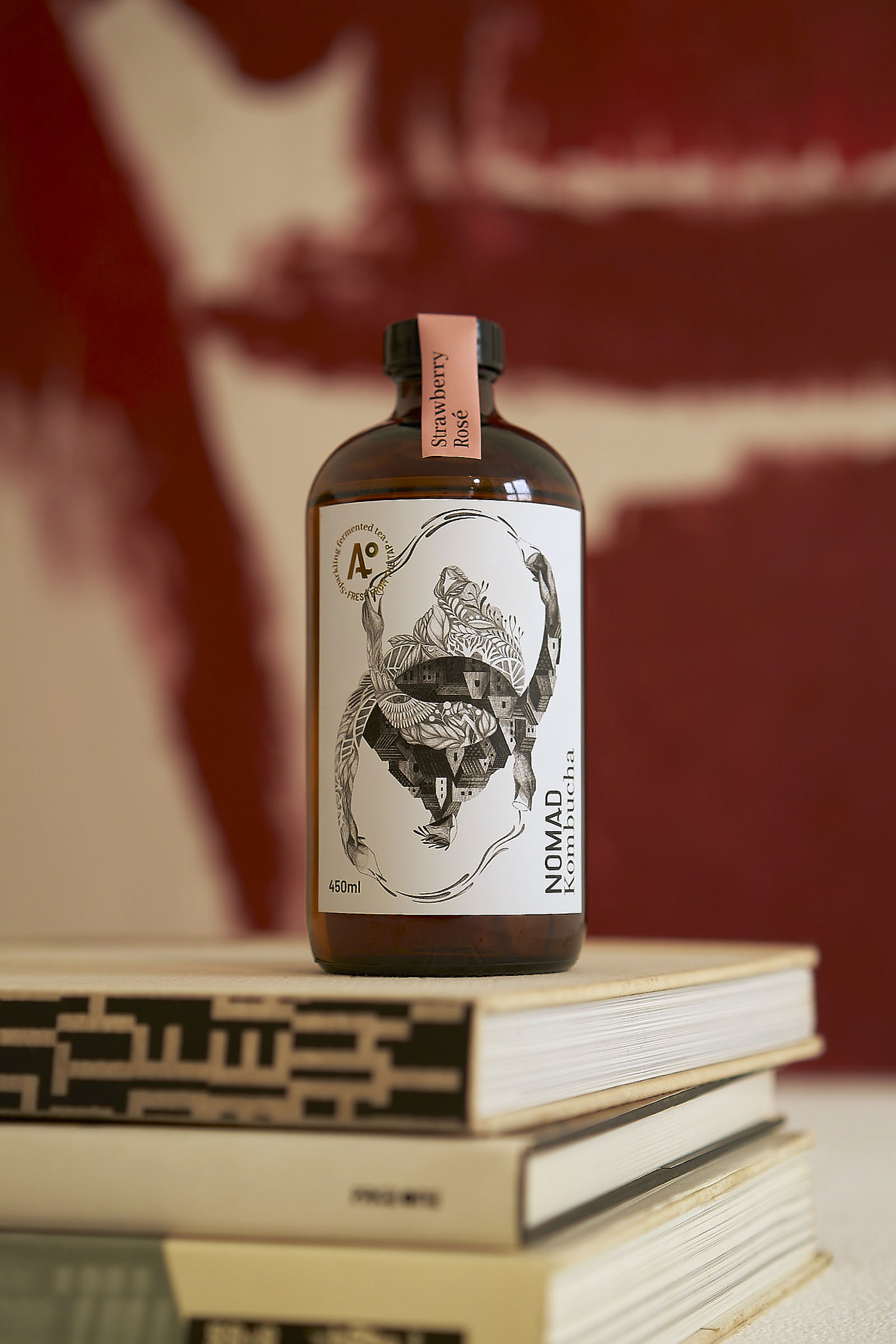 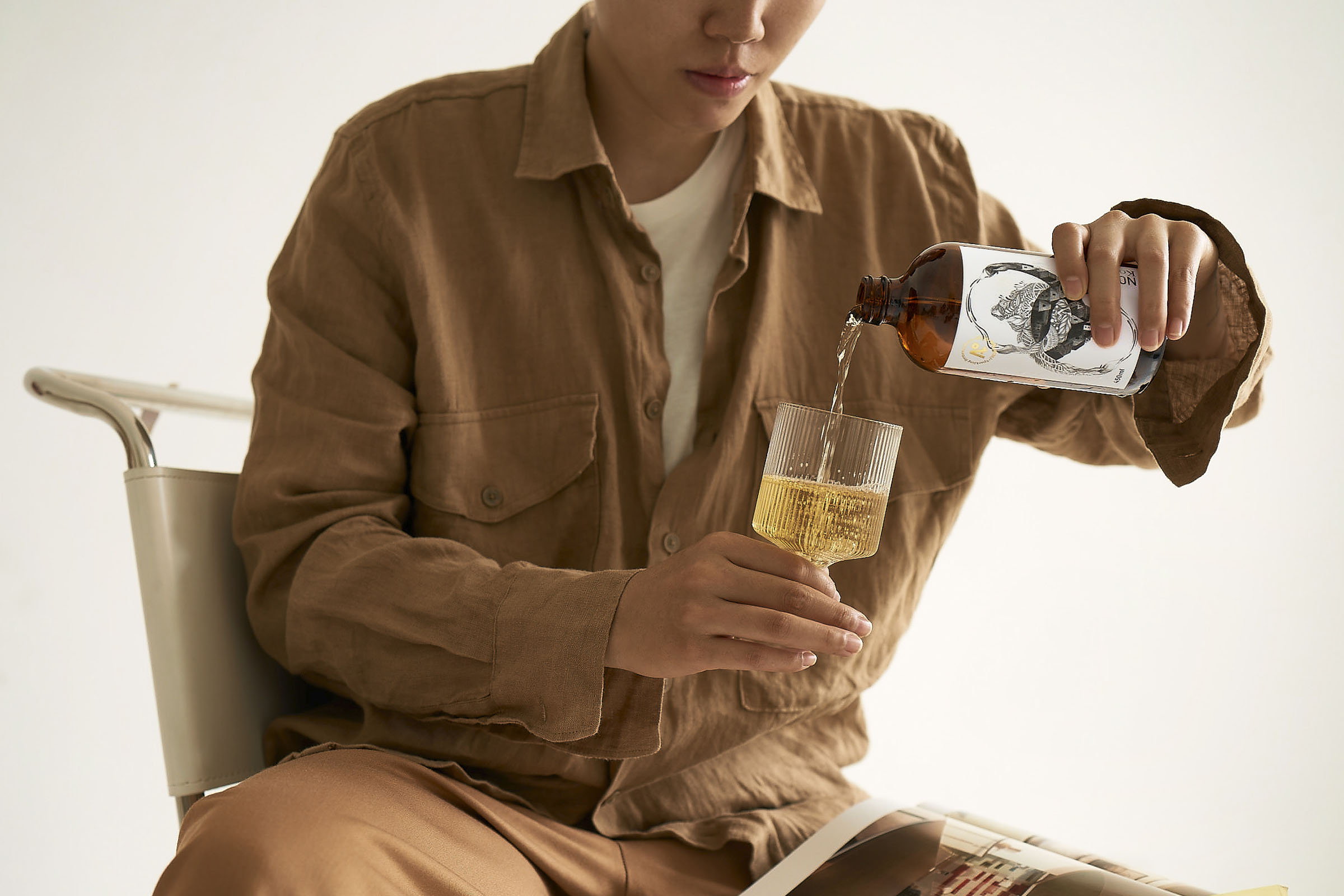 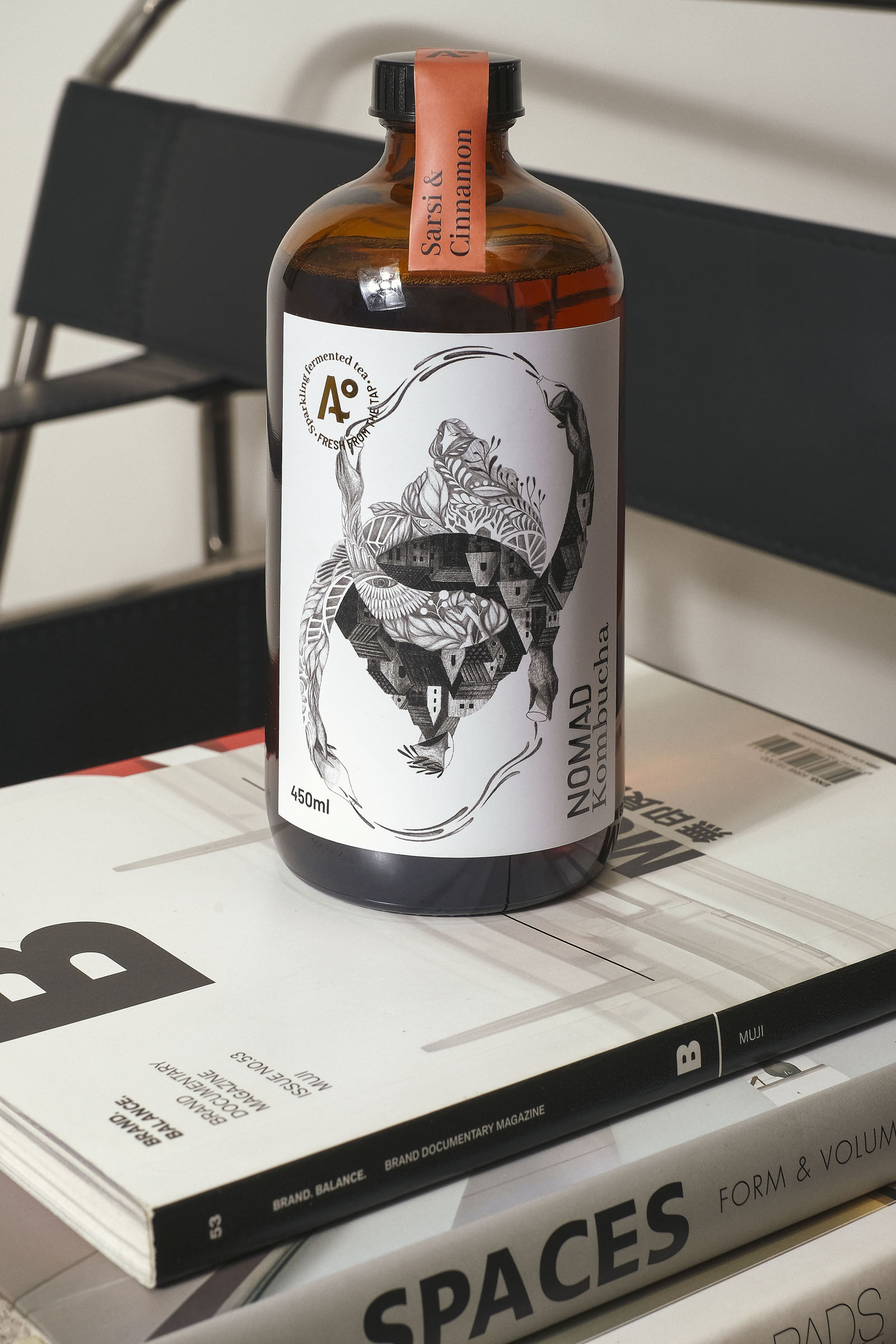 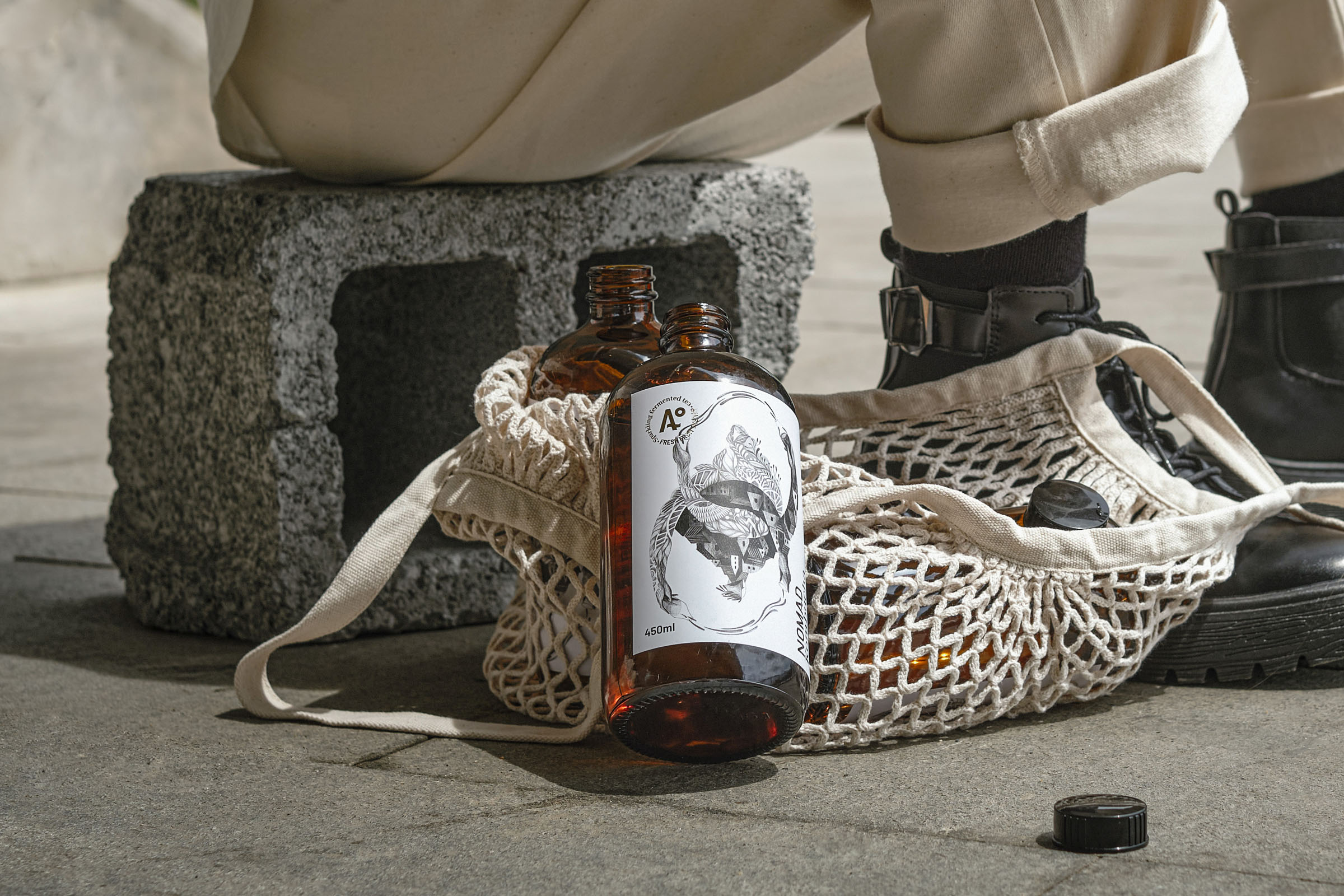 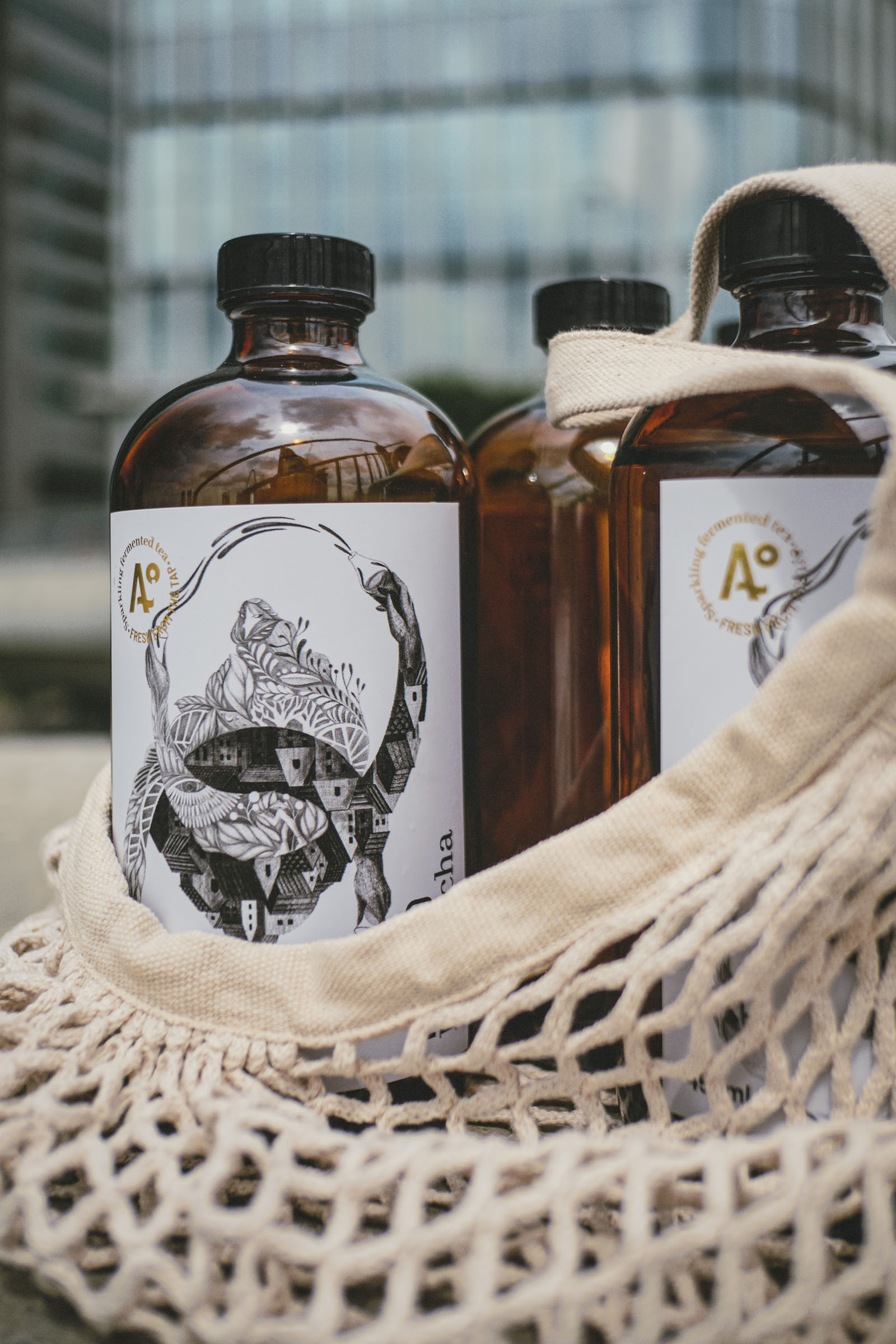