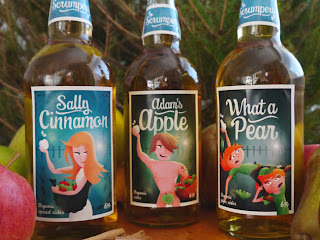 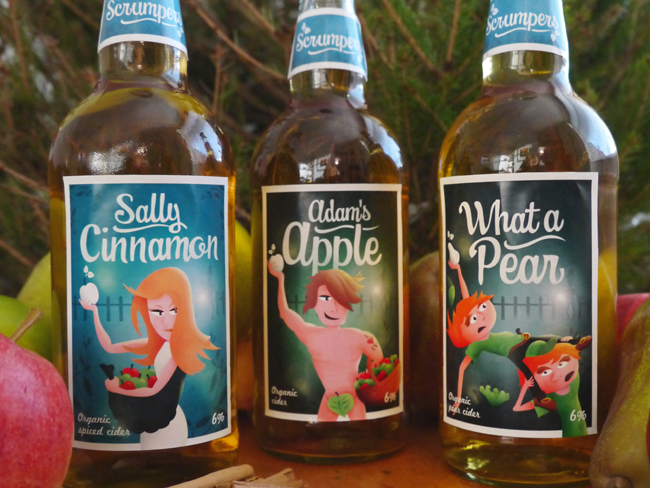 The name Scrumpers has come from the fact that we didn’t actually pay for any of the apples we used. That’s not to say we stole them, we just happen to know a lot of very generous people who have a lot of apples!

Each label shows an illustration of a scrumper (someone who steals apples) caught in the act. There are three varieties of cider – Sally Cinnamon, named in honour of the newly reformed Stone Roses, is brewed with cinnamon, nutmeg and cloves. What a Pear is pear cider and Adam’s Apple is apple, pure and simple. 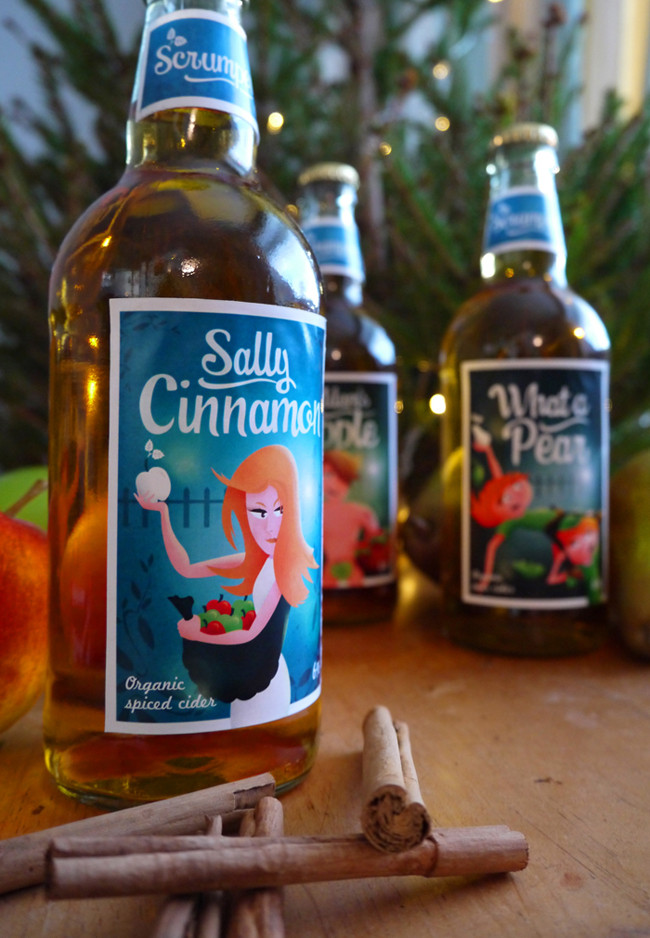 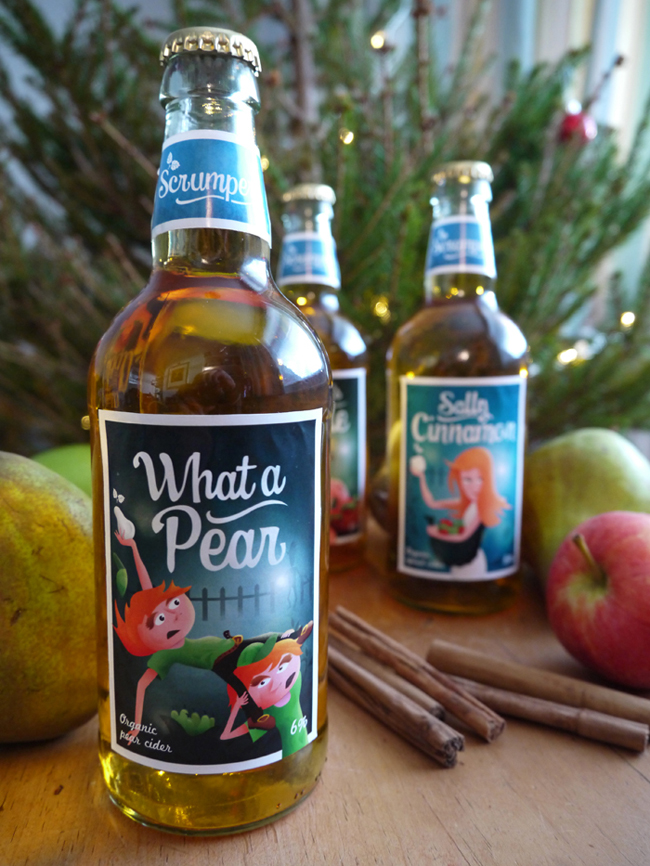 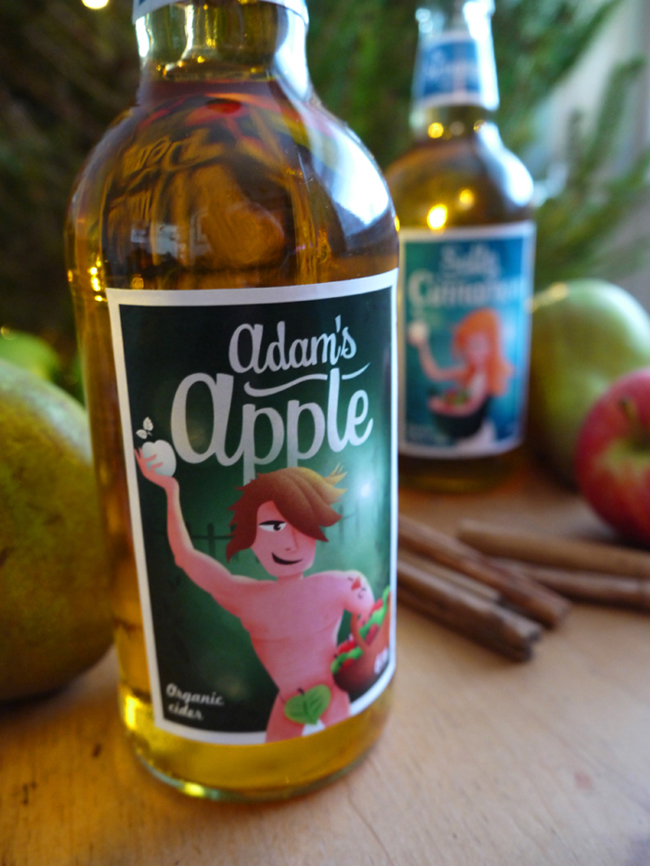