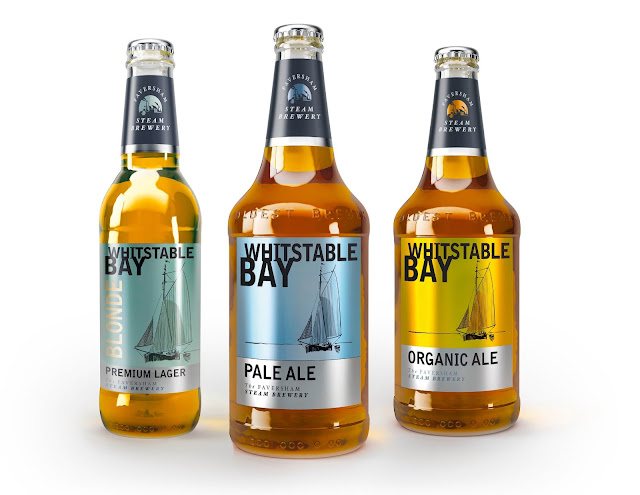 JDO Brand Design & Innovation has been working with Shepherd Neame to create a beer range for their Whitstable Bay brand.

The challenge was to unlock the potential of Whitstable Bay through brand extension opportunities and a new look for the brand. JDO were briefed to make ‘Whitstable Bay’ the umbrella to brand extension routes and in particular to develop the ‘ontrade’ opportunity. The creative team was asked to retain the premium nature of the brand whilst moving it to a more contemporary positioning that would appeal to both trade customers and end consumers.

The resulting design is clean and fresh and includes a modern sketch of an oyster dredger bringing both vitality and craftsmanship to an already existing brand icon. The colour palette is based on colours that you might expect to find on the British coast – soft pale blues, sunshine orange and sage green, contrasting with black typography to help distinguish the brand in a bar environment. The traditional script lettering has gone. Instead, an asymmetric quirkiness and a polished metallic finish have been introduced bringing the brand firmly up to date.

The tasting notes for the new range sees a departure from the traditional Shepherd Neame house style. The range will therefore sit under the new ‘Faversham Steam Brewery’ brand, the strapline of the brewery back in the eighteenth century when a steam engine was installed to revolutionise production and replace horses. A silhouette drawing of the steam brewery sits on the neck label of the new range.

The new design sits comfortably in a restaurant, bar or traditional pub environment and will also be available in the off trade. The portfolio of beers will appeal to the increasingly popular craft beer market and are a perfect food match.

Velda Croot, Business Development Manager at JDO said, “The Whitstable Bay brand was originally launched ten years ago and was in need of development. With the rise in popularity of the town of Whitstable and the increase in consumer demand for stylish, high quality beers, it was the right time to revisit the brand. It is now much more in tune with the modern beer drinker.”

Mark Miller, Marketing Manager at Shepherd Neame said, “Off the back of the success of JDO’s Glorious 2012 work on the Spitfire brand, we were keen to work with the team again. JDO’s new designs for Whitstable Bay mean that we can expand the range and drive the brand forward for its next phase of development.” 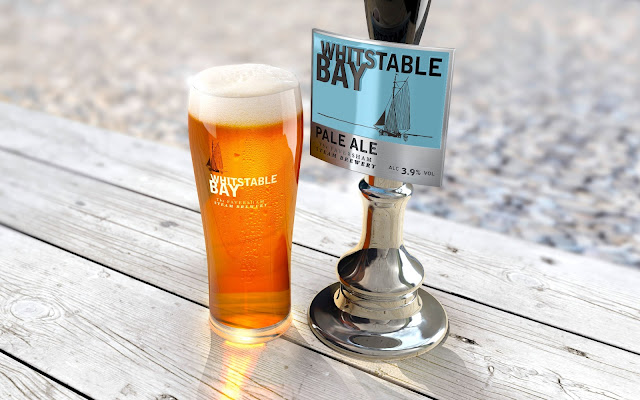 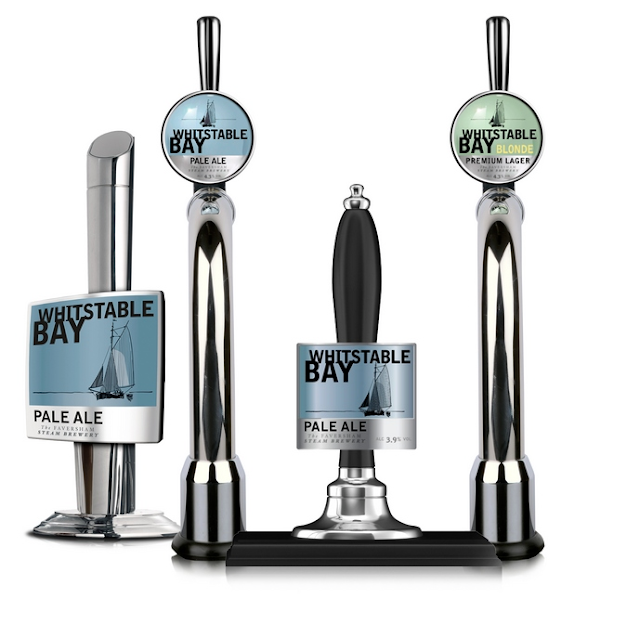 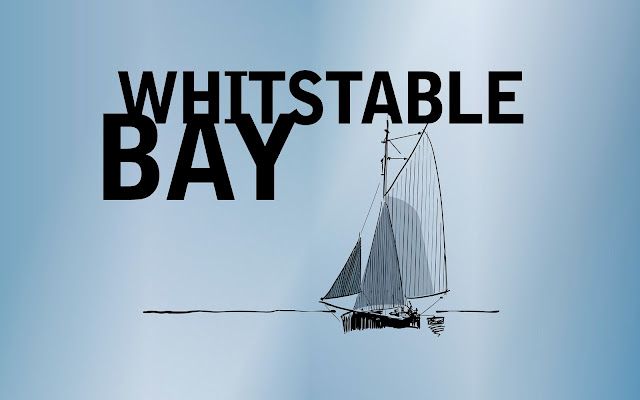