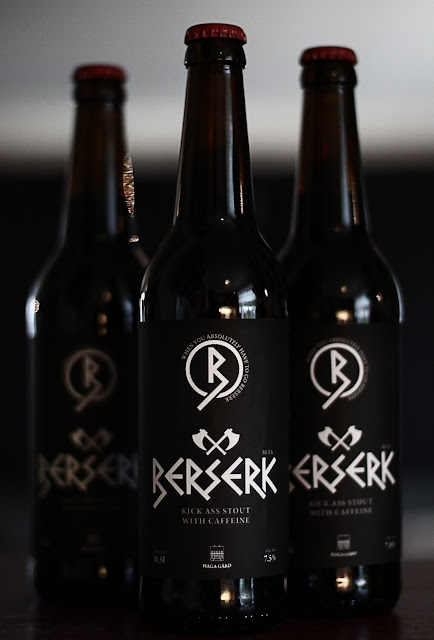 Berserk is a kick ass stout made in co-operation with Johan Peter Amb at Haga Gård. It’s an experimental concept beer where the beer has been made to fit the design rather than the other way around.

The berserkers were wild viking warriors. “To go berserk” means to go on a blood thirsty frenzy. The berserkers got their name because they’d go to war only dressed in a berserkr which is old norse for bear pelt. It may also be interpreted as going without a shirt (bar serk). Some sagas implies that a berserker is well connected to the animal within him and may even take the form of a bear.

The caffeine is added by using espresso shots, about one per pint. It’s also flavored with cocoa and it’s made with high quality bitter hops and roasted malt and barley. 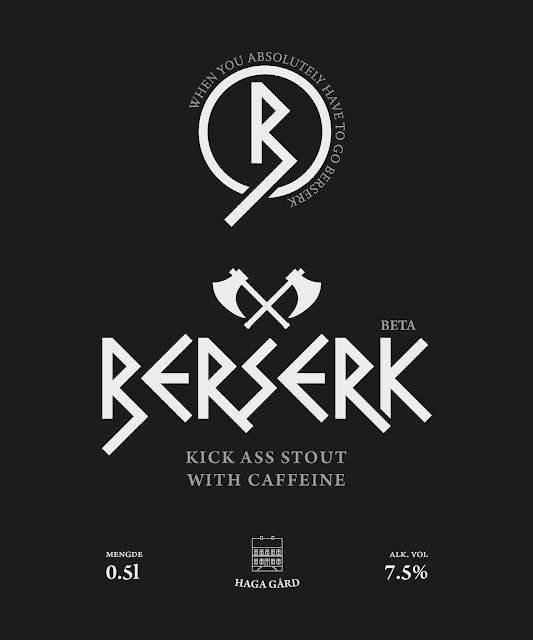 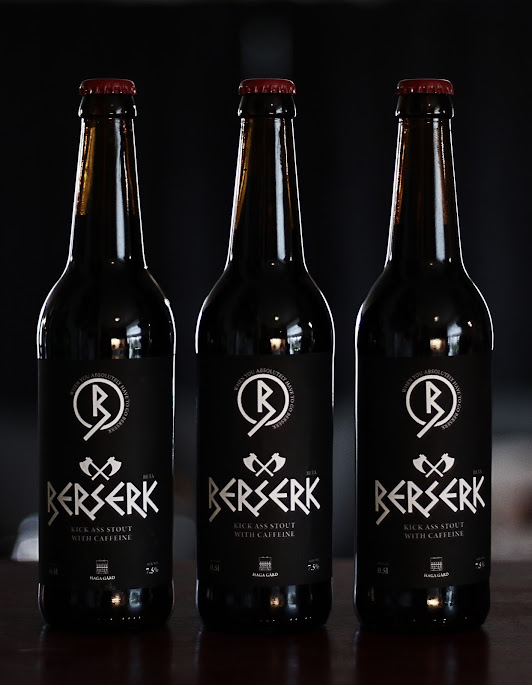 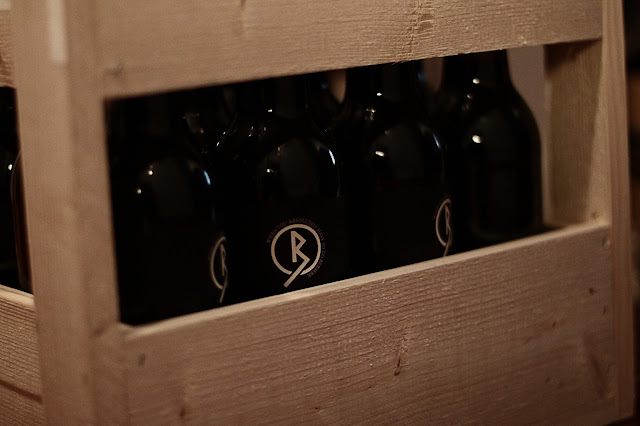 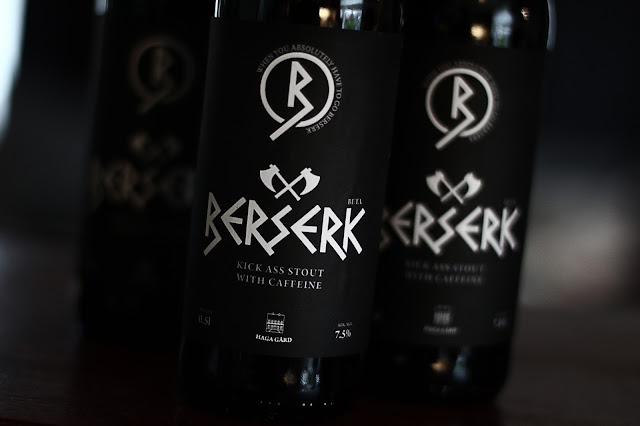