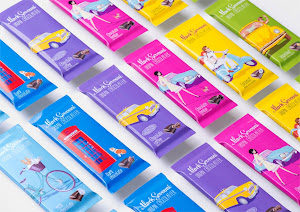 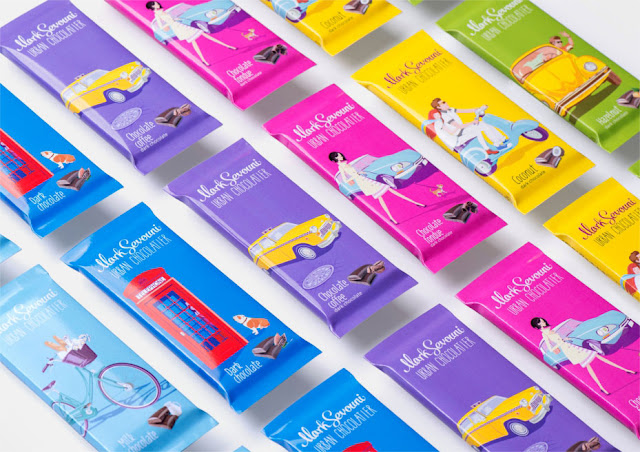 The concept of urban chocolatier drove the brand development. The challenge of distinctness on the store shelf was also set by the client.

We developed a brand character Marc Sevouni, founder of chocolateria, last name of which insinuates Armenian origin. To convey the urban concept in package design, we chose 6 cities with their urban symbols – bicycle for Amsterdam, Volkswagen beetle for Berlin, scooter for Rome, telephone booth for London, taxi for New York, Citroen for Paris.

Then the bright, emotive and colorful palette customized the packages for merchandizing.

Initially designed for export, the product was also launched at the local market being a distinctive among its competitors. 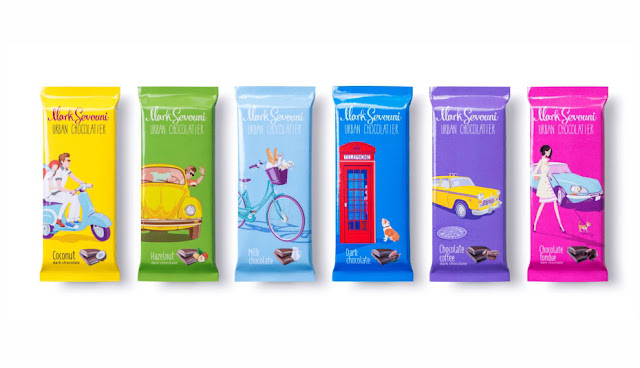