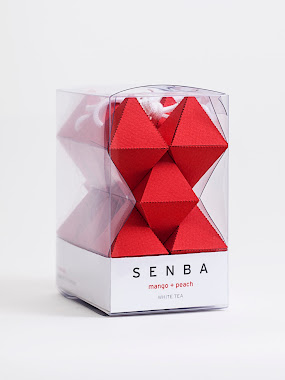 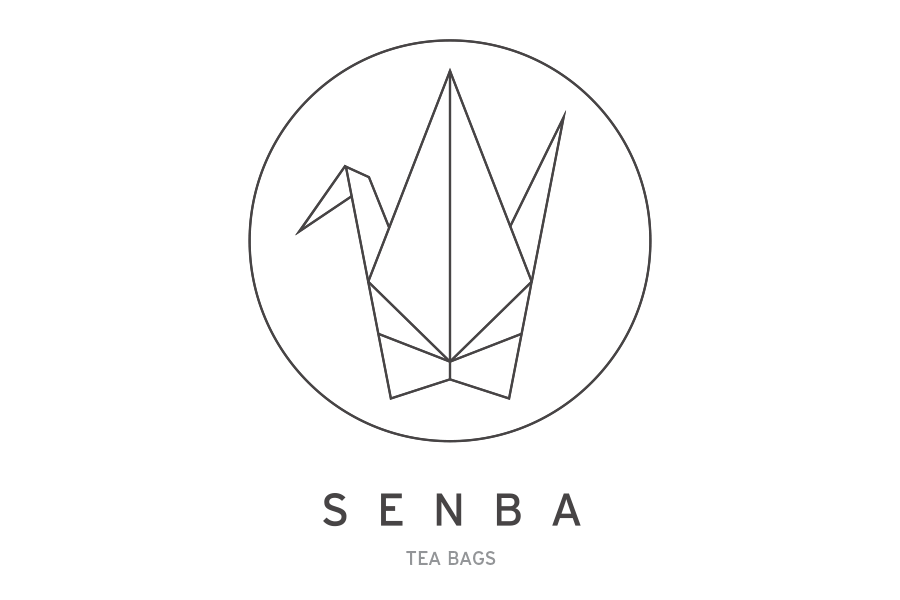 Senba-Zuru (thousand origami cranes) are the symbol for peace and longevity in Japanese culture. We make them for our friends and family who are ill. They are also made to commemorate those who are lost from the atomic bomb in Hiroshima and Nagasaki. A thousand of simple origami, linked and banded together, hold great meanings.

Senba Tea is a product concept that functions both as tea bags and decoration. Its simple geometric structure is composed of triangles; the main shapes used to make origami cranes. When the links of paper shells are hung they resemble the appearance of Senba-Zuru.

All the materials used in this product, including the clear acetate box, is recyclable. The fabric for the pyramid tea bags is made from corn, and the glue used in assembly is made from plants, both of which are biodegradable. 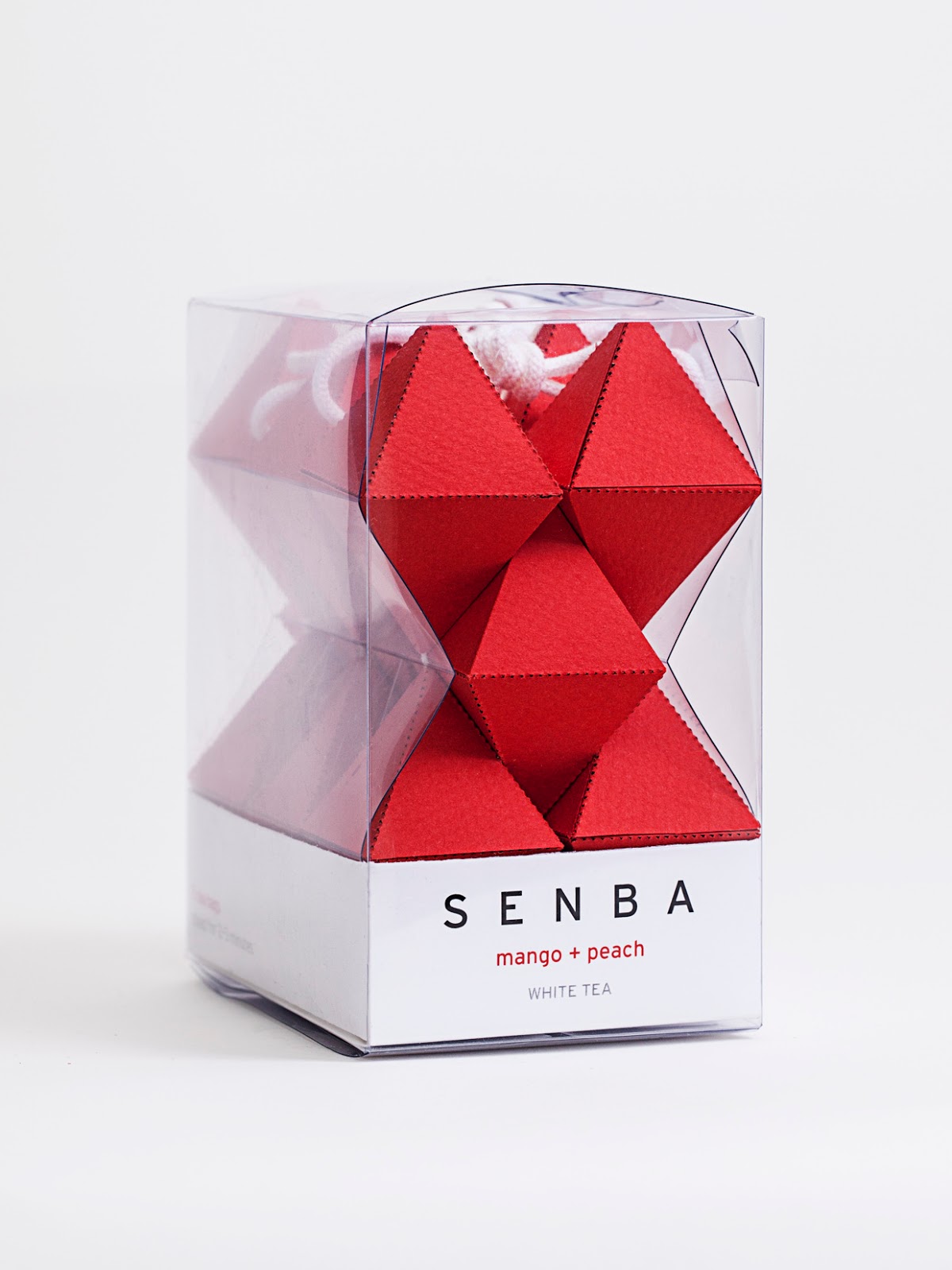 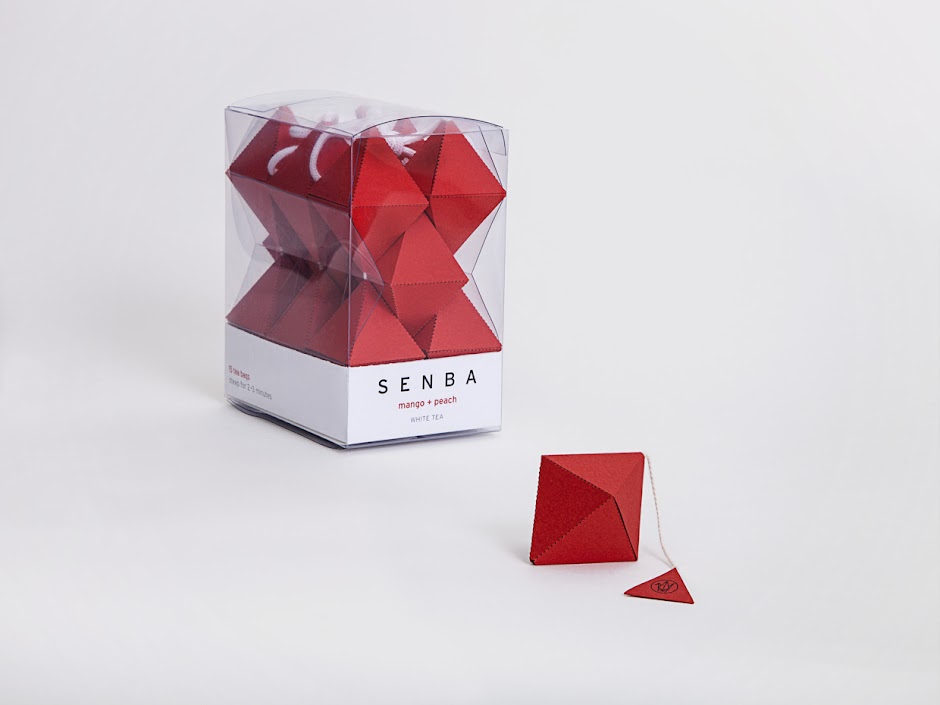 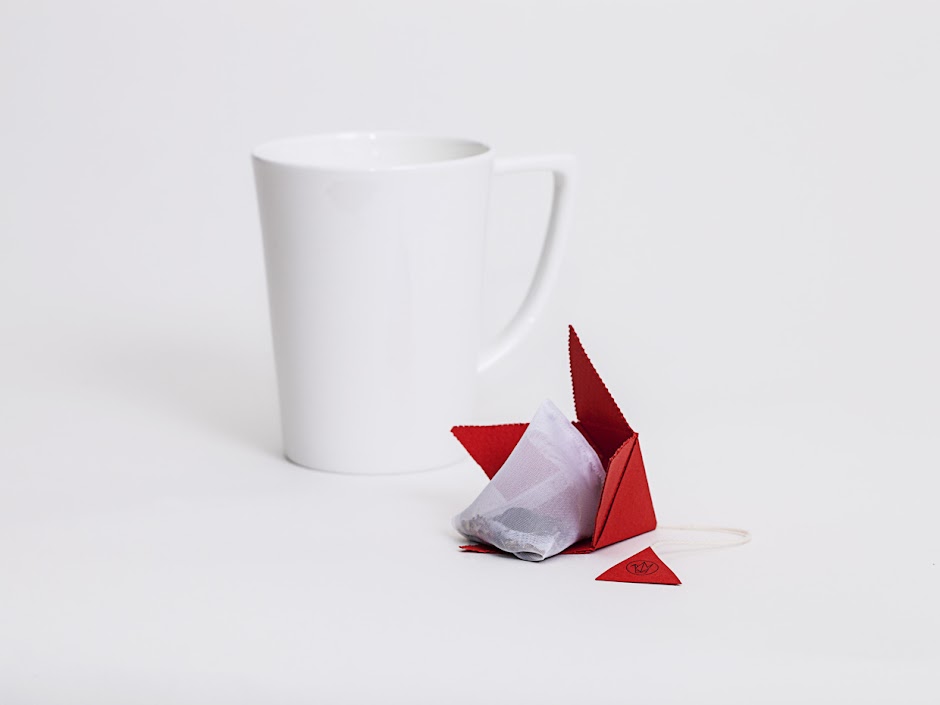 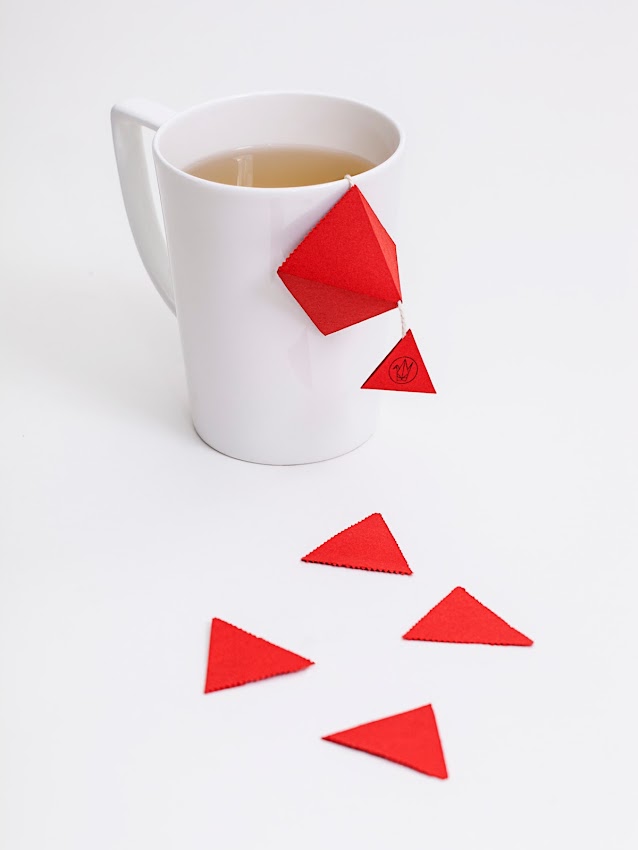 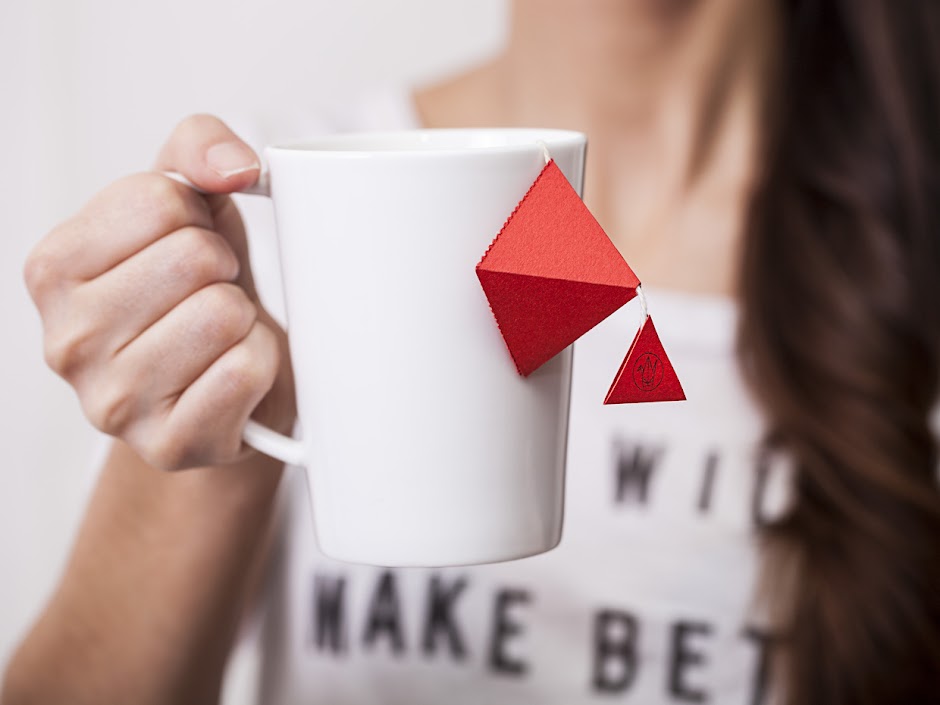 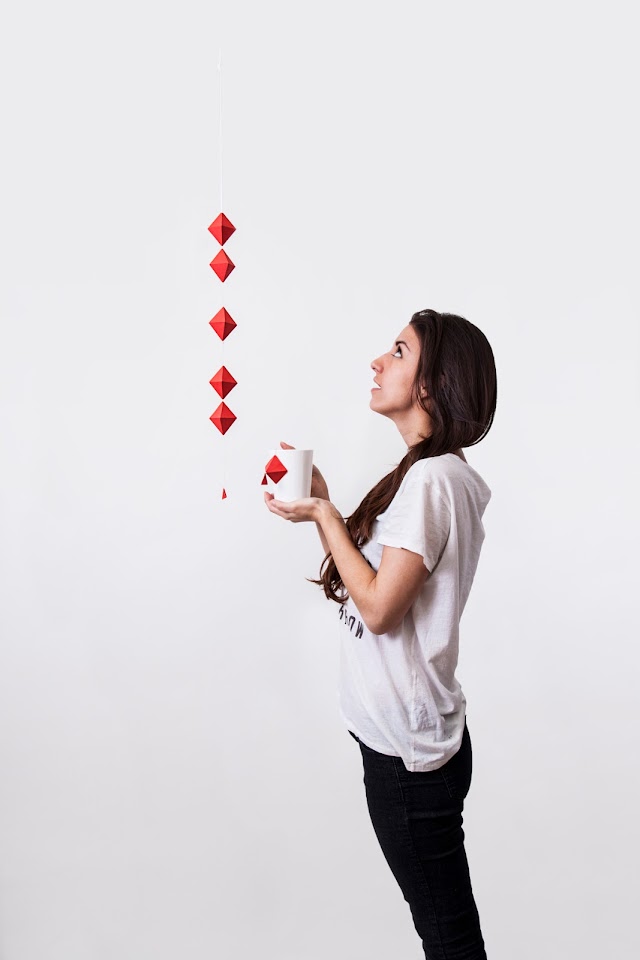