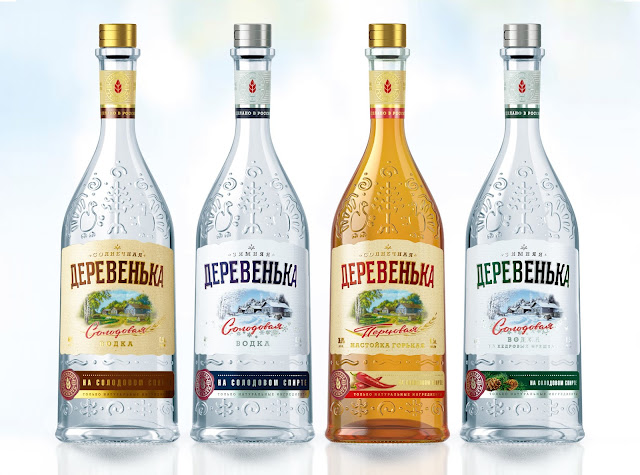 STUDIOIN completed the works on creation of a design for the series of vodkas and infusions called “Derevenka”.

The studio faced a task to create more convincing product for a wide target audience of federal level and hence to set a new price niche for this product on a product shelve.

The vodkas of Saransk are highly graded for its quality but talking about federal audience, this fact has been kept in a dark due to the previous image of “Derevenka”.

However, the simple, traditional “Russian product” had been transformed into a modern one. The designers created an original bottle shape with the authentic relief in a “mezensky”* style, also they added a high quality printed label and a unique tamper-evident cup to finalize the look.

Such a particular attention to detail might be explained by the new rules established on a product shelve, along with the strict federal competition.

A fair approach taken by the Producer and designers appealed not to leave the Customer uninterested.

A new looking Product has been already approved by the buyers of federal chains and soon is expected on the shelves all over the country.

*The traditional way of painting on wood, which takes its roots in XIX century. 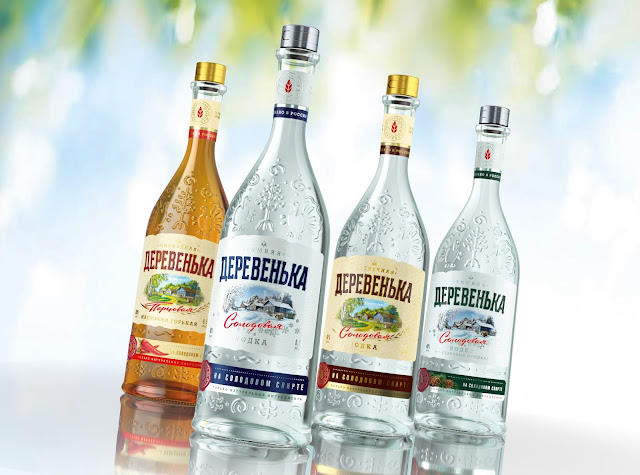 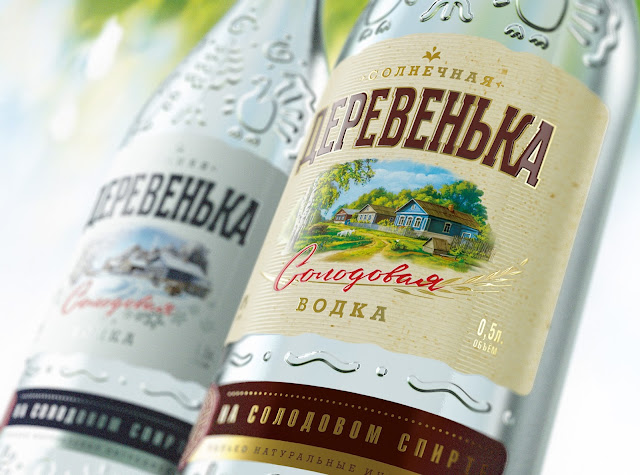 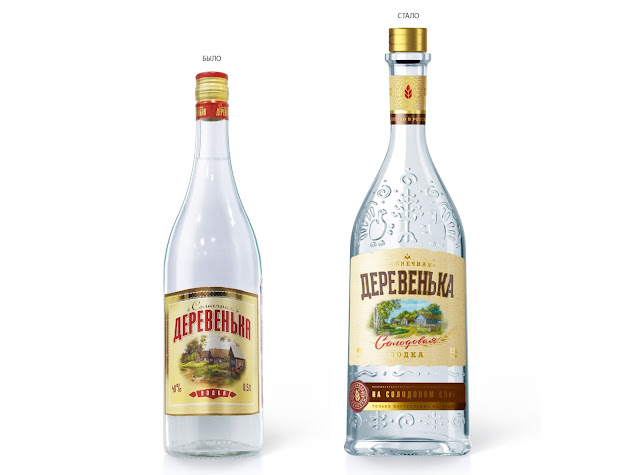