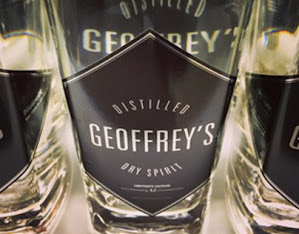 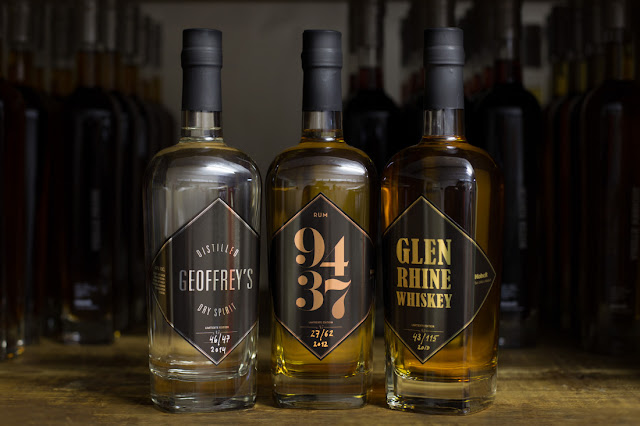 The Kobelt Spirits are three new, limited edition productions released in late 2014. They include Geoffrey’s Distilled Dry Spirit Gin, 9437 Rum and Glen Rhine Whiskey. Even before their launch only weeks ago, all three spirits had received awards in a recent competition!

It was important that the new label design for the Kobelt Spirits visually met typical consumer expectations. To fulfill these label requirements, Geoffrey’s Gin was styled to reflect British understatement and elegance, the 9437 Rum’s rich flavorful taste was represented in a combination of warmed black and copper tones and Glen Rhine Whiskey’s bold typography and golden accent represent its prize winning quality.

To create very unique and authentic branding that reflected the individual character and crafting of each Kobelt Spirit, it was imperative that the product names acknowledged the geographic origin within Switzerland as well as the connection to the Kobelt family. The Gin was named “Geoffrey” after the distiller’s son, a member of the fifth generation of Kobelt cider producers and distillers. The rum carries the number “9437”, the postal code of the village where the family business is located. “Glen Rhine Whiskey” was a logical choice for christening since the Kobelts have been producing in the Swiss Rhine Valley for over 100 years.

Both the visual concept of the three labels – black and metallic rhombus with select typographies – and the personal naming concept are very strong and can easily be expanded to include new distinctive products with their own stories to tell. 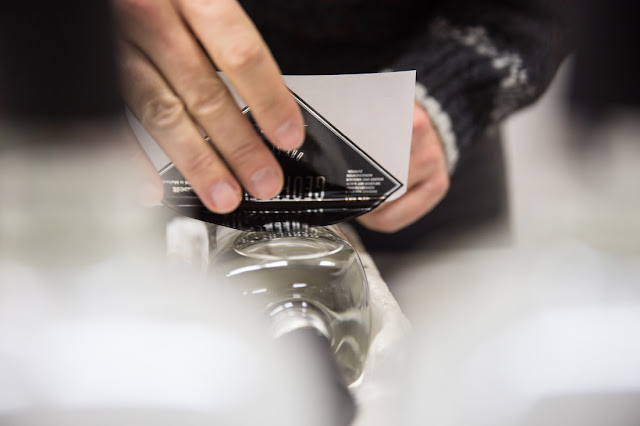 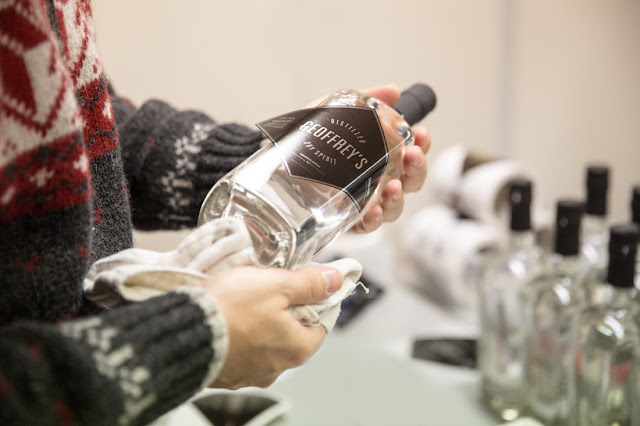 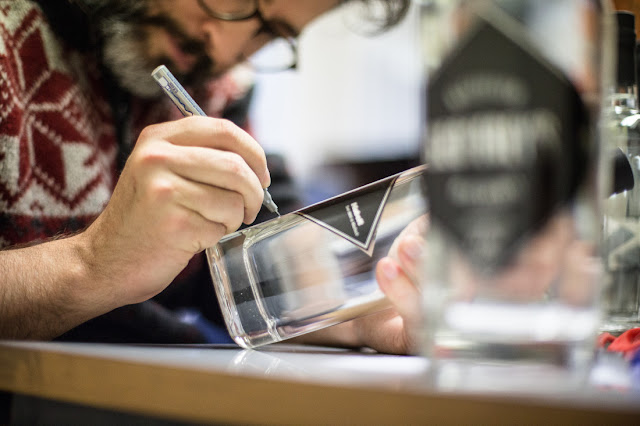 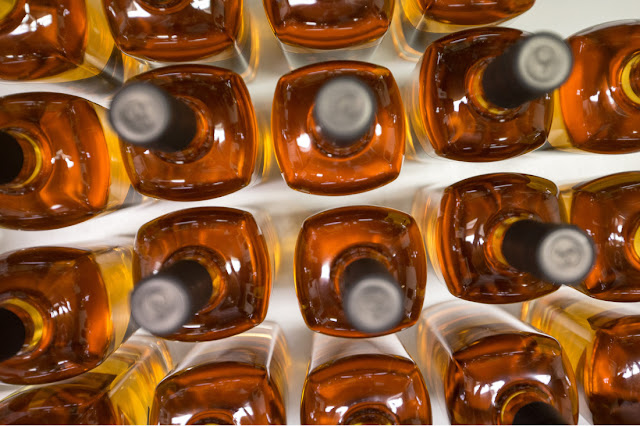 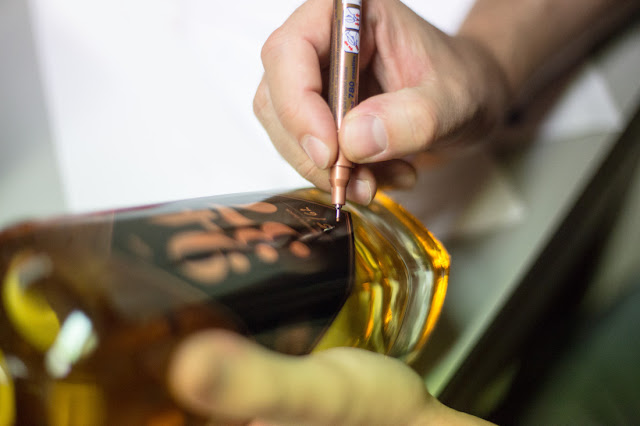 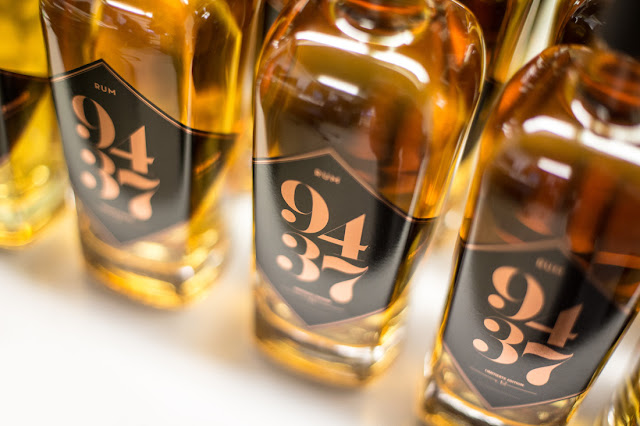 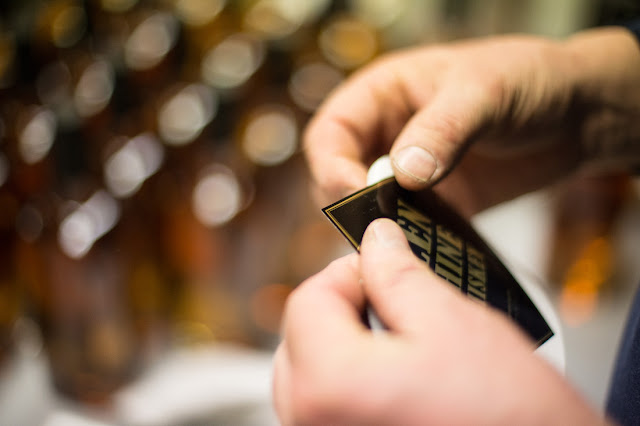 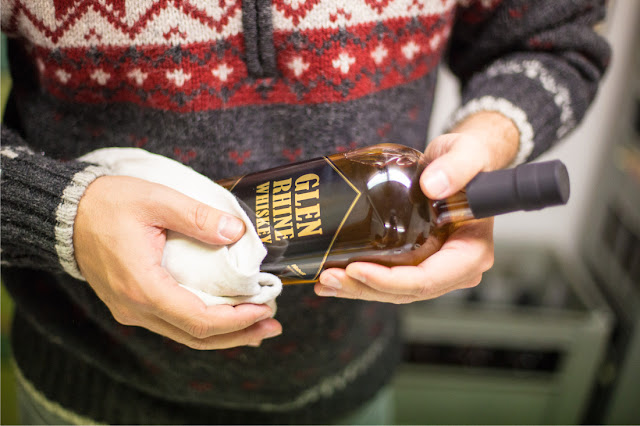 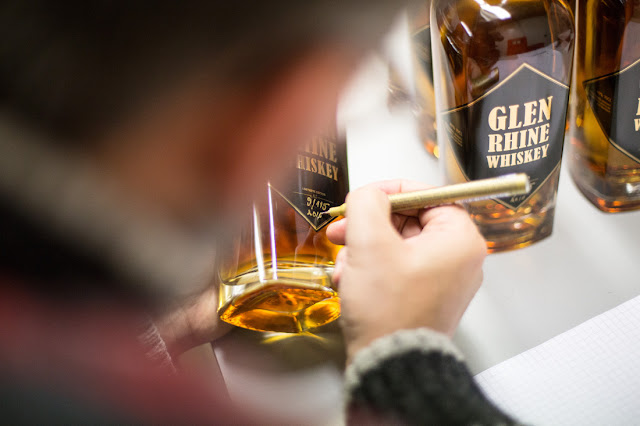 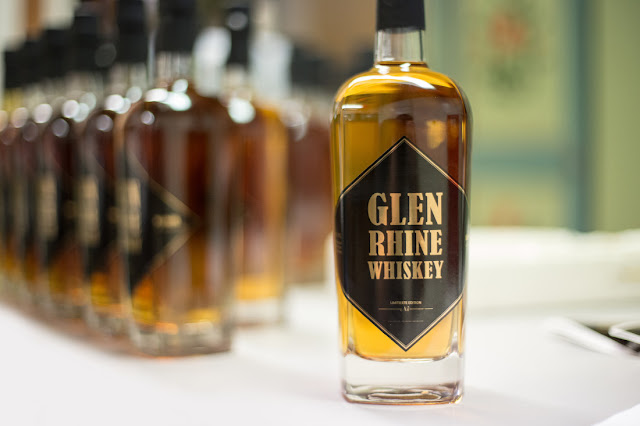