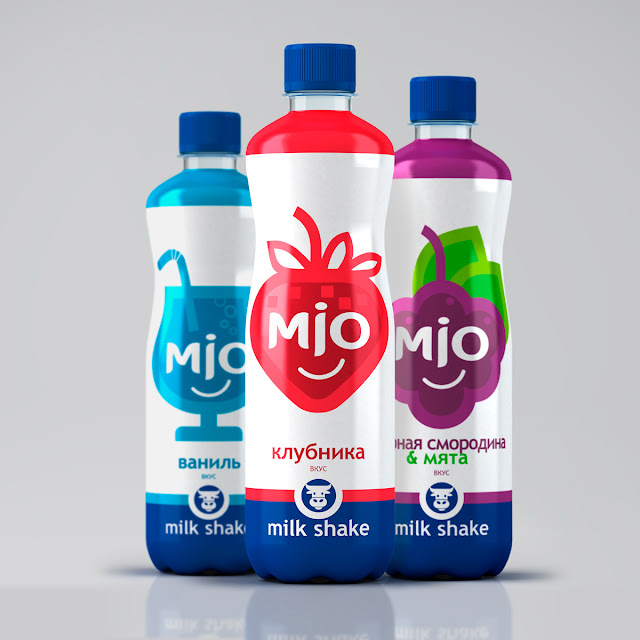 ASGARD branding agency has completed a project for The ALKON Group to create a new PET packaging for the increasingly popular MIO milk shakes.

The project included the design of the 0.5-litre PET bottle as well as the adaptation of the labels, previously developed by the agency for slick cans.

There were several tests carried out, including those at the factory’s production line. ASGARD designers, in cooperation with ALCON engineers, decided on an ergonomic cylindrical shape with a slightly narrowing “waist” in the upper part. This was done to make it easier for children to hold the bottle – the main target audience of the drink is 8 to 18 years old.

In order to apply graphics to the entire surface of the bottle, we used Shrink Sleeve technology. Light silver was chosen for the bottle plastic: it goes well with different colour versions of the labels. Besides, it is neutral and does not produce undesirable hues on the white background colour of the bottle.

MIO milk shakes come in several flavors: apple, blackcurrant and mint, vanilla, strawberry, and pear. A new flavour – orange – has been added to the list.

In 2014, Forbes Magazine in Russia awarded the MIO milk shakes the second position in Forbes Top 10, a prestigious ranking of “the most successful new Russian brands of the year”. 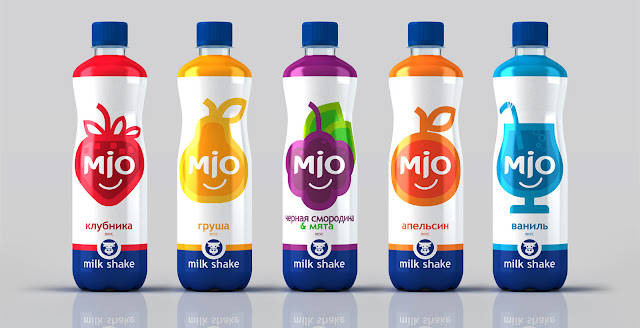 What’s Unique?
MIO is a milk lemonade, which is a completely new product category for the Russian market. That’s why it was an interesting task to attract the attention of the consumer to this innovative drink. 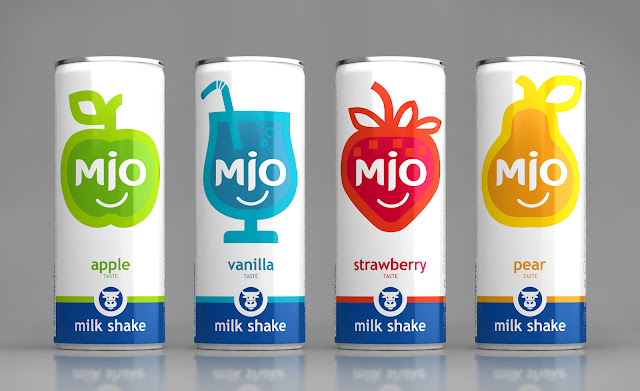