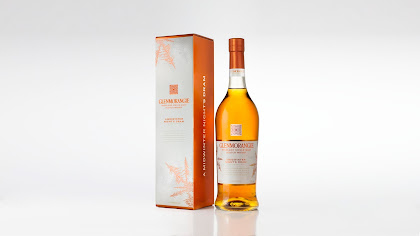 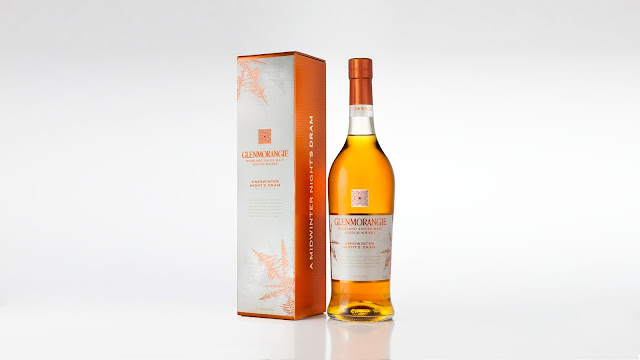 Glenmorangie A Midwinter Night’s Dram is a single malt whisky crafted by Dr Bill Lumsden, Glenmorangie’s Director of Distilling, Whisky Creation & Whisky Stocks, exclusively to the UK. It is inspired by the long held tradition where the craftsmen entrusted with the secrets of the Glenmorangie distillery were treated with a special Glenmorangie in the festive season, as a thank you for their role in the creation of Glenmorangie.

The packaging design is inspired by the great Scottish Winters – whilst it may be chilly outside, it is also a season marked by the warmth and conviviality of celebrating with friends and family. To reflect this, the front and back of the pack are executed in pure white to reflect the ice and snow outside, whilst the sides are picked out in Glenmorangie’s trademark ‘Orangie’ tones to evoke the comforting glow of a cosy fireside and the inviting warmth of the liquid contained within.

Subtle crafted details carry this celebration of winter throughout the pack – hand drawn illustrations of ice crystals are picked out in both spot varnish and a vibrant orange foil, taking inspiration from how the winter sun reflects and refracts off the first frosts of winter. Whilst iridescent high build varnish is used to create an icy tactile effect that gives a premium, luxurious feel.

Jon Davies, Creative Director of ButterflyCannon says: “The challenge for Glenmorangie A Midwinter Night’s Dram lay in creating a piece of packaging that did not simply conform to a stereotypical representation of the festive season that so many brands settle for. So we used a clean, modern aesthetic complemented by traditional premium finishes executed in unexpected ways, to create a design that balances the contemporary with the traditional, whilst celebrating the wonder of the festive season.”

Mike Atkinson, Global Marketing Manager at Glenmorangie adds: “ButterflyCannon have succeeded in creating a pack for Glenmorangie A Midwinter Night’s Dram that looks to the future by evoking the tradition and heritage of the festive season in a contemporary and premium way.”

Glenmorangie ‘A Midwinter Night’s Dram’ is available exclusively in the UK. 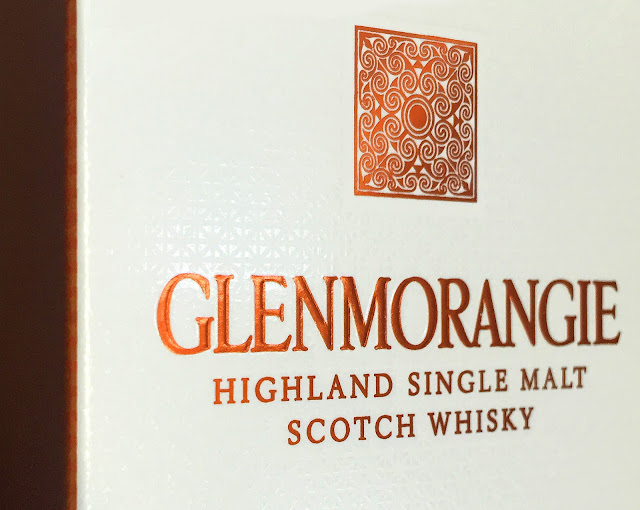