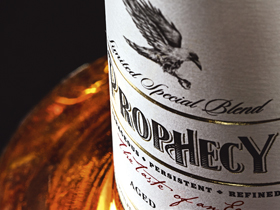 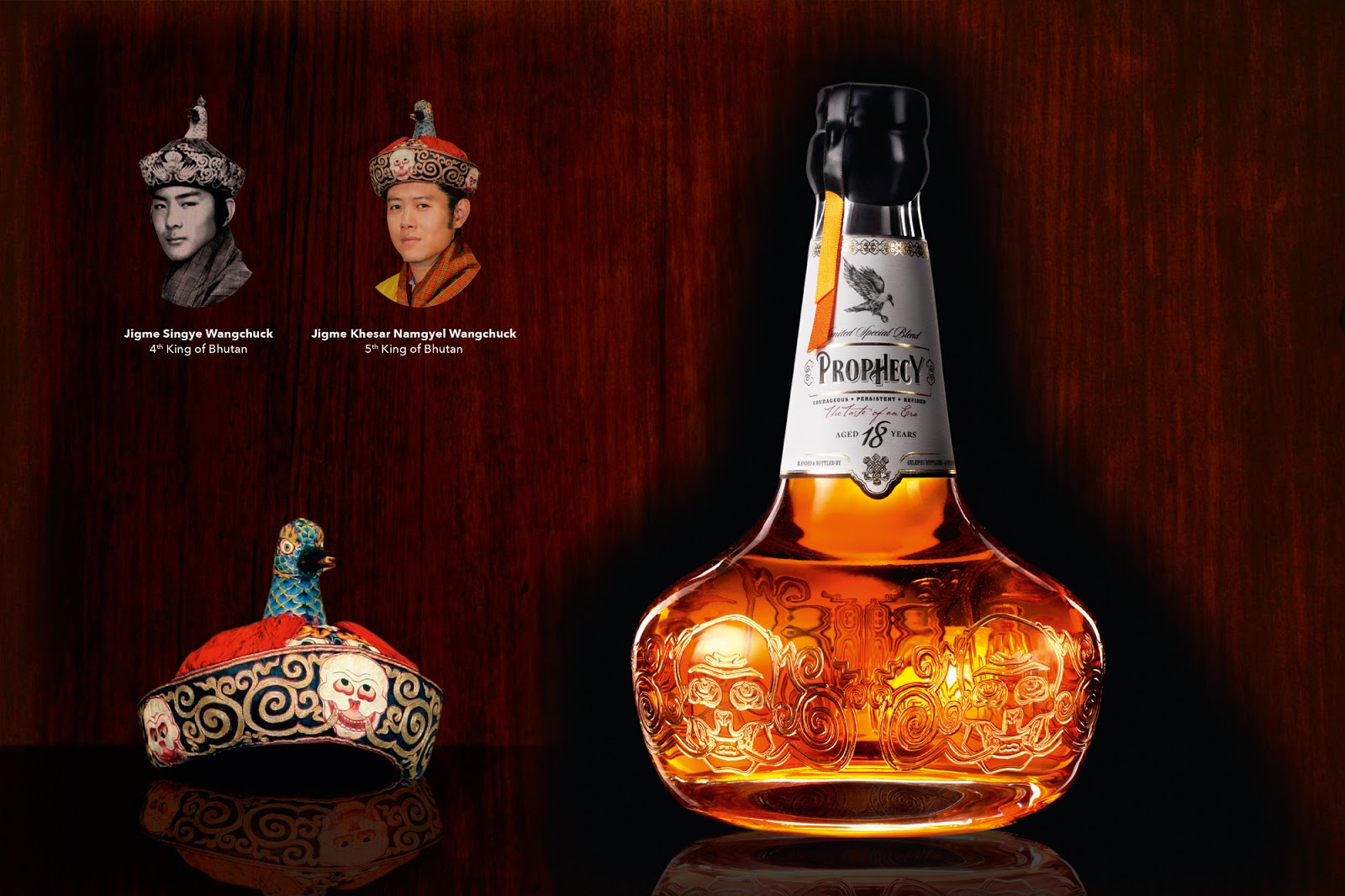 In celebration of the 60th birthday of the father of His Majesty, the 5th King of Bhutan, came the request to create something unique and exquisite. A gift that would graciously symbolise the 34 year reign of his father the 4th King – a visionary who brought wealth and happiness to his country and people. In Bhutanese folklore this was foretold almost 300 years ago through the Raven Prophecy. The gift, a very special gold plated bottle of whisky, would be officially presented by the 5th King to his father on his birthday. An additional 3000 bottles are specially reserved for VIPs visiting the Bhutanese Royal Family, such as Royal Families from other countries, Presidents and other notable dignitaries.

300 years ago a prophecy foretold the arrival of His Majesty the 4th King of Bhutan. In keeping with the tradition of each King preceding him, he was also coronated with the The Raven Crown. This unique Bhutanese Royal symbol was taken as the central inspiration to create a very special bottle. Around its belly, four deities guarantee it’s protection and in the neck the Raven proudly flies. The bottle, in honour of the 4th Kings 60th birthday, contains precisely 60 centilitres,1 centilitre for each Royal year. 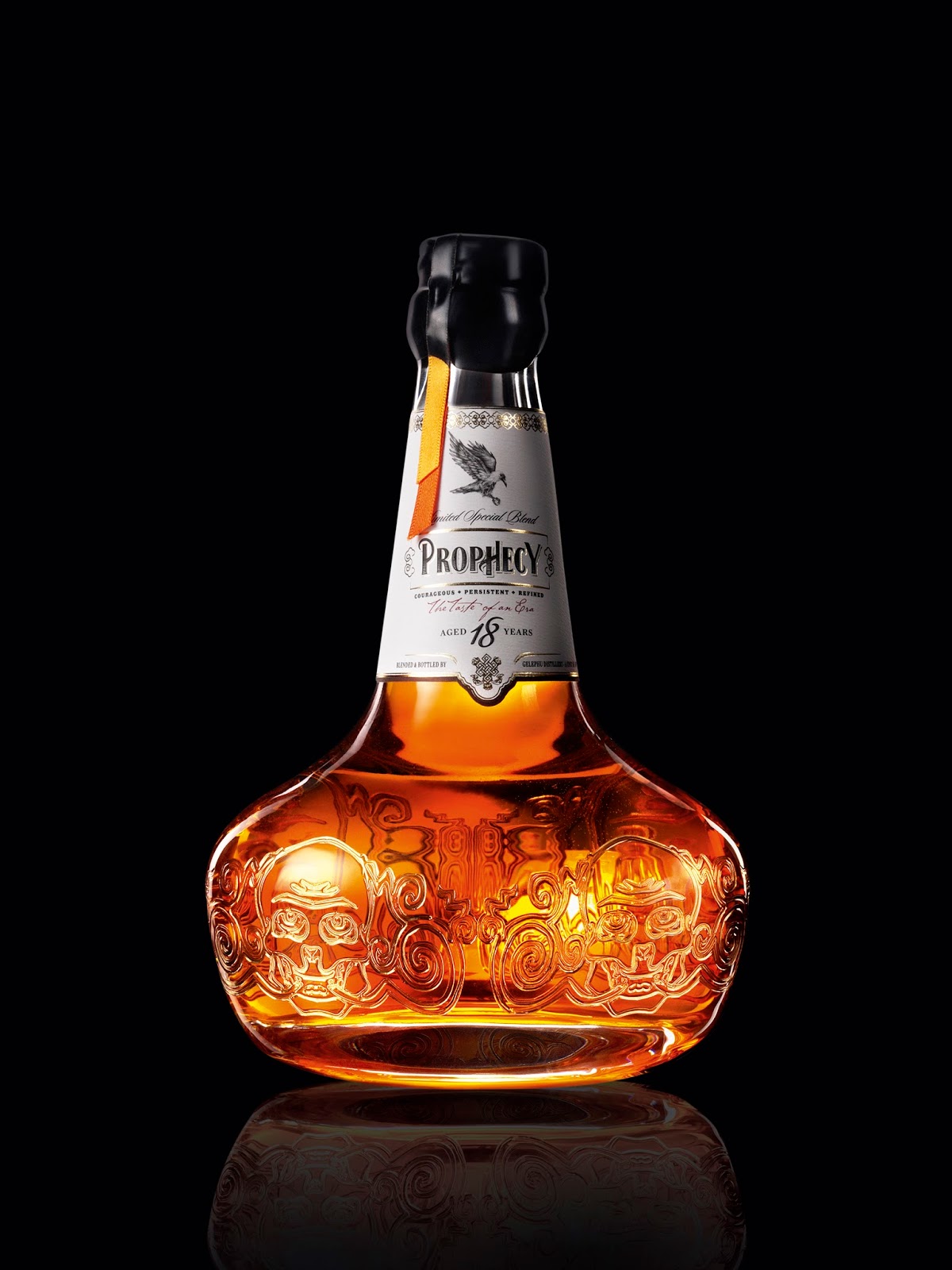 To design this bottle is to visualise the essence of the Bhutan and the reign of it’s 4th King. Each element in the bottle was carefully considered to convey exact meaning and respect towards the 4th King, the Royal Family, the country and it’s inhabitants. This is not just a celebratory bottle. It is a gift from the heart of the country itself. Its premiumness and the highest of quality standards were paramount and, as such, virtually everything is handmade, piece by piece. A true craftsman treasure.

The shape of The Raven Crown provides the central inspiration for the bottle profile. As such the bottle needed to be hand blown in a specially made oval mould and engraved piece by piece. The black wax seal on the top bears the Raven in its embossing. Under the wax seal sit 2 ribbons – the yellow ribbon symbolising the Bhutan Royal colour and the orange ribbon representing the countries national colour. On the label the Raven returns above the Prophecy wordmark flanked by golden detailing from the countries cultural and spiritual heritage. The endless knot signs off the label symbolising eternal happiness. The 4 embossed skulls stand for the deities that protect the bearer of the crown and also protect the drinker of the 18 year old whisky from evil. Only 1 bottle was produced with a special gold patina. 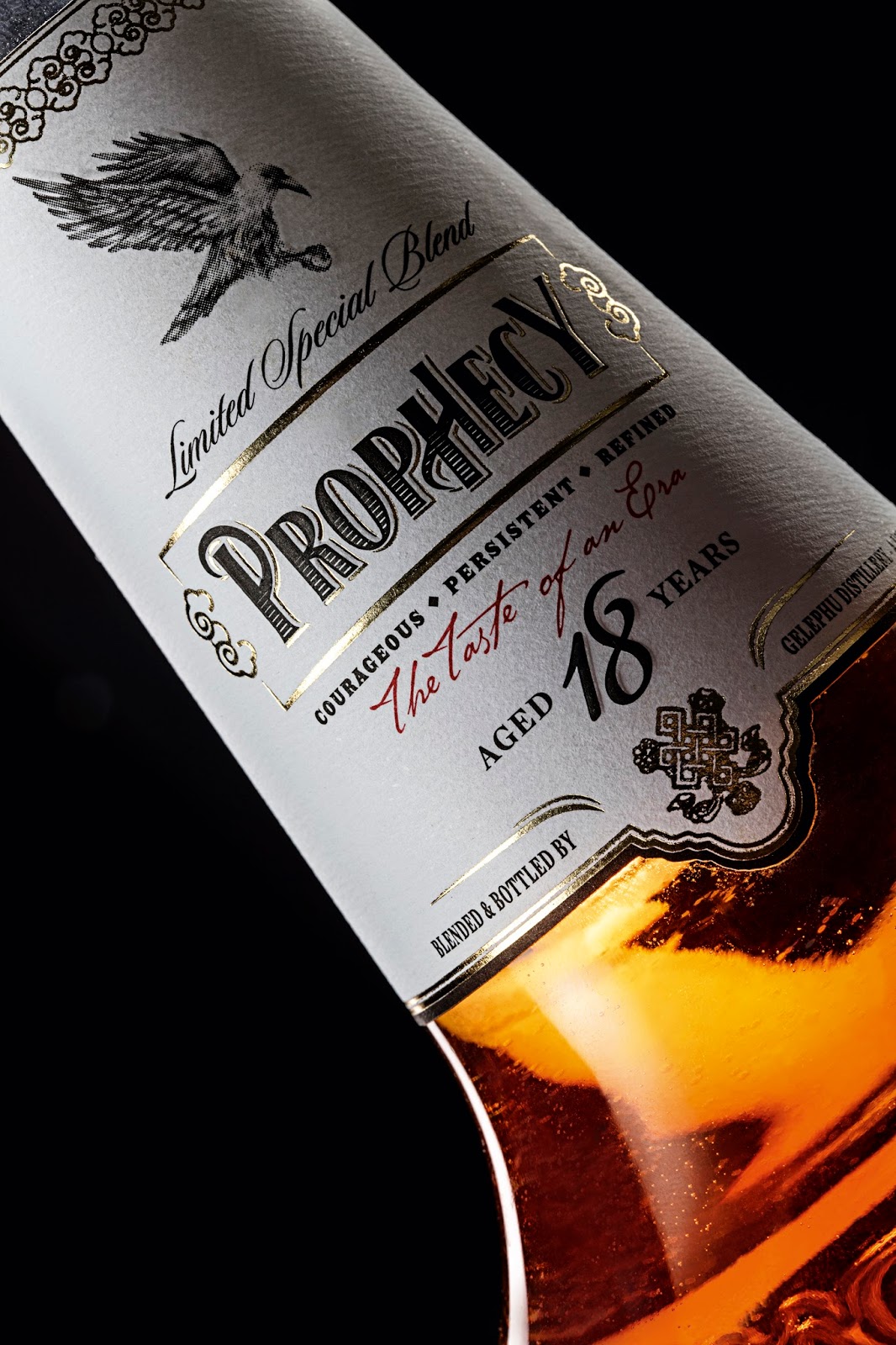 What’s Unique?
The bottle was given as a personal present by His majesty the 5th king to his father in private quarters on the same day that the coming birth of the future 6th king was made public to the country on national television. On behalf of the country, The Royal Family has given their highest appreciation of the final bottle and congratulated the agency with this great and important achievement. 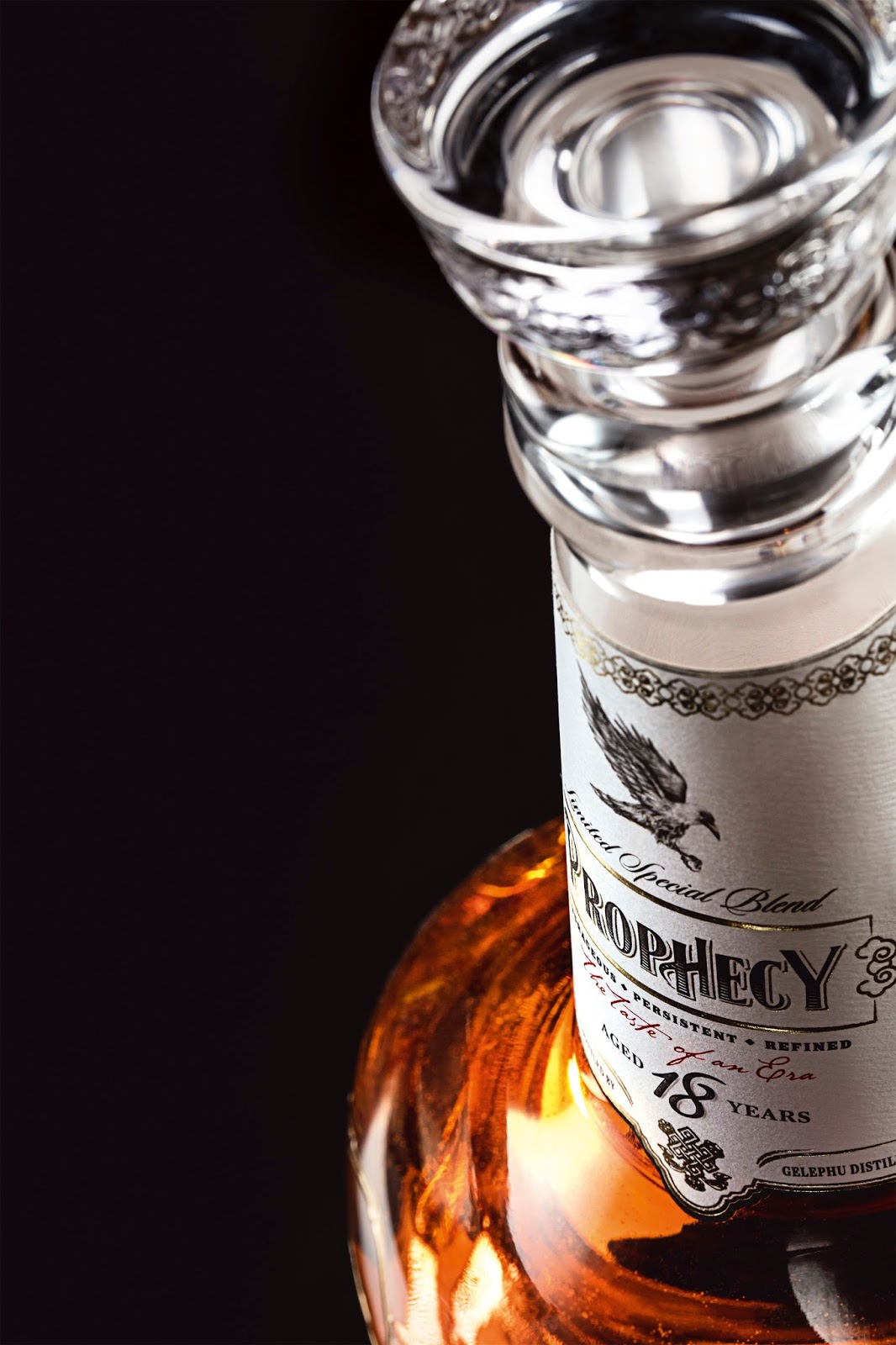 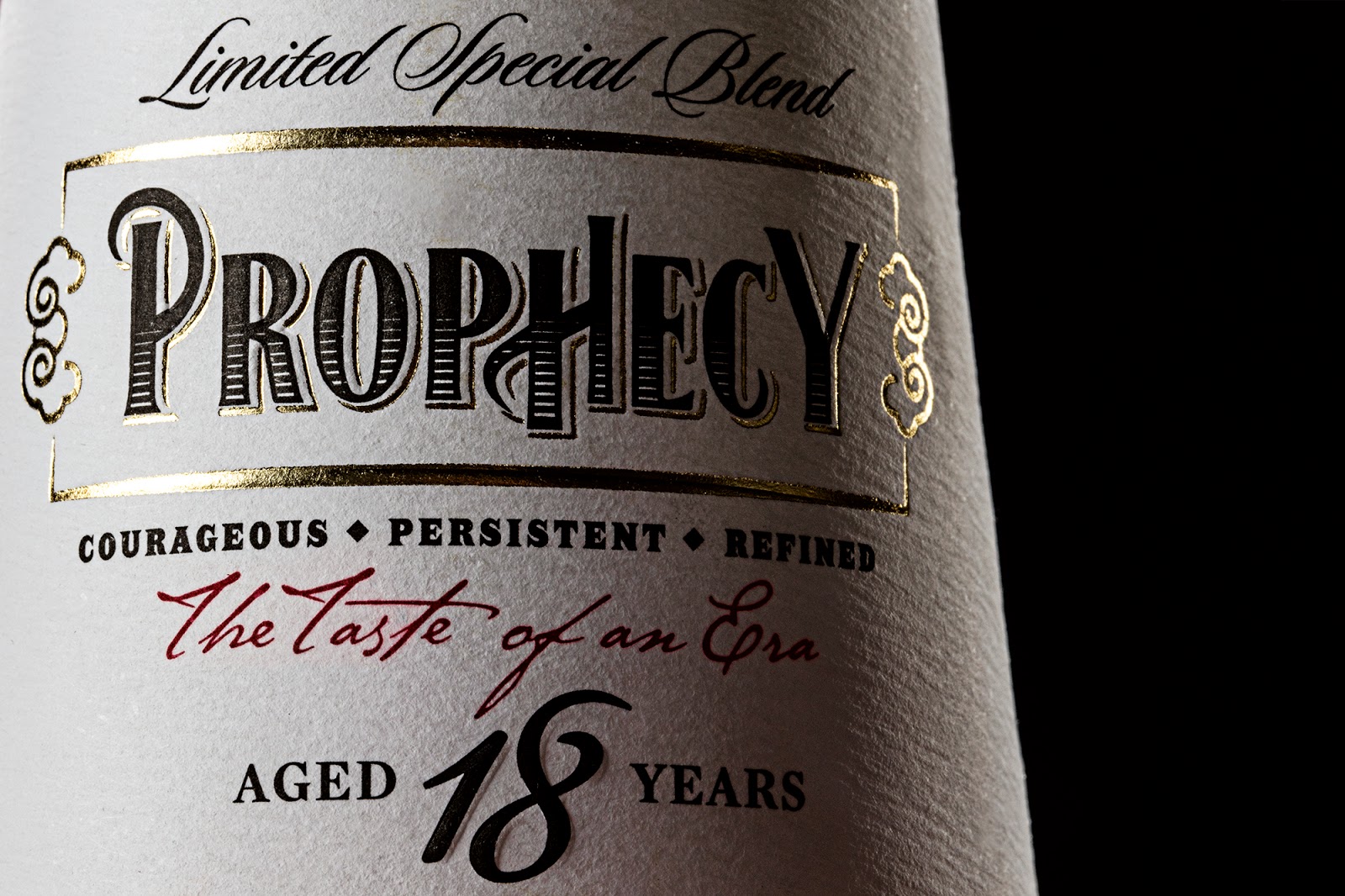 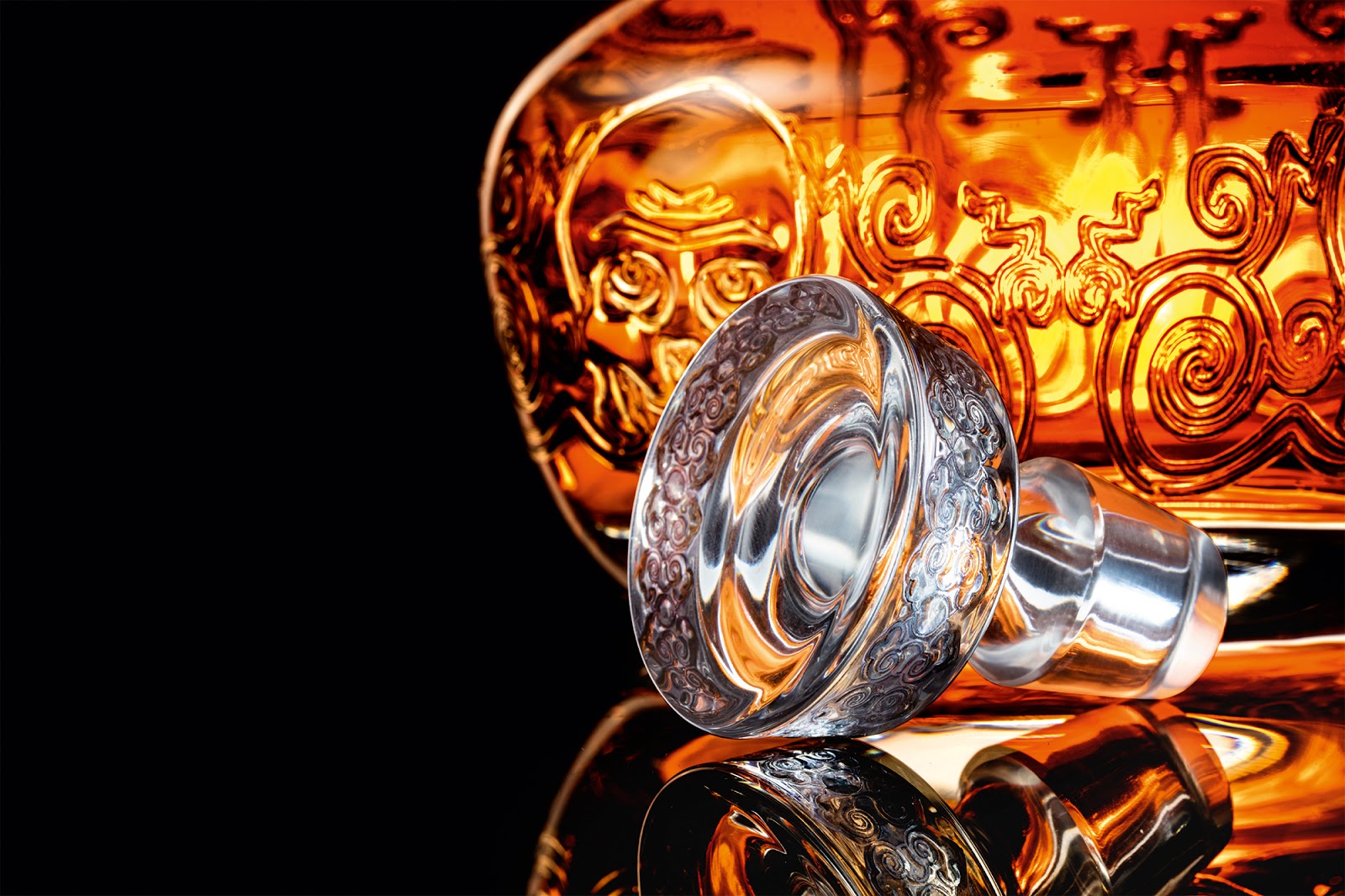 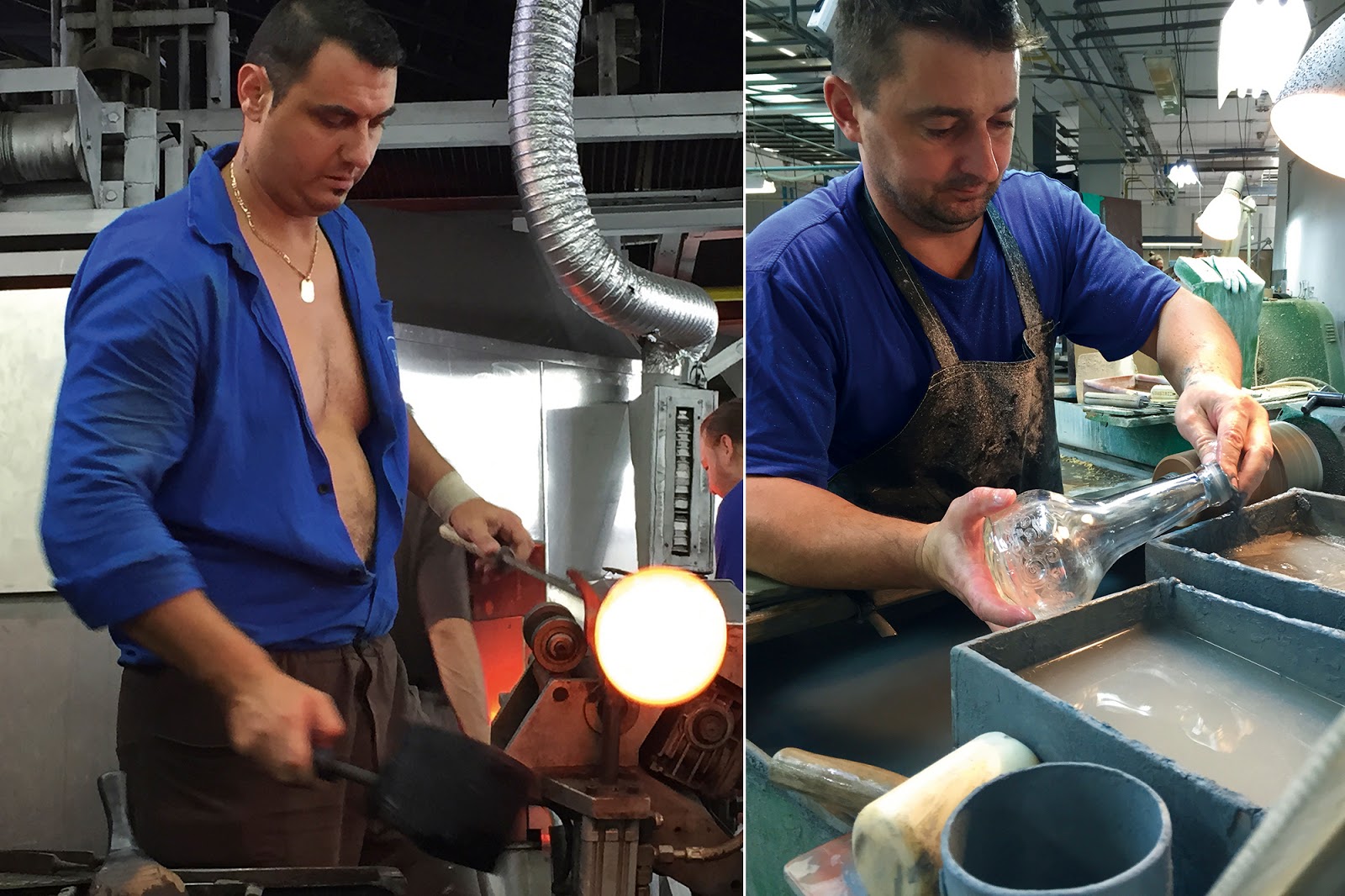 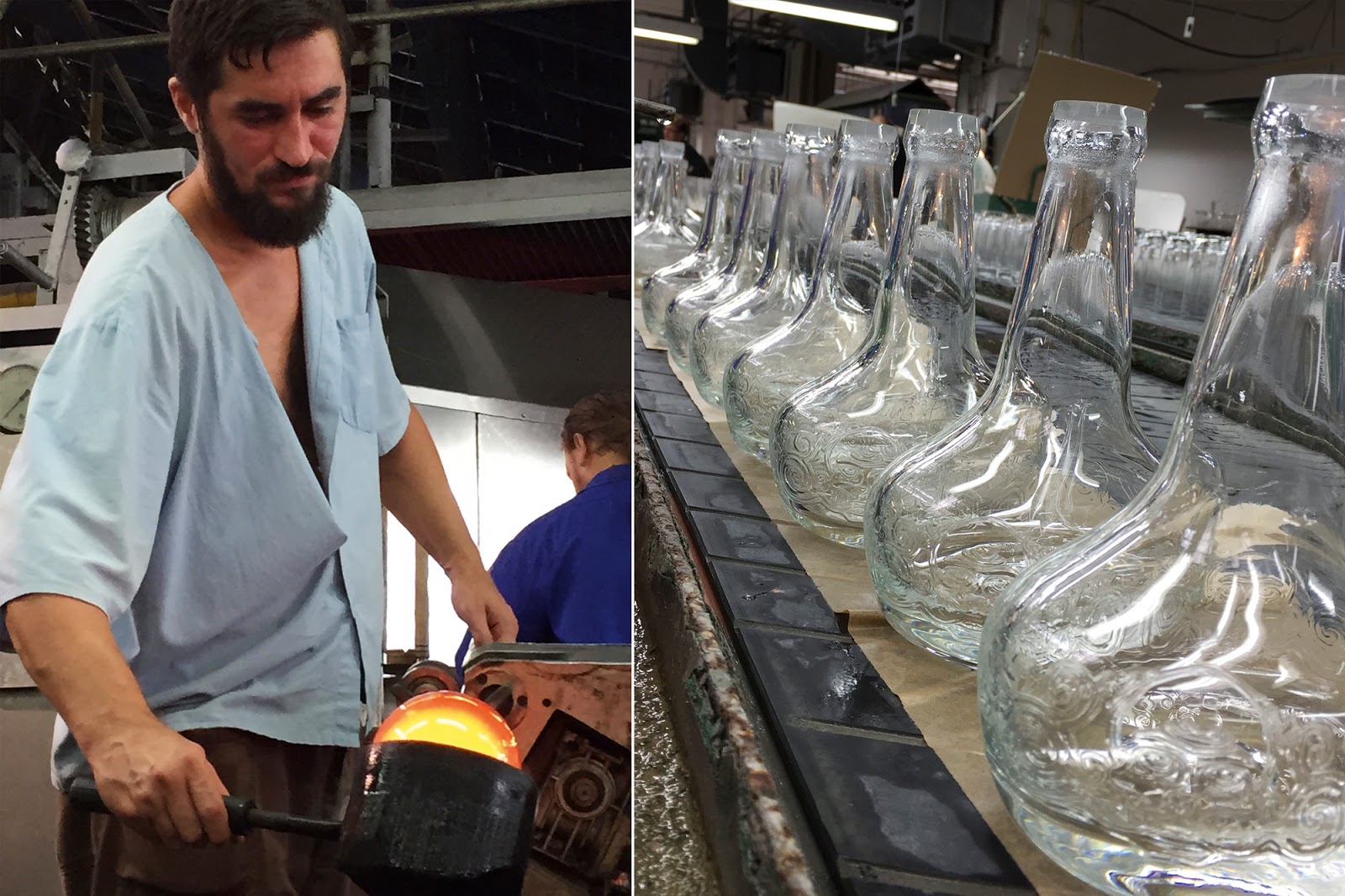