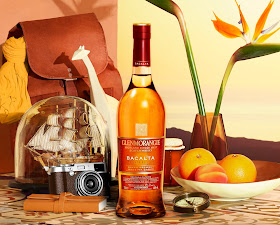 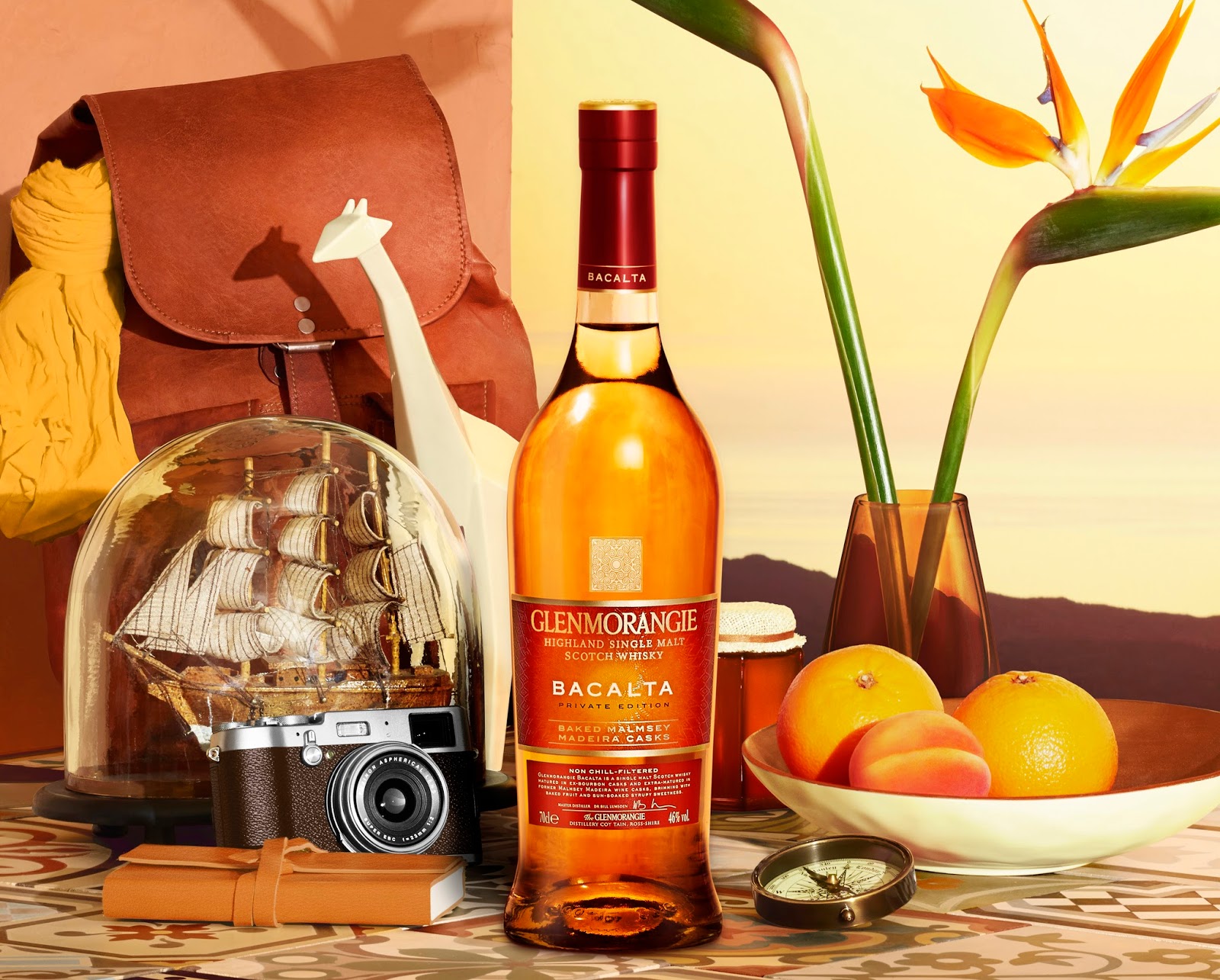 Glenmorangie Bacalta, Scots Gaelic for ‘baked’, is the eighth addition to Glenmorangie’s award winning Private Edition range. This unique expression has been extra-matured in rare, former Malmsey Madeira casks. As part of the process of ageing the sweetest and most prized of all Madeira wines, the casks are baked in the warm sun on the island of Madeira; when used for extra-maturation this baked quality is imparted to the spirit within, resulting in a whisky which delivers complex layers of sweetness and flavour.

Taking inspiration from the unique sun-baked nature of the casks and the island they come from, ButterflyCannon used rich shades of yellow, orange and terracotta to create an evocative vignette that would convey all the warmth and colour of a Madeiran sun set. To evoke the complex flavours of the whisky, over this impactful backdrop is overlaid an intricate, interlocking web of graphical motifs; a contemporary re-interpretation of the traditional arts and crafts cues, such as lacework and basket weaving, found on Madeira. Executed in spot varnish and accentuated by a subtle shift in the background gradient, the pattern shimmers as it catches the light, communicating all of the vibrancy and warmth of the whisky contained within.

Ben Cox, Design Director at ButterflyCannon comments, “The challenge was to balance communicating the story of the baked Madeira casks with premium single malt whisky cues. The design needed to reflect the complexity of the whisky and appeal to the sophisticated connoisseur, without appearing fussy and old fashioned. Executing intricate graphical patterns inspired by Madeiran crafts in a subtle spot varnish enabled us to do this in an elegant and contemporary way.”

Kate Glenn, Global Marketing & Communications Director at Glenmorangie adds: “Each of our Private Edition Range presents its own challenge in terms of how to communicate the distinct characteristics of the particular whisky expression. For Glenmorangie Bacalta, ButterflyCannon have created a warm, multi layered piece of packaging that evokes the mouth-watering complexity of the single malt it contains.” 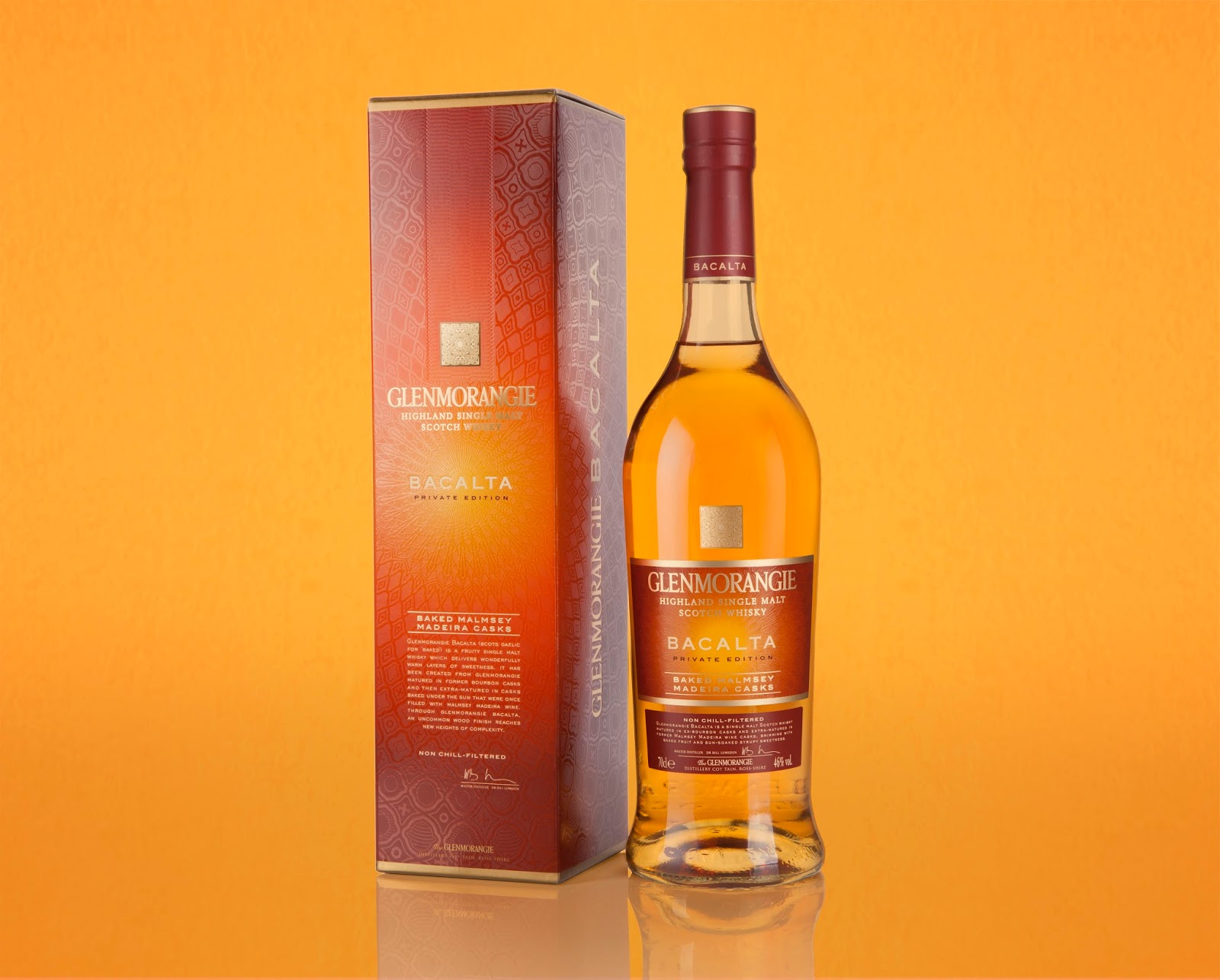 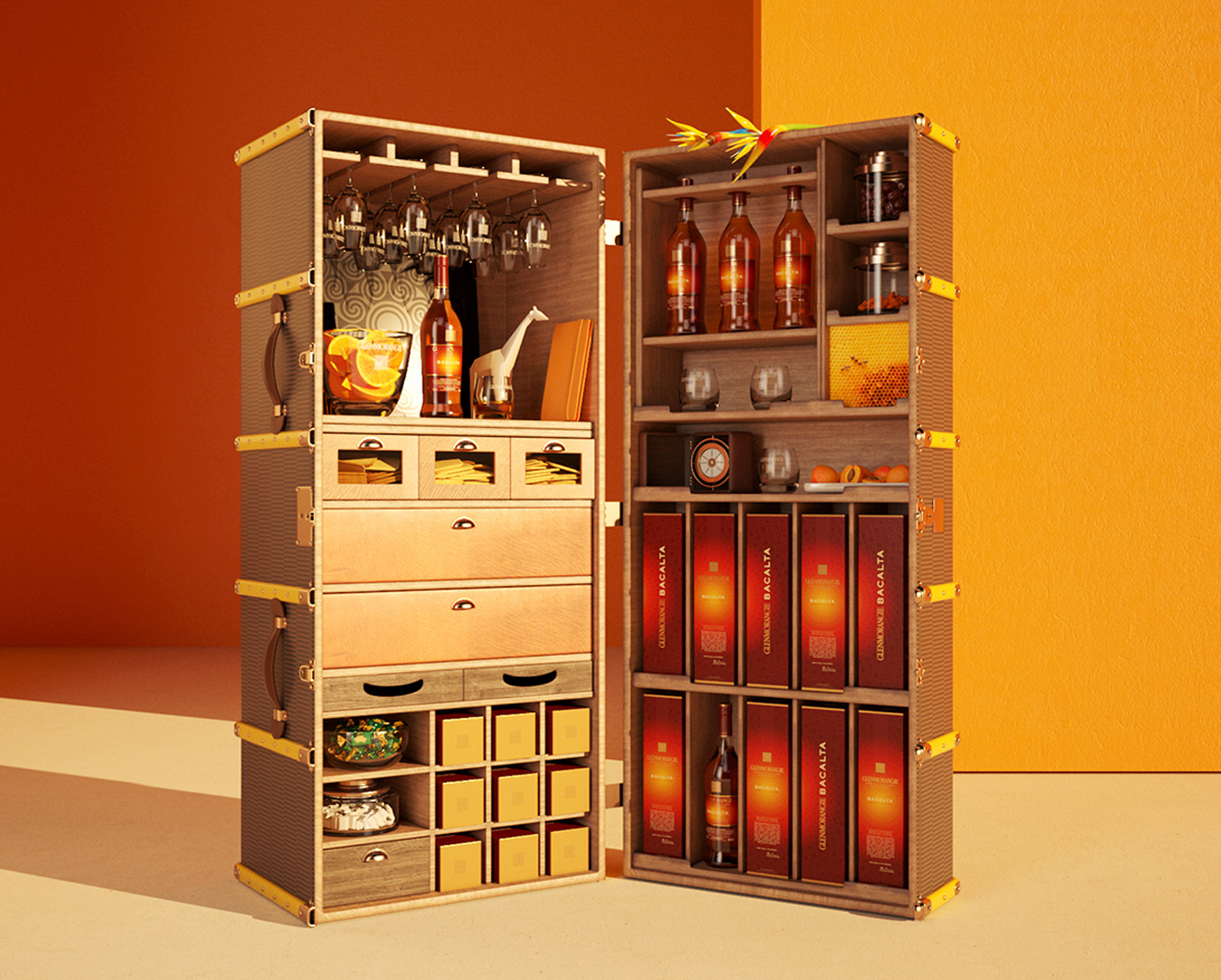 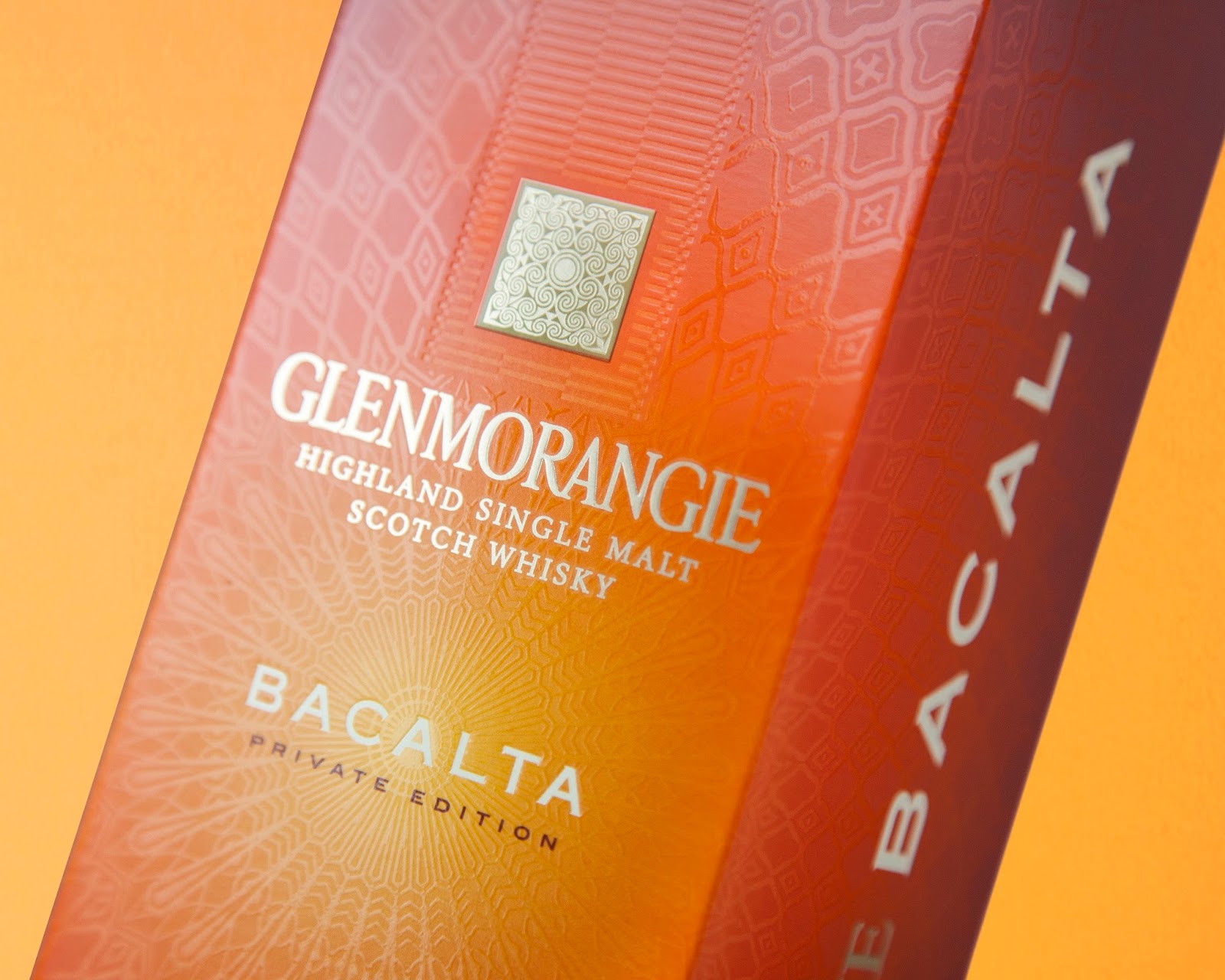