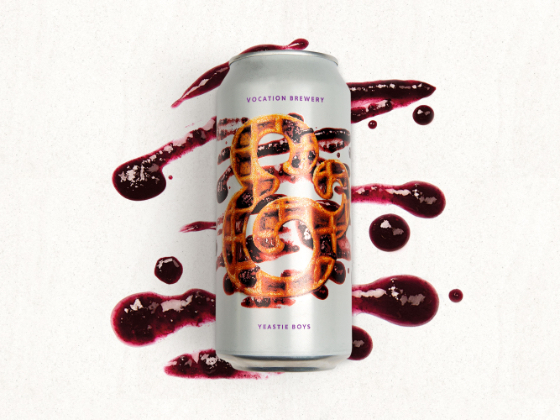 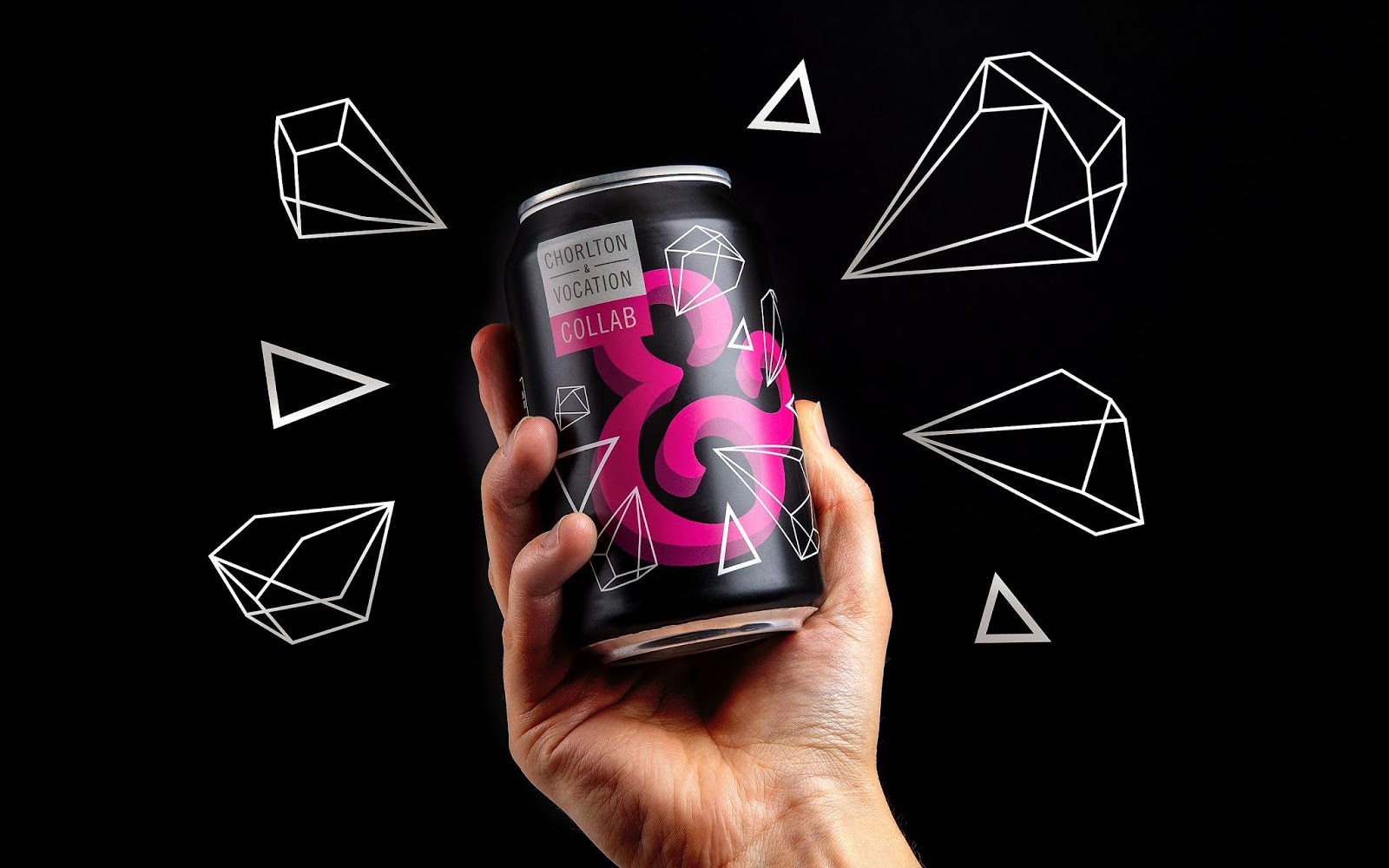 Having worked with the brand from the beginning across a number of projects, Robot Food looked to balance Vocation’s brand identity with graphics inspired by the beers themselves.

Ben Brears, Senior Designer at Robot Food explains, “we used the ampersand from our original brand creation with Vocation to represent the collaborations. Acting as a template to keep a constant visual throughout the range, it alters to reflect each new pairing and flavour that comes with each new brew.”

On Vocation & Chorlton’s ‘Sour Smash’ Brears states, “the bold interpretation of the ampersand here, was inspired by the explosion of tropical and citrus flavours of the Sour Smash. We dialled up the sour with a punchy colour palette and explosive visuals.”

Atom Beers celebrate the science behind the brew. With their focus firmly grounded in the knowledge of brewing, Robot Food created a blue print design for the ampersand which reflects both Atom’s focus on science and Vocation’s forward-thinking attitude to brewing.

The most recent flavour pairing with long-distance friends Yeastie Boys crafted the Waffle and Blueberry Breakfast Stout. Brears explains, “this beer you could drink for breakfast demanded a mouth-watering design, so the ampersand template was transformed into a delicious waffle, good enough to eat, and drizzled with blueberry jam.”

Cans have already flown off shelves but grab yourself the Waffle and Blueberry Breakfast Stout while it’s still hot. 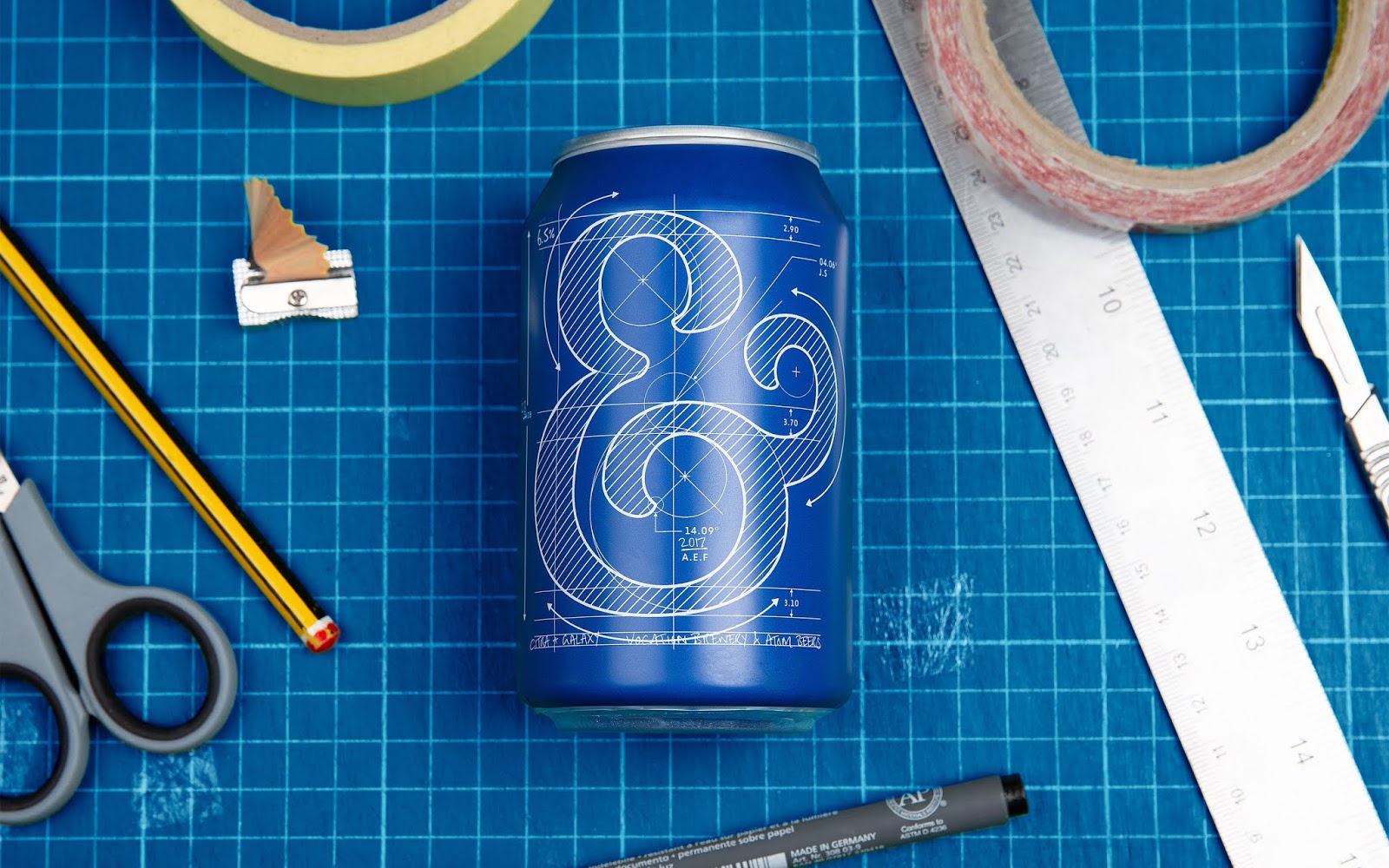 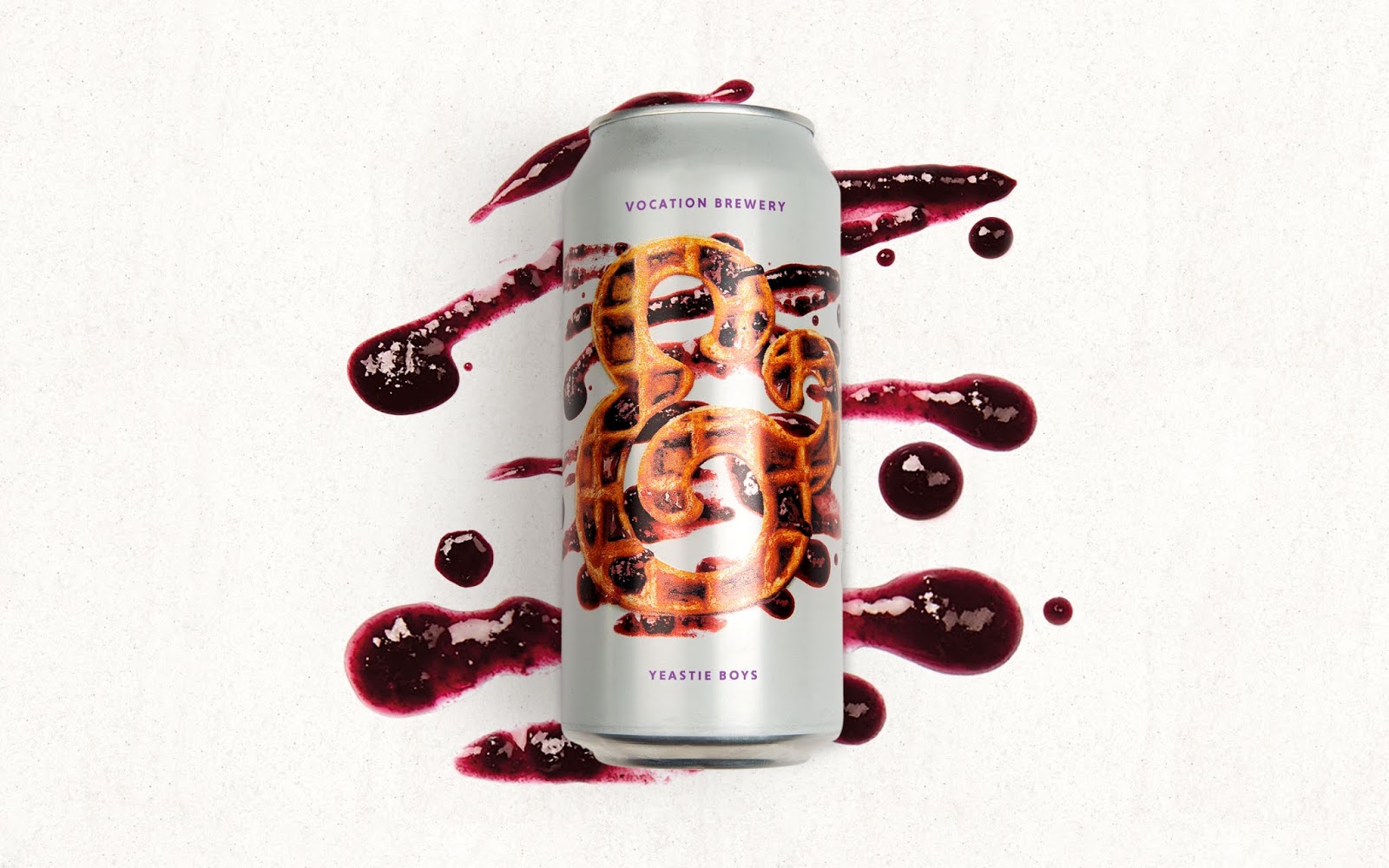