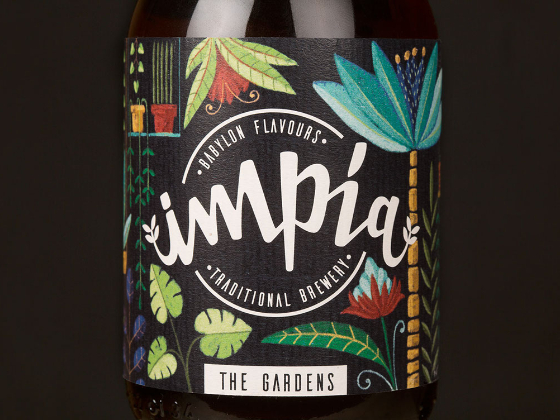 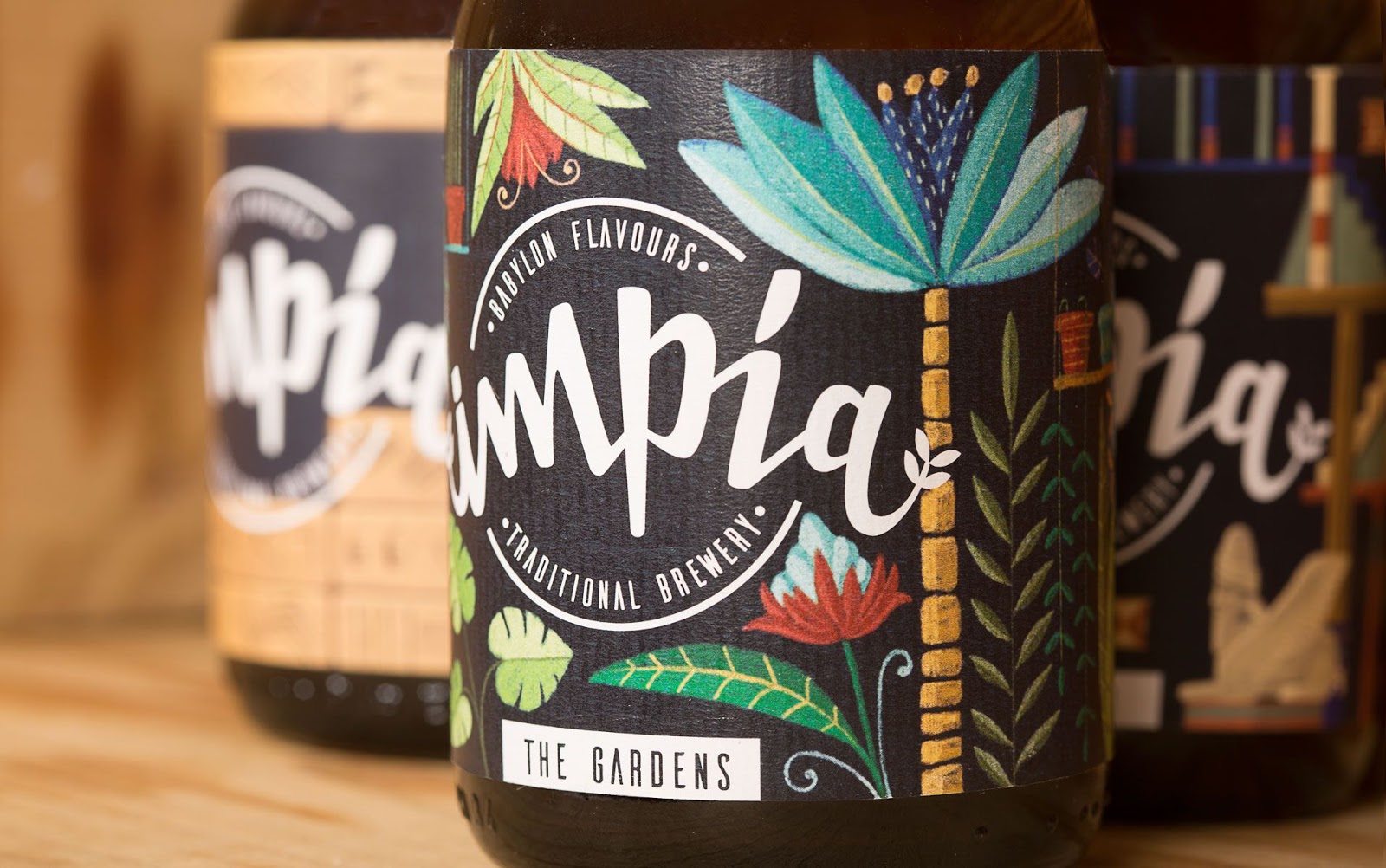 The product is a new brand of beers whose particularity is that they are prepared using the recipe of the first beers produced, coming from Babylon. In our imaginary, Babylon appears as that city from the past lustful, sinful, attractive and exotic. From this arises the naming of Impía, an adjective with which they refer to the city ​​in several passages of the Bible. A lowercase lettering was elaborated manually for the logo accompanied by the tagline “Babylon Flavors” and “Traditional Brewery” as a circular stamp, in a condensed type.

Each variety of beer brings us closer to one of the pillars of this culture that has universally known elements. This is how the three varieties appear: Impía The Writing, represented by cuneiform writing , Impía The Gardens, which alludes to the Gardens of Babylon and Impía The Tower, which refers to the Tower of Babel. All the illustrations were digitally made with chalk effect brushes that add a handmade feel to the final look: there are represented pieces of engraved ashlar, diversity of plants and flowers as well as architectural elements according to the variety of beer that is being illustrated.

In all cases the backgrounds are a very dark blue tone, because the dark is the mysterious, what incites and seduces us. The labels are printed on a laid paper continuous, joined front and rear, and the shape of the bottle chosen is a Steinieform or DIN6199, which by its predominance of curved shapes simulates the kind of eroticism that the city of Babylon transmits to us and we want it to be the basis of the graphic identity. The glass is dark in color to prevent solar radiation from affecting the hops and damaging the content. 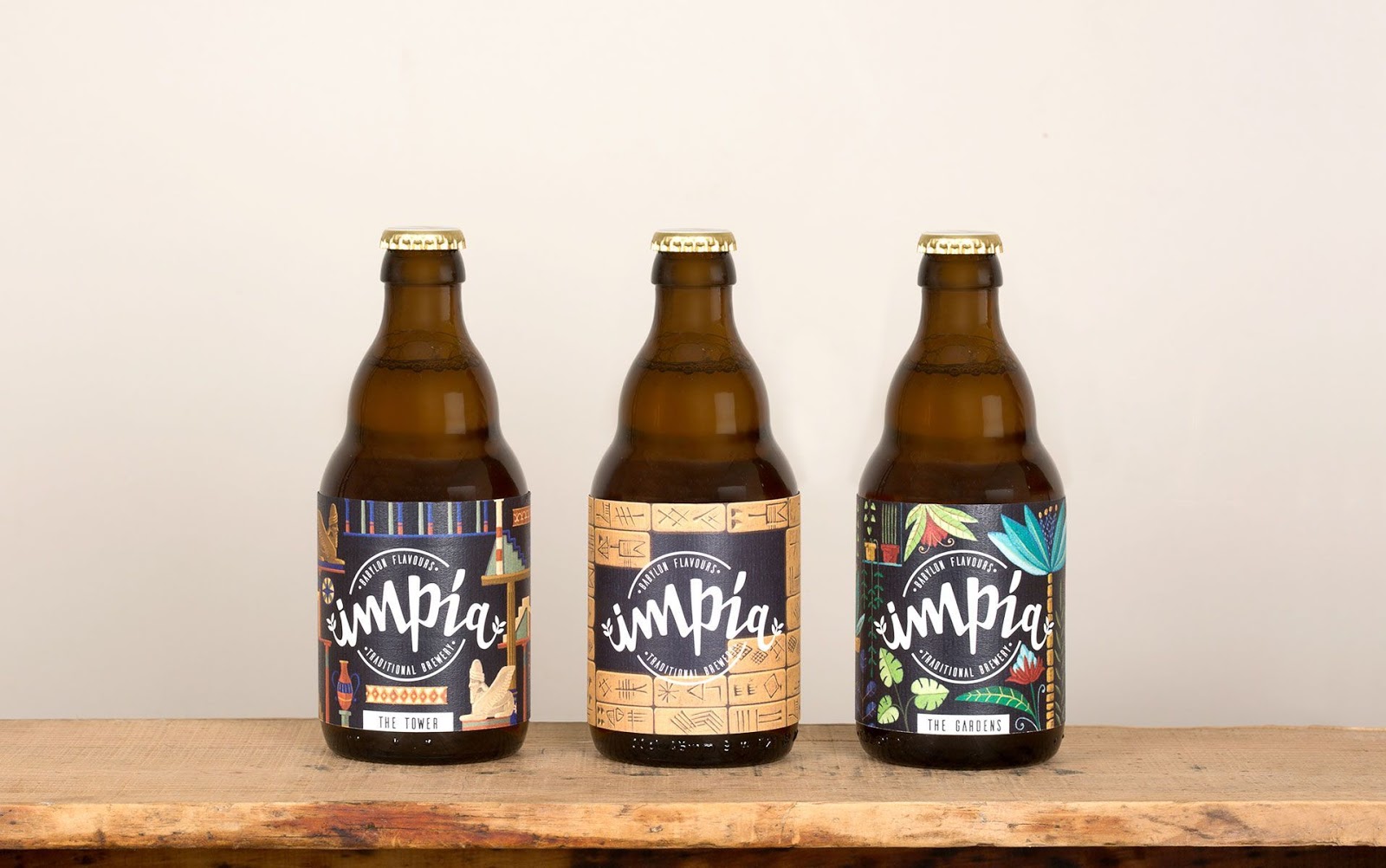 What’s Unique?
The colorful illustrations on the darkness of the bottle, together with its shape, make this product differs from its competitors in the market. 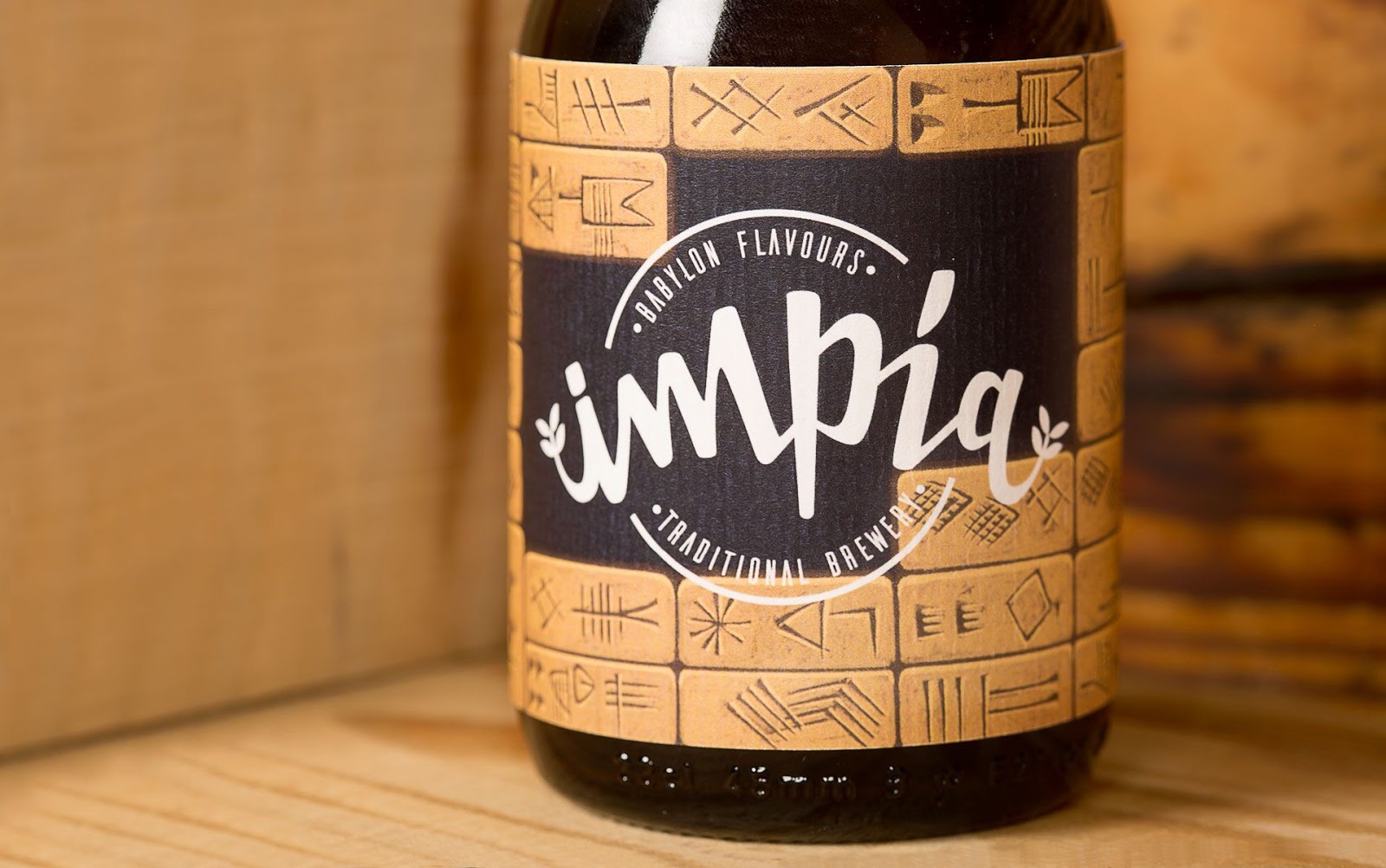