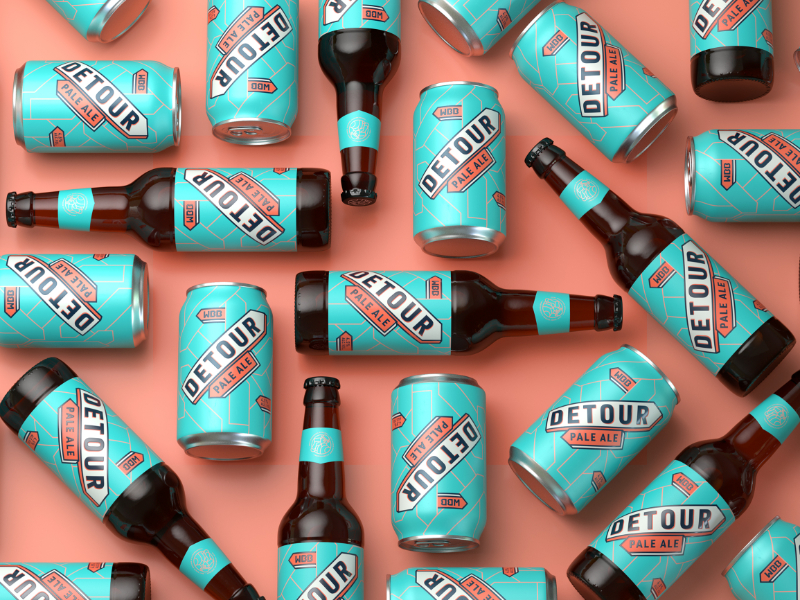 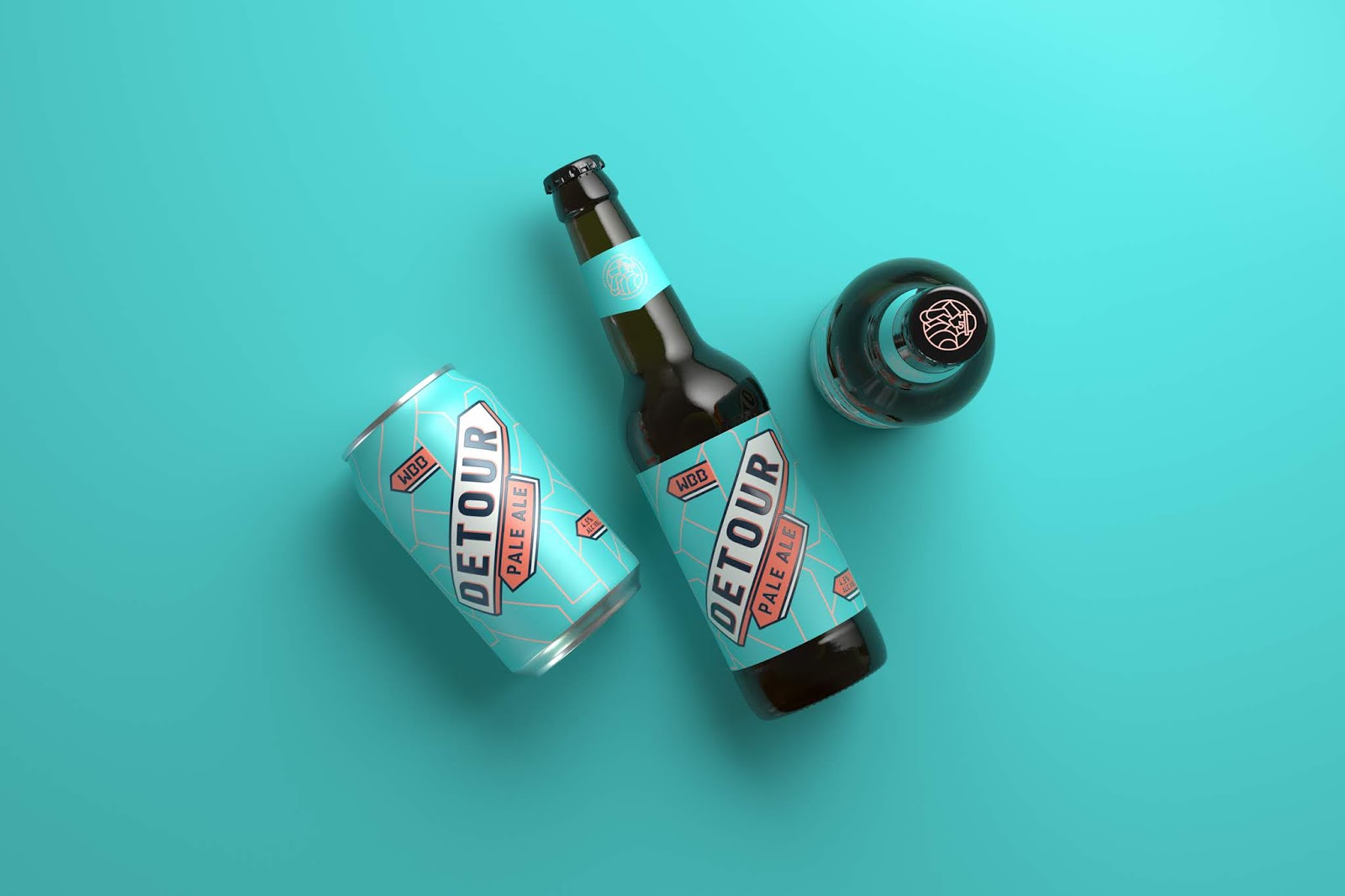 For the past 25 years, West Berkshire Brewery has made a name for itself merging tradition with ambition. And while its long-established traditional portfolio was performing well, the brewery wanted to rethink its more modern craft range to gain a stronger competitive edge. In the first of many projects with West Berkshire Brewery, Thirst Craft were tasked with naming and branding a pale ale that could compete against the best at the bar. 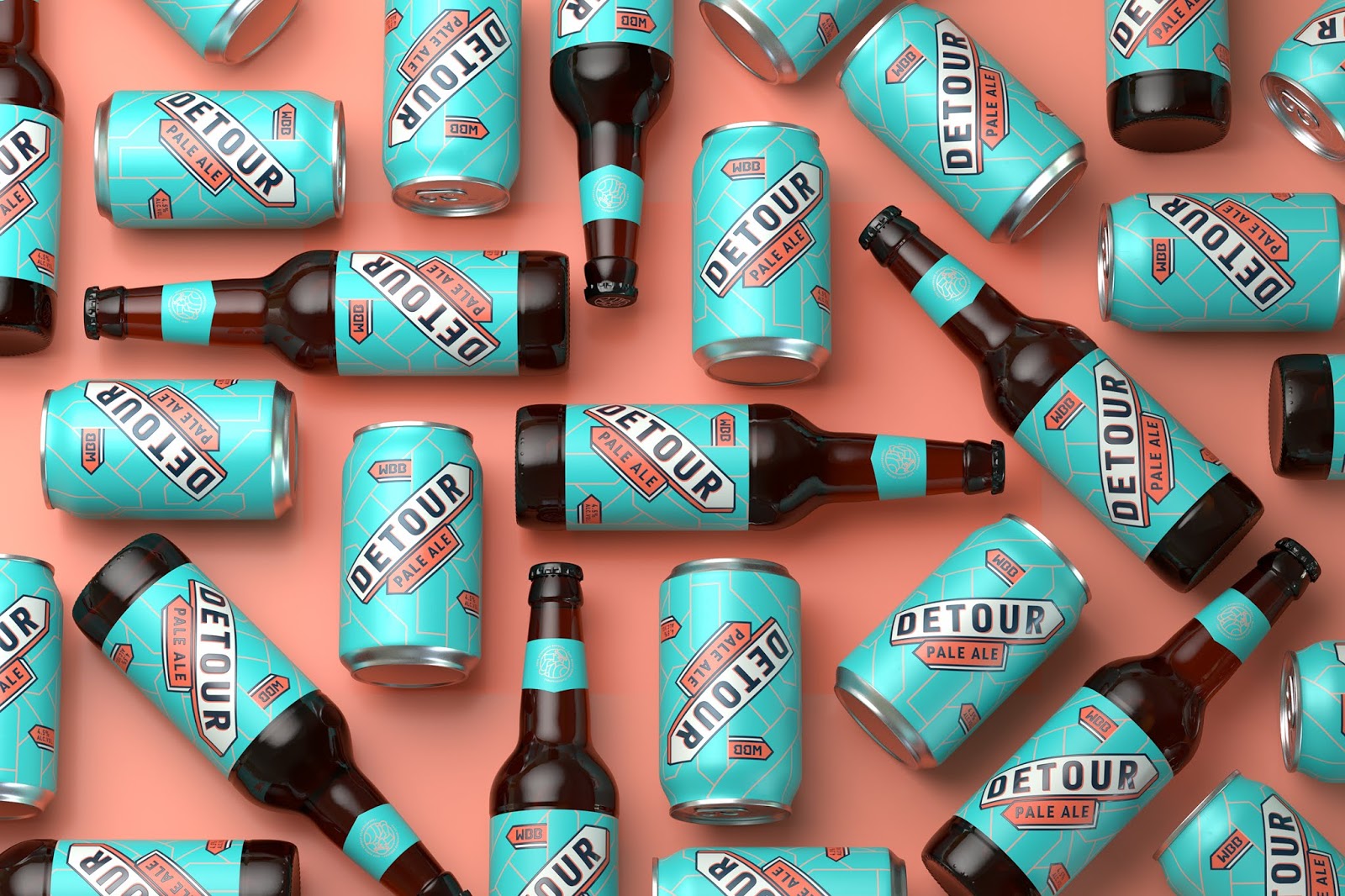 First, in order to appeal to a younger demographic, Thirst turned down West Berkshire Brewery’s traditional associations by moving to an endorsed range. This allowed more leeway to dial up the personality and proposition of each beer in the modern range.

Next, they found the name and story. Having a pint is all about slowing down, pausing and enjoying the moment, which led to ‘Detour’.

The playful brand uses simplified signs to point you in the wrong (but oh so right) direction. A secondary pattern continues the theme across glassware and bar material, providing a deliciously refreshing diversion. 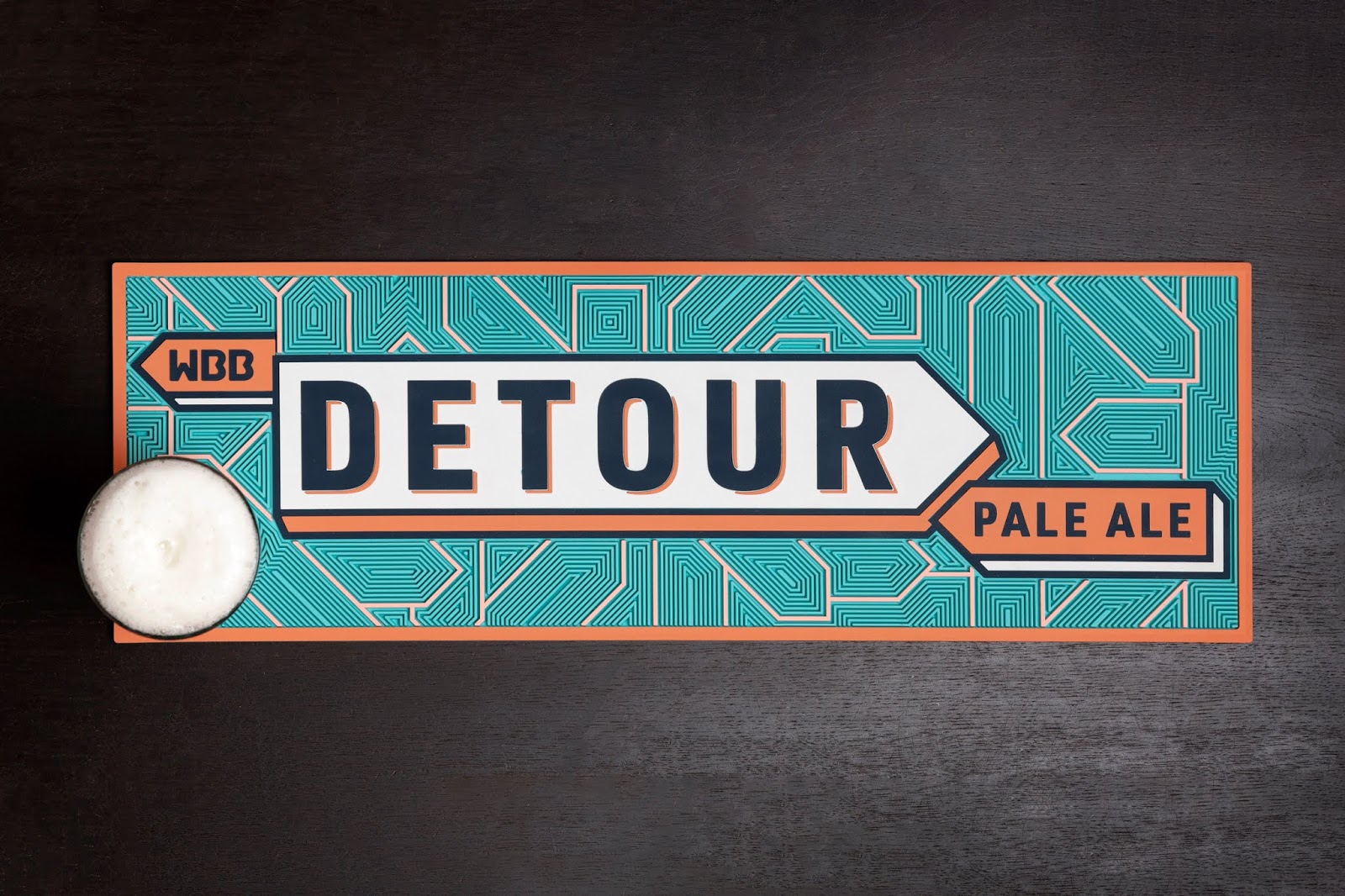 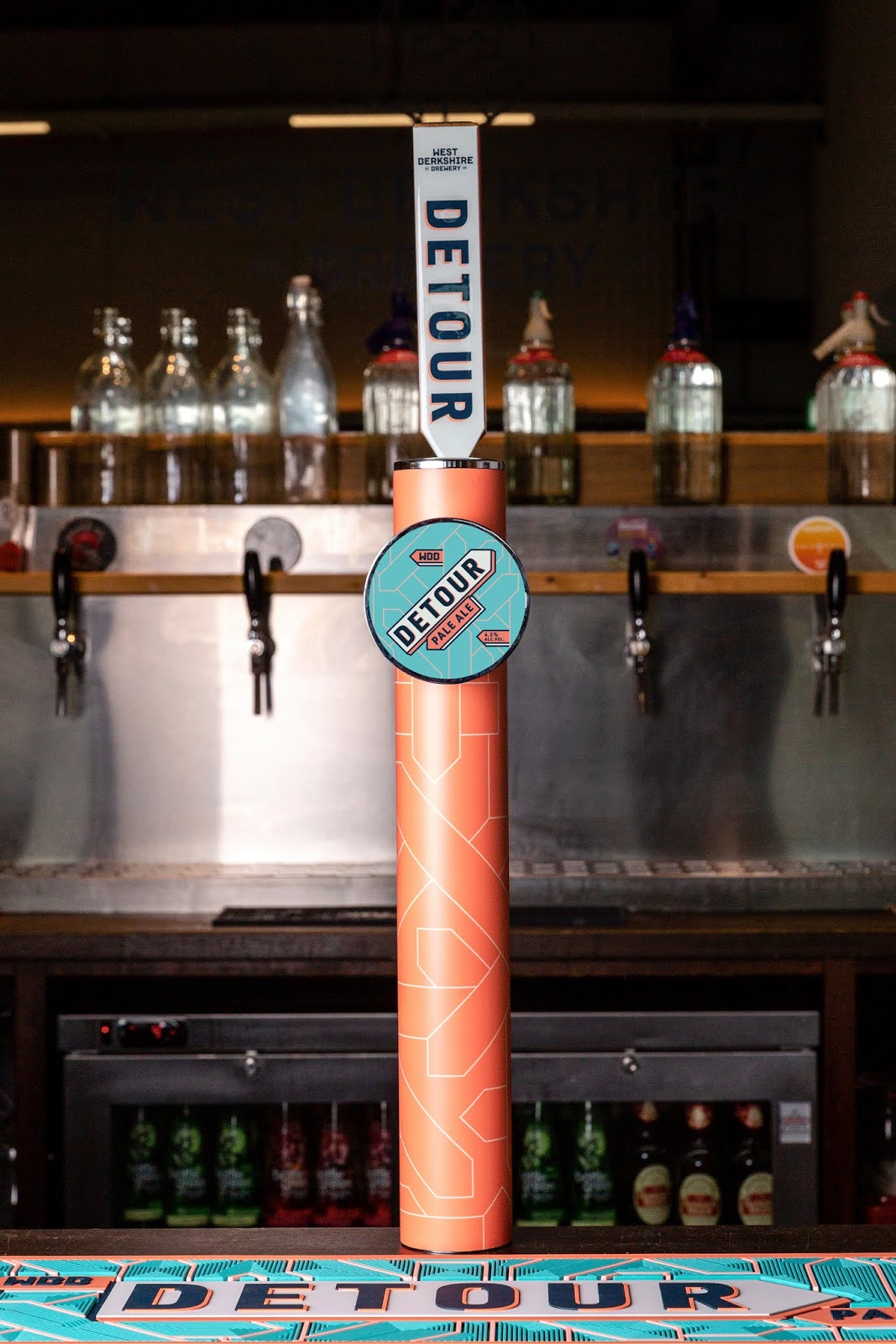 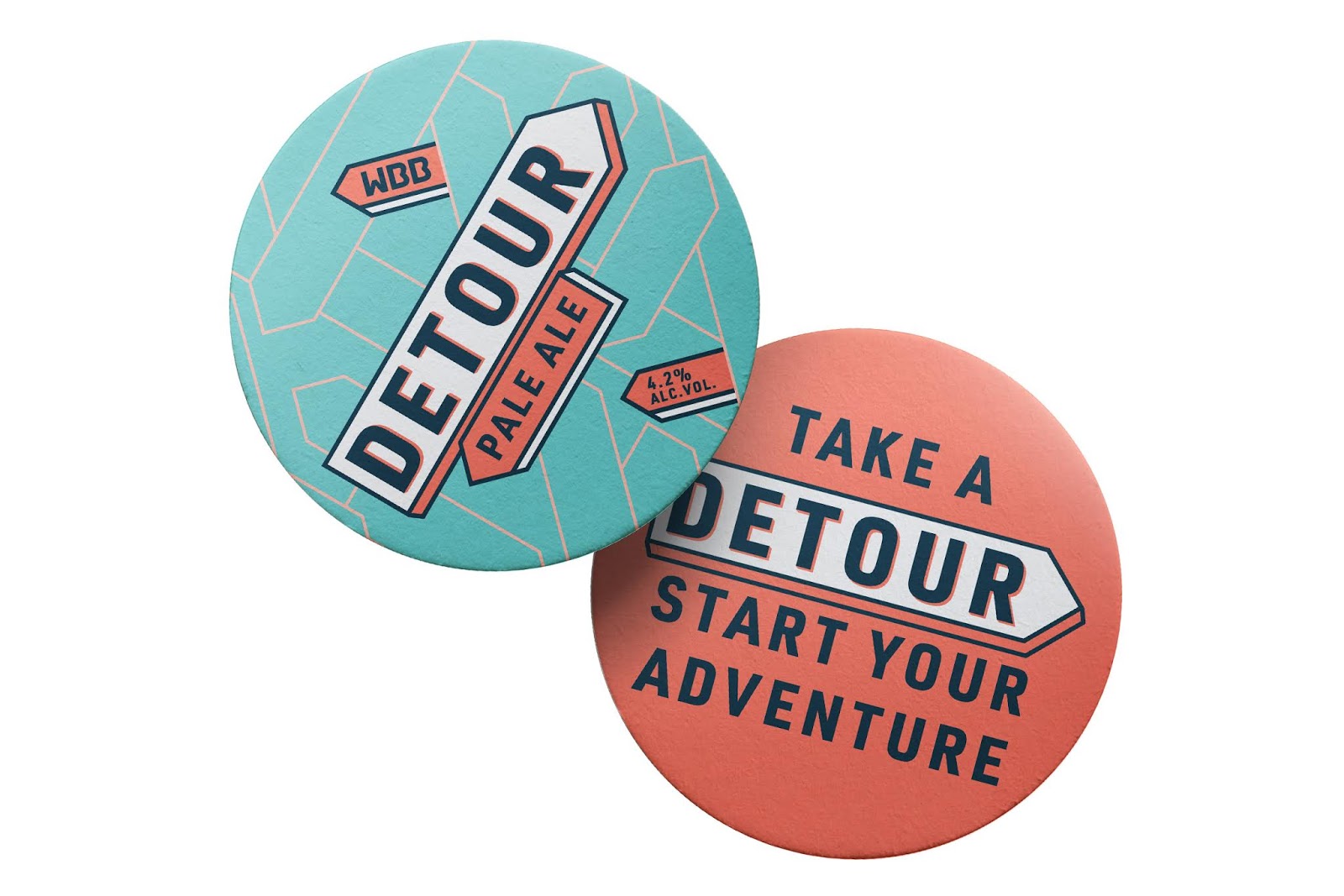