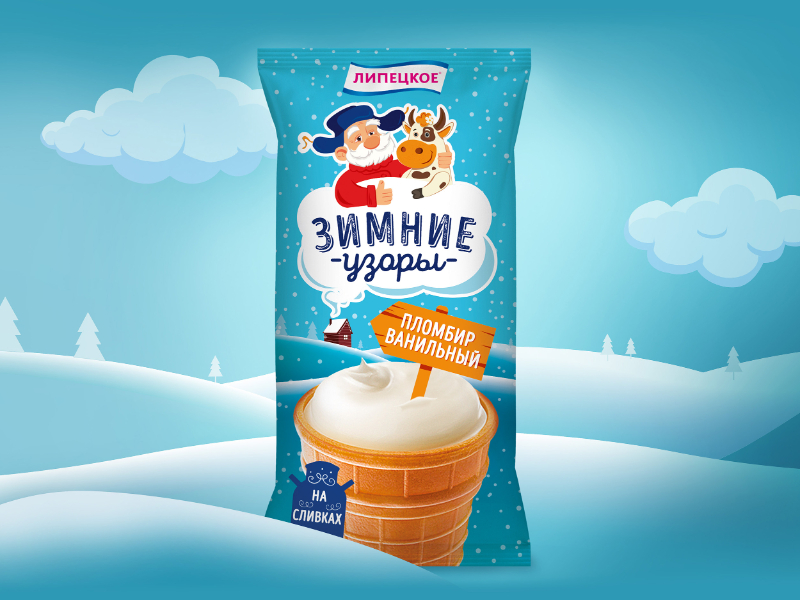 About the project
The history of Lipetsk ice cream begins in 1962. Lipetsk ice cream was beloved by residents of many cities of the former USSR, it was considered one of the highest quality and most delicious. Initially, the factory produced only ice cream in waffle and paper cups, as well as in wafer briquettes.

Today, the plant occupies a leading position in the Central Black Earth region, and its products are widely distributed in more than 40 regions of Russia and beyond. 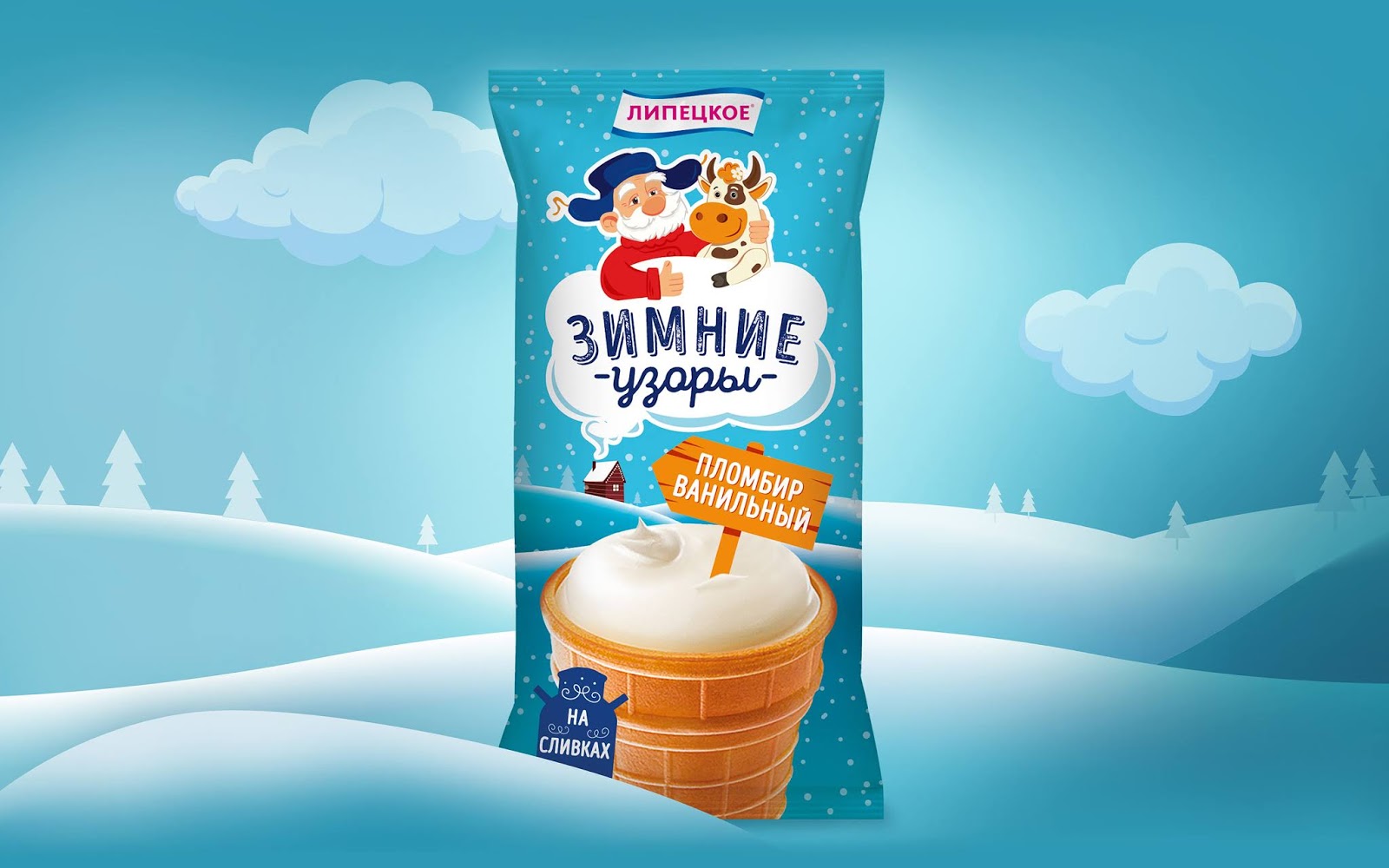 Task
One of the most famous brands is «Zimnie Uzory» – the sales leader in Lipetsk and the Lipetsk region, as well as across all federal and local networks (the territory of Chernozemye, Rostov Region, Krasnodar Territory, Moscow).

After a partial redesign of TM, sales fell. And the company turned to us to rectify the situation. We were commissioned to create a unique image of the brand, which allows it to differentiate from the competitors and convey the advantages and values of the brand to the consumer through visualization on the packaging. 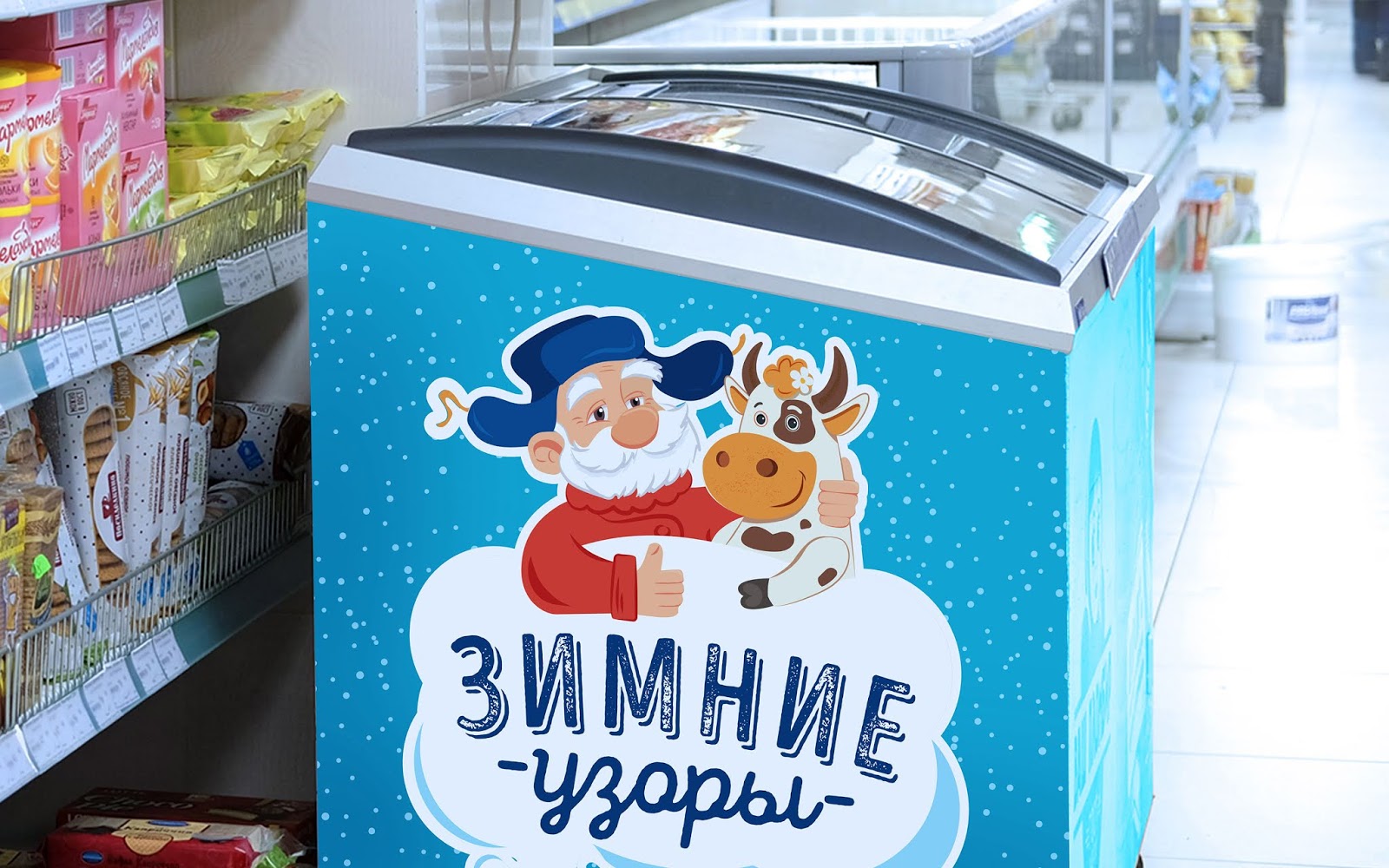 Decision
The customer asked us to keep the categorical colors, as the buyer is accustomed to the blue colors and at the same time not lose the winter mood and charm.

The design has become more emotional. The packaging shows a snowy village, a cloud of smoke comes from the chimney flowing into the cloud-shaped logo with the name “Zimnie Uzory”. Instead of Santa Claus, associated with the New Year, while ice cream sales peaked in the summer season, two new characters appeared, two friends – a grandfather with a cow. 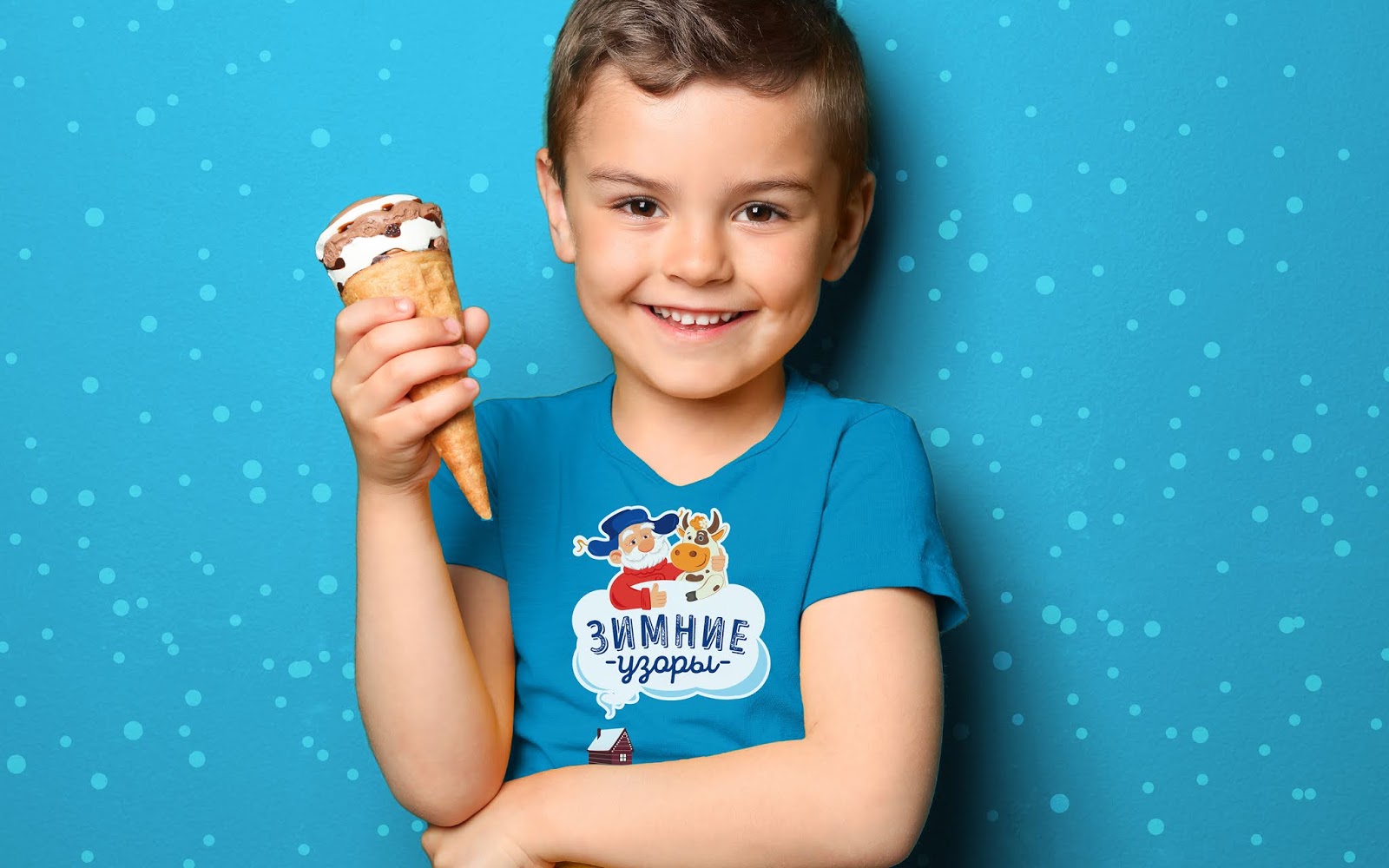 Visual layer
Foodzone has become more appetizing and eye-catching (in the previous design, it was visually connected with snowdrifts). We strengthened the logo, made it more modern and readable, and found a closed-form for it, separating it from the food zone and other inscriptions on the package.

Context layer
If earlier information merged into one continuous spot, now due to neat layout and separation into semantic blocks it is easily perceived. Differentiation within the line is made well thanks to the food zone and the index with a category.

Conversion layer
The claim “with cream” inscribed in a milk can speaks of naturalness and creates an association with something homely and rustic. The packaging is warm and cozy. 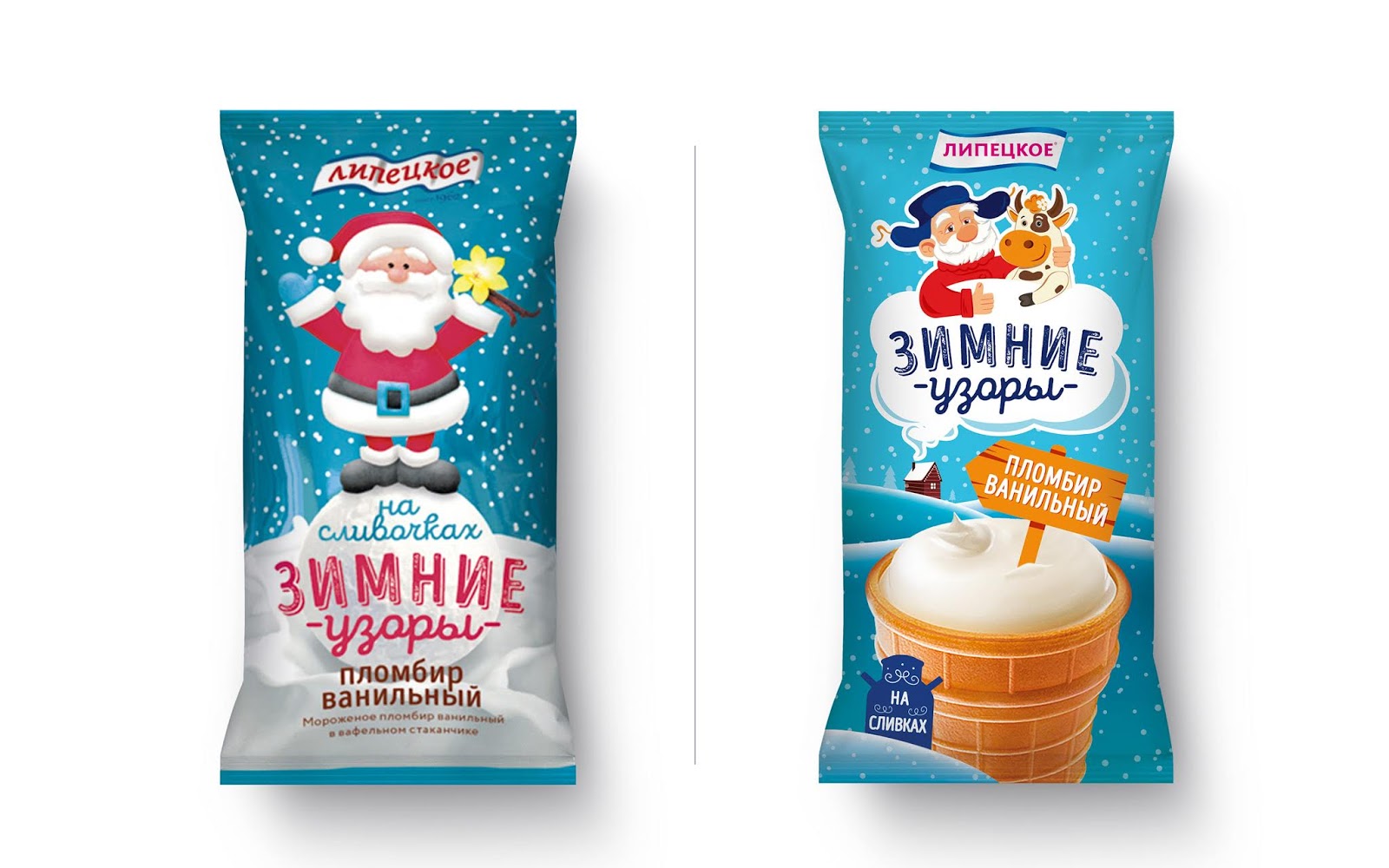