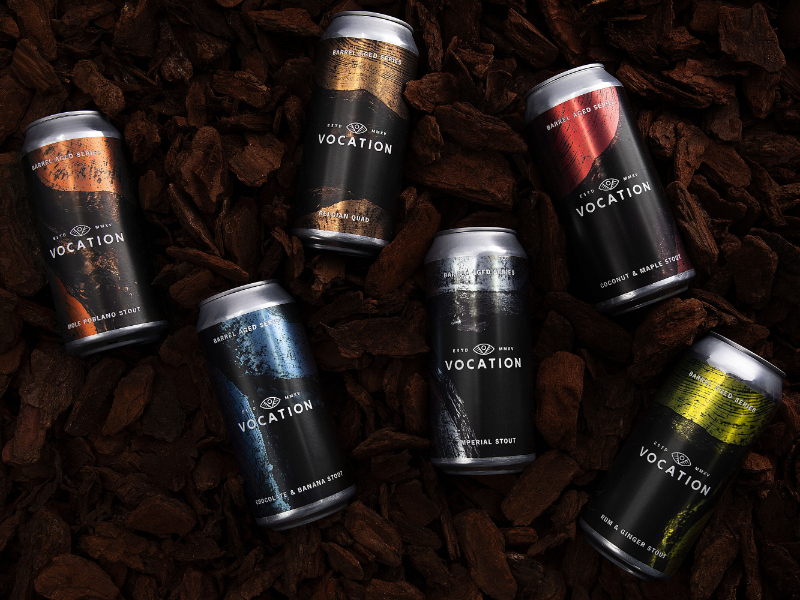 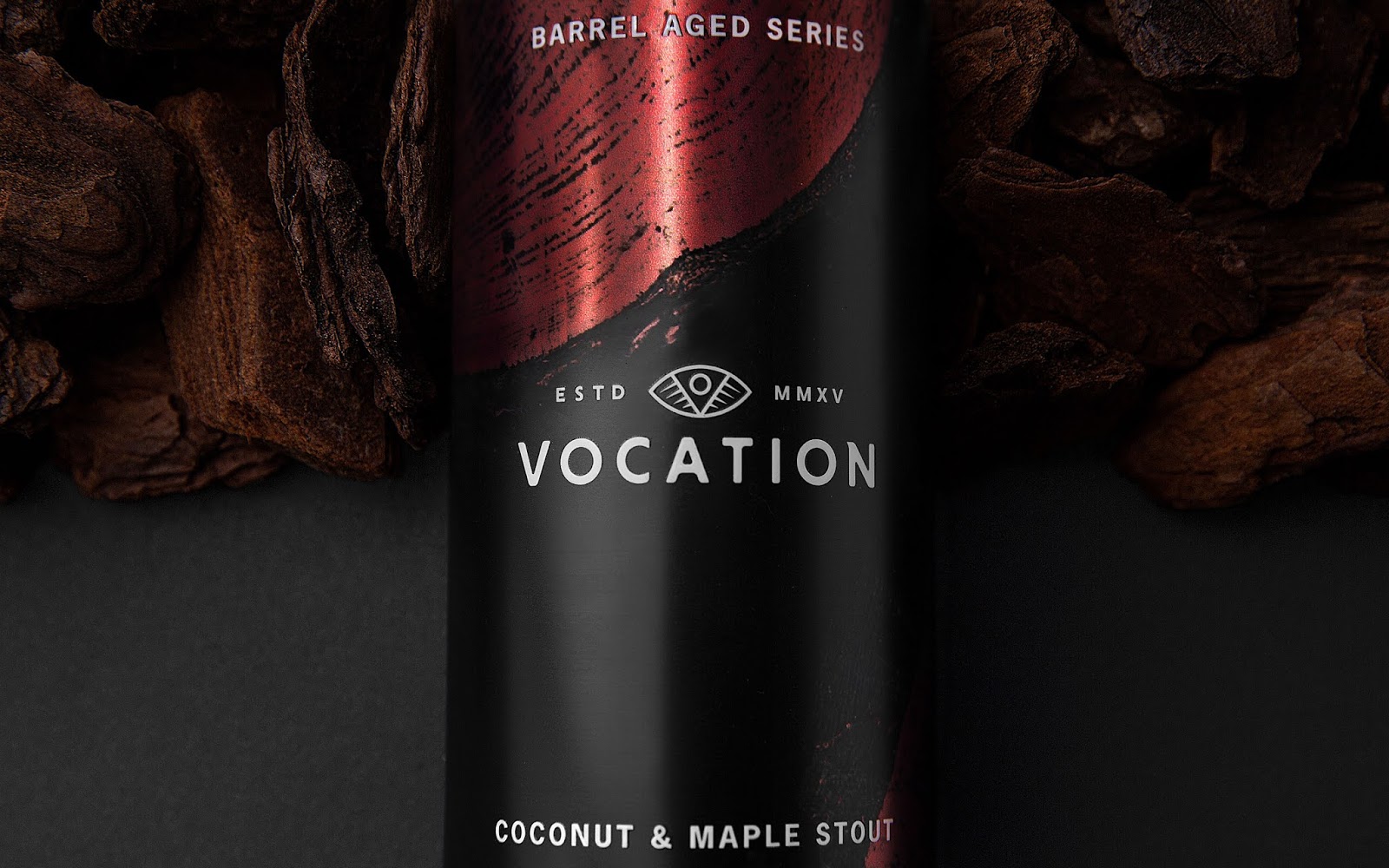 UK branding agency, Robot Food once again join forces with Vocation Brewery to create the can design for their Barrel Aged Series.

Alongside brewing their core range of beers, Vocation Brewery like to get their creative juices flowing with some limited edition specials. Earlier this year they got experimental and bought some barrels, previously used to age red wine and rum, to create their Barrel Aged Series.

Released in twos, each pair of beers in the series are made from the same brew, then aged separately in different barrels to give them their own complex flavour profile. Rich, distinctive and with an ABV not for the faint hearted, beers in the series have included a 11.3% Belgian Quadruple and a 12% Chocolate & Banana Stout.

As the lengthy brewing process is so integral to this style of beer, Robot Food opted for a minimalist approach to the can designs that honours the barrels that gives each one their unique flavour. Using rustic oak imagery for a natural, crafted aesthetic, each iteration of the design celebrates the artistry and patience that comes with creating these beers. Whilst the contrasting combination of metallic, gloss and matt varnishes add a slick, indulgent feel. 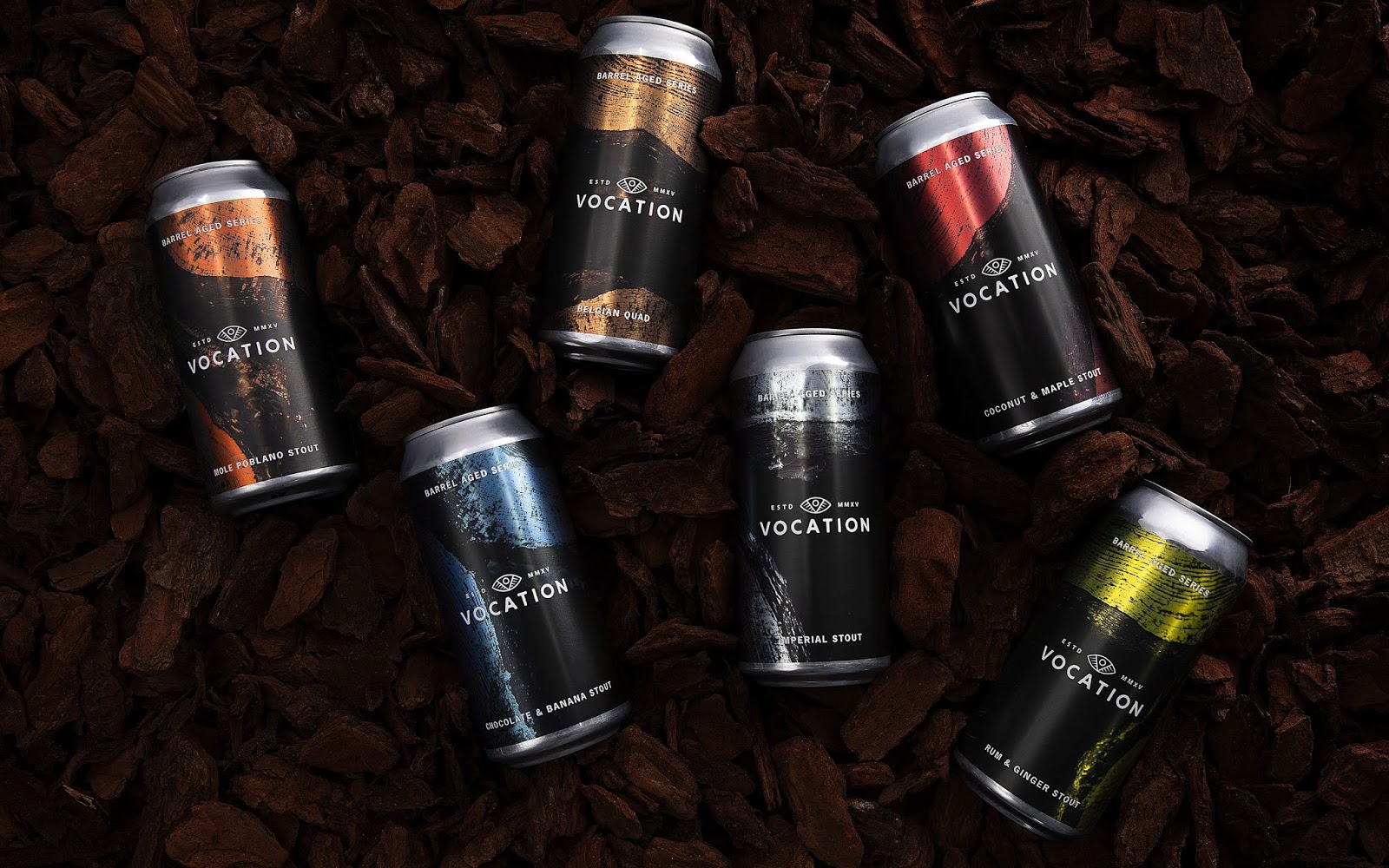 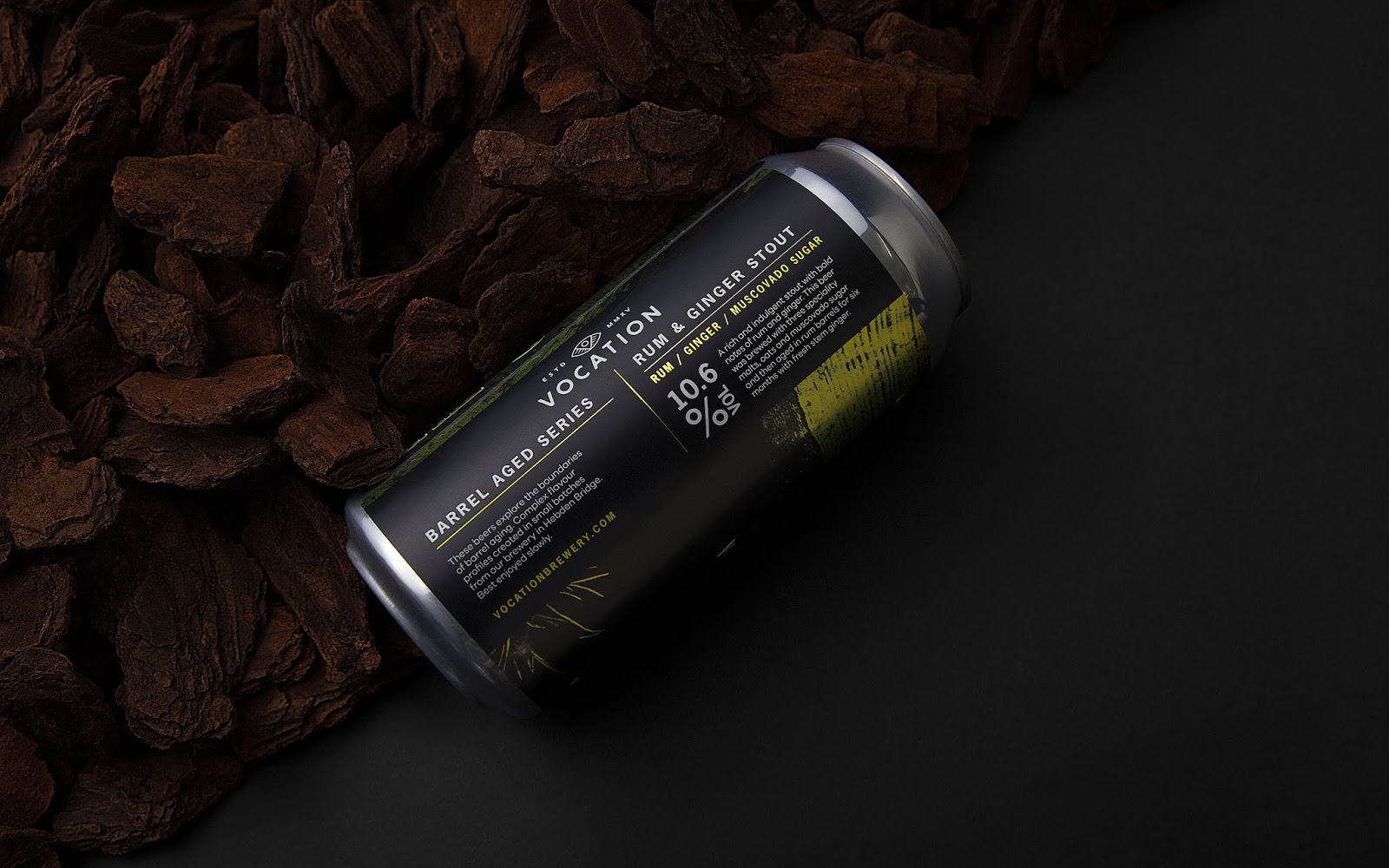