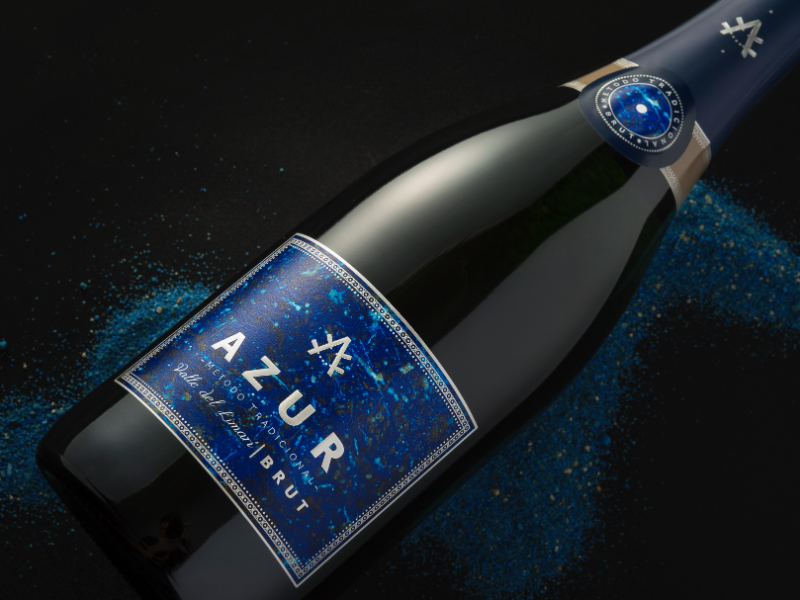 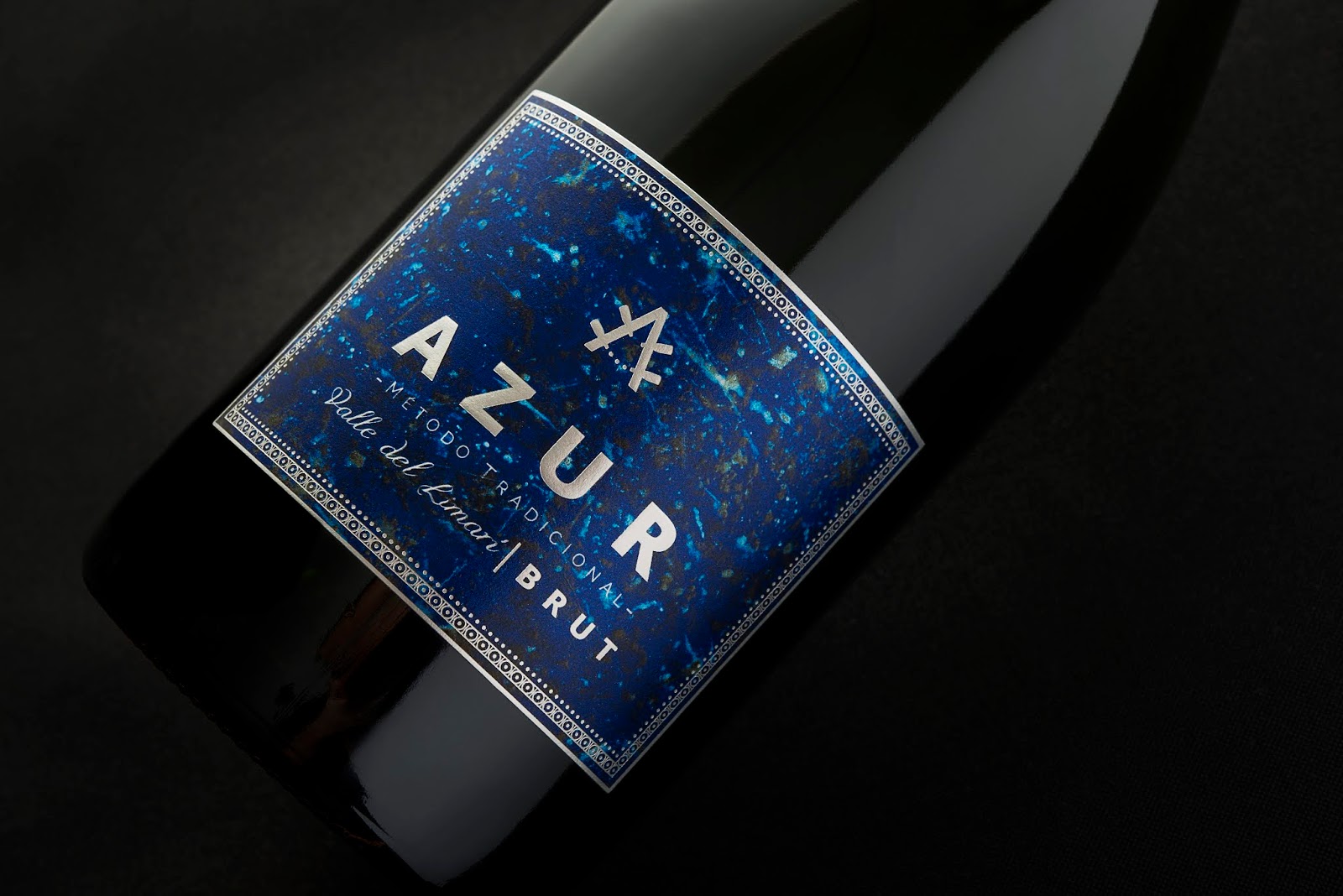 CHALLENGE:
The creative challenge was positioning the best sparkling wine, traditional method of Chile, while using the Azur label to bring to paper the essence of a semi-precious stone, which can only be found in two places in the world, Afghanistan and Chile. A stone which is furthermore regarded as the national stone of our country and recognized and valued throughout the world for its deep blue color. The challenge for a label like this is to design a transversal packaging for several markets in the world, this is how Azur de Spumante Limarí is found in Chile and Asia (Japan, China and Korea) .

In 2014, the Spumante Limarí winery strategically decided to embrace the organic production of vines and sparkling wines achieving the first full organic production in 2018. This crucial step was given motivated by the belief that organic agriculture is the best way to express the Limarí Valley unique features enhancing its climate and soil attributes, and ratifying a commitment for the care of the people and environment of the Limarí Valley through a continuous search for excellence. 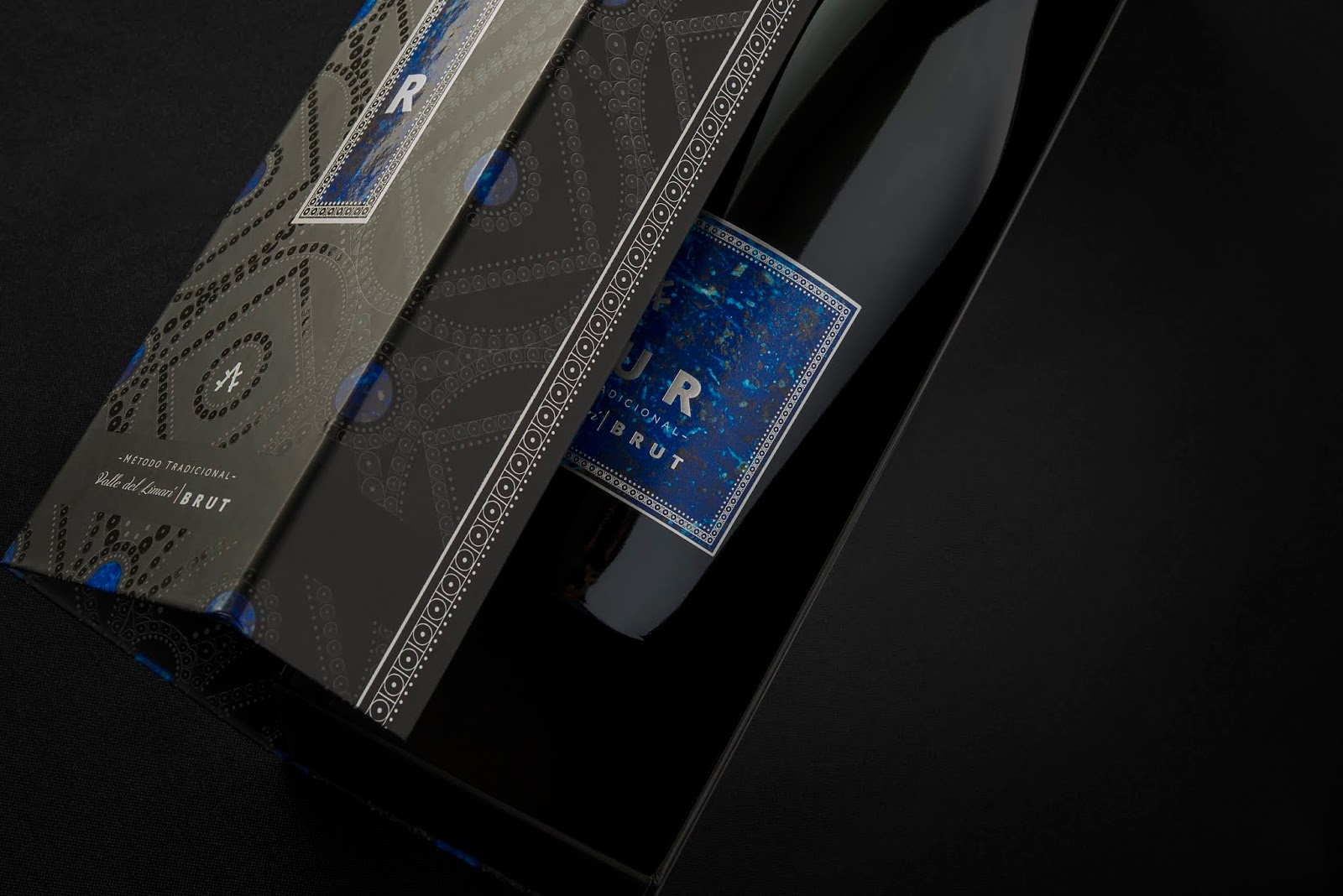 RESEARCH ABSTRACT:
Research was carried out into the process called “Traditional Method” (also known as the “Champenoise method) in the French region of Champagne. One of the stages in the creation of this sparkling wine is the “Removido”, where the bottles are placed semi horizontally on a wood surface, so that the sediments descend to the neck of the bottle for decanting. The bottles are turned manually one by one for 3 or 4 weeks, and this stage of the process is what gave rise to the logo of “Azur”.

INTERACTION/FLOW:
Azur bottles are opened using a Napoleonic tradition called sabrer: the bottle’s weakest point is hit with a sabre or short knife, which perfectly removes its neck without splintering. This magnetized packaging works in a traditional way, containing a 750 cc wine bottle vertically or horizontally. The box is designed to contain the bottle exactly. This packaging was designed to be sent to different markets, printed with all its finishes, so that it can be assembled anywhere in the world, easily and efficiently. 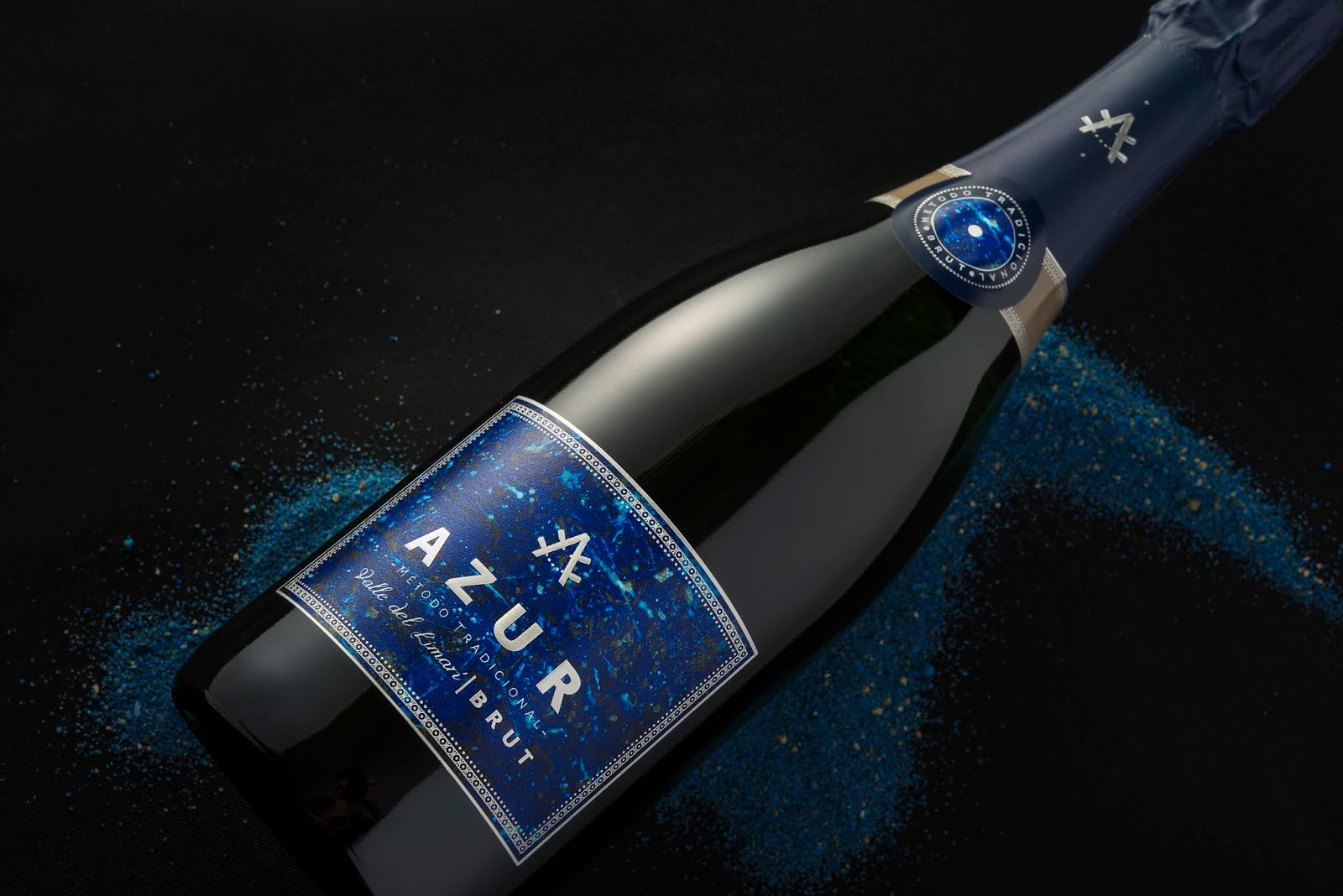 INSPIRATION:
Azur is a tribute to lapis lazuli, a semi-precious stone characterized by its exclusive blue color. It has been used as a symbol of purity, nobility, luxury, elegance, health and good luck for more than 6,000 years, since the very beginnings of civilization. For tourists who visit Chile, it is the most attractive mineral, not only because it was declared the national stone in 1984, but also because there are only two deposits in the world: one in Afghanistan, and other, the largest, in Chile, called Flor de Los Andes (Flower of the Andes), which is located at 3,600 meters above sea level, in the Andes mountain range, near the Ovalle region. The word Azur evokes a combination of the Spanish words “azul” (blue) and Sur (South). Accordingly, our inspiration in this project were the iconic Chilean blue stone lapislázuli with a texture reminiscent of the deep cosmic space and the sparkling bubbles as a metaphor for the starry south night skies. 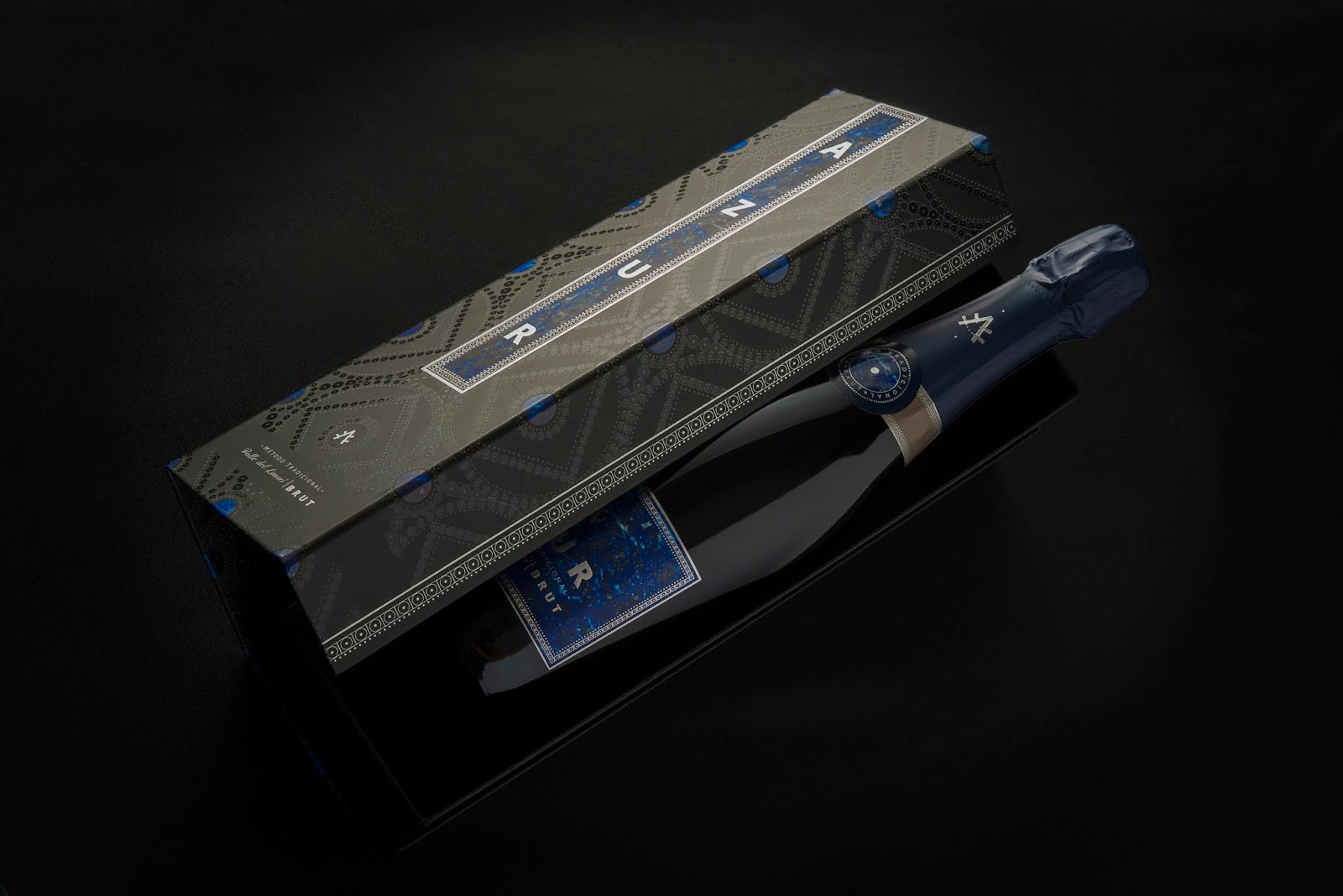