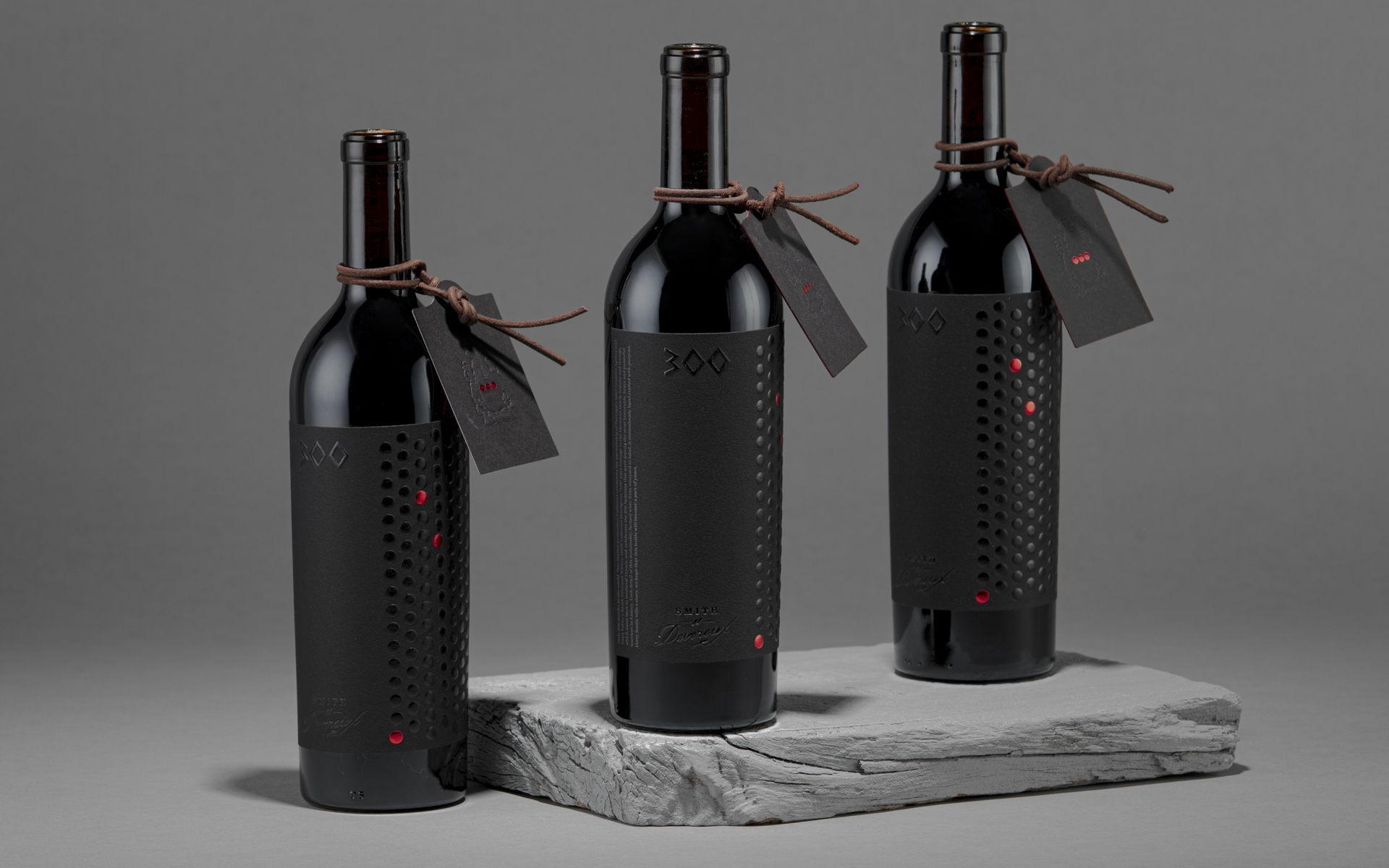 300, among the rarest bottles produced, this complex limited edition Cabernet Sauvignon celebrates the partnership formed by 3 creative minds, M&A Creative Agency’s USA and Portugal divisions, and Napa Valley’s Smith Devereux Winery. 100% Cabernet, this rich, complex, wine pays homage to the Devereux family history and lineage, which dates to medieval France.With only 300 bottles in the world, this wine also celebrates the 300 Spartans that were among the most honorable, brave, and powerful warriors in history. Each detail of this sustainably farmed wine, from vineyard to label, is meticulously handcrafted with purpose – every bottle tells a story.

Smith Devereux challenged us to create luxury packaging for this limited-edition wine to reflect his family lineage, the number 300, and the 3 partners that joined to create this project from 3 different locations. The inspiration was drawn from 300 Spartans and the battle of Thermopylae in ancient Greece, in 480 BC.

We selected the highest quality paper which emulates the core of the wine, it gives it an elegance, an exclusiveness that says, only a special few can possess one of these special bottles. The color black represents the Spartan’s armor, the front label design comprises of 300 dots, they are a symbolic vision of these brave Spartan soldiers, they also represent the 300 special limited-edition wine bottles. The 3 red dots on the front of the label were highlighted “tamped”, they are also on the tag, on the Devereux’s Coat of Arms, as part of the whole design concept, they represent the 3 partners.

The neck tag hangs elegantly as to guard the bottle, the tag’s edges in red as the V that crossed the shields of the Spartans. The tag is attached to the wine bottle’s neck with leather, signifying history, strength, and unity. The Devereux’s family Coat of Arms, hangs proudly on the tag representing the House of Devereux and it has blind embossing finishing. 300 is a design that stays true to the founders’ ethos, one that emulates the core brand value while still being uncompromising. 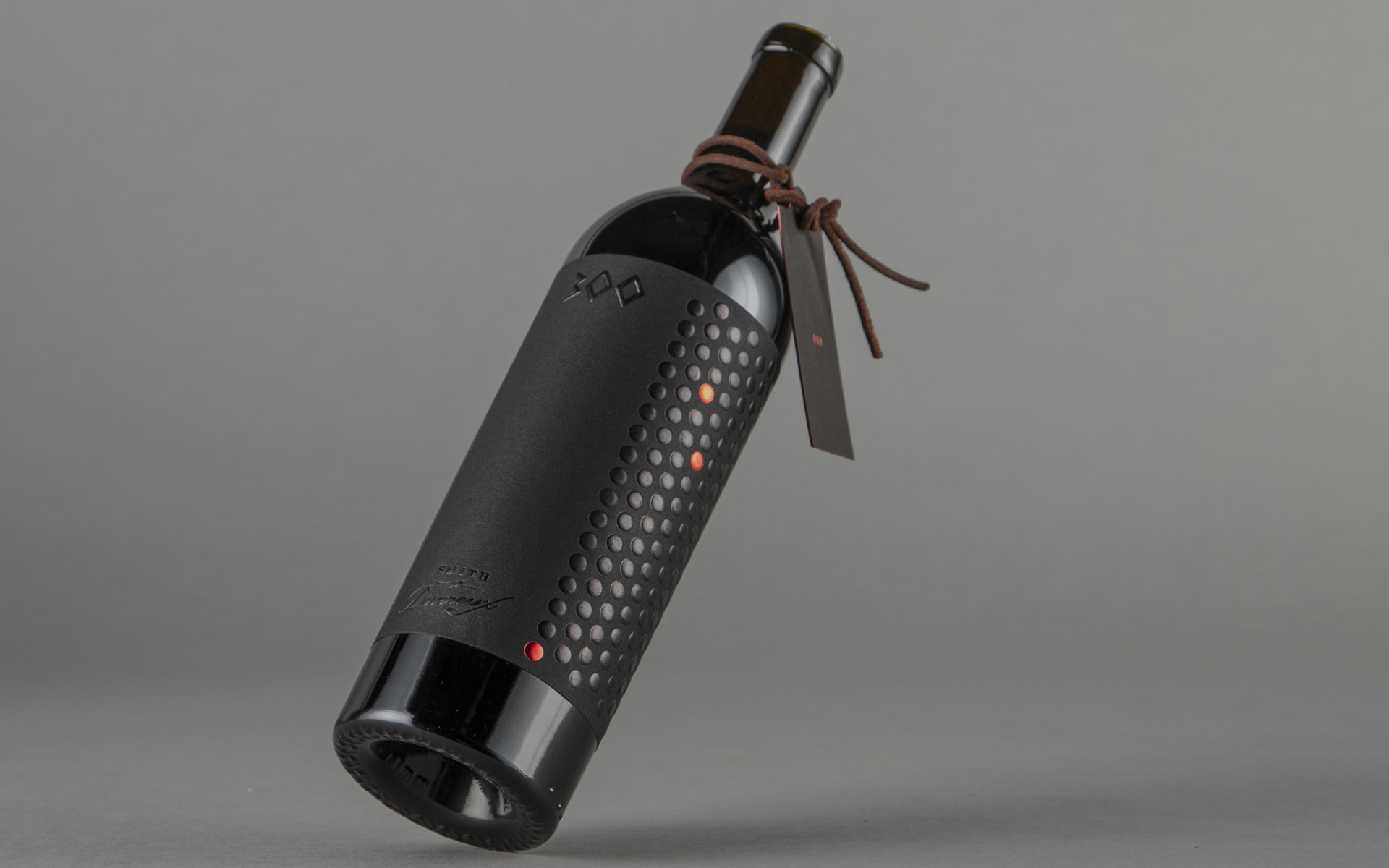 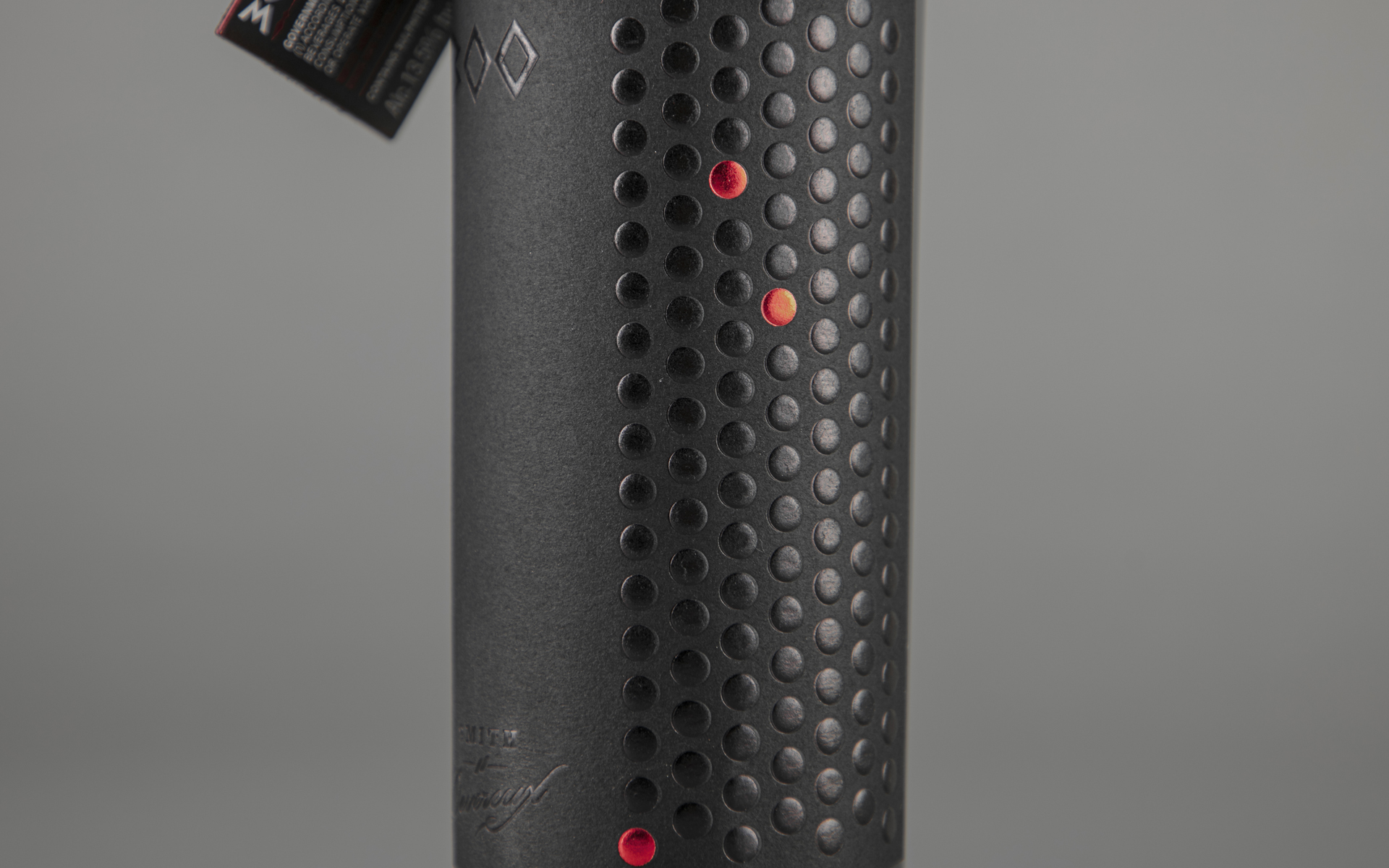 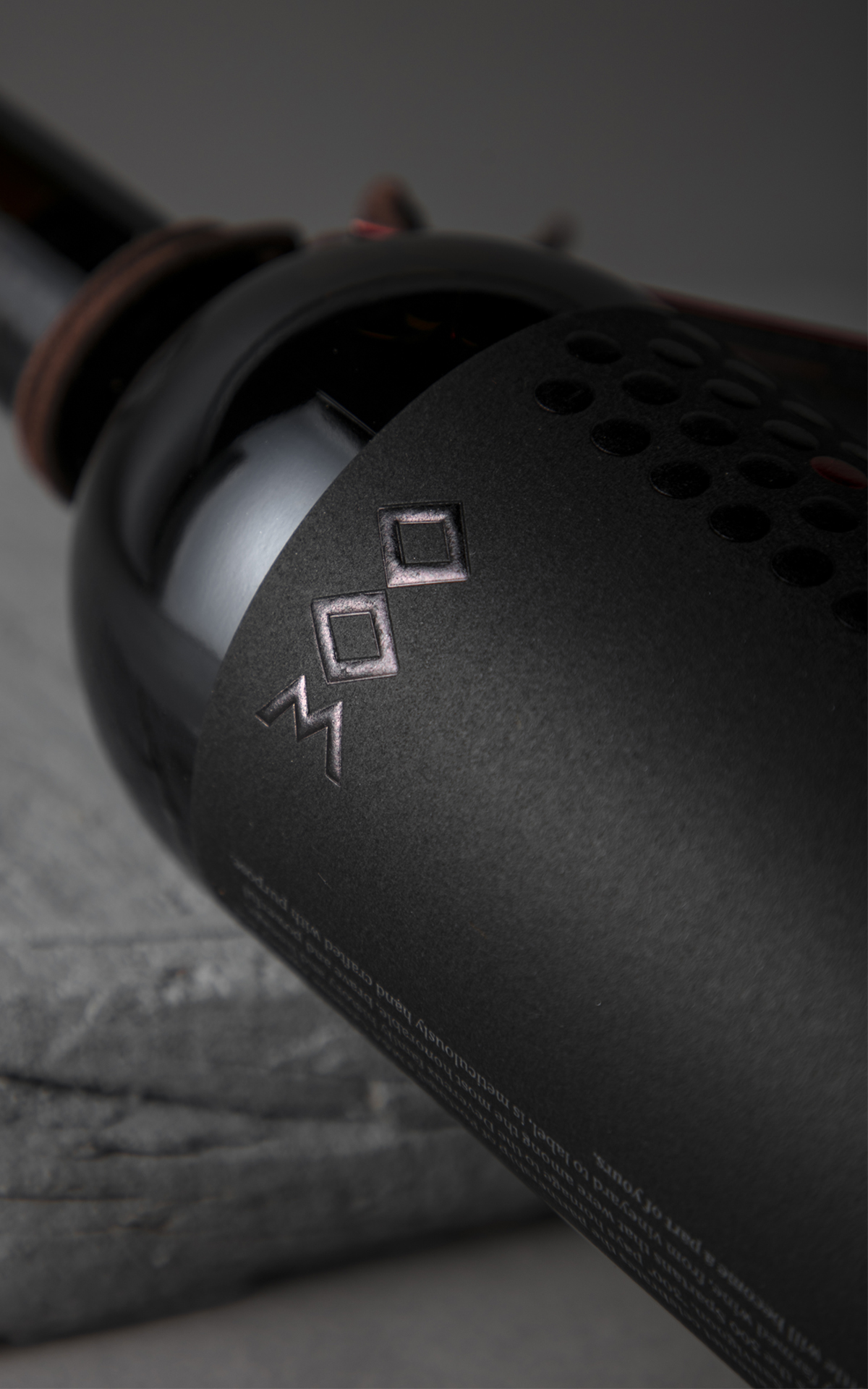 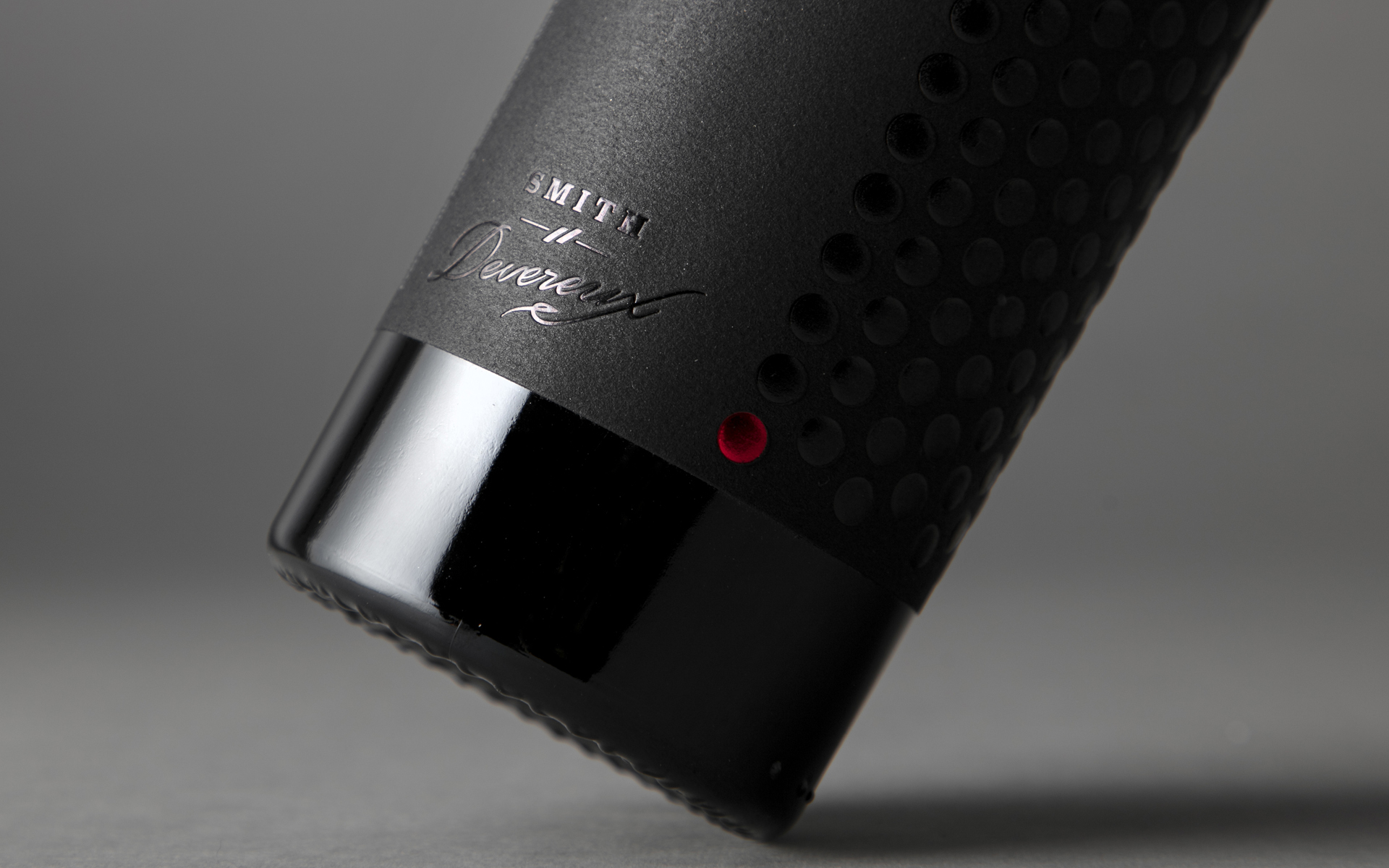 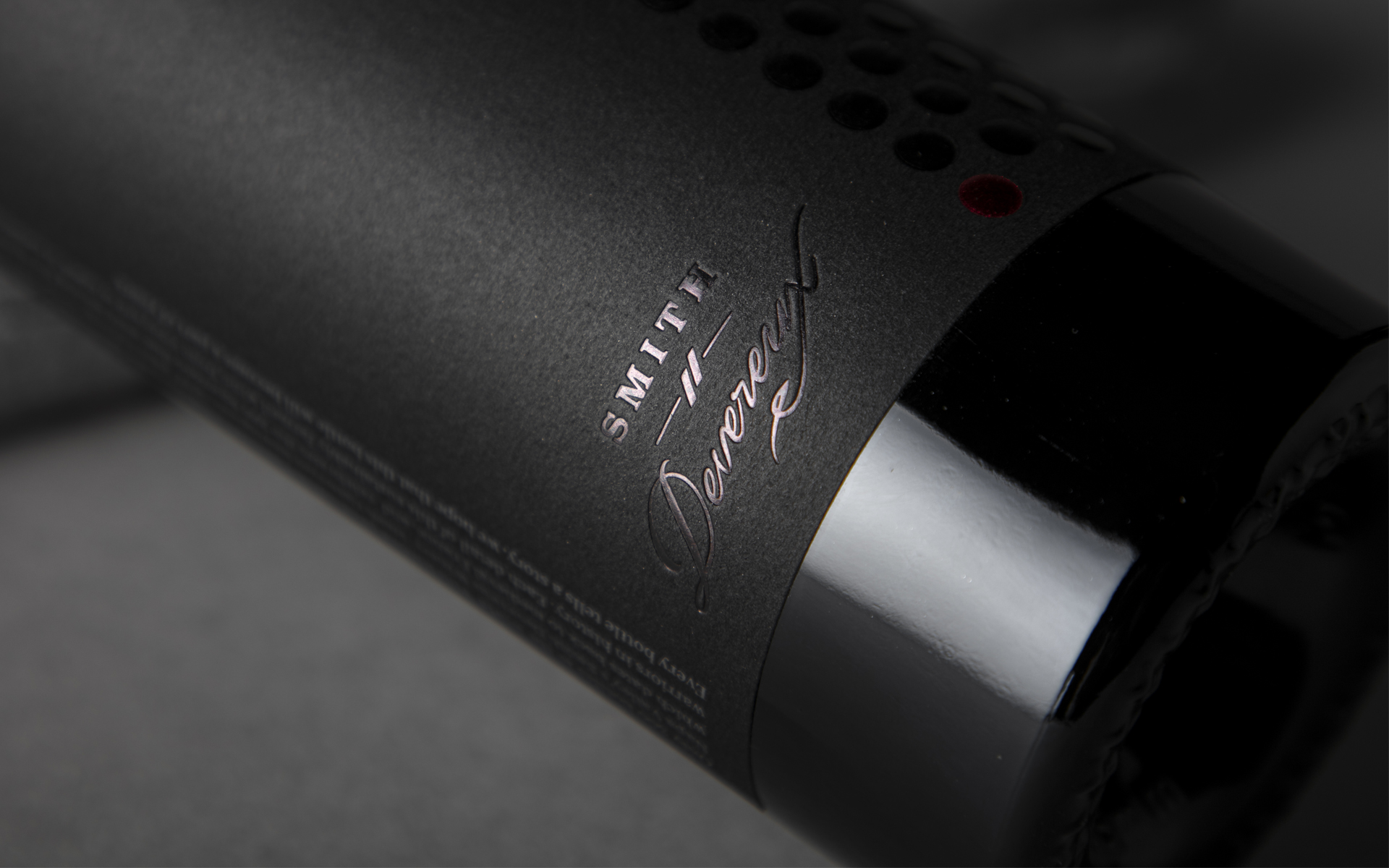 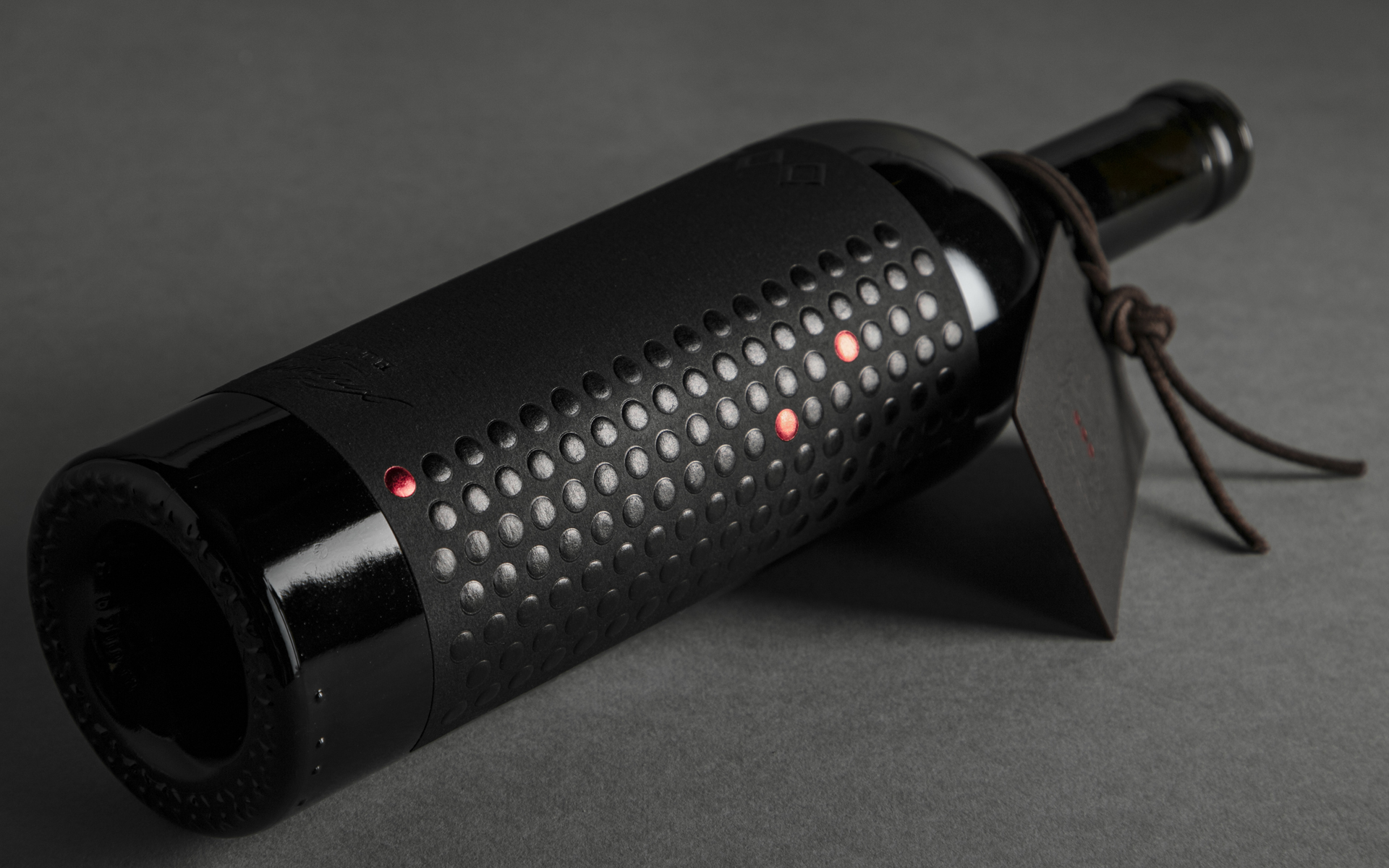 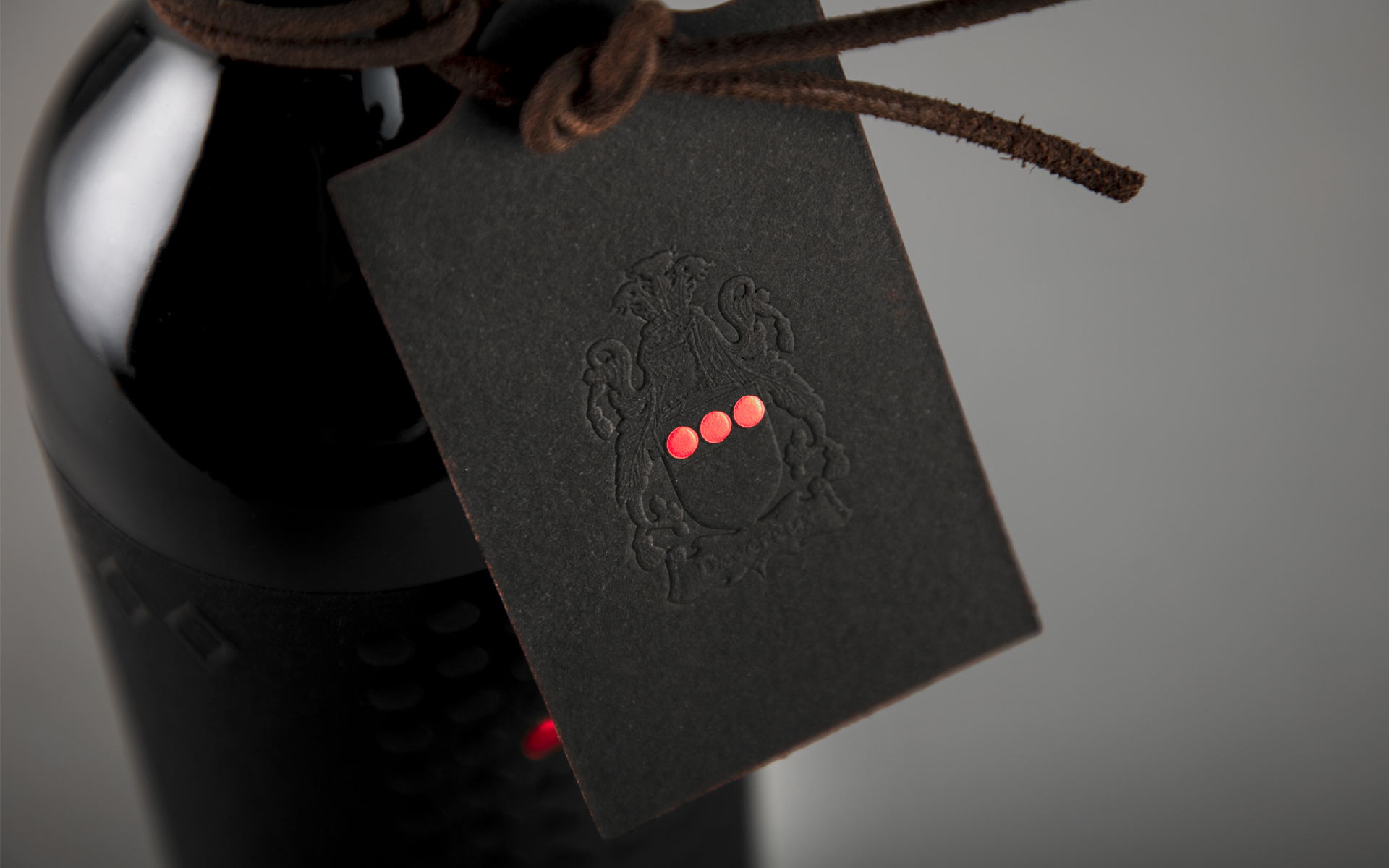 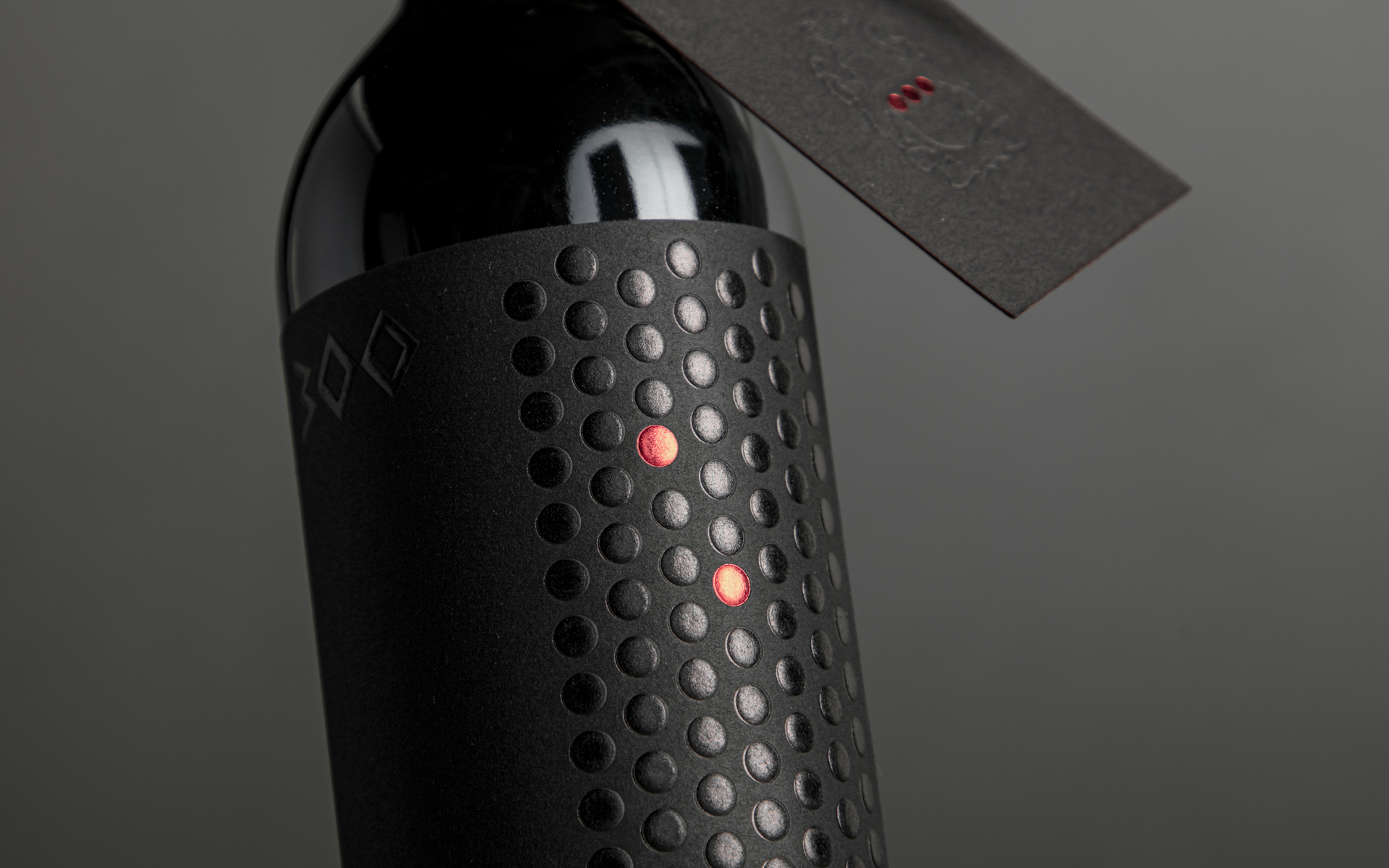 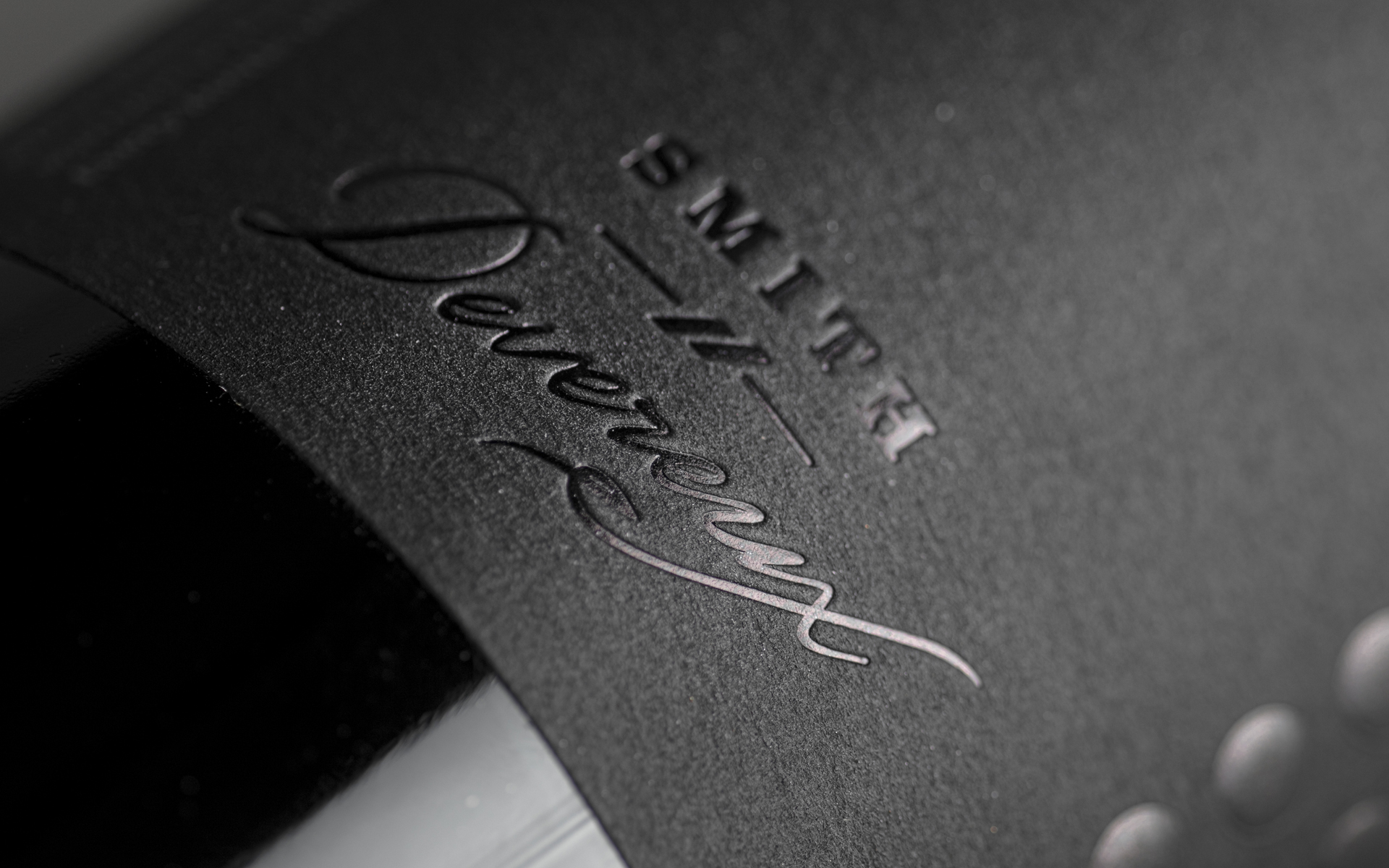 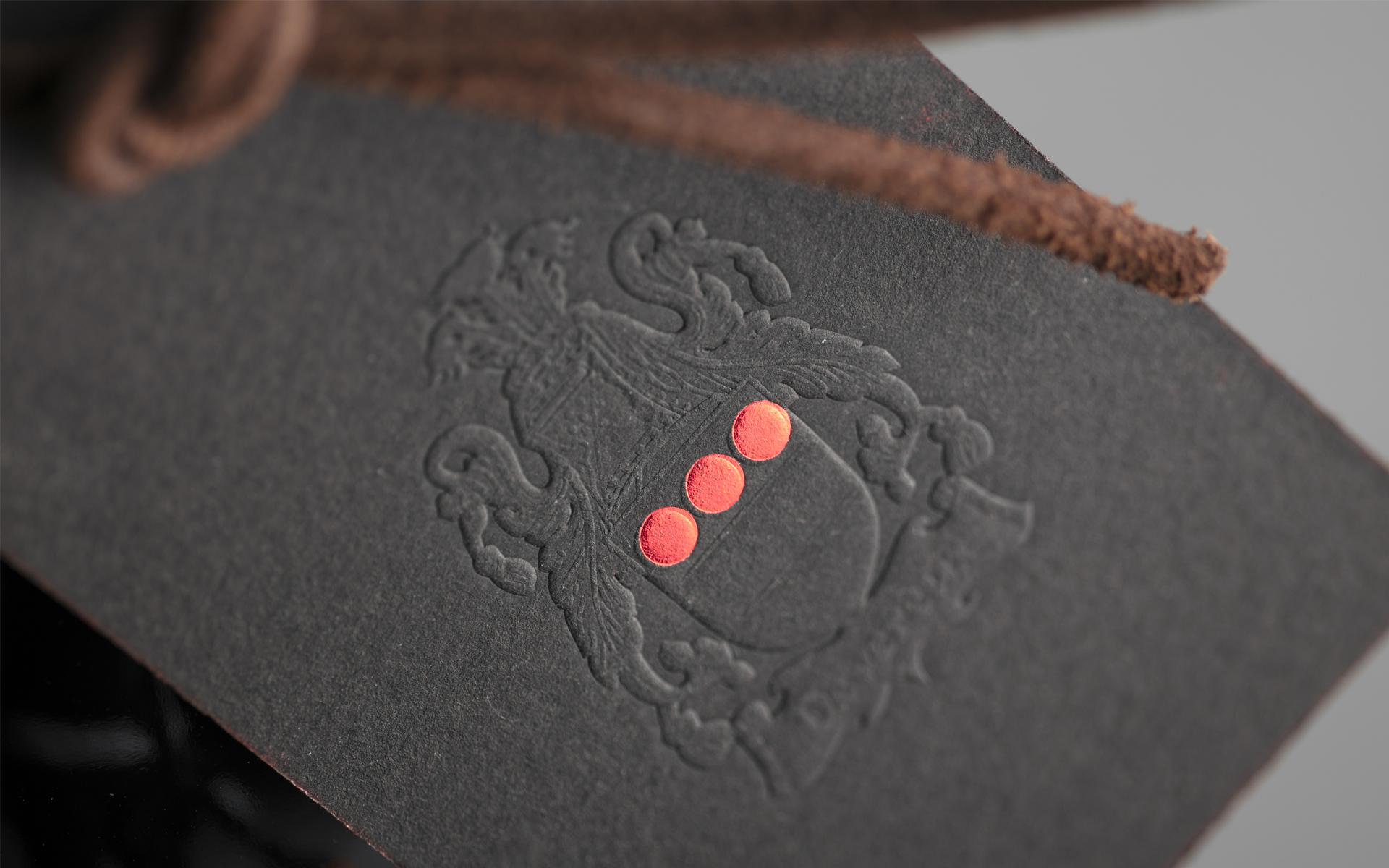 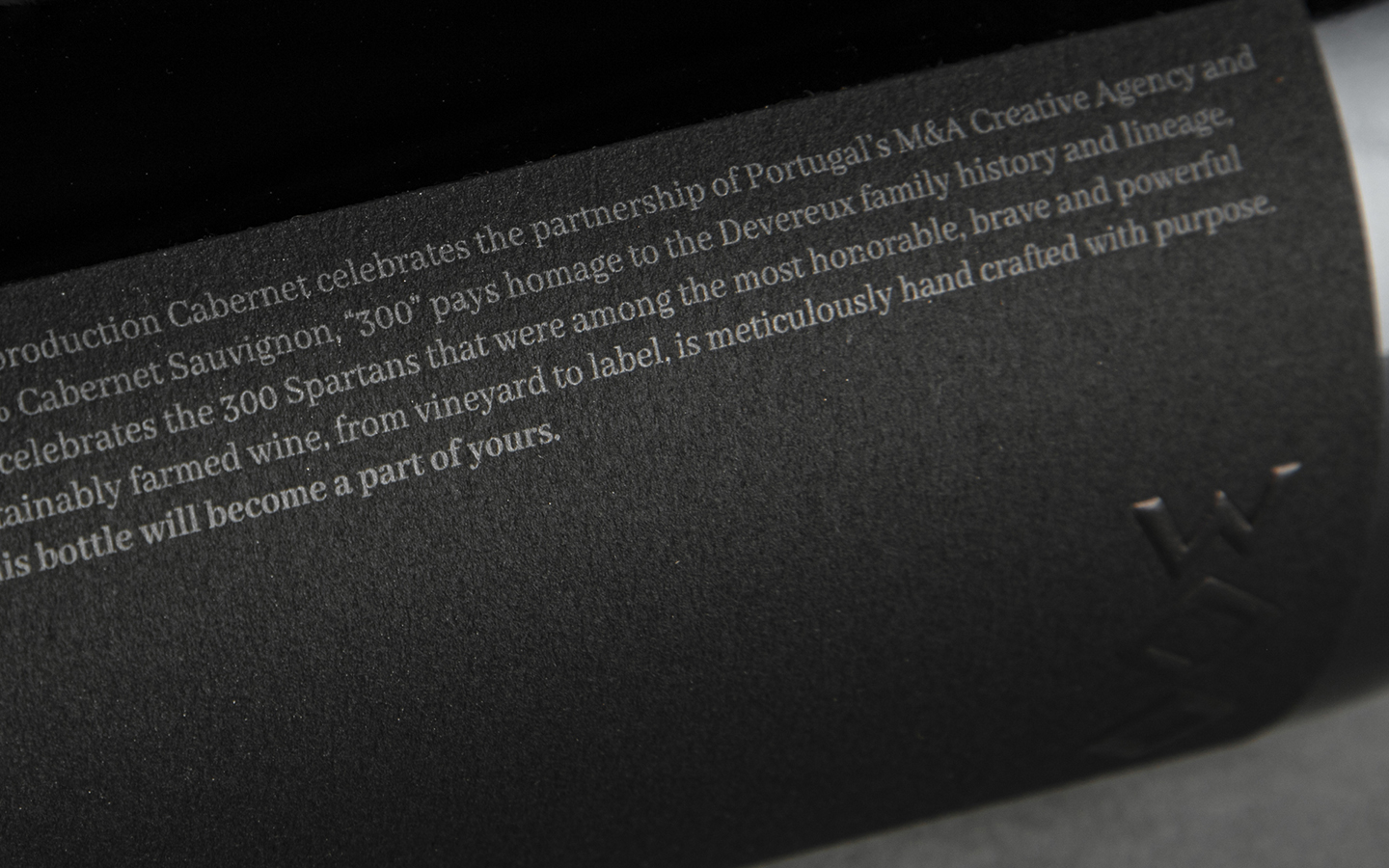