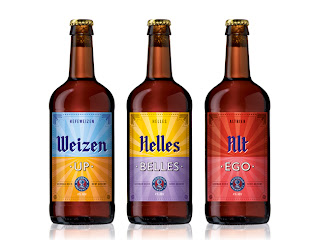 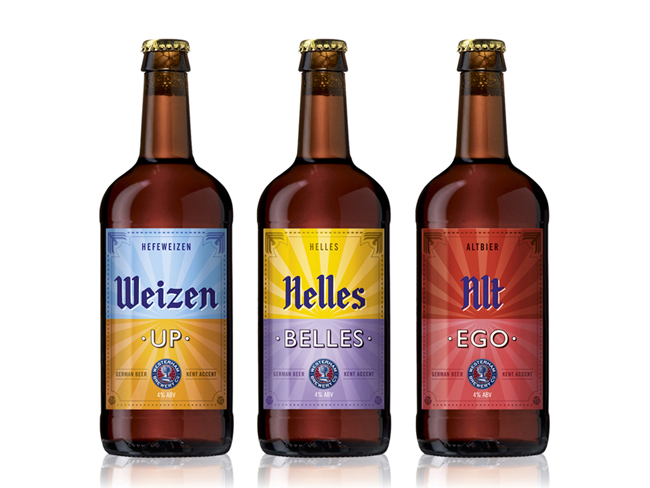 In partnership with their German friend and master brewer Markus Lotz, the Westerham Brewery brought together the best of each country’s brewing processes to create a range of German style beers.

D. Studio came up with the strapline ‘German beer, Kent accent’ to reflect the coming together of the two great brewing nations. This idea was reflected in the label design with the top half featuring hand crafted German blackletter script and border styling whilst the bottom half was a more English affair.

D. Studio also created the names for the beers, which further expressed the idea and communicated the style of each beer with an anglo-German play on words. 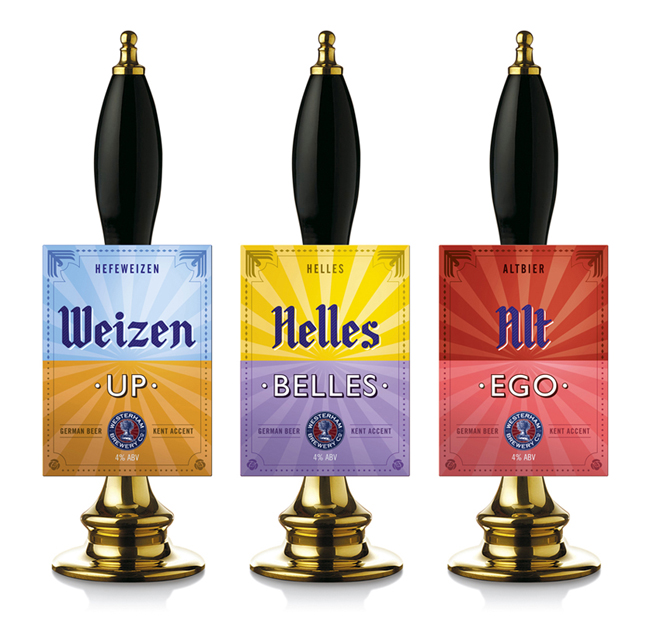