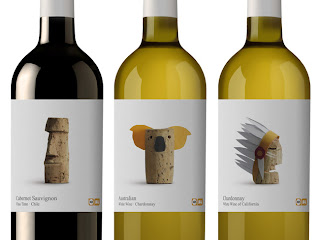 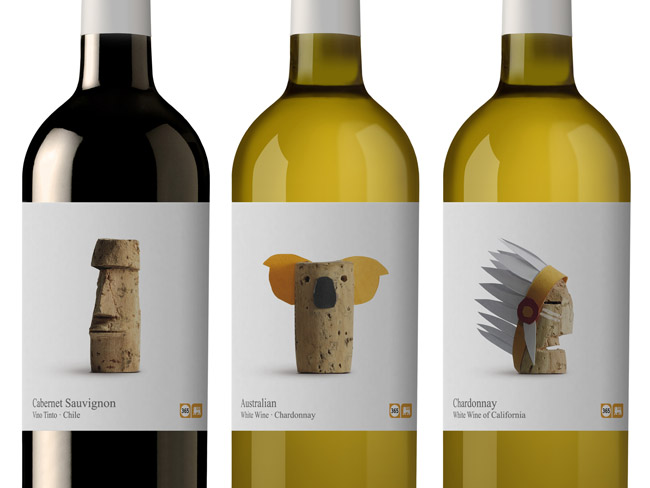 This is a range of wines that the Belgian supermarket chain Delhaize offers within its own “365” brand, which includes basic, everyday products at an affordable price.

It seemed interesting to us to communicate the simplicity of the product, since there were also other ranges of own-brand wines at a higher price. And we sought a motif or an element capable of communicating effectively. And so we hit upon the cap.

The wine cork is a sign of humility, an object of little value, often used for handicrafts, as simple, base and easily manipulated raw material with which to play, create and to serve the most unexpected uses. The use of cork as the main motif for the label gives the air of being crafted and of fun. All from something simple, typical of an everyday product.
The cork is also the element which unifies and personalizes the entire line.

The design of each label refers to the country of origin. In the case of France the different types of wine are identified by a style of French hat: the boater, Napoleon’s hat, haute cuisine chef’s hat or the kepi of a French gendarme …
And so with the same language, other sources are resolved: the Native American and the cowboy for the California wines, the elephant for the South African, a footballer for Argentine wine or the Easter Island moai for that of Chile.

The humility of a product and its low cost need not be at odds with humor, with the intent and with an intelligent public.

* DELHAIZE is a Belgium distribution chain with more than 800 supermarkets in nationally and over 1500 on the east coast of the USA. 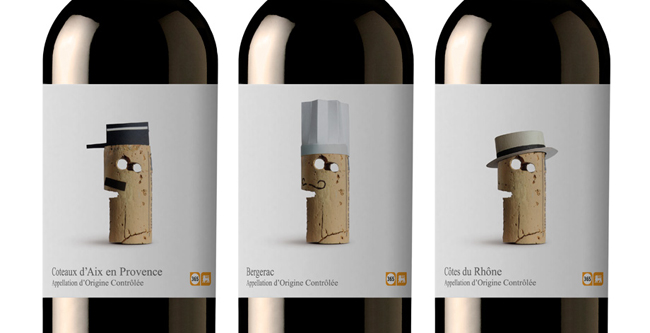 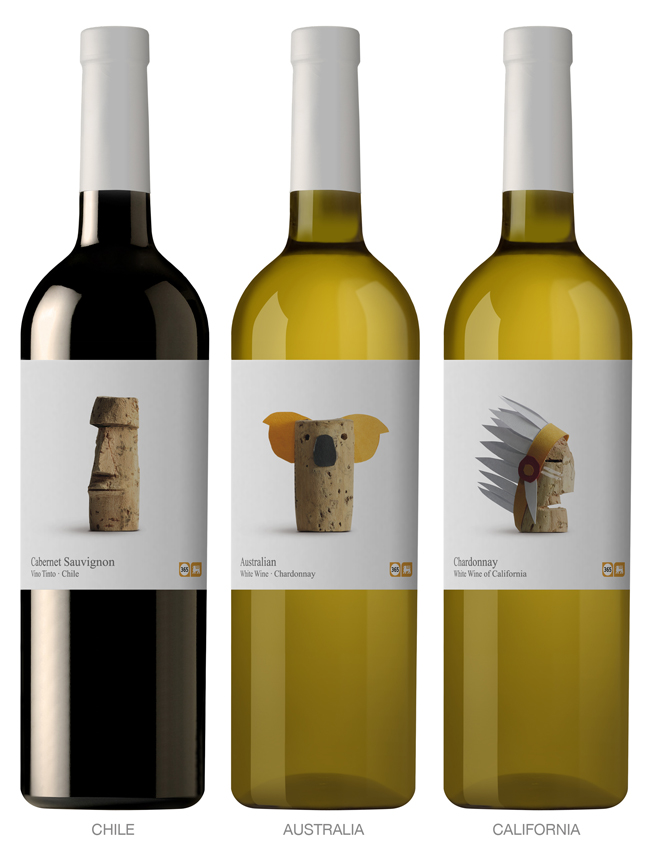 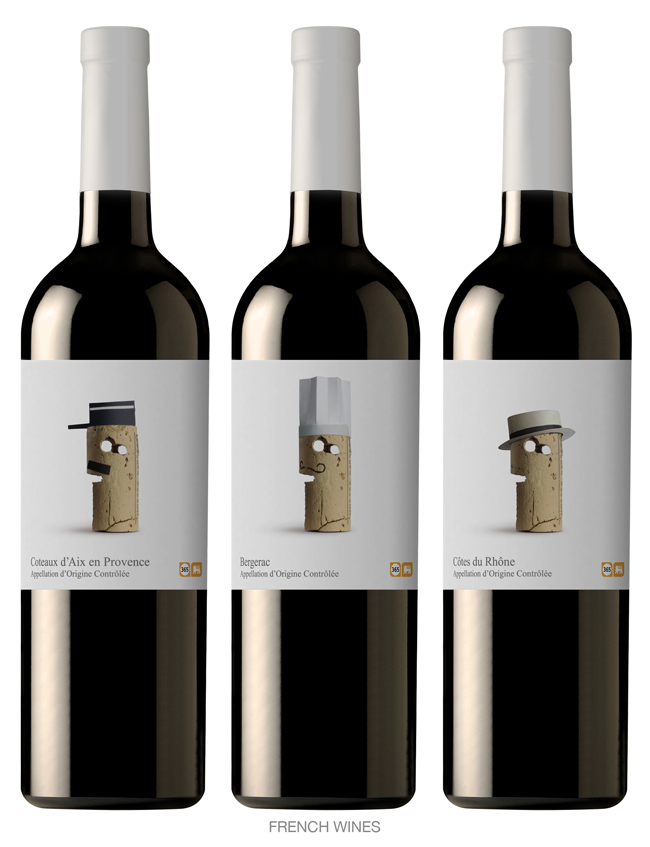 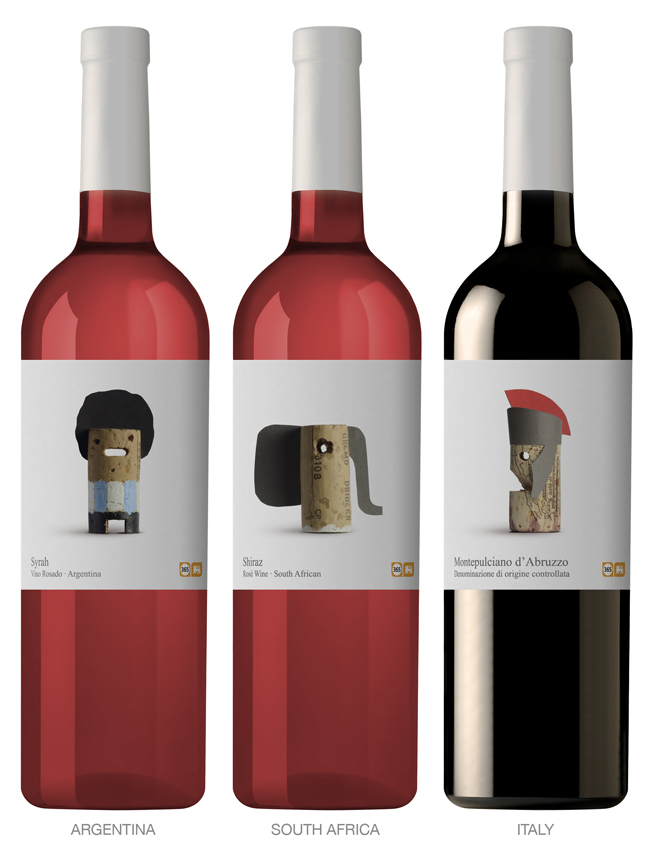 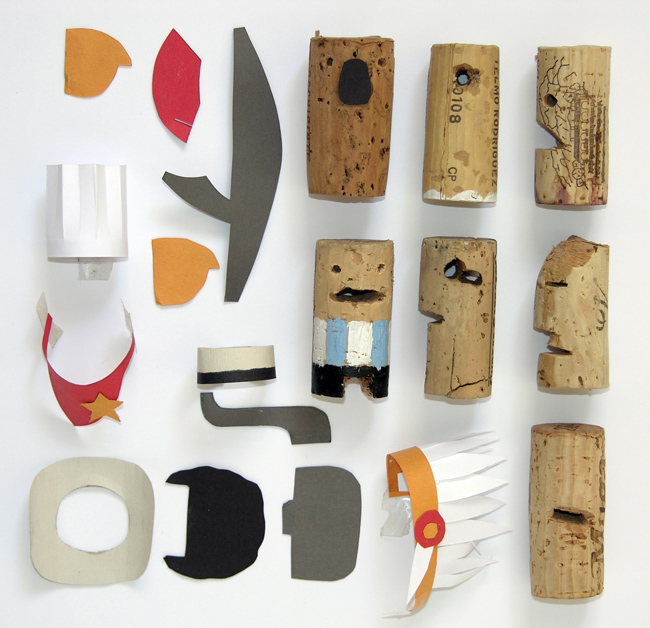 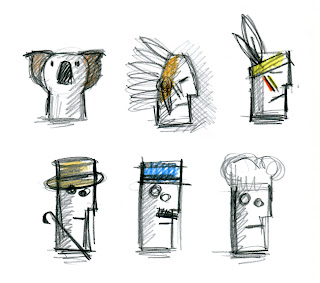