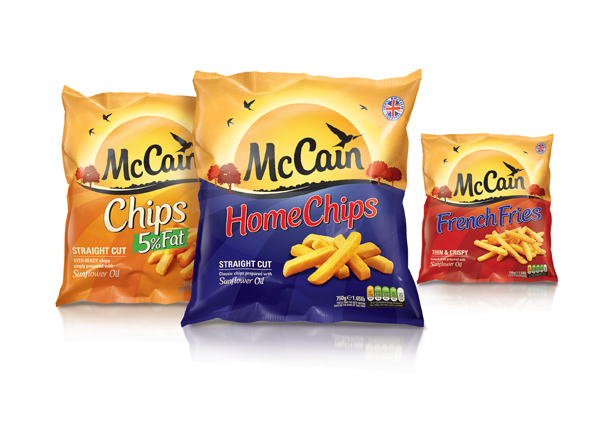 BrandOpus has undertaken a major overhaul of the UK’s number one chip brand McCain, across the entire portfolio. The redesign sees the introduction of a new logo for the brand, the first change for over 50 years.

The new identity encapsulates the natural landscape from the previous brand design and establishes the logo as the sunshine, bringing warmth to the McCain brand. The design also sees the removal of the ‘black box’ logo, which had previously remained unchanged since the 1950s.

The new brand identity is part of McCain Foods GB strategy to drive brand and category growth, and continues the partnership between McCain and BrandOpus which commenced with the introduction of a masterbrand strategy in March 2011.

Mark Hodge, McCain head of brand, said: “The new visual identity by BrandOpus will help to segment, sign-post and simplify the McCain potato products range, and reflects our move towards a portfolio encompassing more potato meal solutions, such as McCain Ready Baked Jackets, which were launched with huge success last year. The packaging has real stand out and the consumer response in research was very impressive’’.

Paul Taylor, executive creative director at BrandOpus, comments, “We were challenged by McCain to imbue their brand identity with new meaning. Establishing the sunshine as the new symbol for the brand  reflects the warmth & positivity of a natural world that will ensure the consumer reappraises the role of the brand.”

The new packaging is appearing in-store from this month. 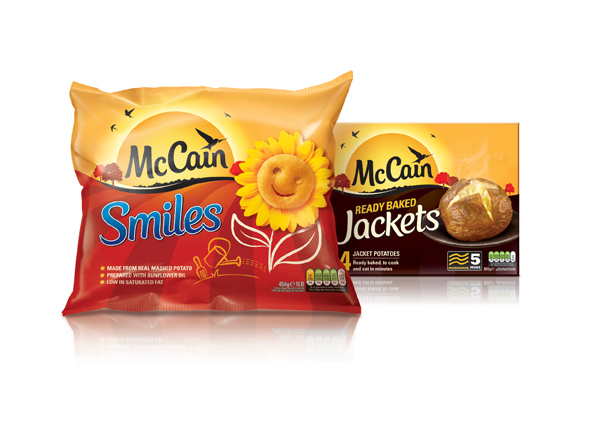 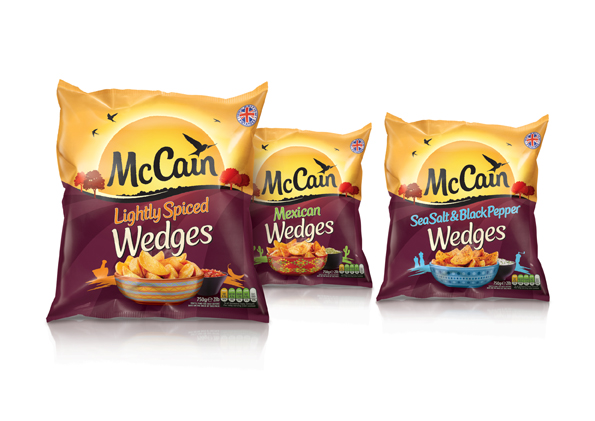