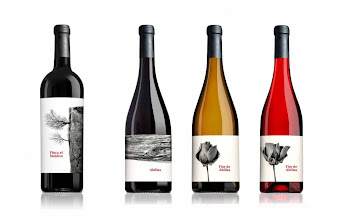 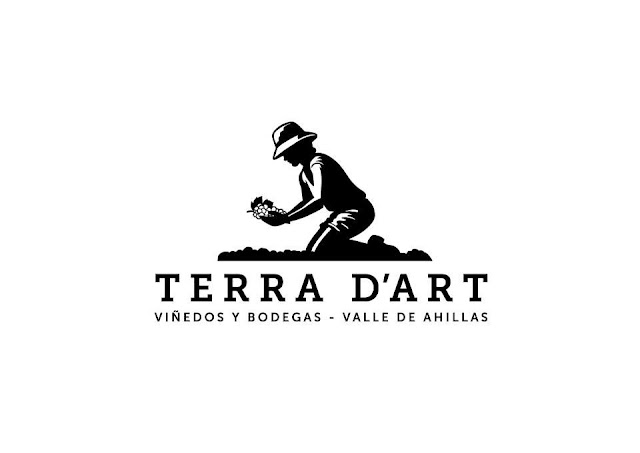 Valencia, 27th of May 2014. Juan Martinez Estudio has designed Terra D’Art corporate identity, a small family business about the independent winery. It’s located in the Valle de Ahilas, between Chelva and La Yesa, within 70 kms from Valencia. The business wanted the branding to inspire same as the wine: a special production, handmade, which brings a different flavor to each of their products. In short, a distintictive brand identity for a original and unique wine.

Terra D’Art vineyards are located in the Valle de Ahilas microclimate, a field reaching between 850 and 1200 meters in height. That enhances the wines with a characteristic savor allowing this winery to boast about its own identity. The area has been cultivated since the Muslim era in Spain and reached great splendour, but the vines were almost abandoned. The Martinez Palmero family decided to vivify this field and create a new range of independent wines. To that end, they have took advantage of the area’s grape variety known as Merseguera with which they make white wine. This variety captivated Joseph Bonaparte, Napoleon’s brother, who was a great white wines consumer from this area in the Eighteenth century.

These characteristics were actually the key of creating a full identity which reflects the nature of its owners. It was when a concept and an image was born with a symbol made by Paco Roca. “We wanted to reflect that this a winery takes care of the product, handles it with consideration during the whole process and is completely handcrafted. Paco’s illustration is based on one of my pictures and it couldn’t be more faithful to the original shot. It is Casandra Martinez, one of the owners working in the last grape harvest.” says Juan Martinez.

The brand came up from this image which is actually Terra D’Art’s identity and the queen in the different applications: like business cards, stationery, leaflets and even on the boxes used for picking grapes. The brief wasn’t just about branding, it asked for: naming, graphic applications and even the labels for each wine. The name comes from the village called Ahillas. For many years, Ahillas Valley lived off their vineyards cultivation, selling bulk wine. But for some other years their lands were almost abandoned. Currently just about 20 people are living in Ahillas and almost half of them are artists of different nationalities. The owners of the winery asked me a name that somehow exemplify the art of this area nowadays.” says Juan Martinez.

The stationery tries to have its own corporate personality as possible and fitting within the brand’s values. “Our intention was to bring the same nearness and affection that this family brings to their winery, their wines, their dedication, and it was the reason that took us to try to fully customize all its graphic identity. And therefore, leaflet and business card have their own photos during the last grape harvest. As a way to upraise their work, their proximity and simultaneously identify them quickly.” concludes Juan Martinez.

The wine labels, four different designs at the moment, hint at the designer’s creativity and his personal touch: the photography. “First we noticed that no one had any wine bottling with the town’s name so far. Then, we decided to name the classic red ‘Ahillas’. Rose and white are named ‘Ahillas Flower’, while Reserva, the most expensive wine of the series, is called ‘Finca el maldito’ in response to the area where it is grown. wThe four labels have a different photography took at the studio and showed in black and white” says the designer. “Like wine which has a production process and a maturity in the barrel, we left some flowers to get old and photographed the beauty of the passage of time. The wood of red wine has the same process: we aged the wood leaving it the open” says the designer. 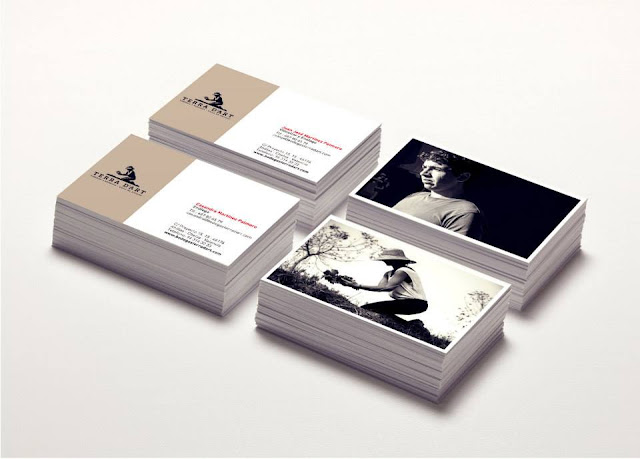 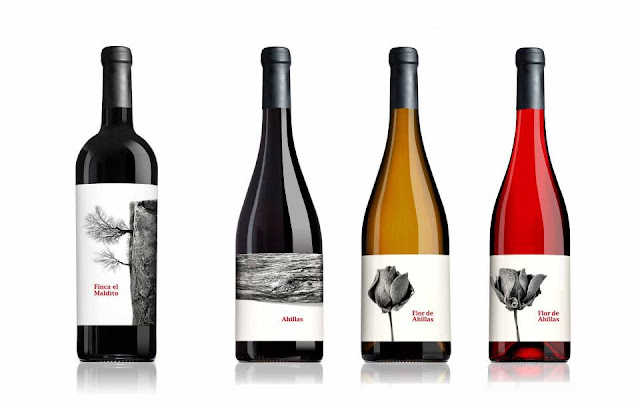 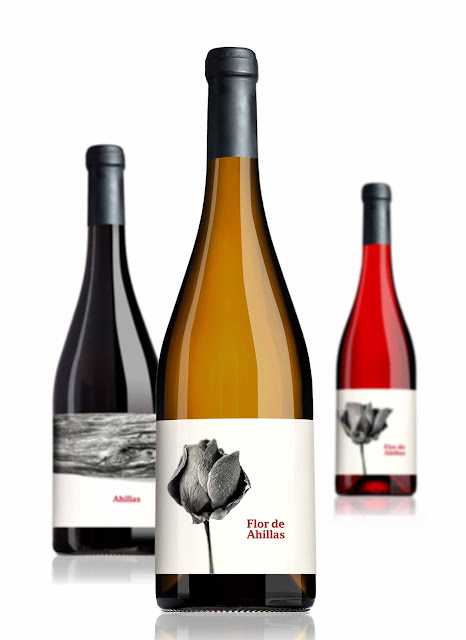