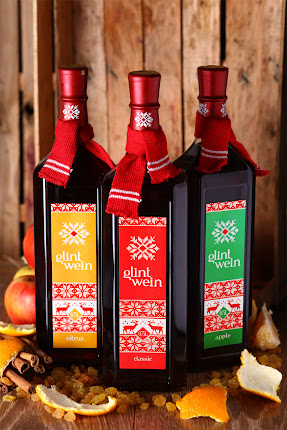 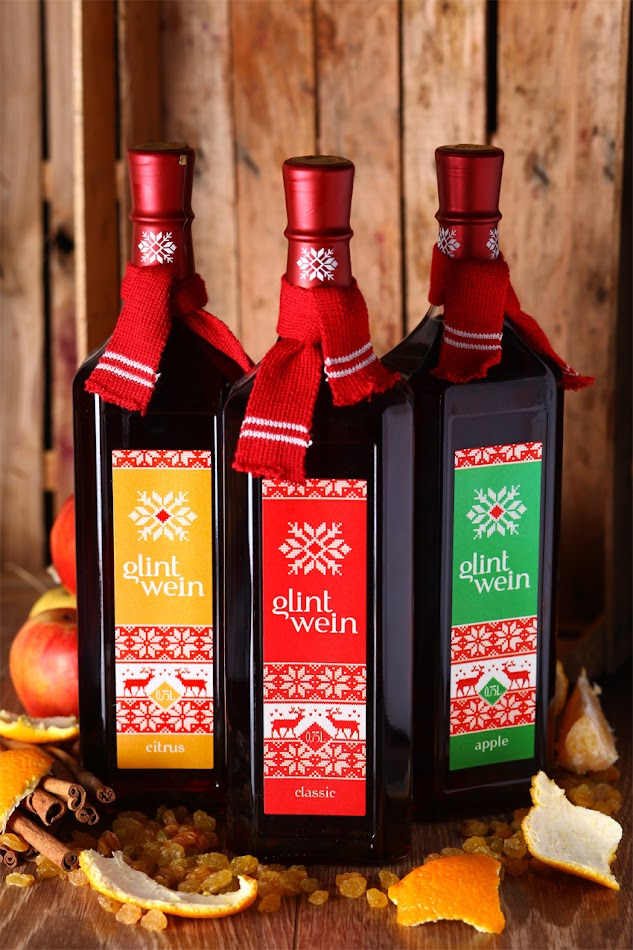 Design of a series of mulled wine – Glinwein

In many European countries the Gluehwein (mulled wine) is a traditional Christmas beverage. Its one of a kind aroma often spreads all over the festive fairs on Christmas Eve.

The first recipes of mulled wine were recorded in Rome, when spices were added but without heating. The present hot wine as it is known today had appear in Middle ages at Central and North pars of Europe.

In nowadays Gluehwein is associated with warmth of a winter evening among familiar friends. We tried to transmit exactly this feeling of homelike and warming aroma of cosiness for the series of label design of mulled wine. To achieve a desired effect we used a classic pattern that is widespread for knitted sweaters. The final product is improved by a knotted little scarf around a bottleneck. Wine range is presented in assortment of three tastes – citrus, apple and classic, which is divided by a scale of colours. 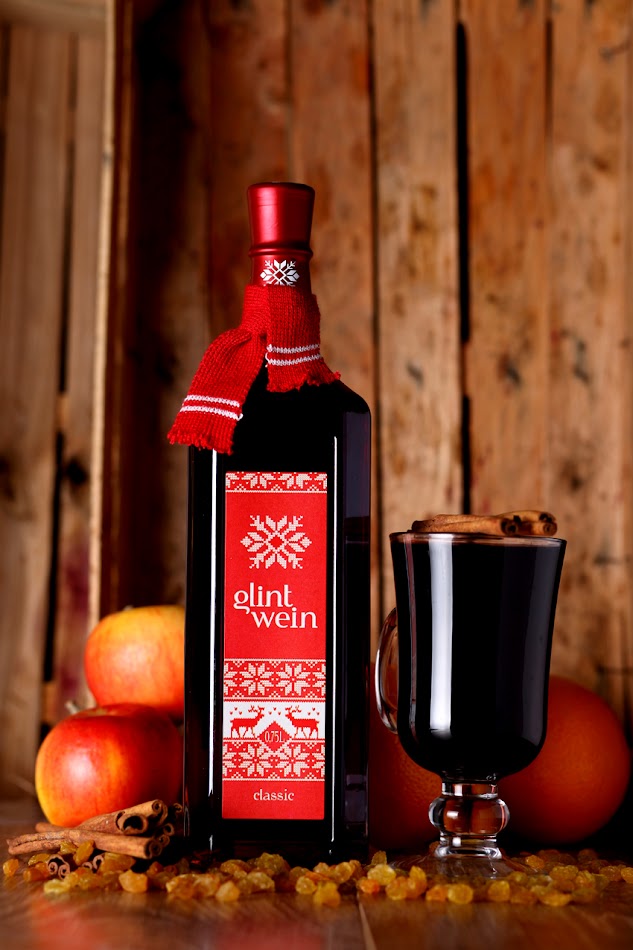 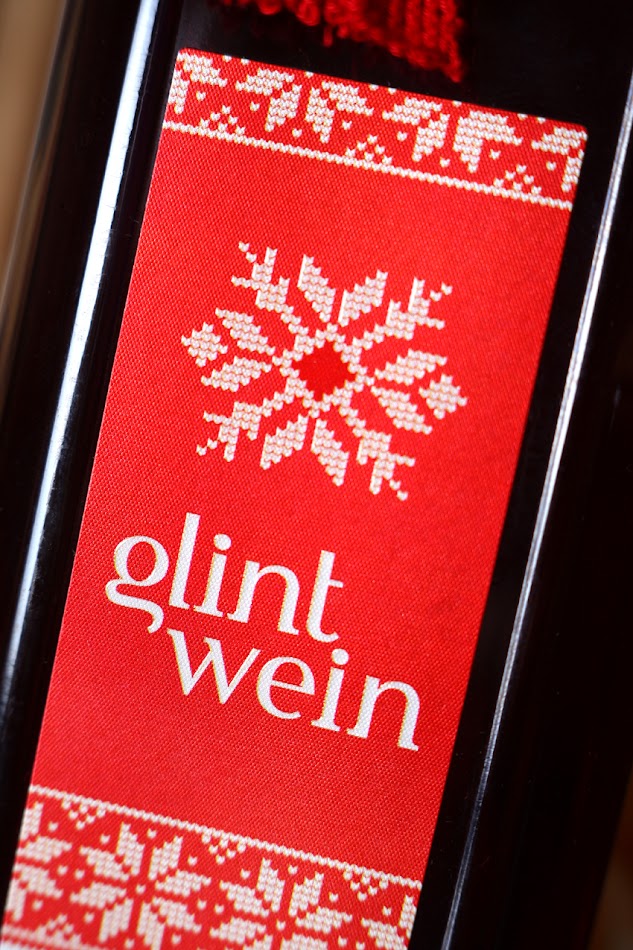 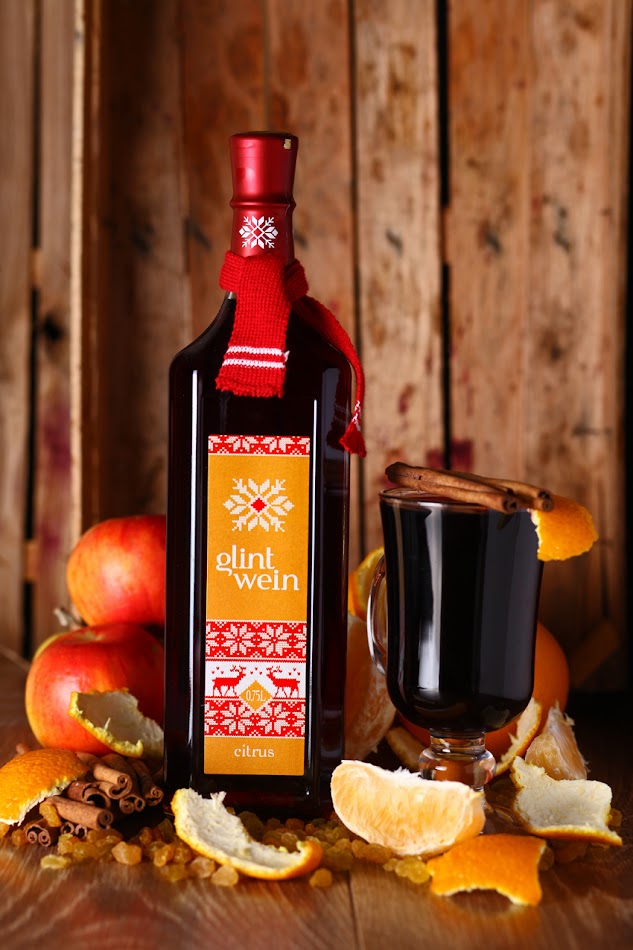 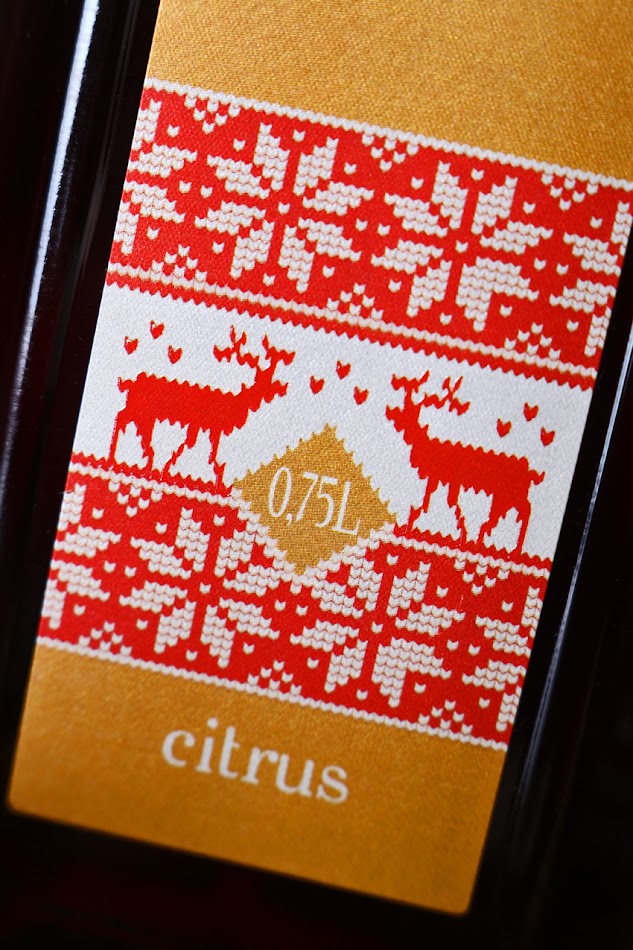 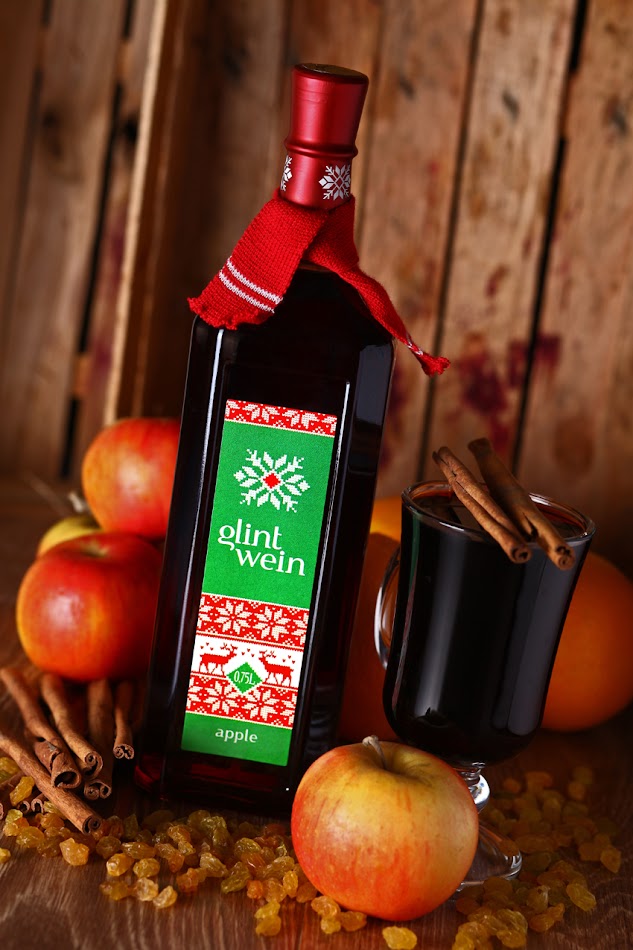