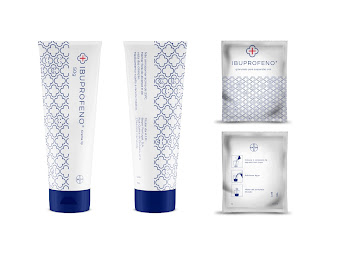 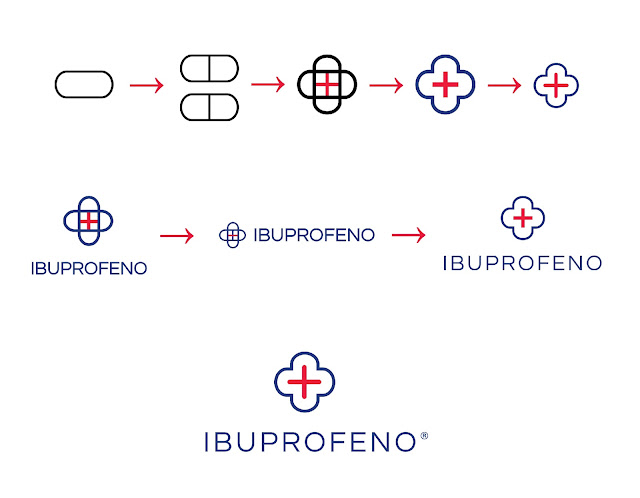 This project was based on a rebranding exercise for a generic drug (ibuprofen or diclofenac), respective packaging (pillds, sachets and cream) and also a publicity poster/mupi. Ibuprofen was the chosen drug, which treats diverse types of pain such as muscle pains, headaches, toothaches, throat pain and other clinical conditions. The logotype is established by the intersection of two pills (in it’s simplified form) shaping a red cross.
The concept is founded by the representing of sickness (red) and cure (blue), which can be confirmed by the pictograms used on the patterns. The pattern is made from the logotype symbol and is complemented by the use of pictograms, whose expressions are influenced by the colors used.

About the packaging, the red pattern is on the outside (whoever buys or picks up a box of ibuprofen it means they’re sick or unwell in some way), in the inside the blue pattern is used (whoever opens the package to take ibuprofen it means that they’re going to be cured). Various packages were created: one with 10 pills (travel format), one with 60, another with 15 sachets and lastly one for a 50g tube of cream. 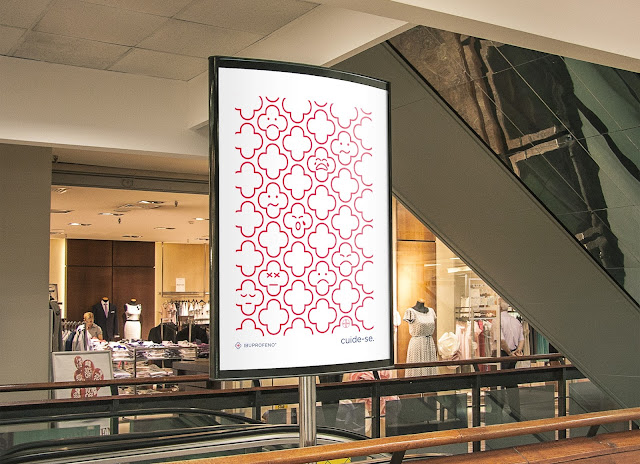 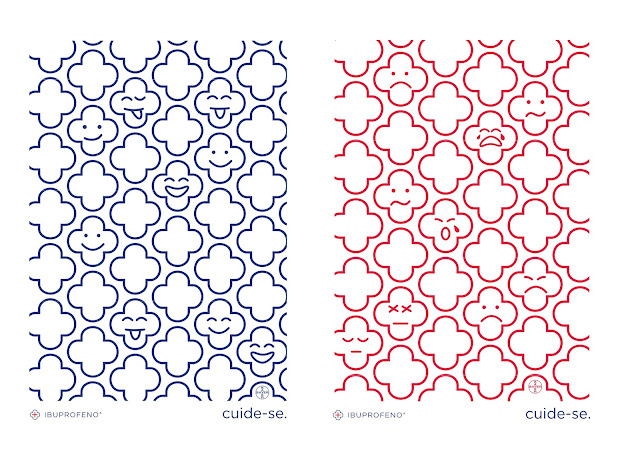 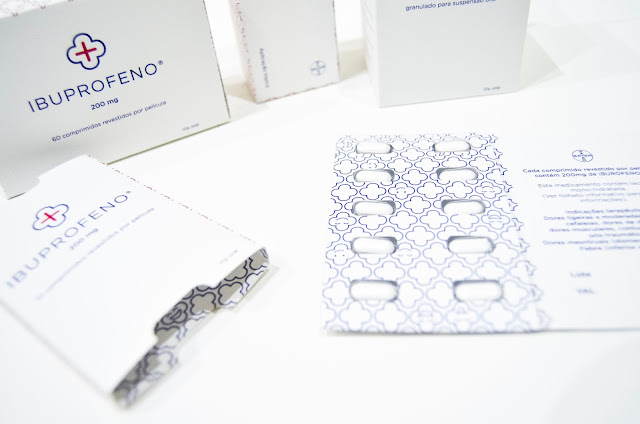 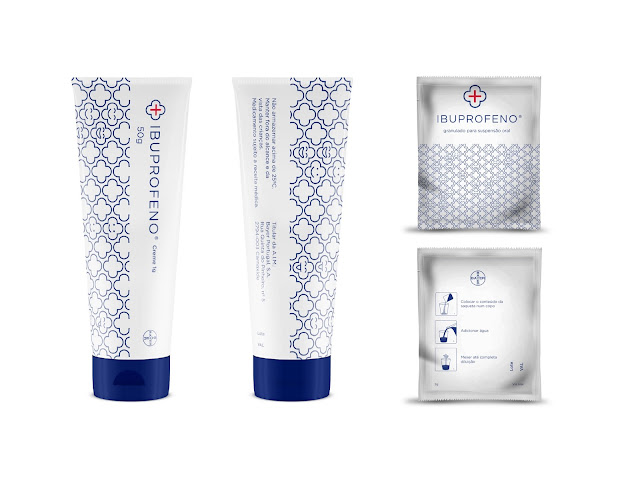 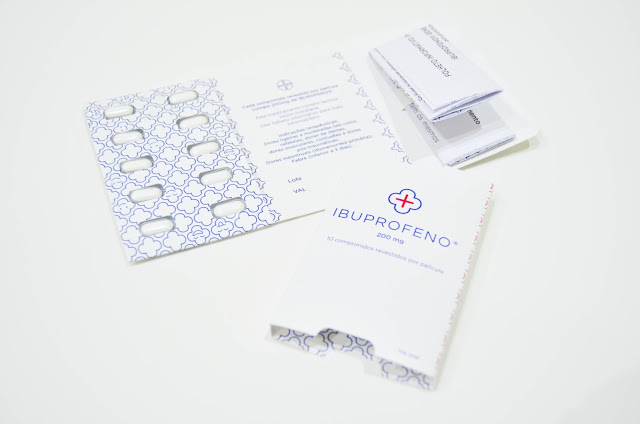 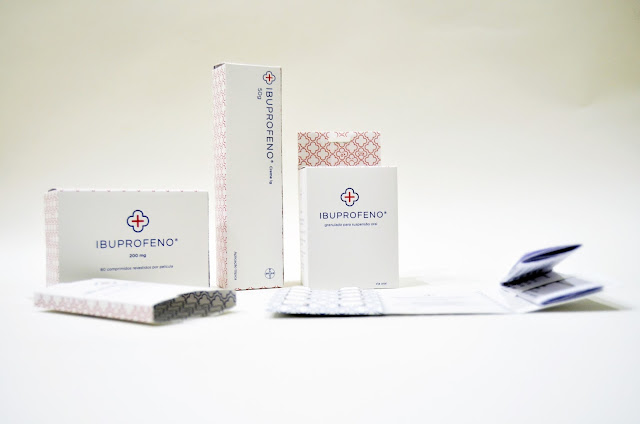 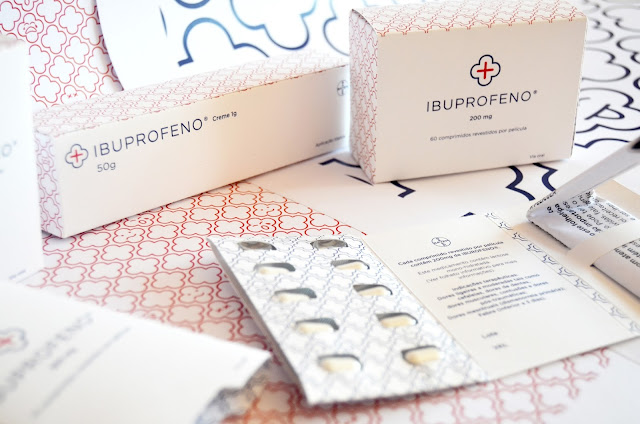 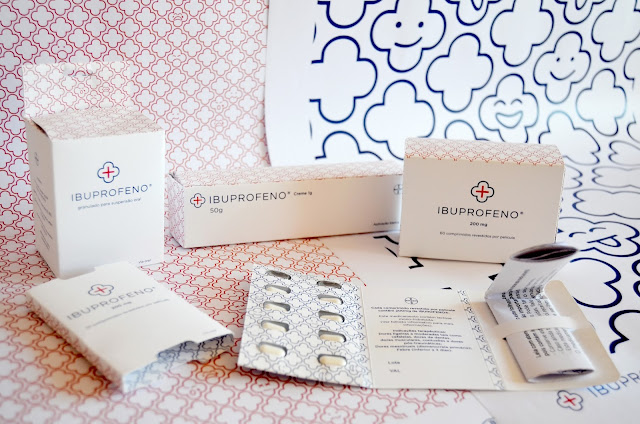