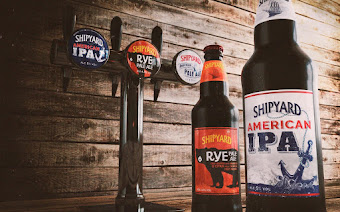 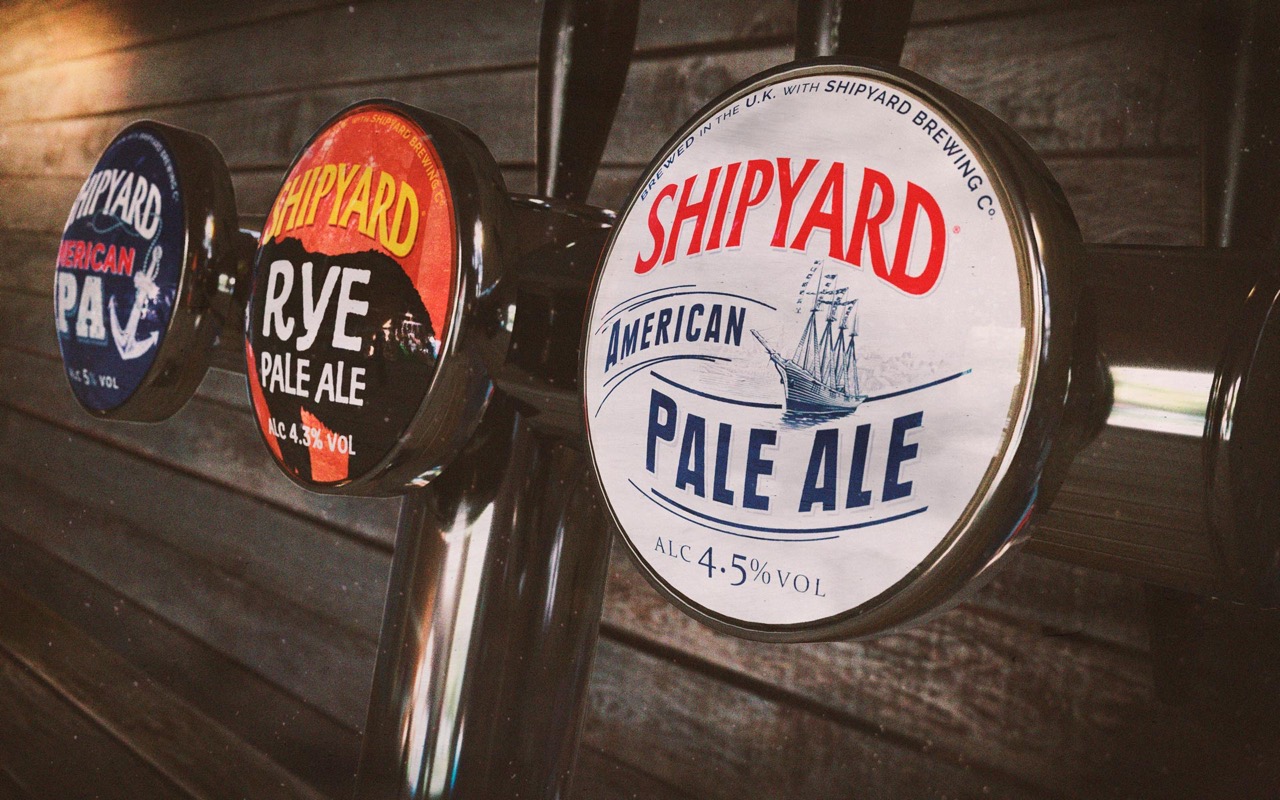 JDO develops ‘crossover’ craft beer for Marston’s
JDO Brand & Design has created a new brand identity and packaging designs for the Shipyard beer range, working with Marston’s who hold all rights to the brand in the UK. The Shipyard brewing company has been making award winning, hand crafted beer in Portland, Maine in the US for nearly 20 years and its collaboration with Marston’s began in 2013.

With the launch of the first permanently available Shipyard American Pale Ale in May 2013 and American IPA in 2015, Marston’s partnership with Shipyard has gone from strength to strength. Following the success of the brand in the UK, Marston’s identified an opportunity to develop the brand further and increase the range to satisfy the thirst of British drinkers for American craft beer.

JDO’s challenge was to unlock the potential of the Shipyard master brand through brand extension opportunities and a new look for the brand. The agency was briefed to make ‘Shipyard’ the umbrella to brand extension routes and communicate its authentic American heritage whilst making the provenance and collaboration with Marston’s clear. The team was also asked to give the brand more obvious ‘craft appeal,’ allowing Shipyard to become the entry point into craft beer for new craft consumers.

Shipyard had been sold as IPA in bottle and draught and as APA in draught only. Part of the brand task was to clearly differentiate the IPA and APA variants to aid consumer navigation of the range. The new range comprises updated designs for IPA and APA in their original formats as well as the new Rye Pale Ale in both bottle and draught. Further beer styles and additional packaging will follow.

Malcolm Phipps, JDO design director commented, “We’ve rooted Shipyard back into the craft category and kept it close to its genuine American heritage. It’s a great authentic craft beer and we wanted to fully realise the brand’s potential and capture the personality and the quirkiness of the range.”

Thom Winter, Shipyard brand manager at Marston’s added, “The Shipyard brand has been building a strong following and is a quality product with a great story. JDO’s new designs have allowed us to align the complete brand offering and provide a clear identity from which we can continue the brand’s development.”

The new identity and packaging designs are currently being rolled out across the UK in the key grocers, convenience stores and across national pub operators. 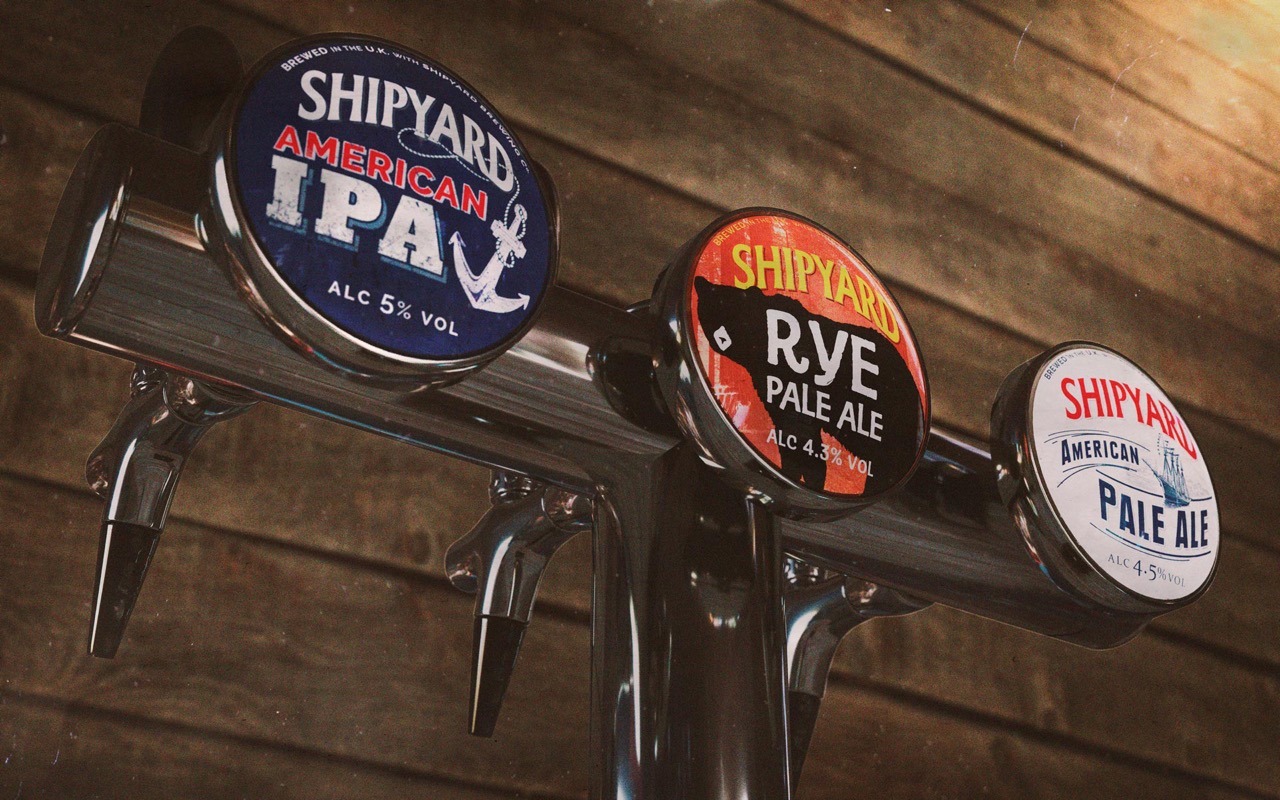 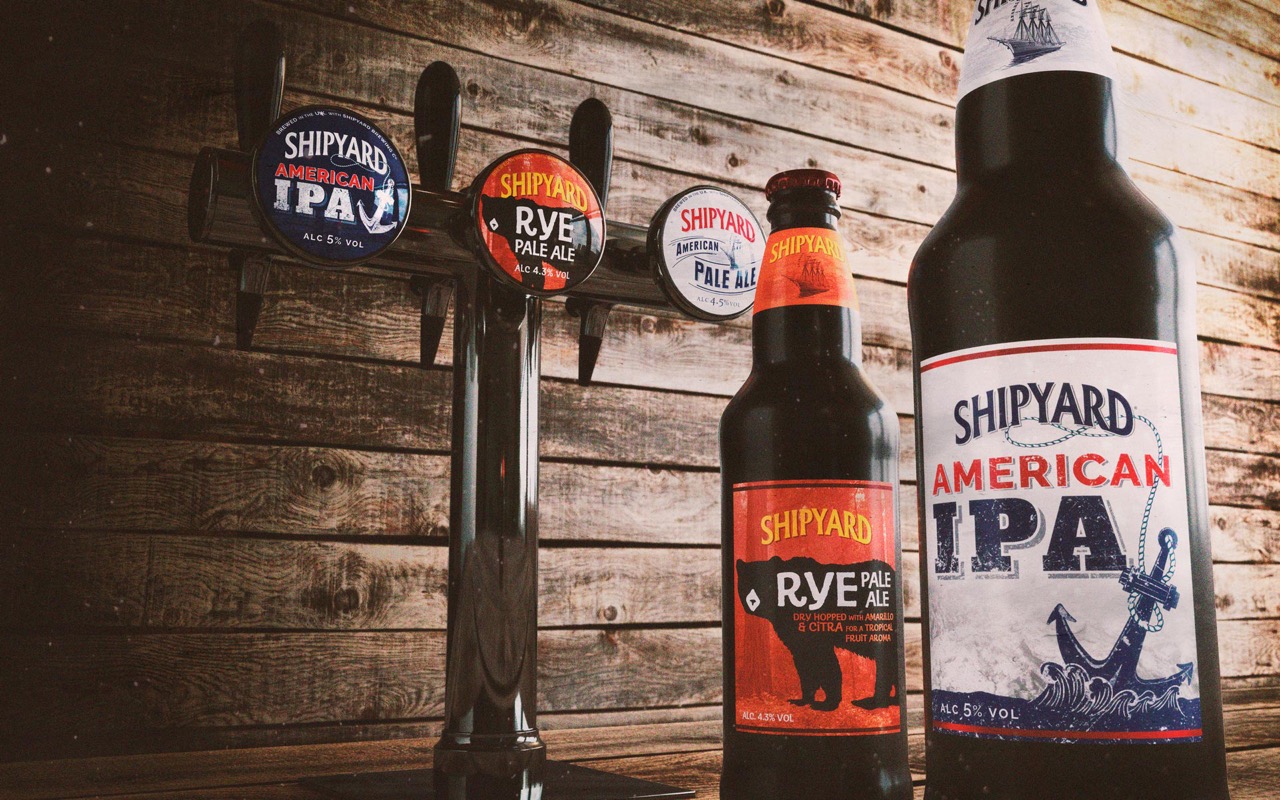