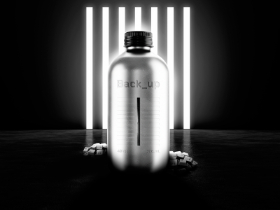 Back_up is the process of backing up, refers to the copying and archiving of brain data so it may be used to restore the original after a data loss event. Backups have two distinct purposes. The primary purpose is to recover data and your memory after its loss, be it by data deletion or corruption after big party with friends. Data loss can be a common experience of vodka lovers users; a 2008 survey found that 66% of respondents had lost memories on their brain pc after meeting with friends. The secondary purpose of backups is to recover data from an earlier time. Though backups represent a simple form of disaster recovery, and should be part of any disaster recovery plan after party, corporate party, wedding anniversary or any time after drinking vodka. Backups by themselves should not be considered a complete disaster recovery plan. One reason for this is that not all backup systems work together with another factors, you should dip your body in the bathroom with one shot of vodka and after 10 minutes will ready for everything that you want! 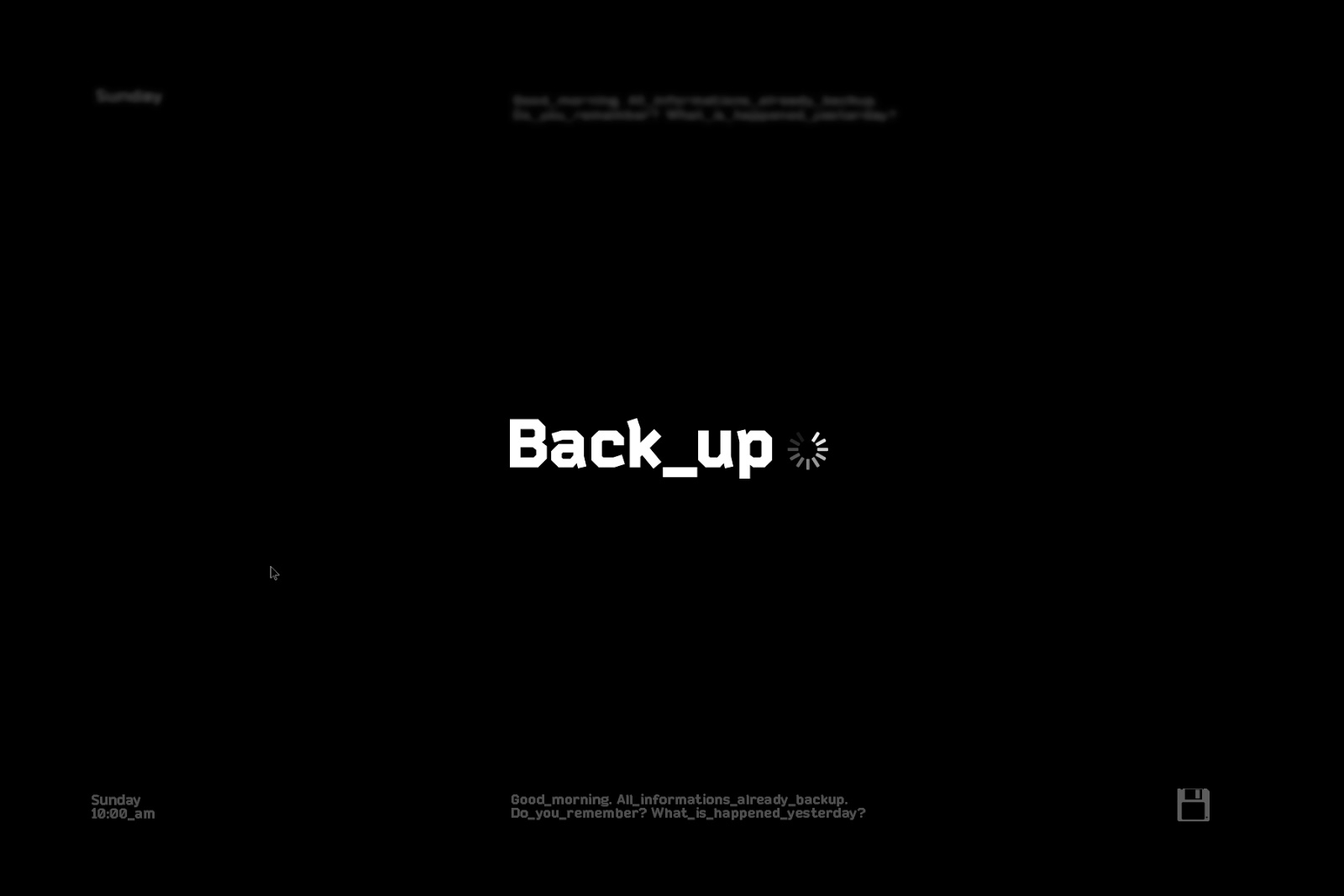 What’s Unique?
The most reliable way to make a backup, make it on a floppy disk , this was developed for the design and ergonomics of the packaging. To insert a floppy disk for installation of an imaginary cut in the middle of the bottle, and through him we can see the quality of the liquid and the degree of vodka. Also, the bottle has indentations, reminiscent of the design of the computers of the 90s, everything new is well forgotten old. This concept will be understandable for different target audiences, especially for those who are familiar with floppy disks and computers in the 90s, what it’s like not remember anything in the morning, with vodka Back_up, you’ll remember everything and even more. No hangover and iron head in the morning! 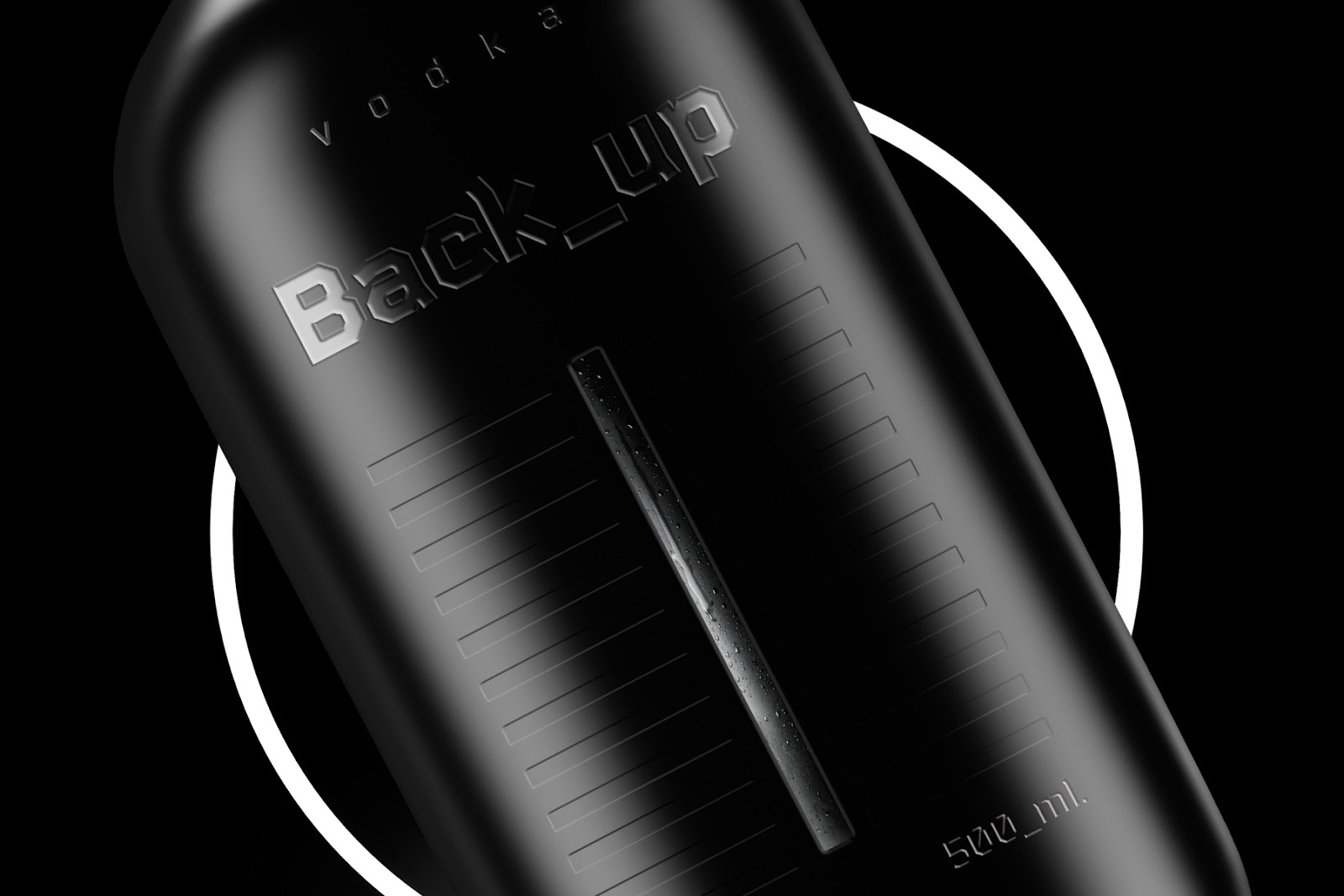 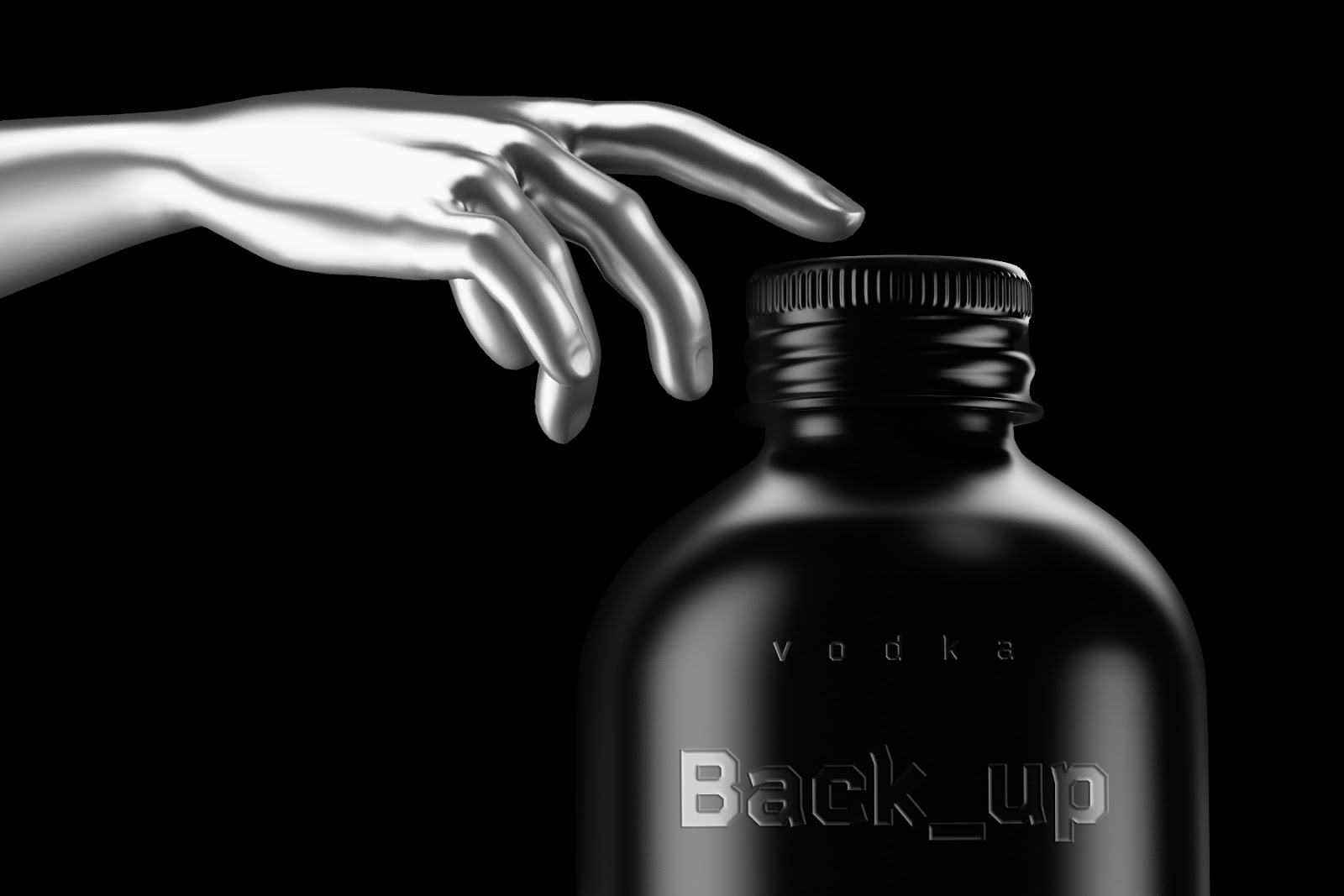 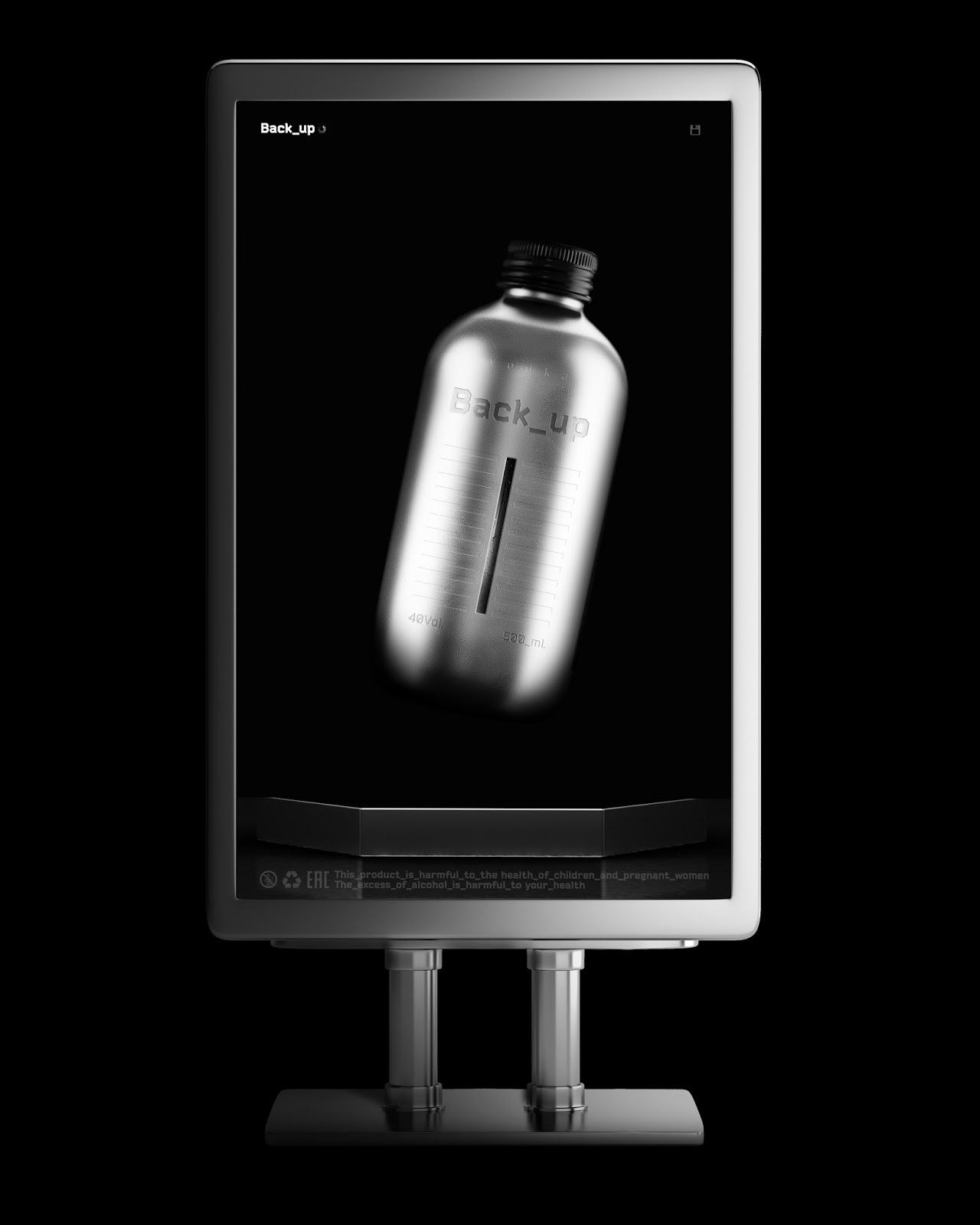 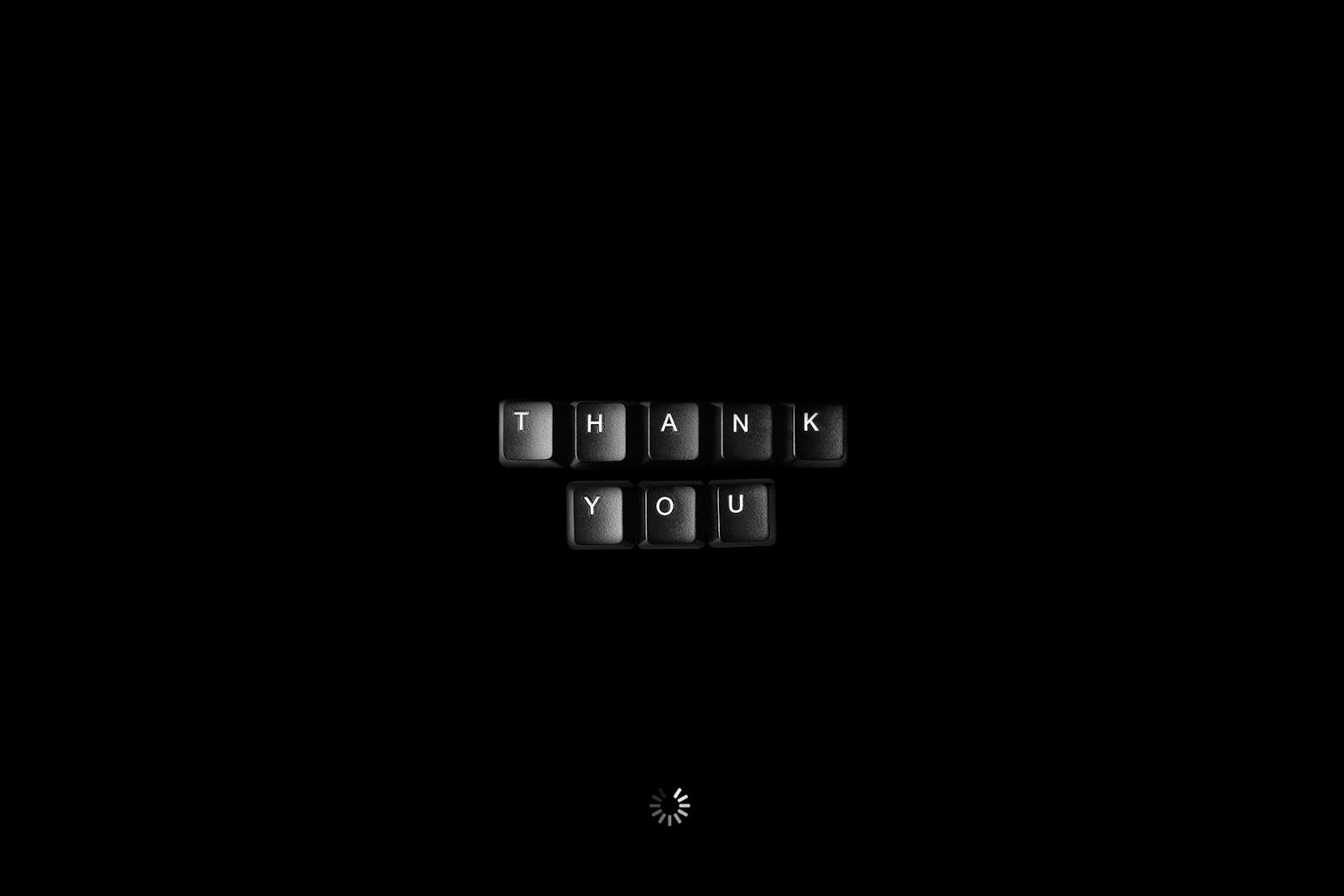