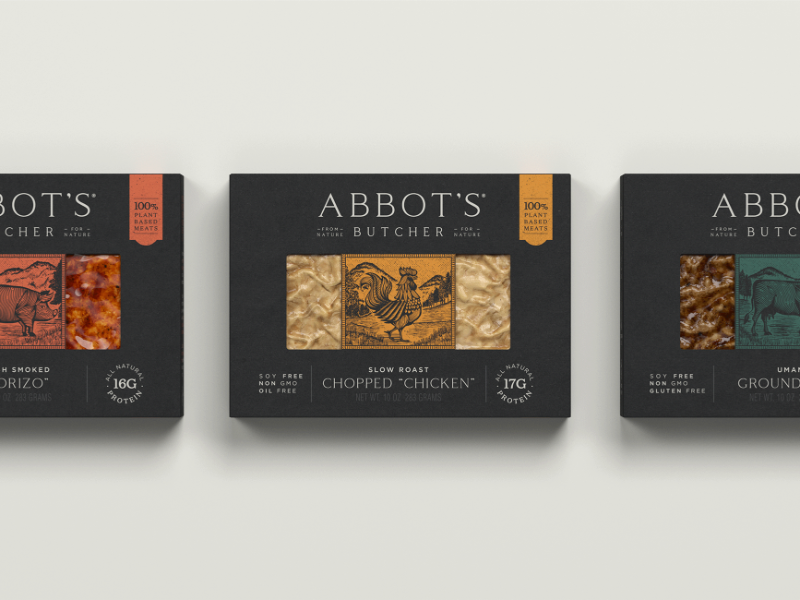 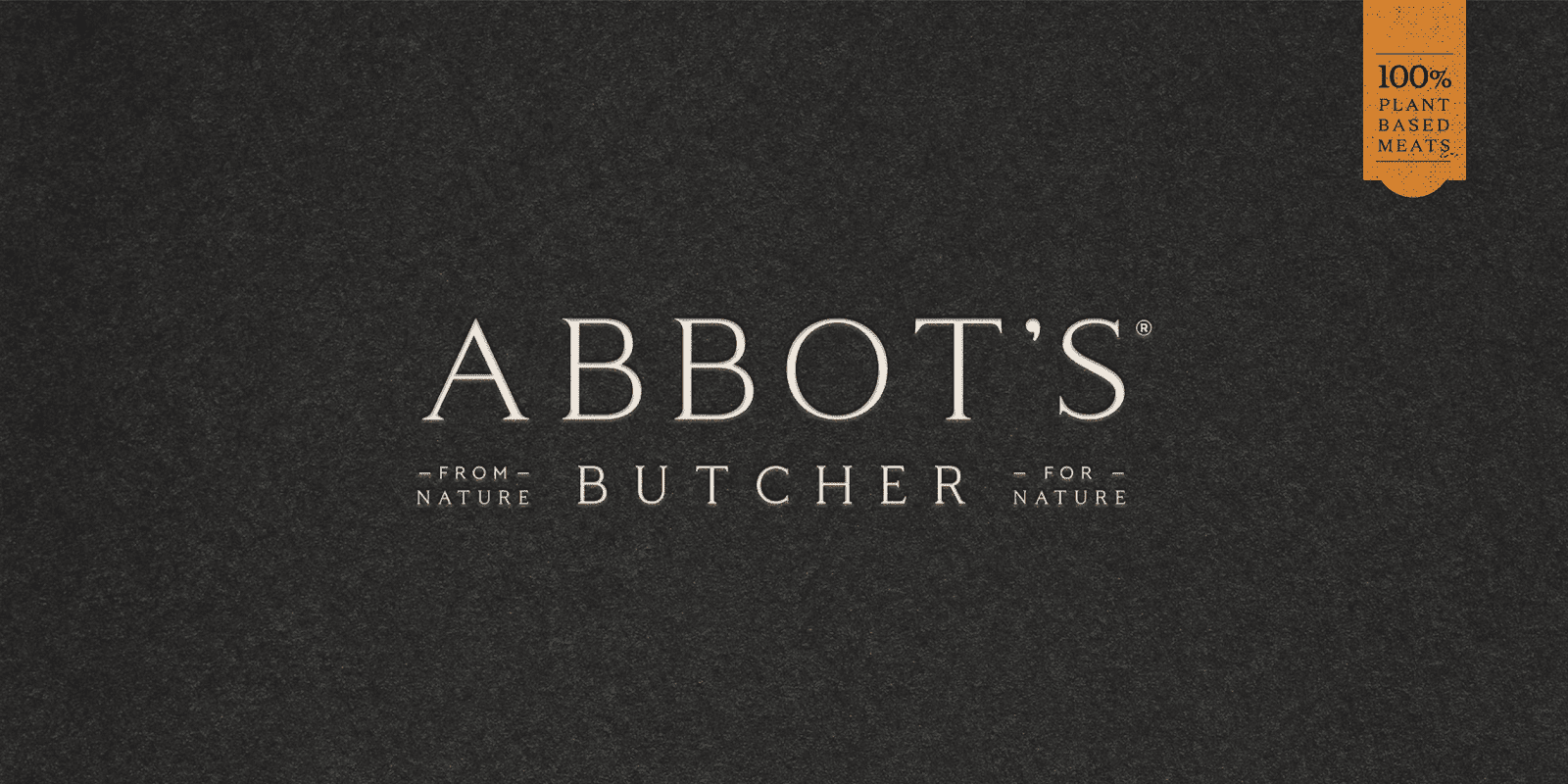 Plant-based meat alternative, Abbot’s Butcher has partnered with specialist design agency Hunger Craft for a quality rebrand. While Abbot’s Butcher was winning in food service they had their sights set firmly on retail. To succeed on heavily competitive shelves, they needed to build a brand which helped consumers step out of their comfort zone and swap in a quality meat alternative to their diet.

Made from nature, for nature, Abbot’s Butcher prides itself on its chef-driven quality. To reflect their level of craft and care, Hunger developed a series of bespoke woodcut style illustrations. Each animal incorporates leaves into its design as a nod to its plant-based origins, while the plant-based message sits in a consistent call out on pack.

Paired with a traditional premium wordmark and natural chalkboard texture, the overall pack appeals to a broad, flexitarian audience, showcasing Abbot’s Butcher as a quality swap. 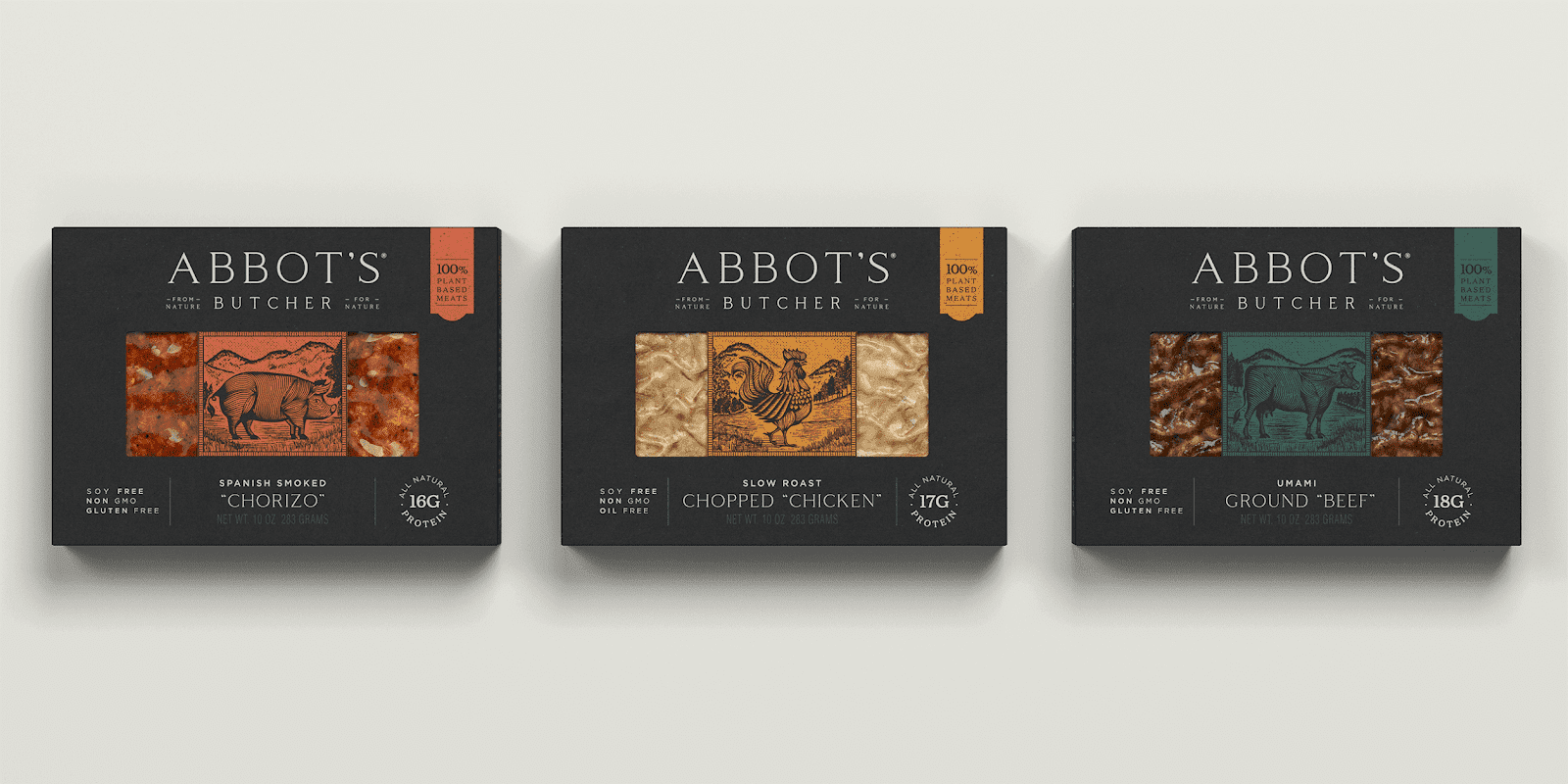 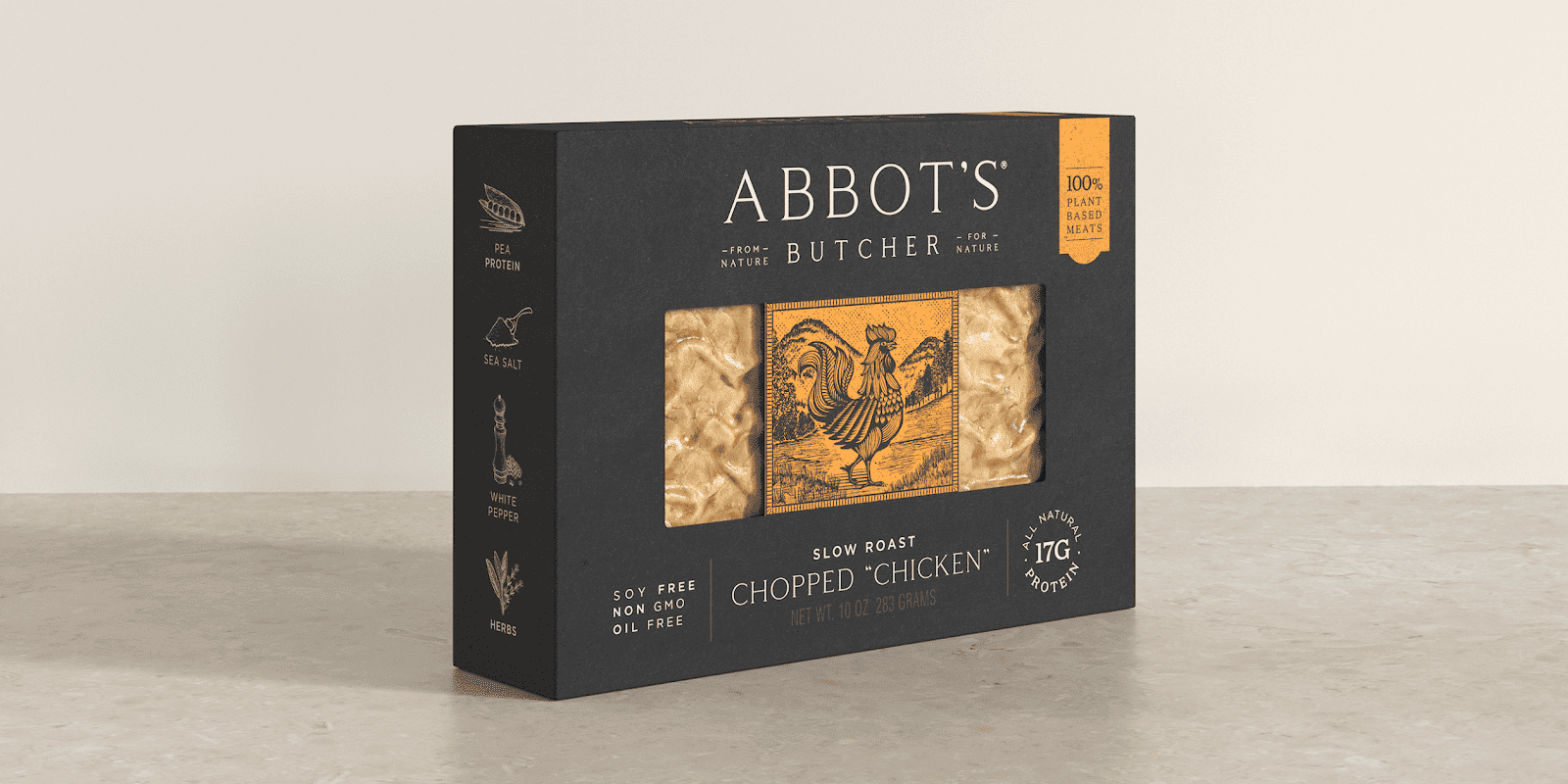 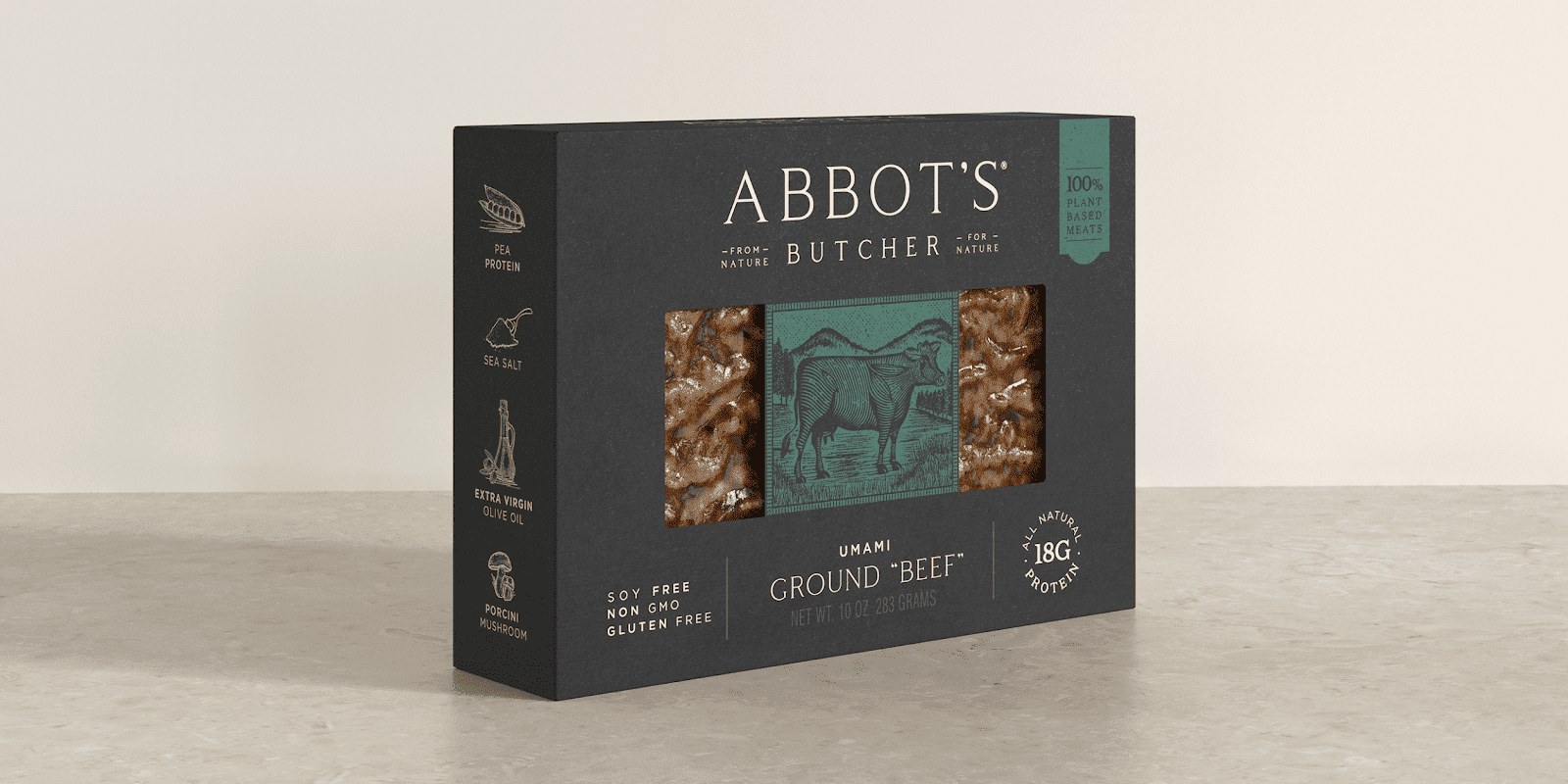 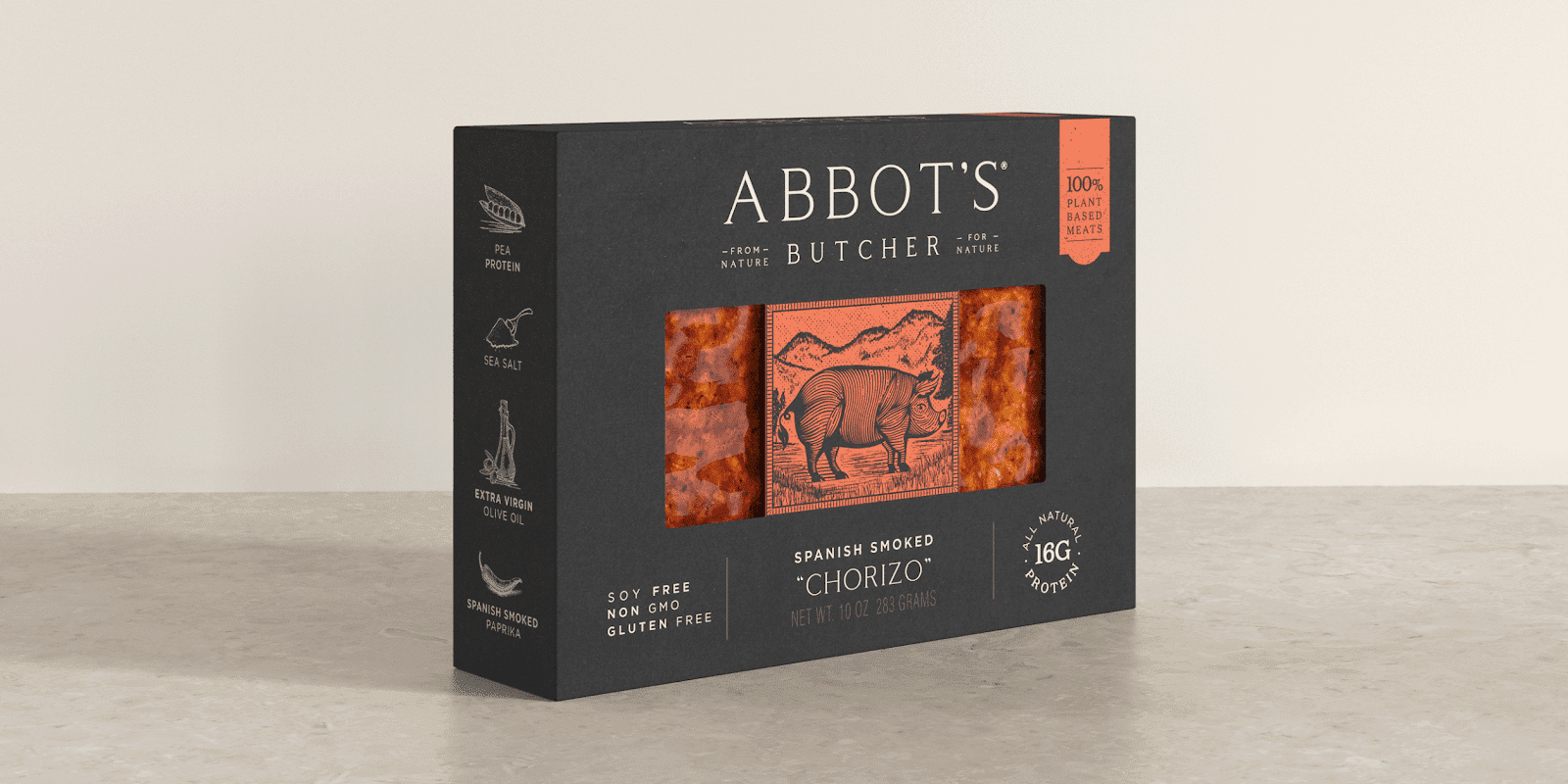 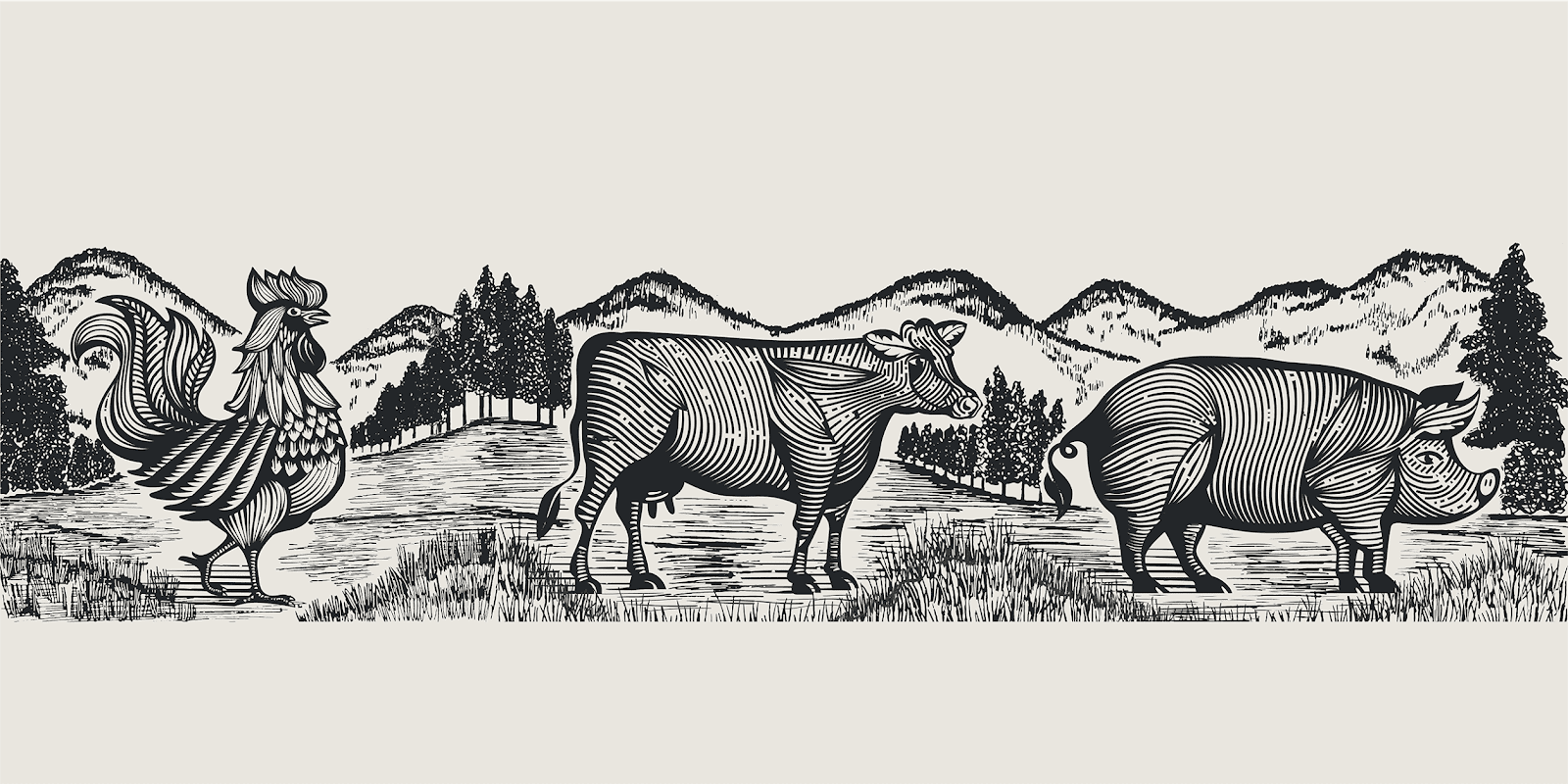 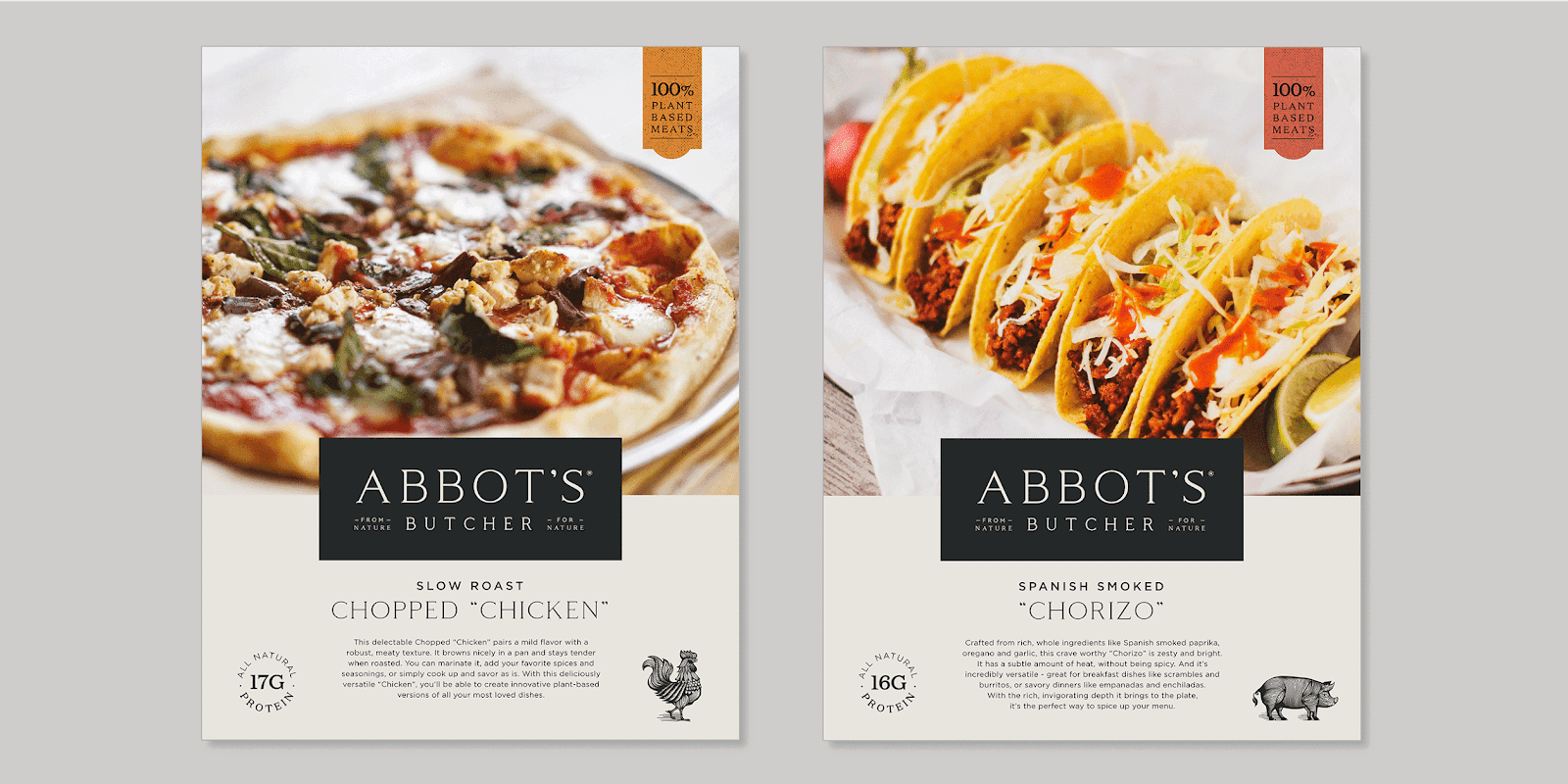 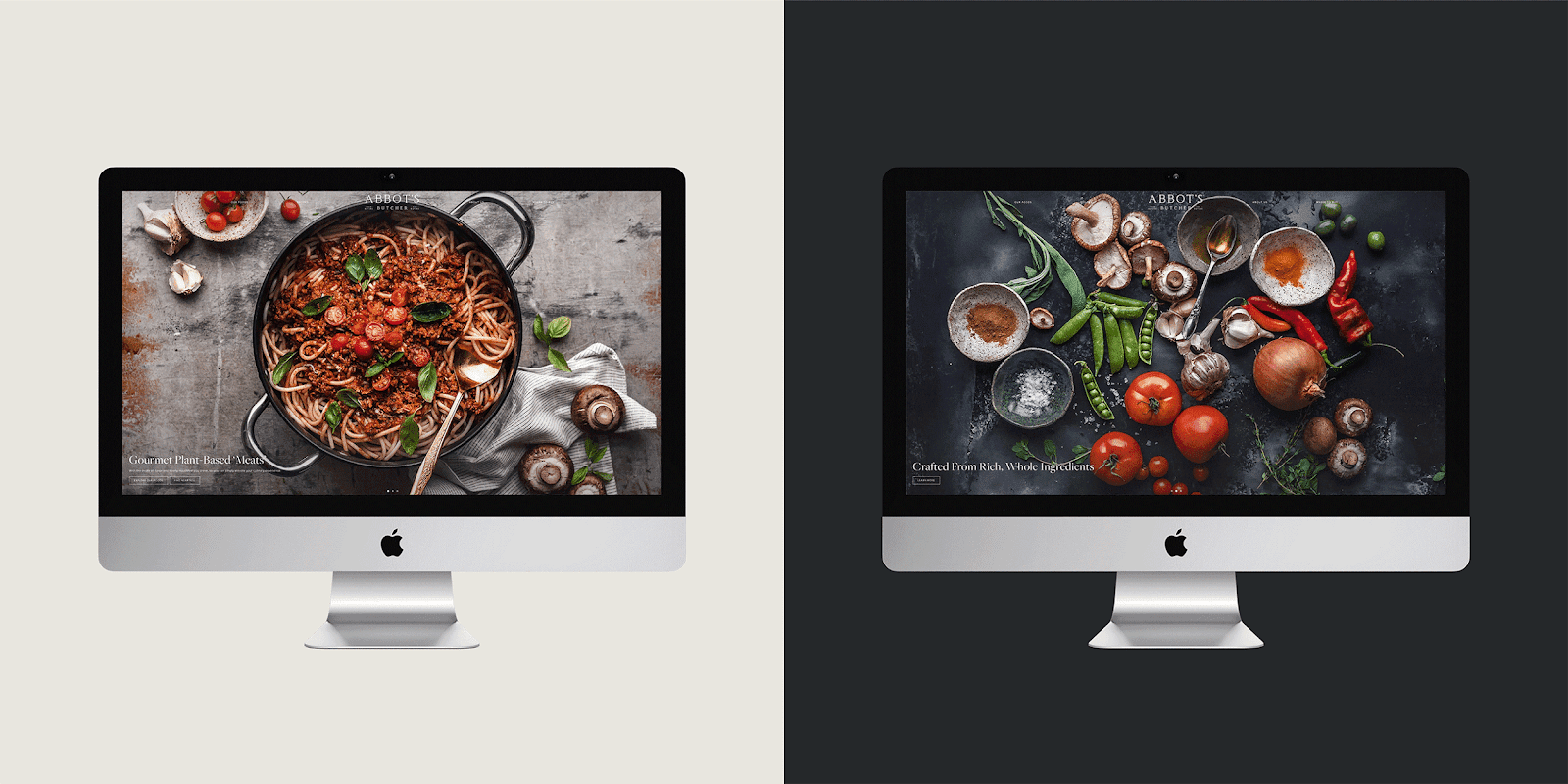 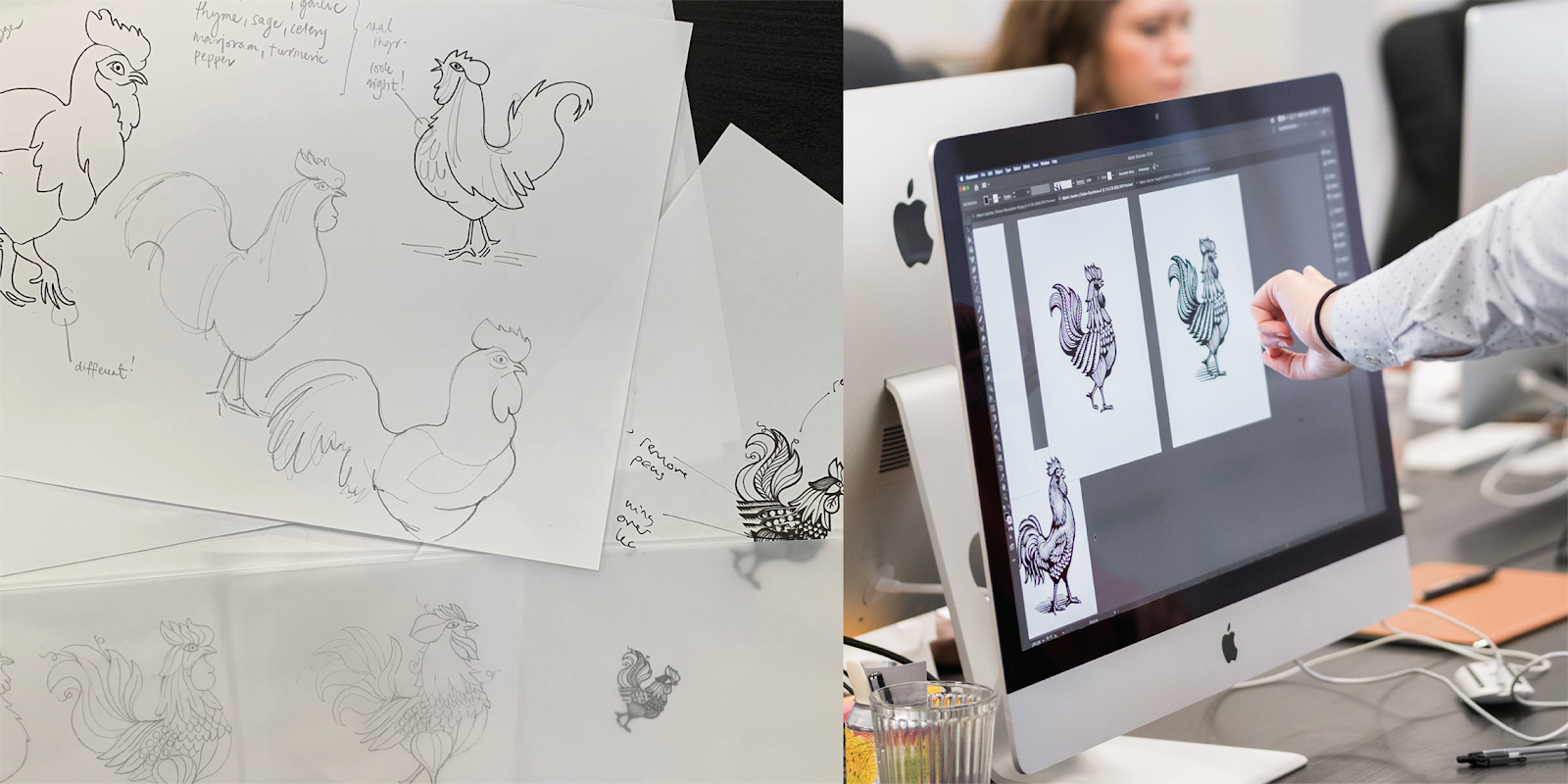 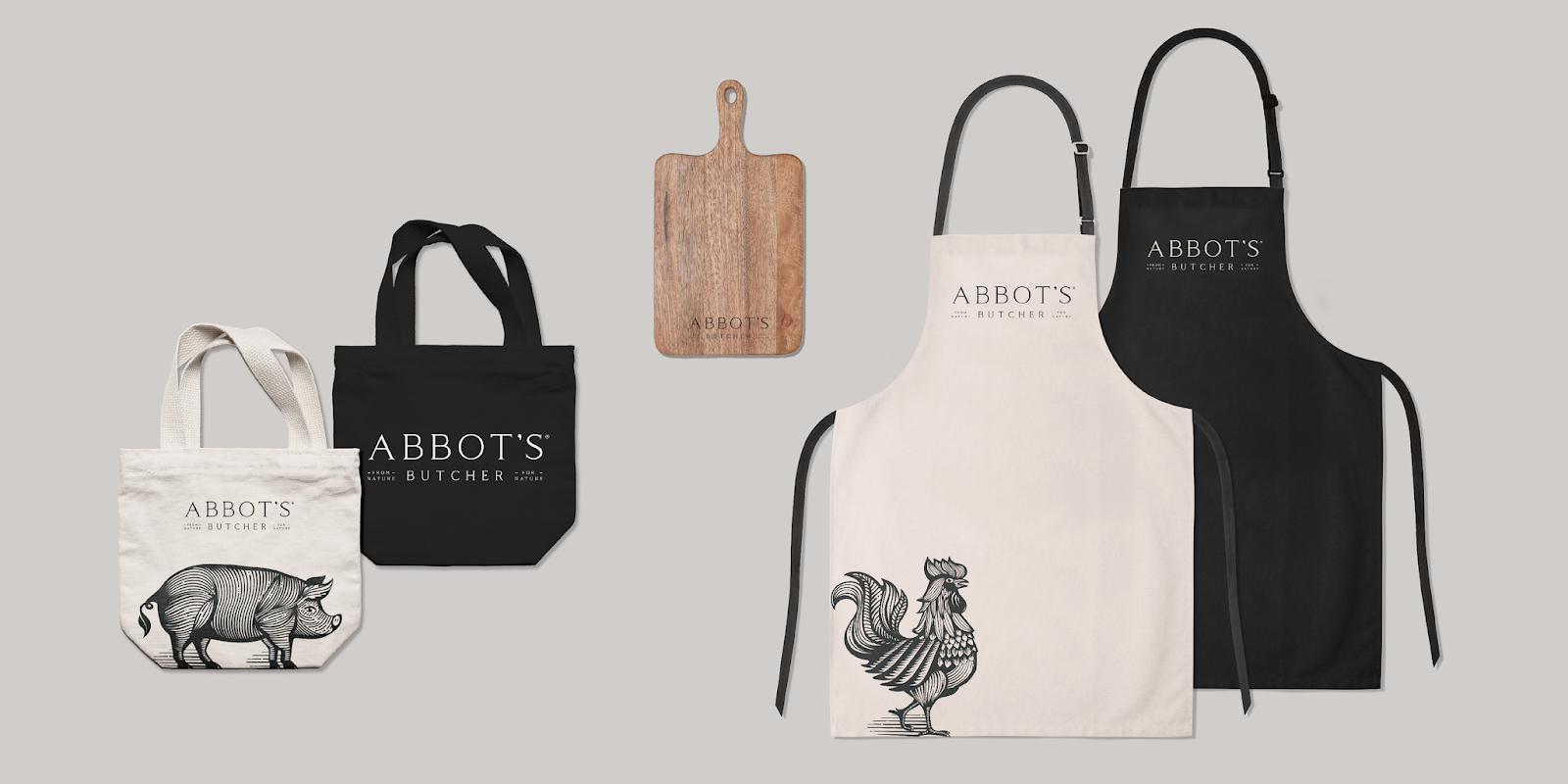 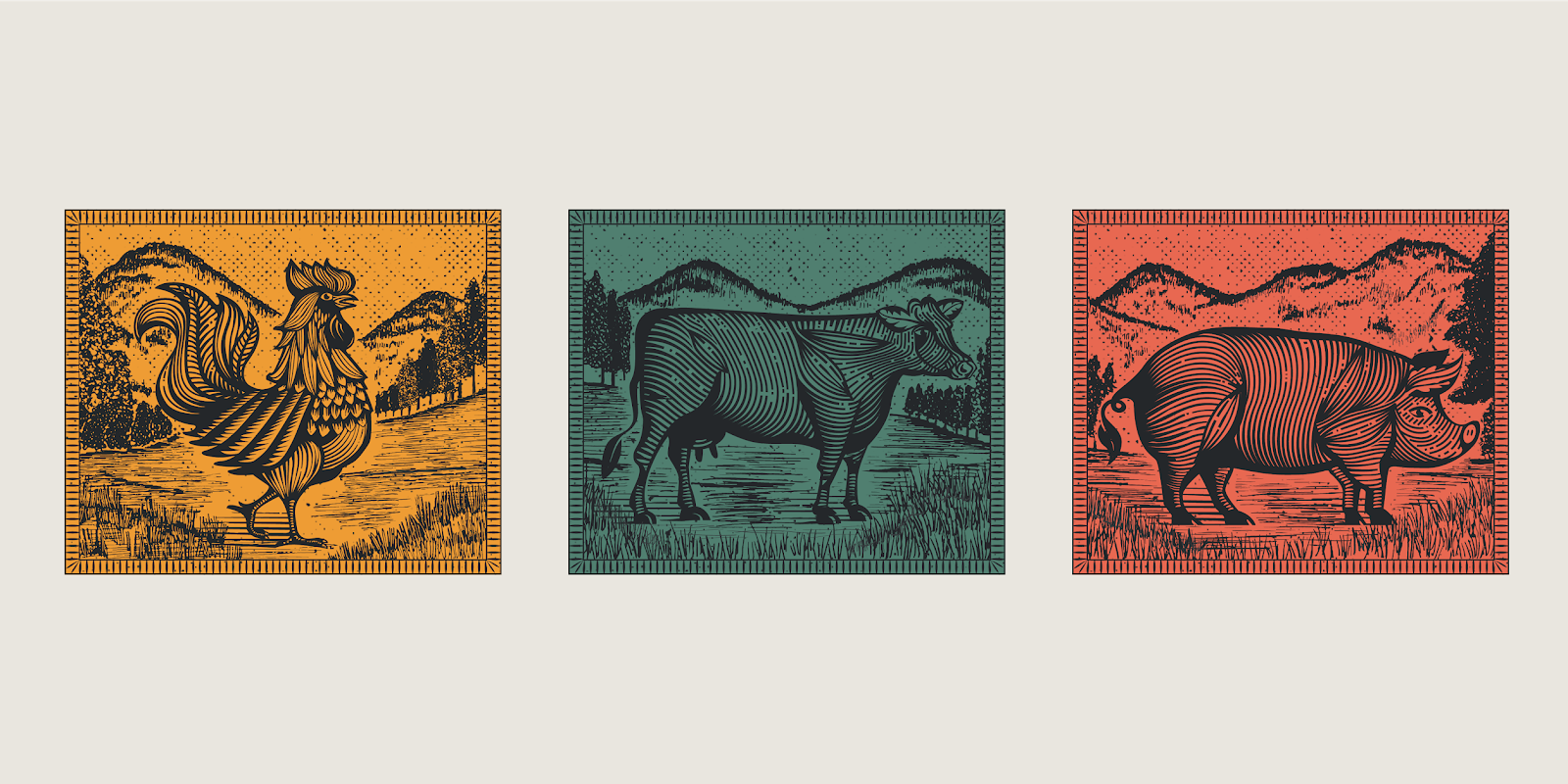