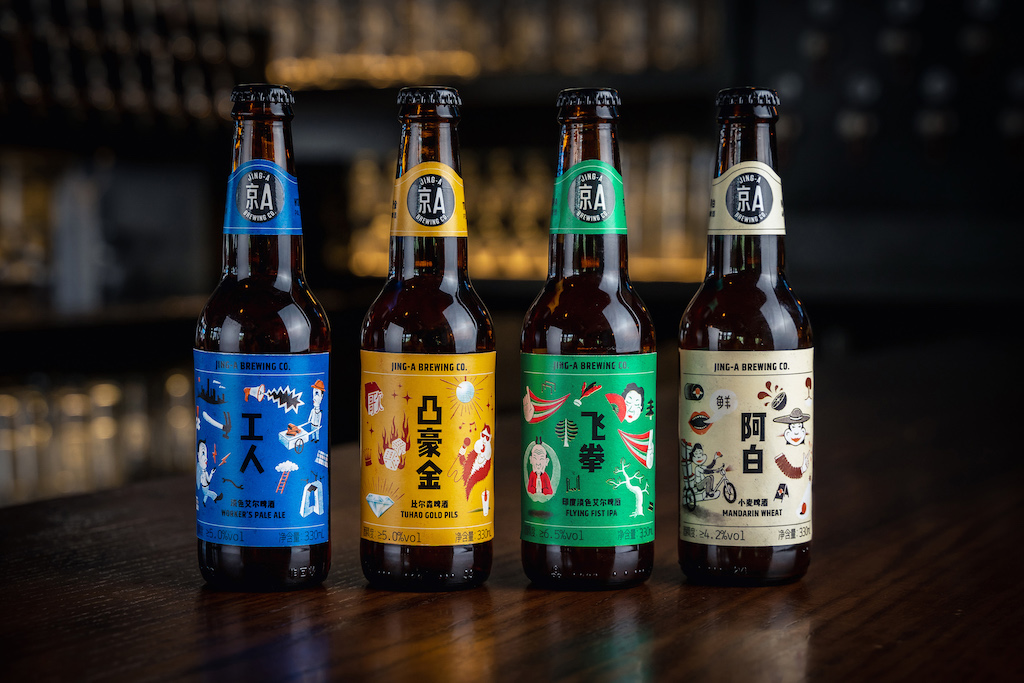 In 2012, Kris Li and Alex Acker launched Jing-A Brewing Co., a craft beer brand that set out to capture Beijing’s roguish spirit as part of the first wave of microbreweries to hit the city.

Ten years on, Jing-A has emerged as a market leader: despite hundreds of microbreweries attempting to follow in their footsteps, Jing-A stands apart for its high-quality beers, locally inspired flavours, and playful creativity that seeps into everything from its beer recipes to brand voice and illustrations.

When Jing-A decided to further expand distribution across China, they partnered with MetaDesign’s Beijing studio to develop a more scalable brand identity system that allows Jing-A to continue to shine. MetaDesign created a design language it calls ‘Future Meets History’, which is inspired by the city of Beijing, the characters and spirit of those who are forging their own path, but never forget where they came from.

“Beijing’s life and local culture are Jing-A’s biggest source of inspiration. It really all comes down to our core brand philosophy, ‘Day Day Up’ – this drive towards dreaming bigger and striving for better seeps into everything we do,” explains Becky Lane, Art Director at Jing-A. “We challenged MetaDesign to create a refreshed identity system that is scalable and consistent, inspired by Beijing, yet never stifles our trademark creative spirit. Our new branding encapsulates Beijing, a city of contrasts, where history and a youthful spirit coexist in a melting pot.”

Inspired by Beijing’s historic and contemporary cultural elements, together Jing-A and MetaDesign set out to reinterpret them with new expressions to create an eye-catching and flexible design language. There is a story behind each of Jing-A’s four core beers & packaging. ‘Workers Pale Ale’ depicts a young, ambitious, man, celebrating the tenacious attitude of China’s working class. ‘Mandarin Wheat’ features a badass farm lady going to market with her family’s haul of chenpi (dried orange peels), celebrating the hard work that is farming and the dedication and pride it takes to actually “bring your product to market”, and so on.

Jing-A produces around 50 experimental brews per year, and each one is honoured with its own collectible poster, which its founders think of as “the fifth ingredient in our beer”. Each poster tells a story about the city, its history, culture, flavours, and characters, with a layout inspired by the grids of historic Chinese newspapers – a structure that extends across all point-of-sale collateral.

“Jing-A is a brewery that pushes the envelope, and it is changing perceptions of Chinese brewing worldwide. When we were given the opportunity to partner with Jing-A on their new branding, we wanted to combine old and new, east and west, because it’s these contrasts and layers that fuel the brand’s passion and creativity,” adds Sally Anderson, Group Creative Director at MetaDesign in Beijing.

Much like Beijing itself, Jing-A is always evolving, experimenting and creating new stories. The brand’s fresh identity is propelling its expansion nationally across China, including 9 taprooms across Beijing, and more planned for this year. 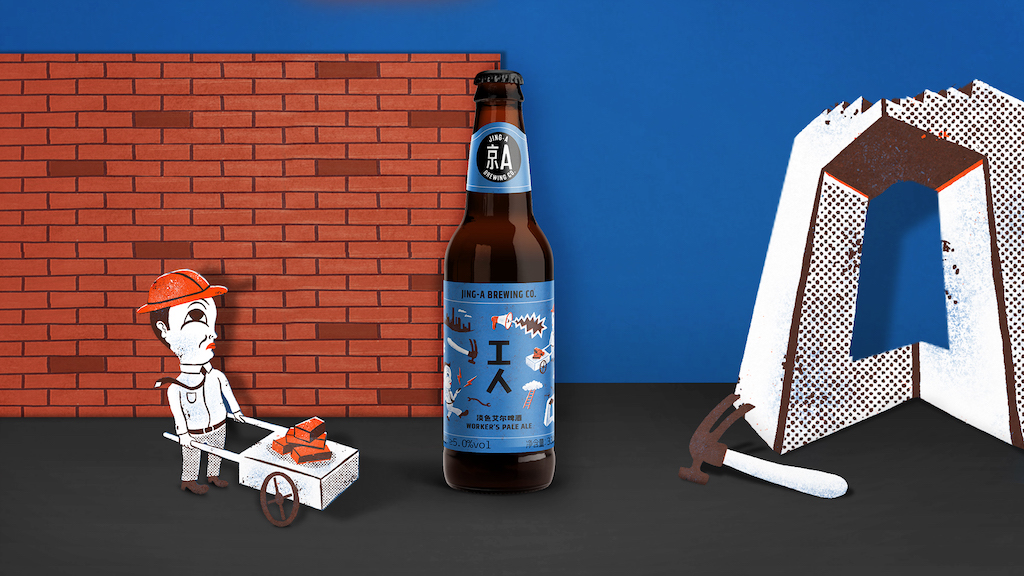 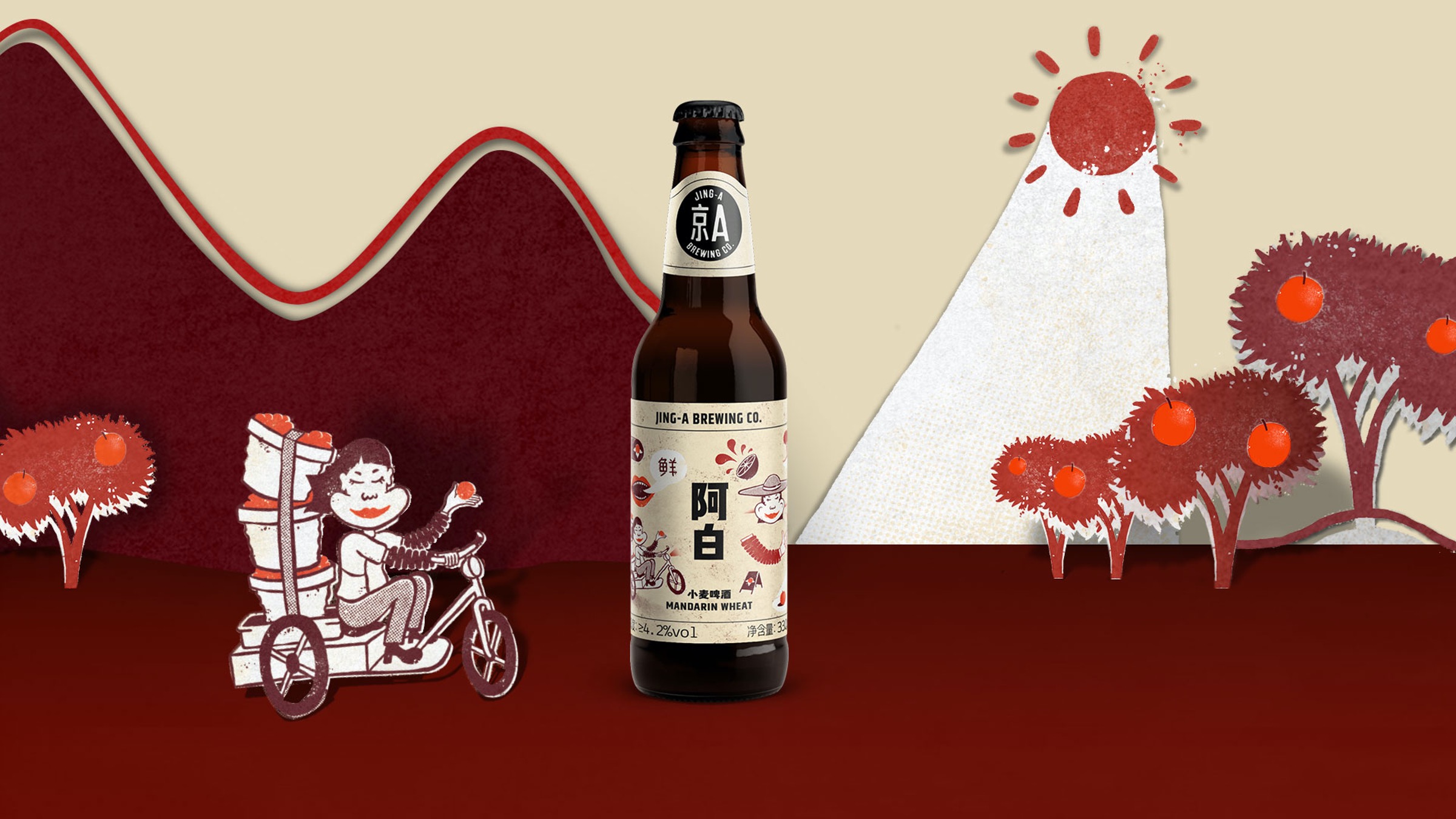 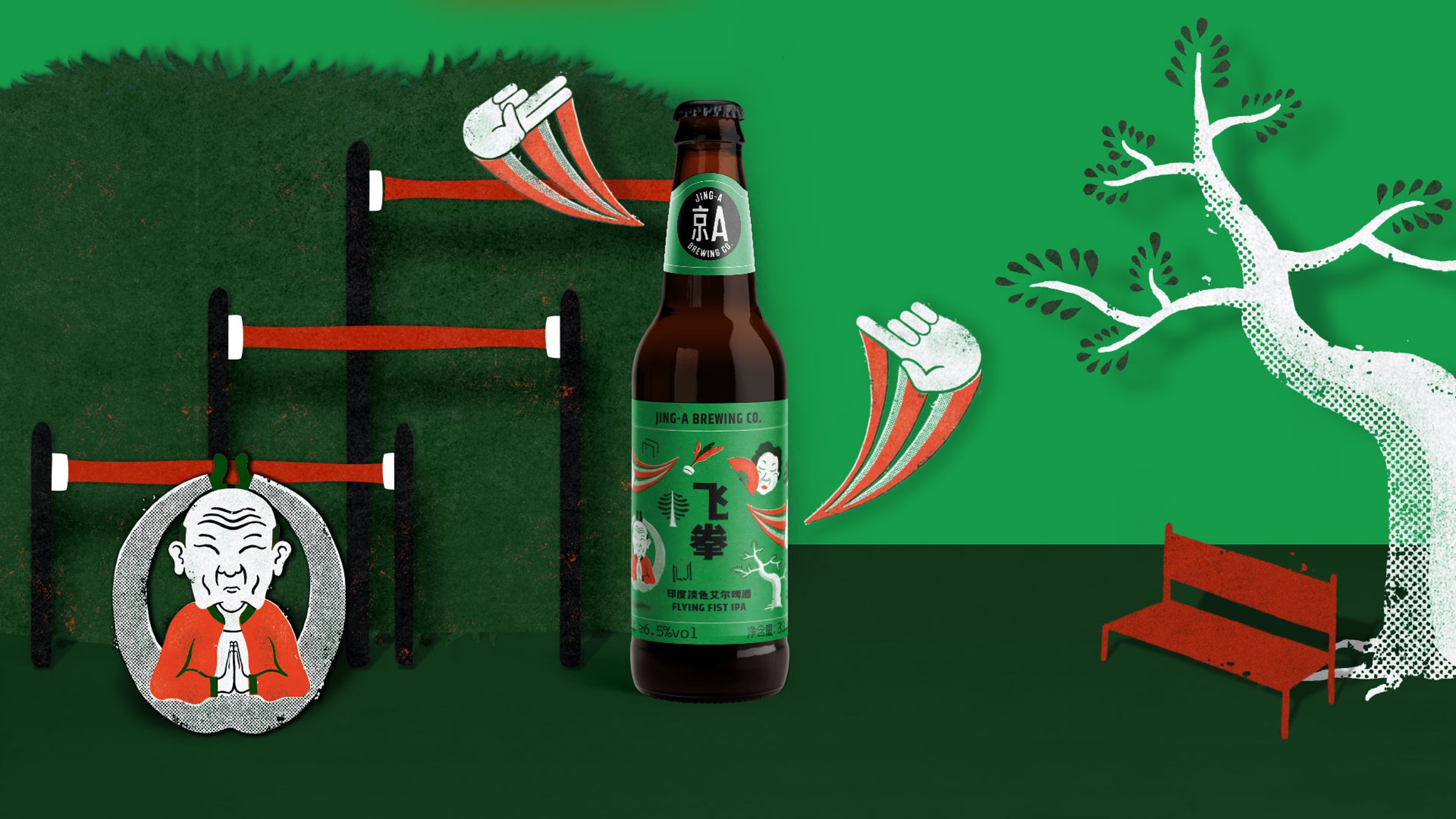 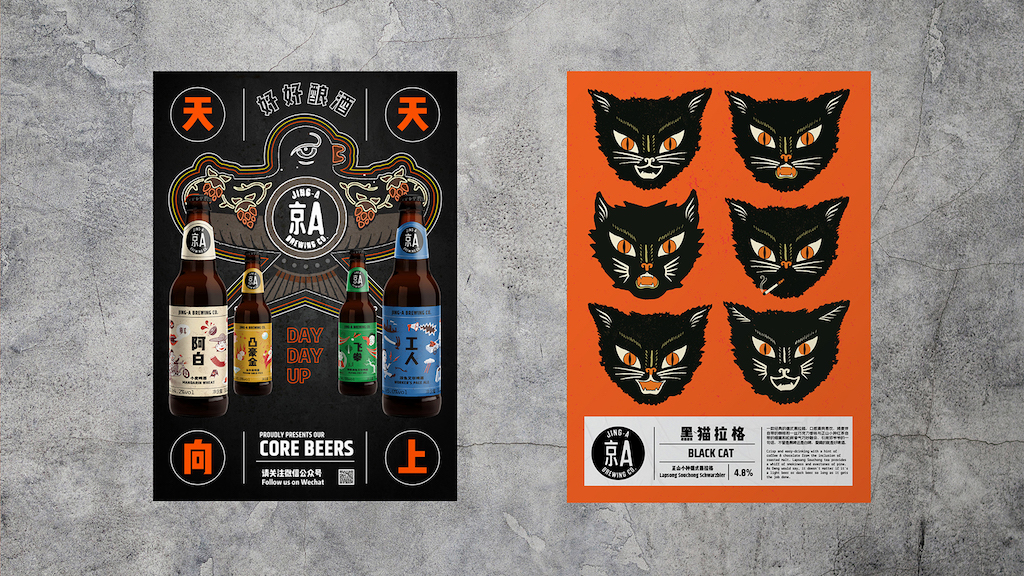 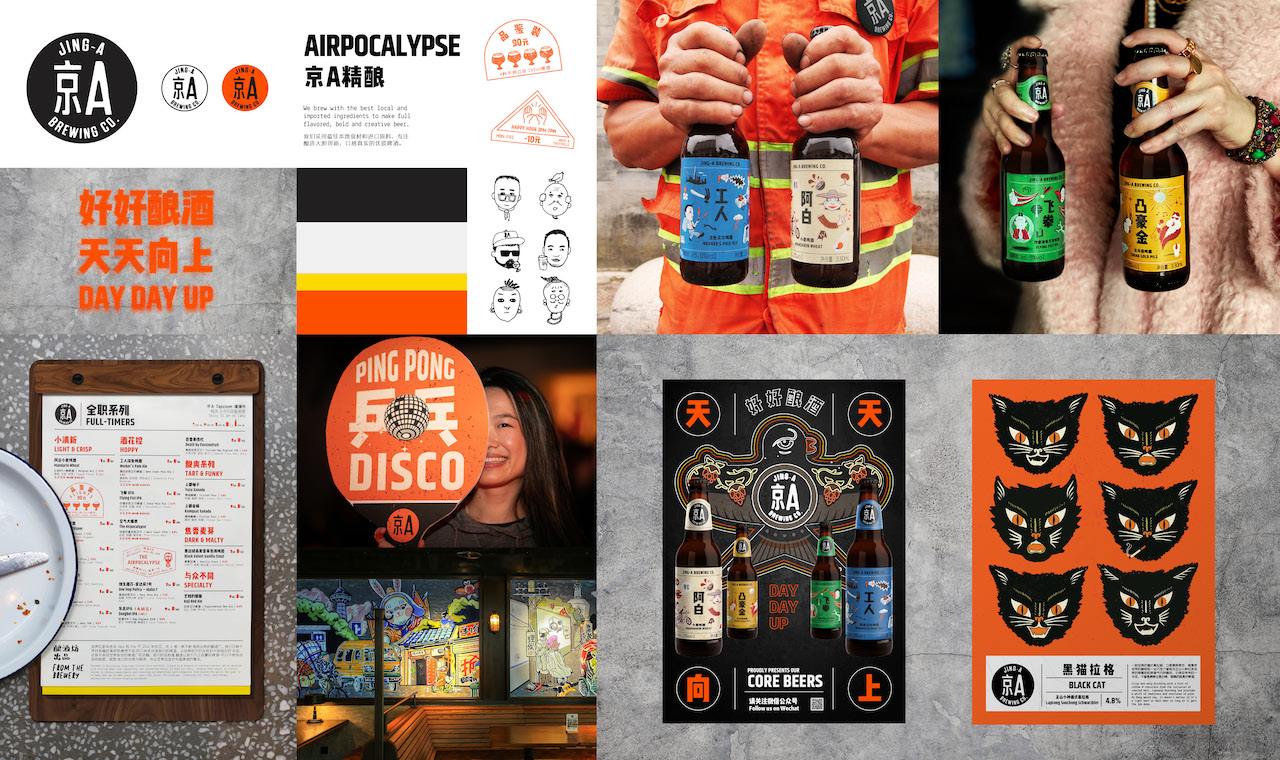