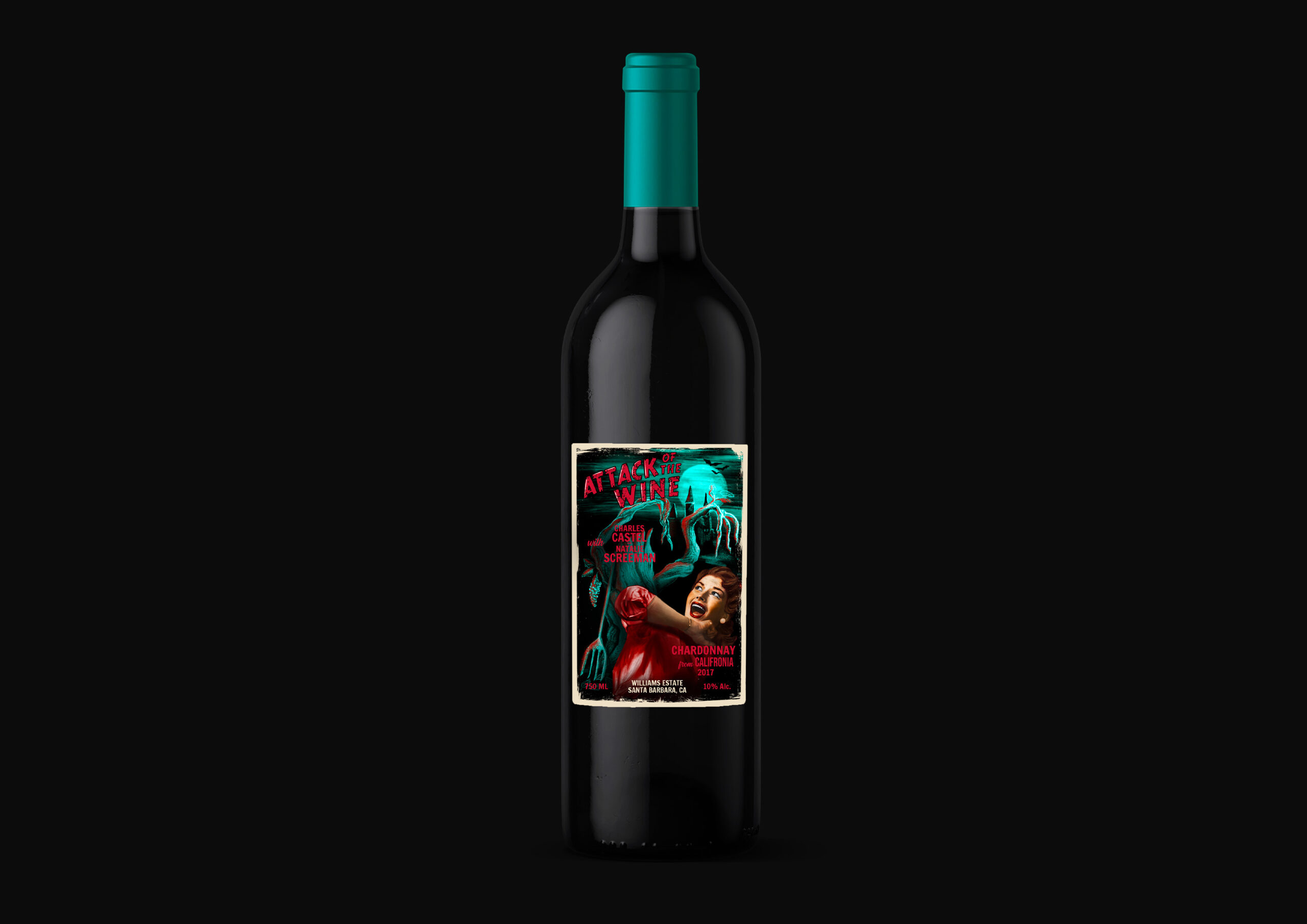 Welcome to the latest from the Williams Estate Californian wine range, soon available near you!! Across a world typically seen in films from the 1950s, these three wine labels take us back to the spirit of the period.

The outdated atmosphere of the posters of that time sets a scene that can sometimes go from the ridiculous to the comic. Each of the artistic compositions of these “movie posters” features a 50’s movie heroine, pursued and fearful of the villain of the film, here symbolized by a tool characteristic of the world of wine or wine harvests, in this case, a wine barrel, a wine press or the vine.

These “false” compositions in our label creations follow exactly these same codes. The scale ratio between the characters, where the plans are deliberately exaggerated to reinforce the scary but also grotesque element. This is also the case for the positions of each of the characters.

The atmosphere and the color hues clash, and the foreground clashes with the action of the background. These dramatic tools of the wine trade are enlarged and rendered in dark tones in contrast to lighter shades for the female characters to further reinforce this sense of anxiety.

The representation methods of the drawing and the deliberately aged colorization also reference posters of old horror films and also the graphic techniques of the 1950s. The more realistic photographic collage of the heroines contrasts with the rest of the painted composition, becoming more and more blurred as it moves away.

The lettering, also painted, but in brighter, lighter shades, naturally brings out the name of the wine, and the grape variety as well as the contextual information. Like a horror movie, we the consumer are sent back in time and into the deceptively scary environment of several super wine productions. 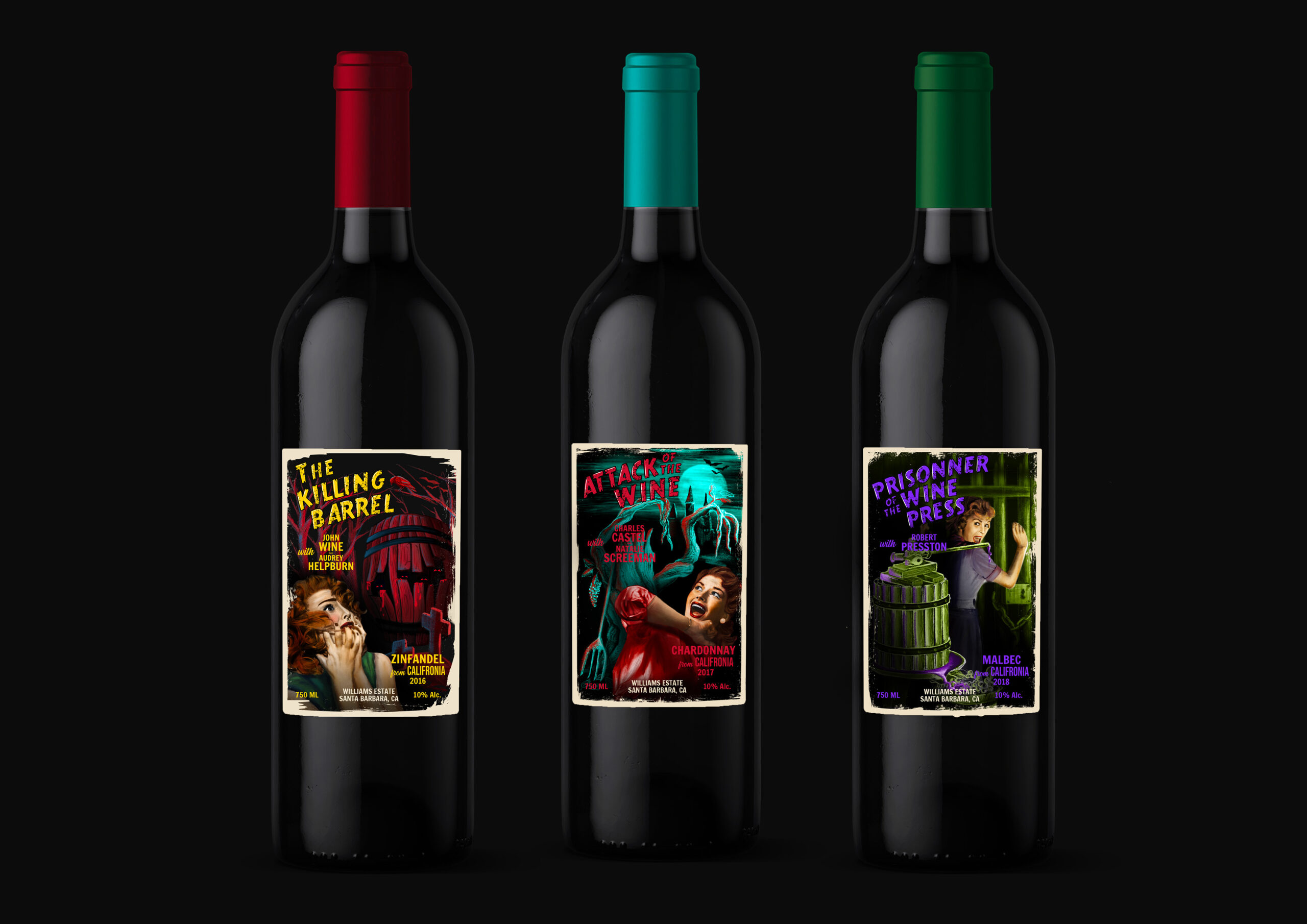 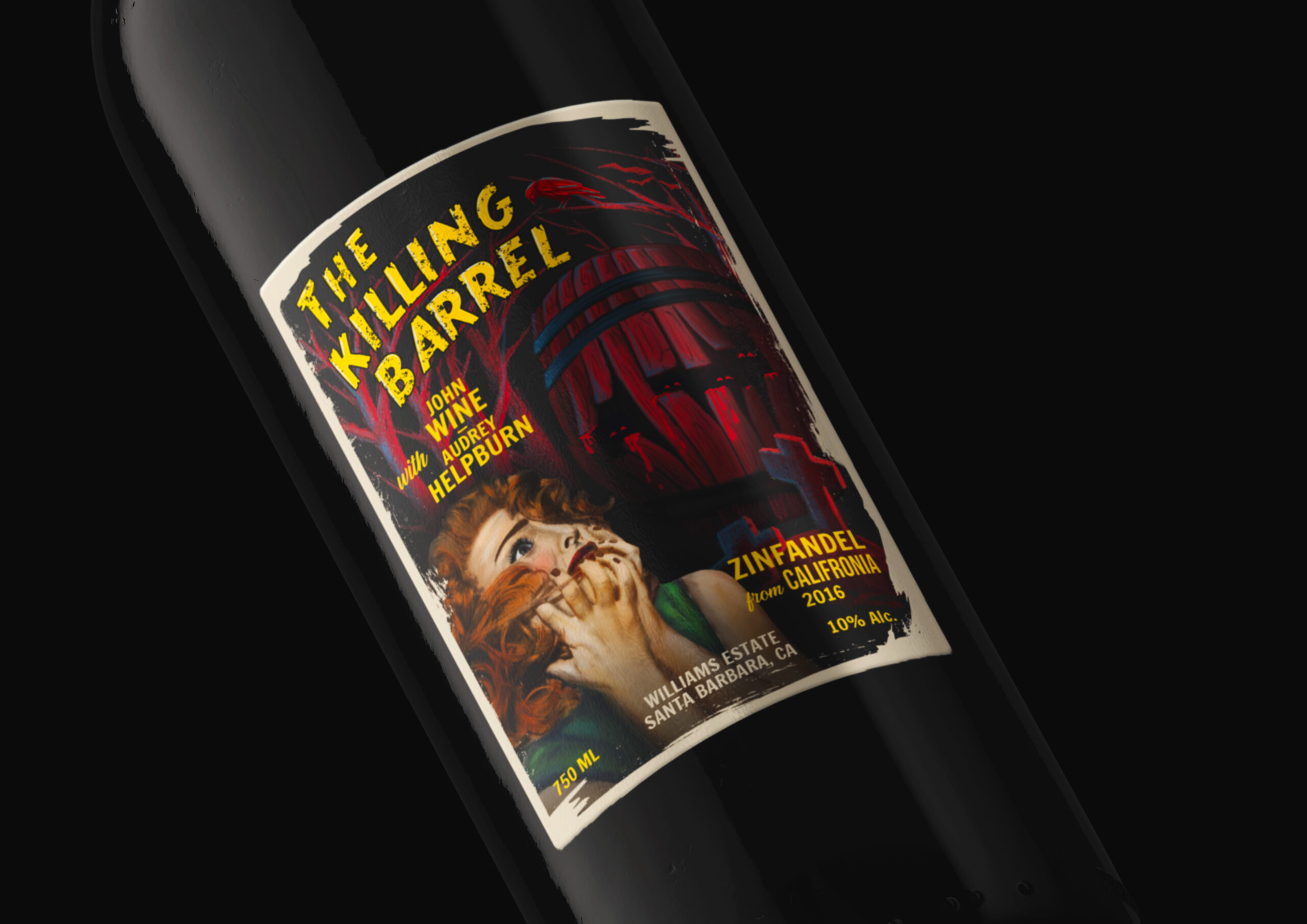 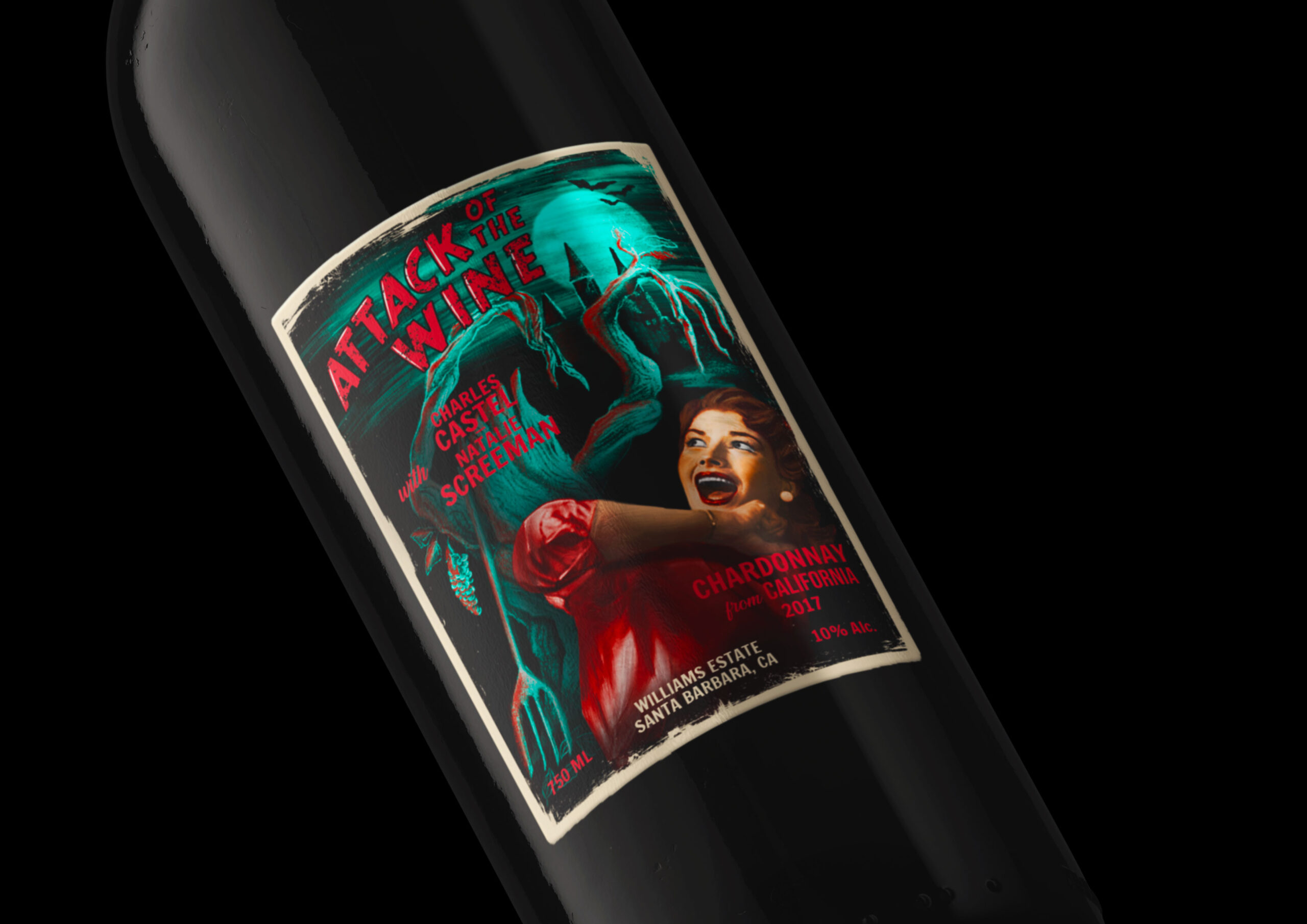 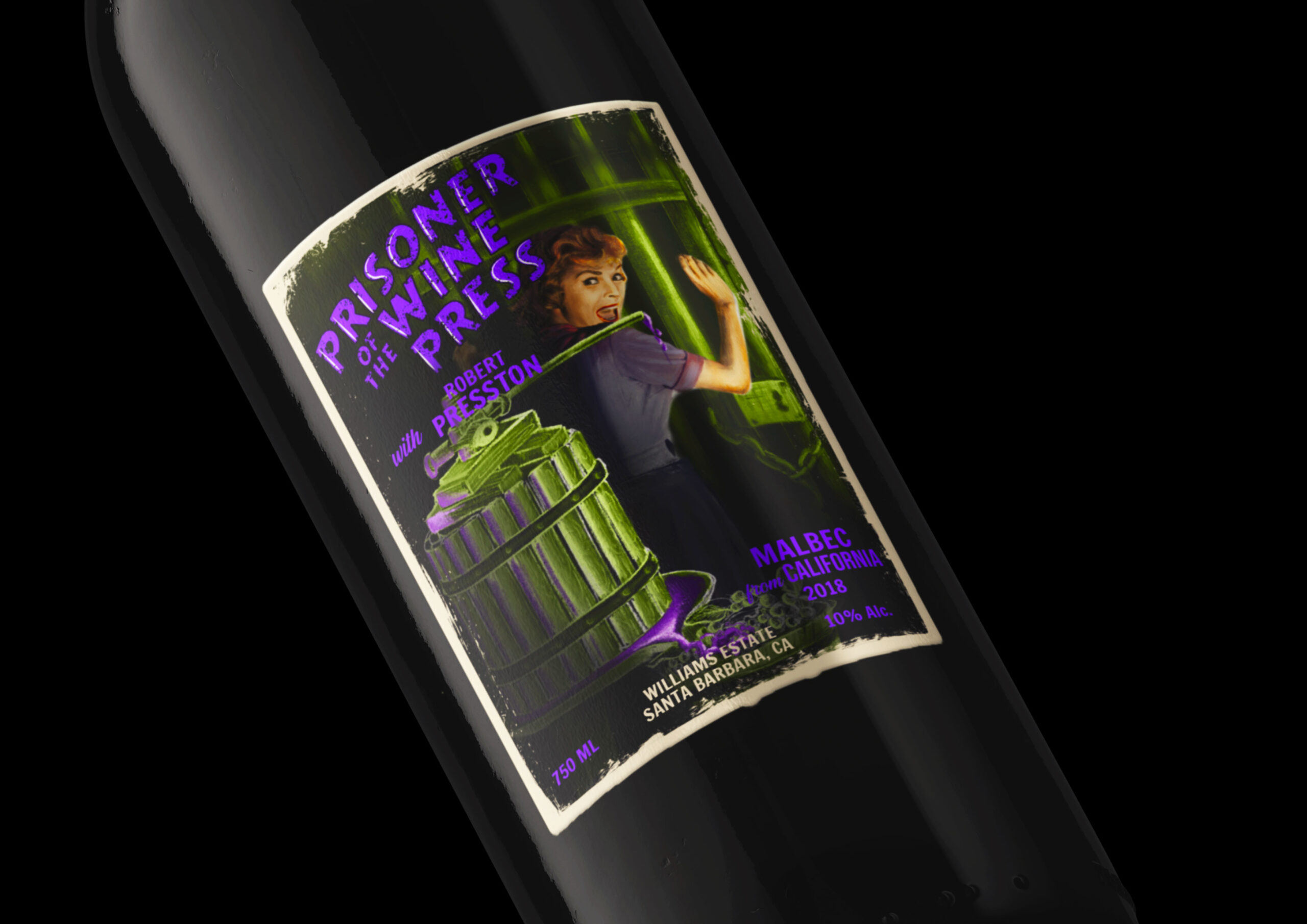 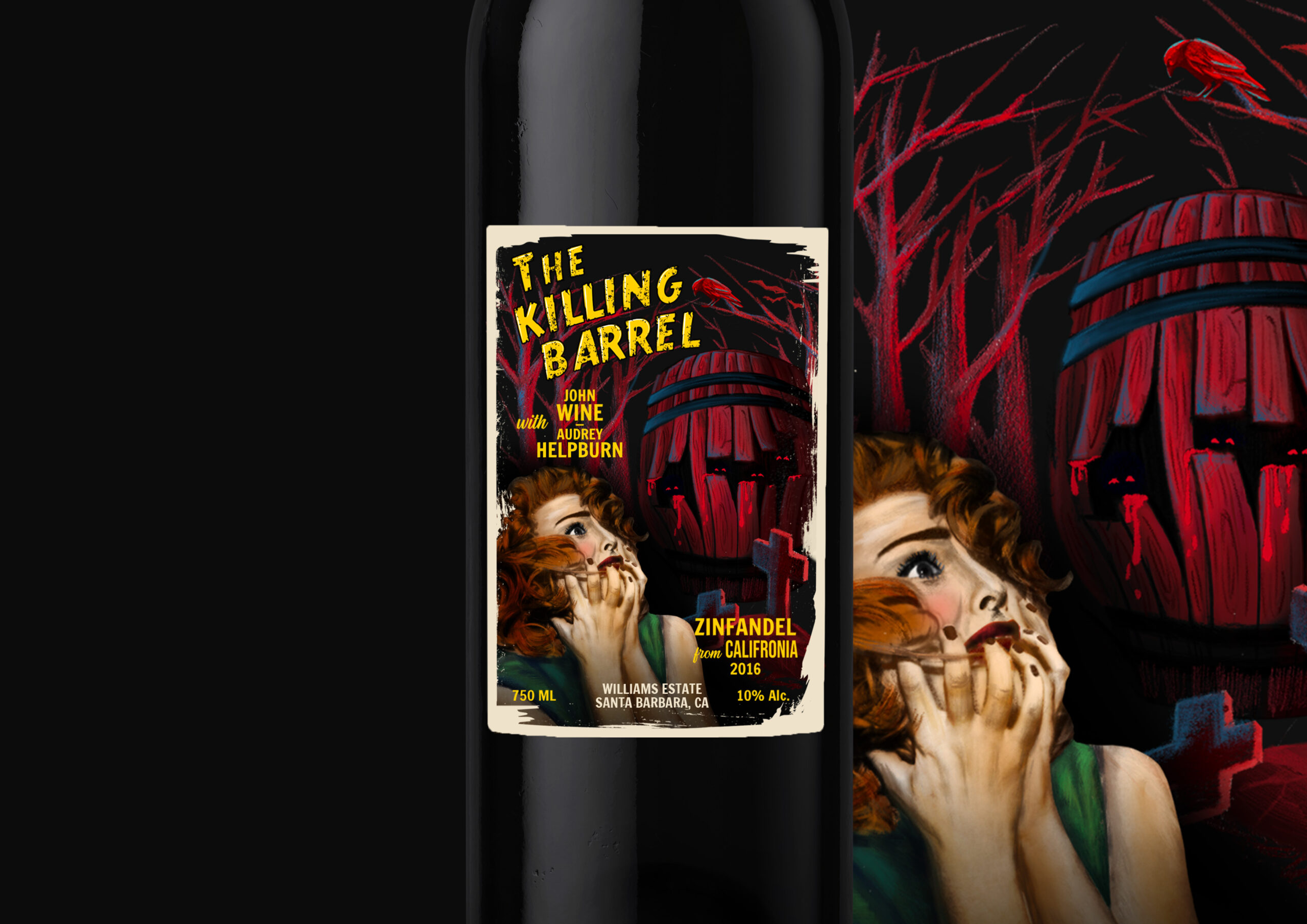 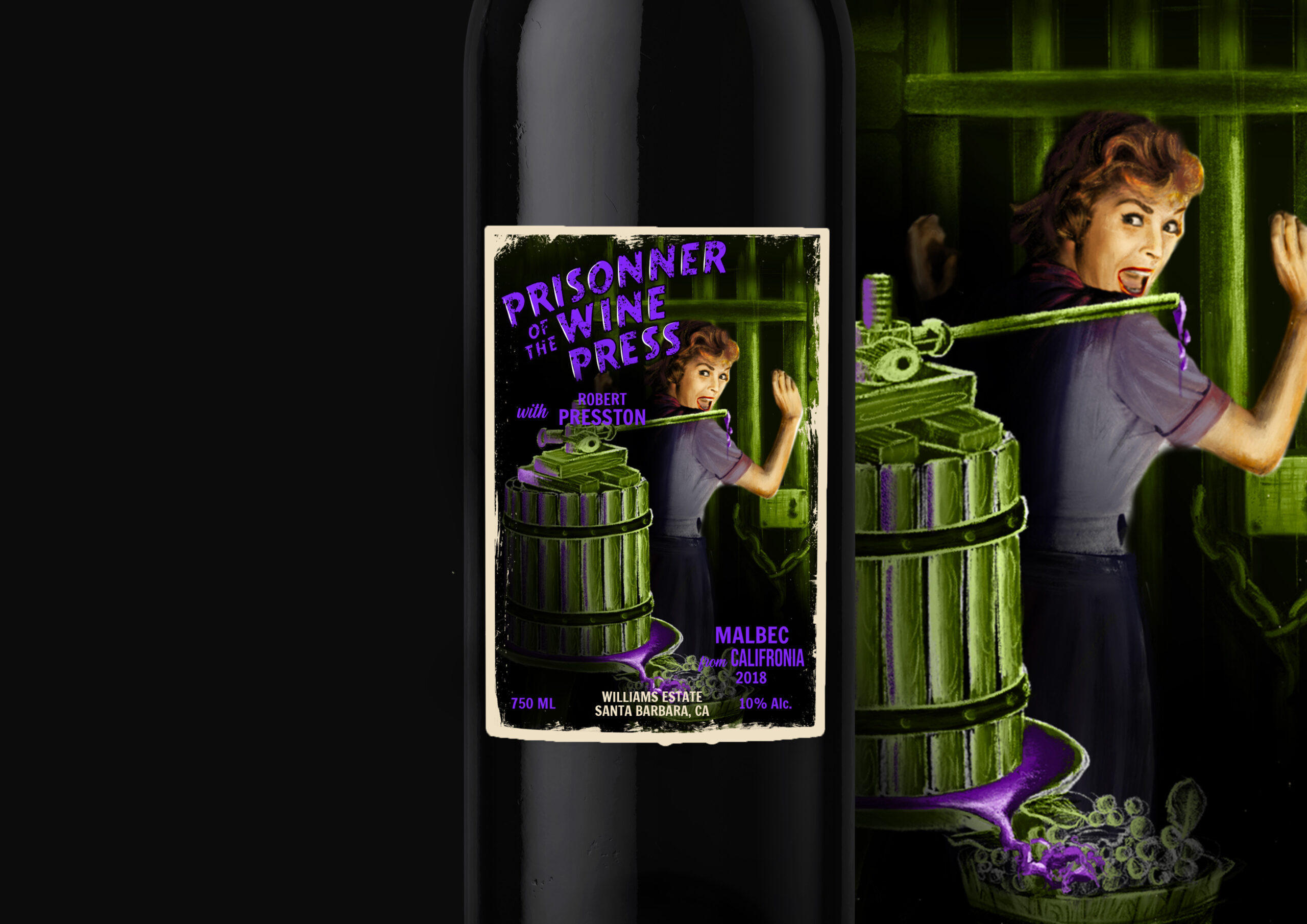 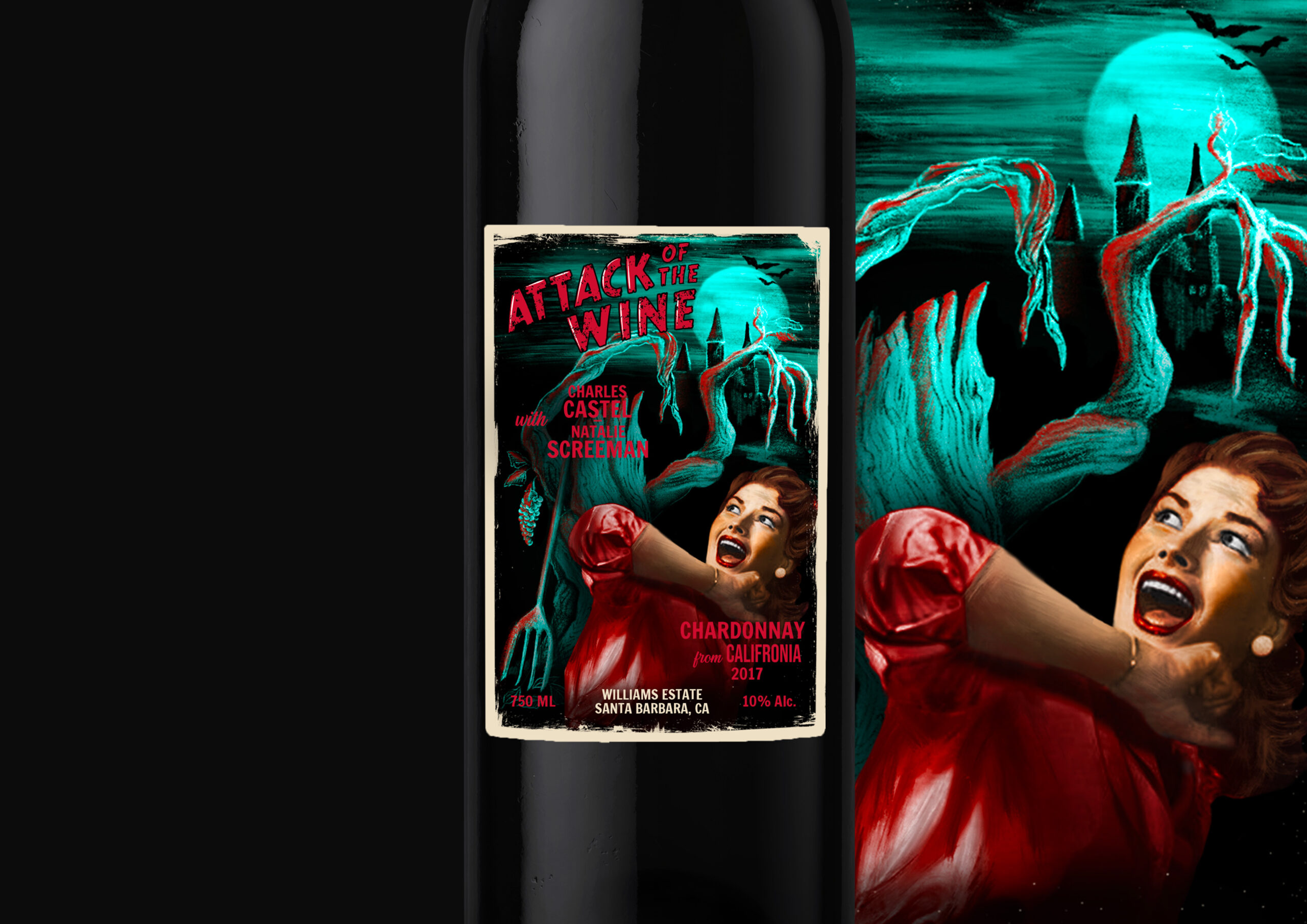 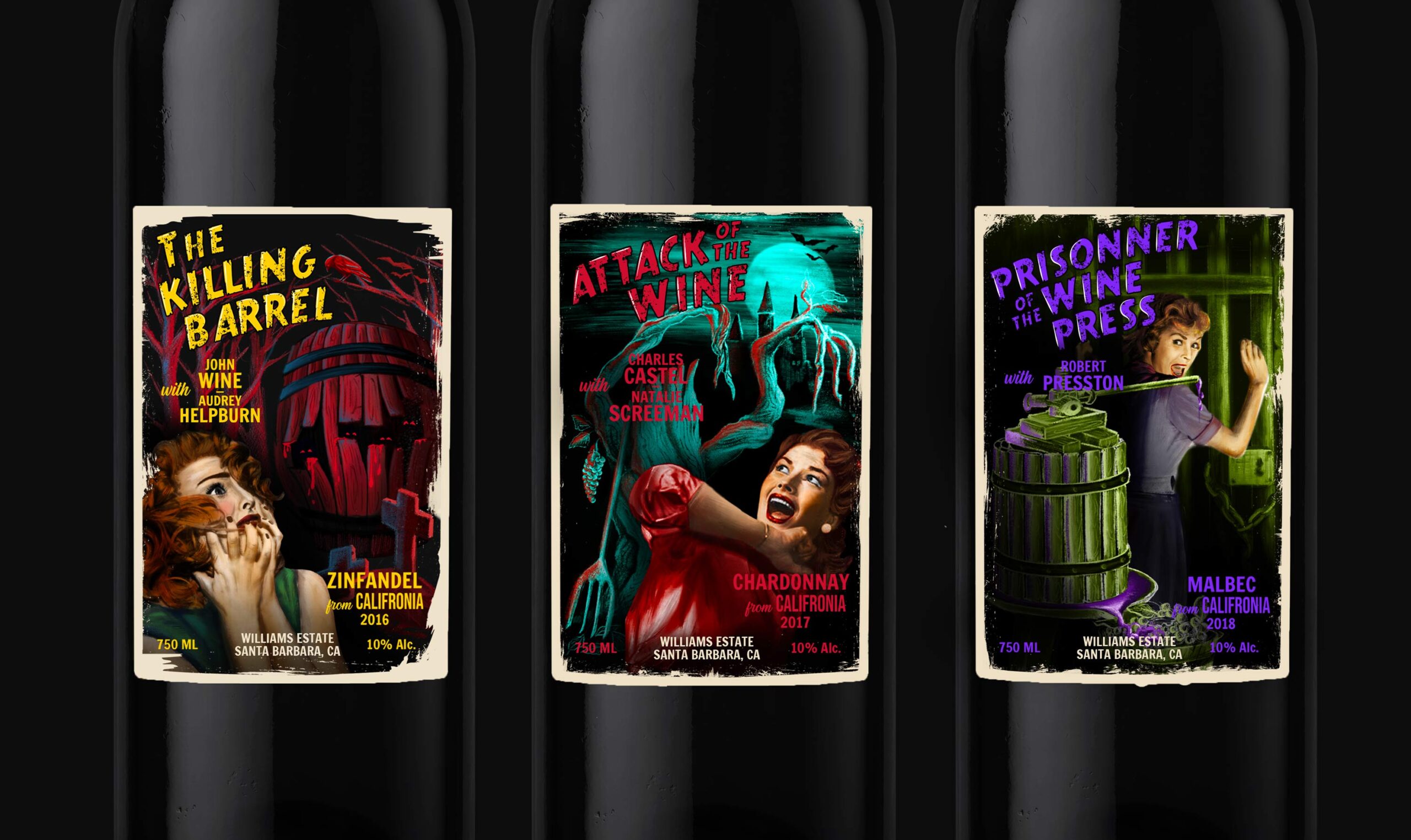 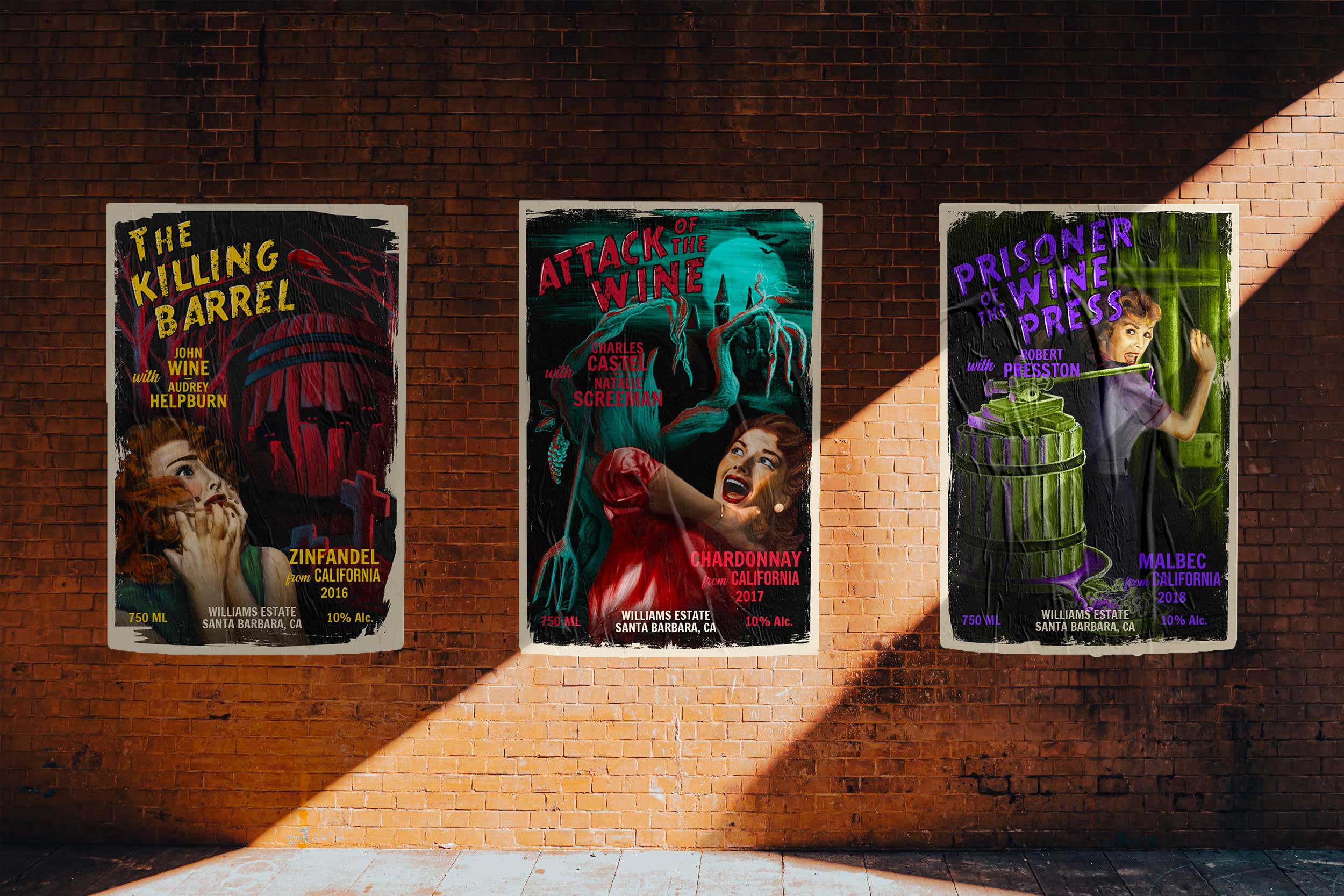