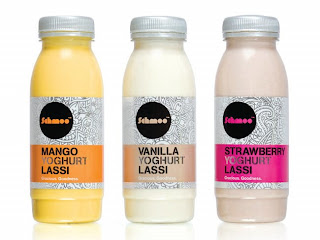 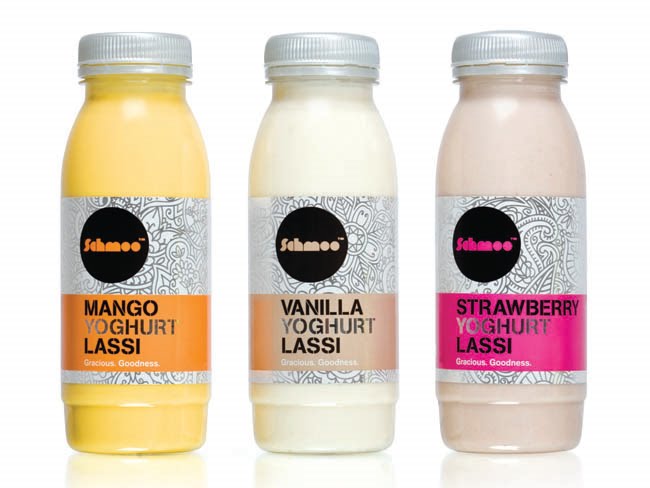 biz-R have recently completed a naming, brand identity and packaging project for ‘Schmoo’, a new yoghurt lassi drink.
Schmoo, a Leeds based company, plan to bring the authentic Indian lassi to the UK mainstream. The brand positions itself uniquely between smoothie and dairy (which has also formed the basis for the new name) and uses 100% pure ingredients with no preservatives – created using genuine Indian recipes.

“The identity draws influence from traditional Indian henna (mehndi) illustration but is executed in a contemporary aesthetic with a touch of modern opulence. East meets West if you will. The brand offers a clear point of differentiation from other drinks commonly sharing shelf space. An exciting, healthy product with a sense of confident sophistication – this formed the basis for our brand direction for Schmoo. The final result is both unique and eye-catching. It communicates beautifully and stands apart from anything else on the market.” 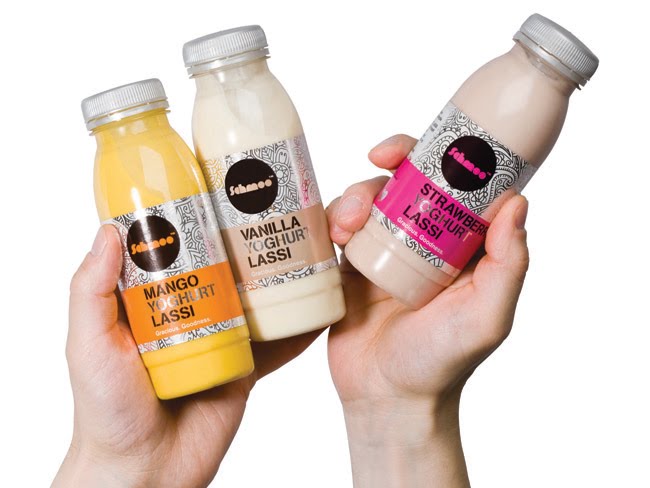 The striking label design has been printed onto a silver foil stock and combined with fresh bright colours to differentiate the flavours in the range. The brand seeks to ‘shake up’ the bottled drinks sector by introducing the lassi to the mass market – which would usually be limited to specialist Asian stores and Indian restaurants. 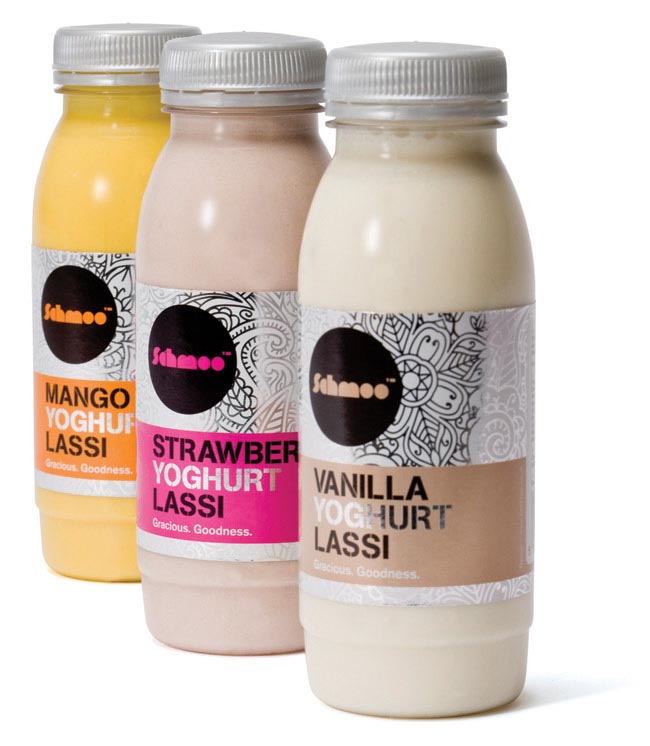 “From the initial brand workshops biz-R ‘got it’. They understood the essence of the brand and were not shy in coming forward with ideas. This was the confidence we were looking for and that was difficult to find with other agencies. We are really excited at the prospect of developing Schmoo together and continuing to take it forward.” Schmoo has been launched initially in Tesco stores throughout North England with plans for further expansion in the near future.