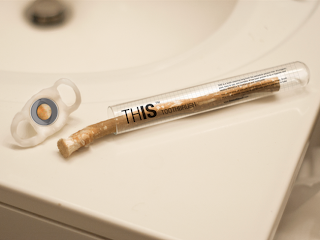 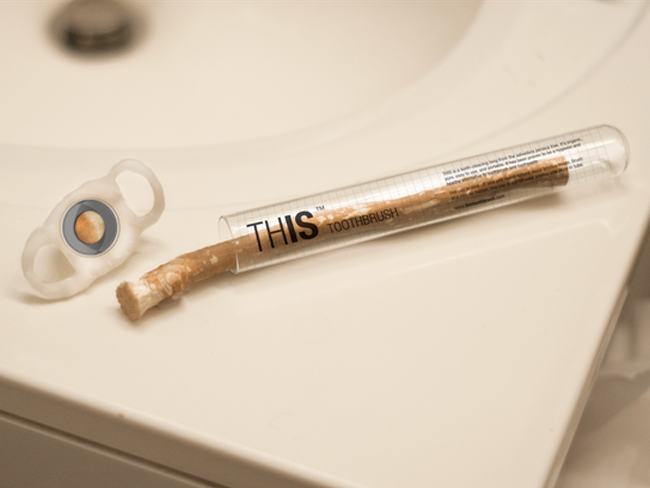 For Allan Chochinov’s 3D Design class at SVA’s MFA Designer as Author program, we were asked to redesign the concept of the first object we threw out after class. I ended up throwing out an empty tube of toothpaste.

Research began with the exploration of the history of toothpaste, its relationship to the toothbrush, the different features it carries as well as the human habits related to it. Several prototypes were tested around an array of subjects related to toothpaste, when finally research gave light to a tooth-stick called the MISWAK.

The MISWAK is a tooth-cleaning twig used mainly in the Middle East, Pakistan and India. Traditionally, the top is bitten off with every use to reveal soft bristles similar to that of a toothbrush. Read more about it here.

THIS aims to repackage and promote the miswak as an organic, biodegradable, portable, more beneficial substitute for toothpaste and a toothbrush. The biggest challenge was figuring out how to package and market the twig to a contemporary American audience, who would not be entertained with the idea of biting off the top of the stick in order to use it. The solution for this is a cigar-cutter-like cap that peels off the outer layer to reveal the natural bristles, and slices them off after use. It also protects the stick from germs and microbes.

In addition, an online campaign was launched which offered to donate a tooth-stick to a person in a developing country with every THIS purchase. 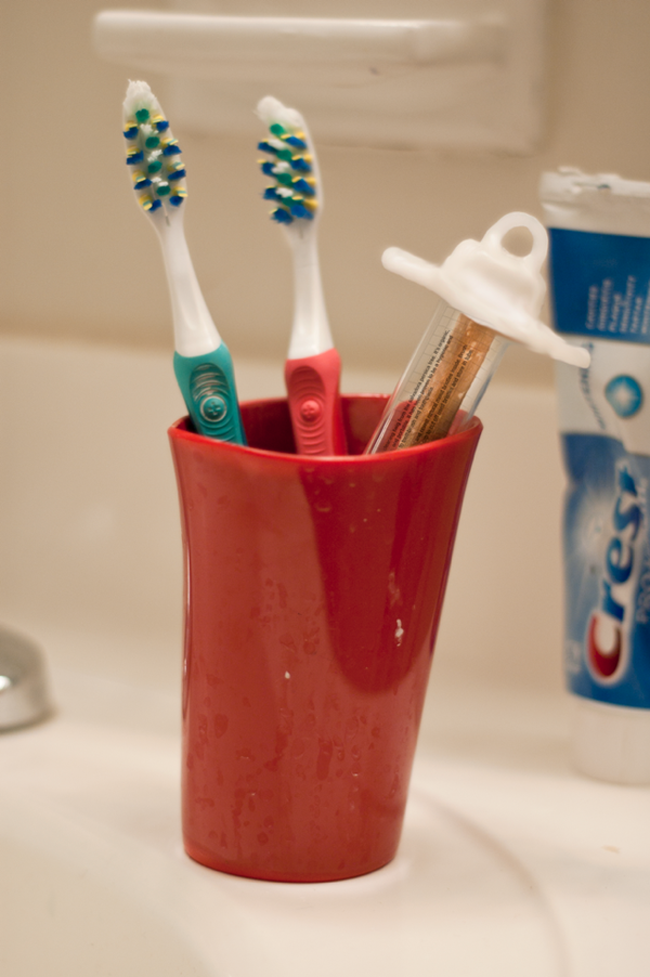 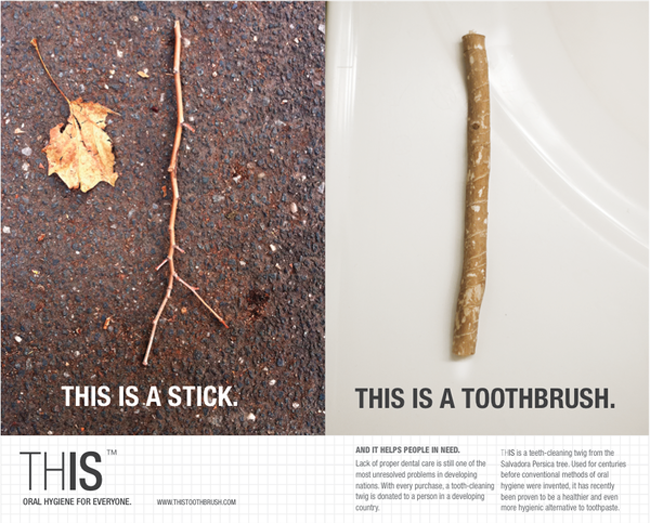 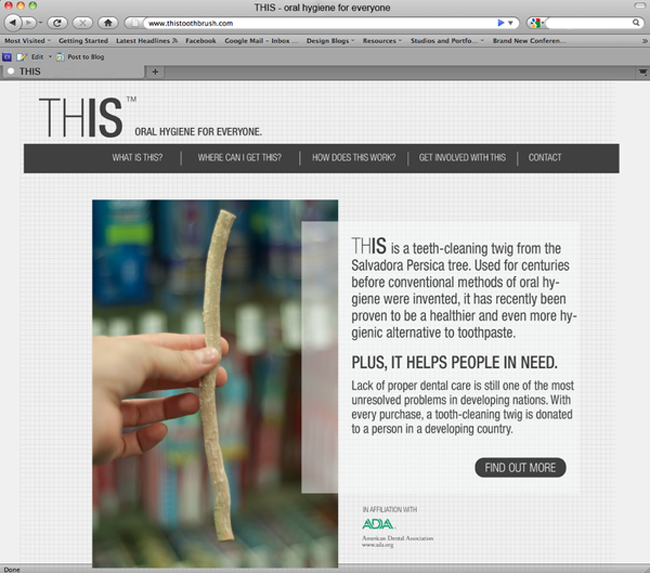