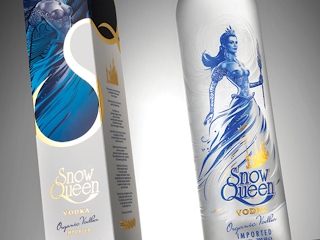 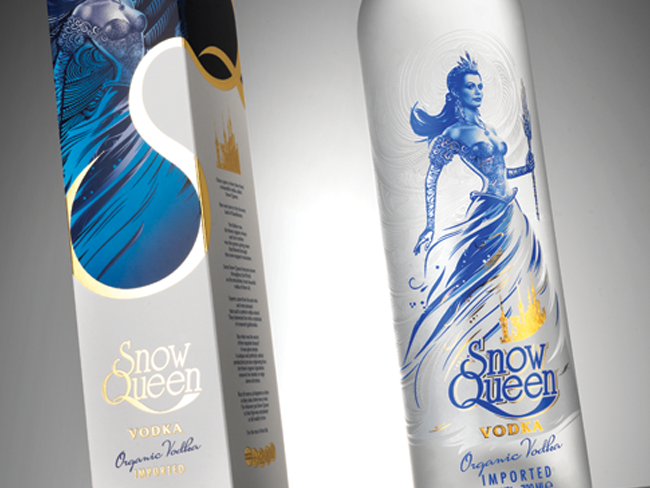 Designed by CARTILS, the Netherlands.

Snow Queen Vodka is not only one of the world’s most premium vodkas; it’s also one of the world’s very best. This supreme quality is highlighted by the numerous awards it has received all over the world, the latest being “Best Super Premium Vodka” by Drinks International, and the Gold medal awarded by the Spirits Business in 2011.

CARTILS, one of the world’s first branding & packaging design consultants, carefully set out a strategy to reinforce the super-premium positioning, while increasing the brand impact of the Snow Queen identity. This was achieved by refining the details that are present in the leading illustration of the Snow Queen itself such as the dress and the hair. The medals were repositioned to the back of the bottle to portray a more confident international appearance. The balance of the different elements was realigned to allow the Queen itself to be the heroine, while the branding was reinforced to allow the brand to attain a higher shelf standout. Similarly ‘Organic Vodka’ has been added to the front of the bottle, a quality assurance that was already present, but simply not communicated till this moment.
The bottle shape was slightly increased in height and the closure was changed to a cork to ensure the super-premium positioning. The shoulders were raised to create a prouder, more royal image, while the thin neck of the new bottle clearly shows the elegance and delicateness of Snow Queen.
A giftbox for the UK market was also created hand in hand with the new image, where it is sold in Selfridges and Harrods amongst others. The snowstorm in the dress signifies the elegance and refreshing purity of the Snow Queen brand, whereas the interlinking ‘S’ and ‘Q’ letters reinforce the strong branding message.
The evolutionary redesign, together with the new luxury giftpack, ensures that Snow Queen will continue to be perceived as the super-premium organic vodka that provides an unrivalled quality that is communicated through purity, smoothness and elegance.

“CARTILS thoroughly enjoyed working with Snow Queen, and we believe that the evolutionary update is a great step for the brand, reinforcing all of the existing values. We are proud to cooperate, and come to great results together with such an important client.” Christiaan Huynen, Group Director of Marketing & Business Development. 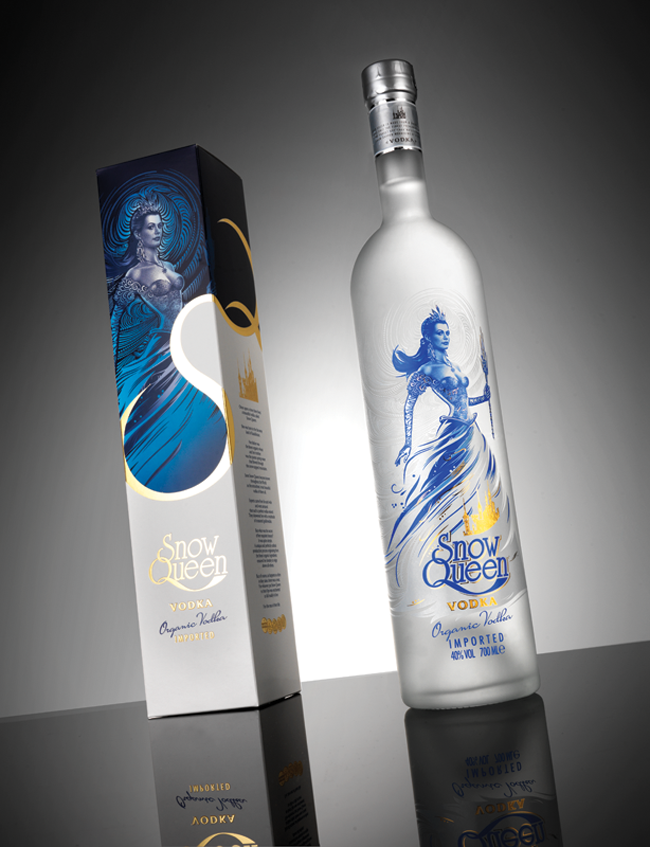