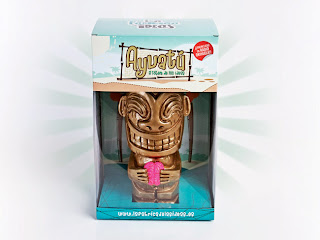 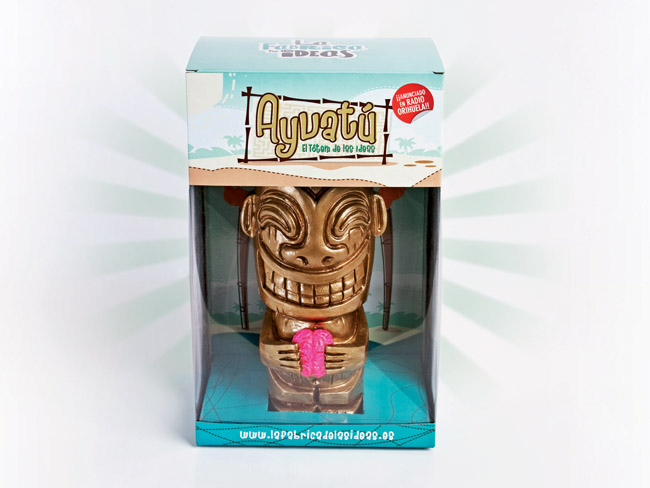 The company, made up of artisan experts “in all the areas and objects that clients could ever possibly imagine”, has put its trust in a “cheeky totem” based on the Polynesian style carvings to motivate agencies and producers in their quest to come up with new ideas.

“Ayvatú” (which literally means well, well I never!) is the name that the coordinators of “la Fábrica de las Ideas” have christened their “new commercial icon” with; it’s a golden smiling idol squeezing a brain between his tiny hands. The most graphic type of symbol to convey the advantages of this new project: spurring on the inspiration of all those who, “give themselves a few taps on the head” every morning before starting work.

Even the packaging of this new direct marketing message contains details of how, over the centuries, this “totem of ideas” has been in charge of pointing important figures like Isaac Newton, Gabriel García Márquez, Massiel or Christopher Columbus in the right direction, in the form of a rude comic that takes up the whole back panel.

According to the creators of “Ayvatú”, “the idea was to come up with a sarcastic, scathing deity to provoke the recipient, urging them on to try harder and helping them in their search for inspiration. At “La Fábrica de las Ideas” we can materialize any type of concept, whether it’s a stage or setting, a celebrity, impossible objects…we are experts in taking on challenges of this kind, although it’s our clients who have to be inspired first. In this sense the “Ayvatú” project is indeed provocative. A warm-hearted pain in the arse for all those who dedicate themselves (us included) to this difficult task of creating”.

“Ayvatú” will be sent to leading producers and agencies in Spain at the same time as this new “totem of ideas” is launched on various similar websites in the sector, and on a mini-site in which this sarcastic deity will provide both inspiring and piquant advice. 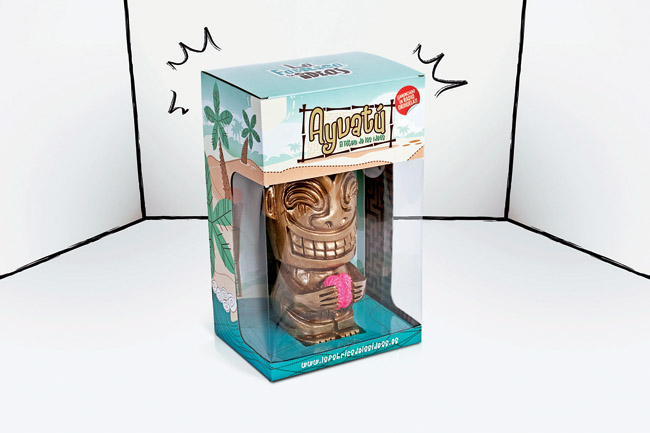 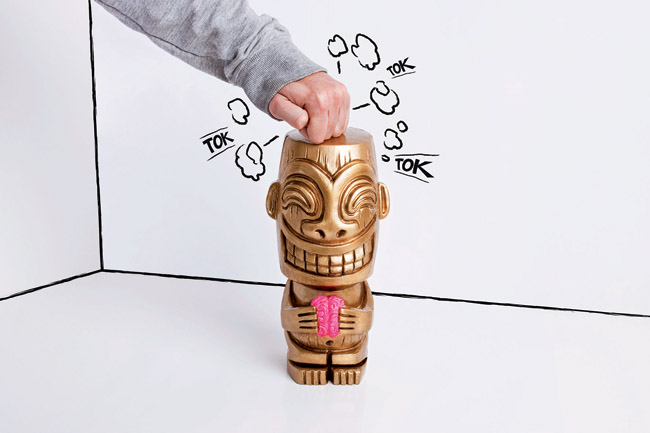