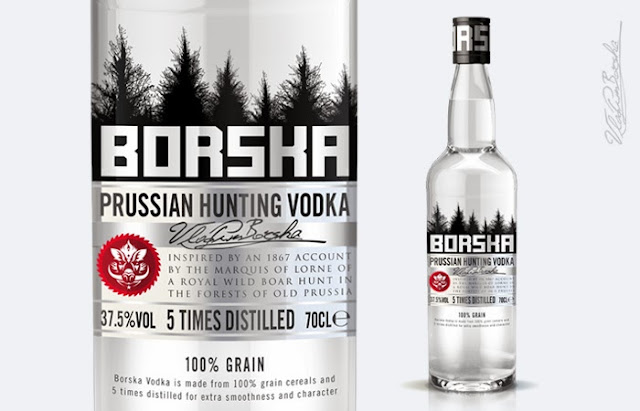 We were tasked with a Brand creation for Borska Vodka, a Prussian Hunting Vodka inspired by Winter Wild Boar Hunts in the 1800′s. The Borska story stems from an interesting hunting account by the Marquis of Lorne, who shared experiences with the legendary Russian Boar Hunter Vladimir Borska over a glass or two of his homemade Vodka in 1867.

Borska shared his boar hunting experiences and late night recollections of the sinister wild animals that surrounded him with only the moon as a guiding light. The pure homemade 5 times distilled Vodka was the key to not only keeping him warm, but was also used to cover his scent and disinfect deep thorn cuts experienced in the forest. The majority of Vodka is only distilled once or twice, so five times is a key feature for Borska to signify its purity.

Designing a Vodka with old Prussian heritage, as well as needing to be both ultra modern and impactful was the biggest challenge with Borska. The design requires immediate recognition in a busy shelf space and the confident brand logo type with silver substrate sets the tone for a pure design, which has unity with the Vodka and classic bottle structure. The black forest behind the logo sets the scene with a disruptive red wild boar endorsement, nodding to the original hunting accounts in which the moonlight made the eyes of the Boars glow a disconcerting deep shade of red enabling them to become visible in the dark.

The supporting Point of Sale brings the heritage into an engaging setting to appeal to the modern twenty-something consumer. We introduced a modern, layered and simplistic illustration style which was largely unexpected within the Vodka category and creates an engaging new brand which really raises the bar…

Borska Vodka will be available in stores nationwide in the U.K from early 2014. 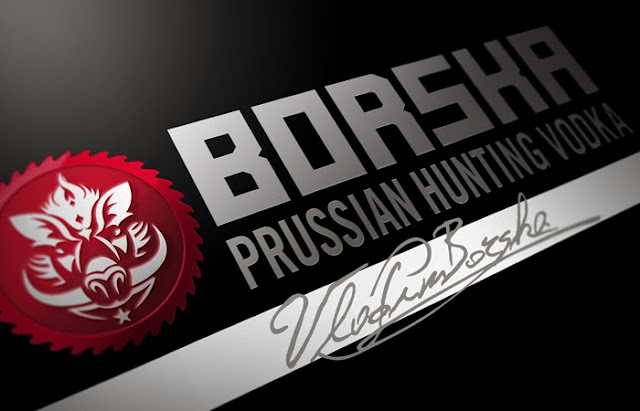 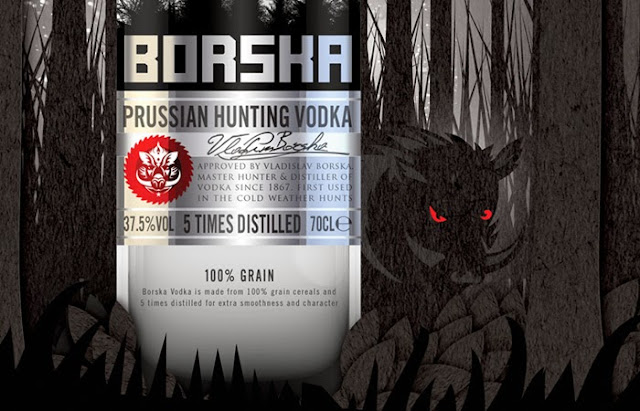 Jekl Steak on the Go