Ignorin is the first over-the-counter tablet in Sweden which subdues migraine pain with anti-inflammatory diclofenac. Bakerscape received the task from Actavis to create a design and an idea for the new brand. Ignorin was to attract a female market. The ideal target market image was a young Hillary Clinton…professional but womanly. There is a fine balance with medicine, determining how pharmaceutical a product needs to be visually to be perceived as effective. Ignorin was to stand out from the typical medical look. At the same time, red is a given colour in the migraine segment and needed to be taken into account.

Bakerscape tapped into the idea of acoustical cushioning and sound absorption materials. After all, migraines are known to be so painful that one wants to cushion the head from movements, sounds and lights. The red, when toning into a rich magenta, became modern, fresh and feminine while still connecting to the migraine norm of red.

The new packaging was released in the beginning of March 2014. Check out more Bakerscape‘s work on Packaging of the World 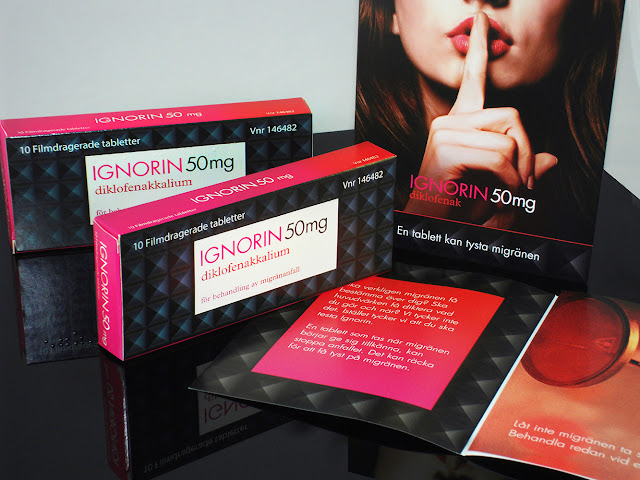