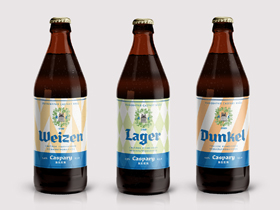 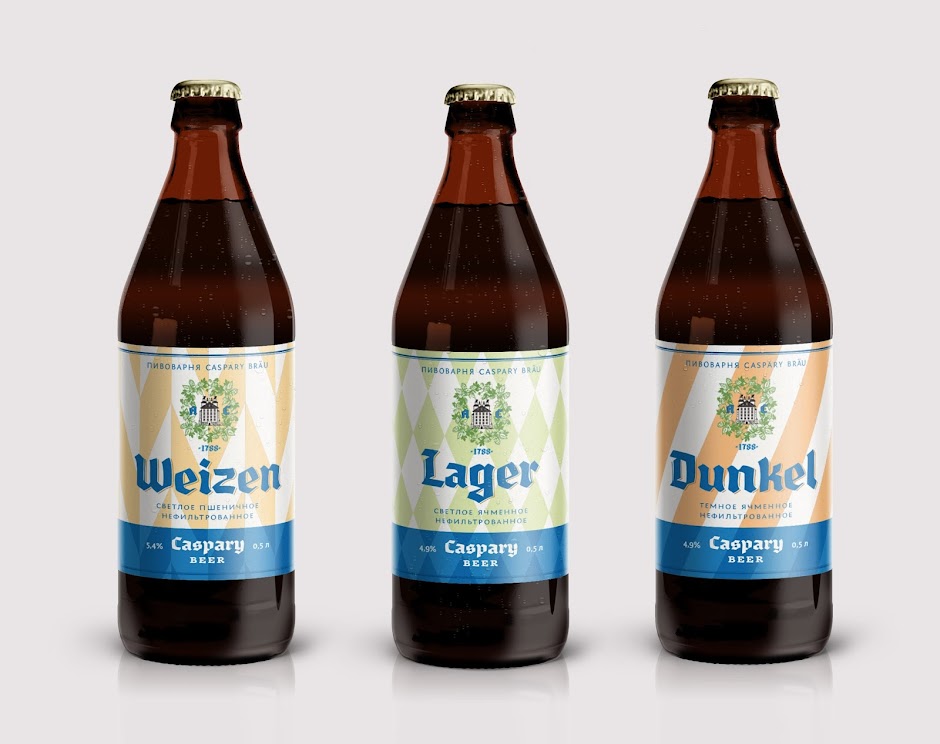 Caspary Bräu – the only restaurant-brewery in the world, which was opened in partnership with the legendary family Caspary, now producing brewing equipment for the world.

The brewery strictly adhere to these canons and prepare the beer according to the original patented formulation, kind to the reputation of the Bavarian drink.

For bottling beer in glass bottles task was to create a concept label to replace the existing one.

Working on the basis of visual of labels, was important to make accent on the connection with the legendary Bavarian name “Caspary”, using proprietary Bavarian rhombus and development background pattern for different beers. The color scheme of the label is an additional distinction and reveals the features of the different color varieties of beers and their flavour. Also, used elements of corporate identity and corporate brewery font — a modern version of the German Gothic letters 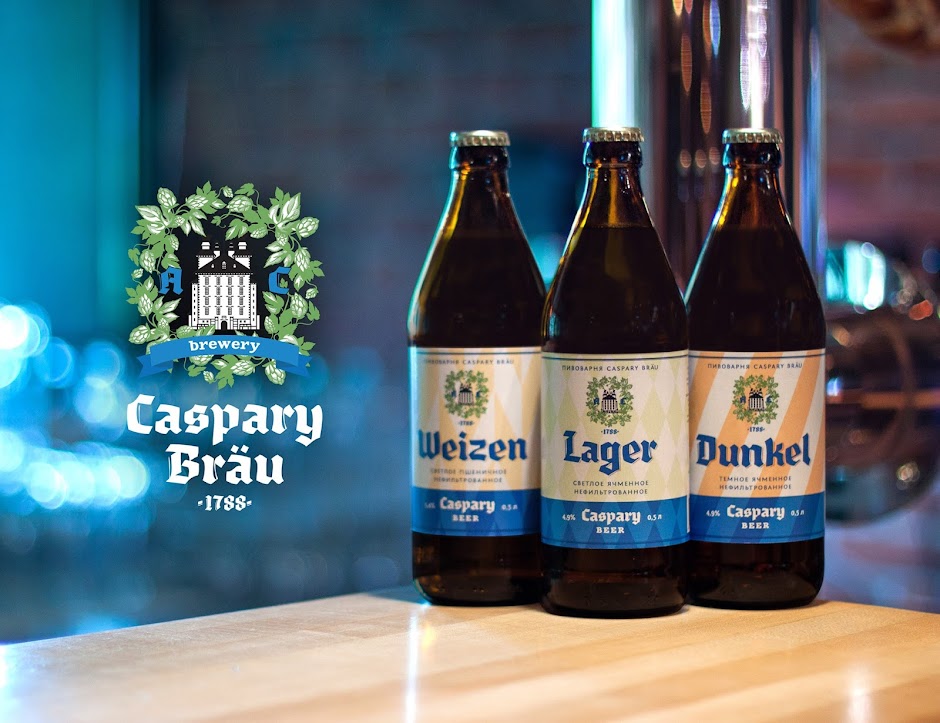 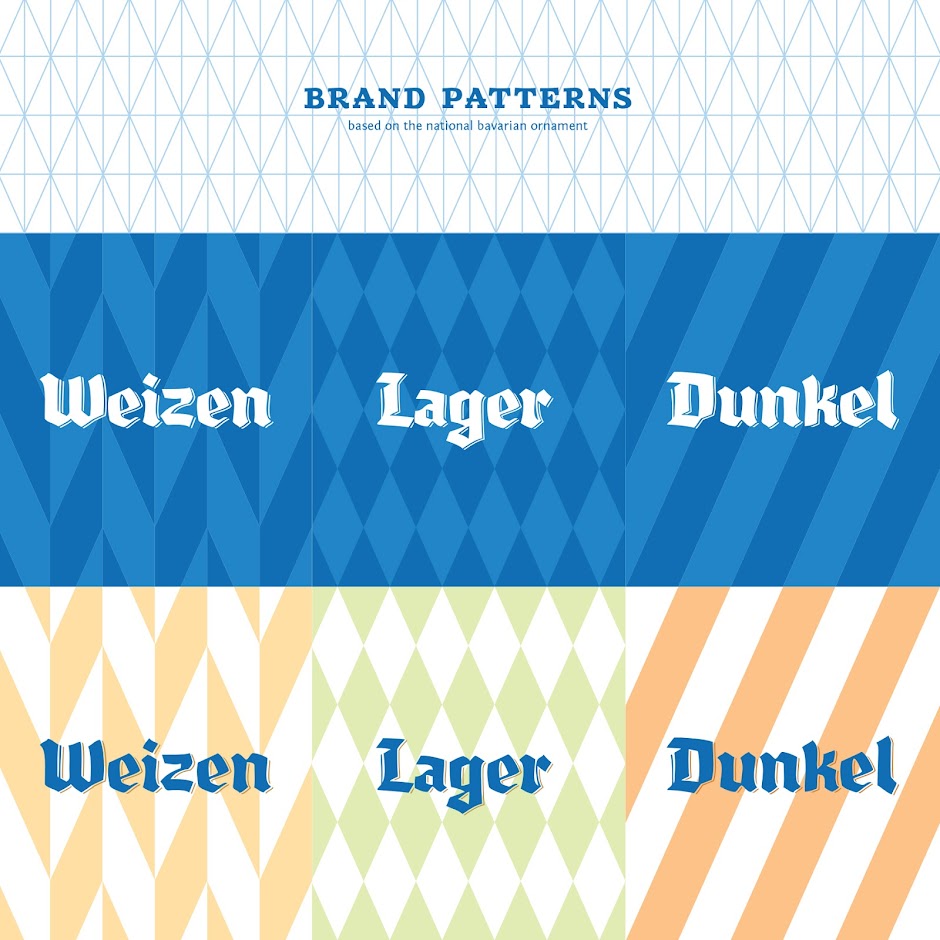 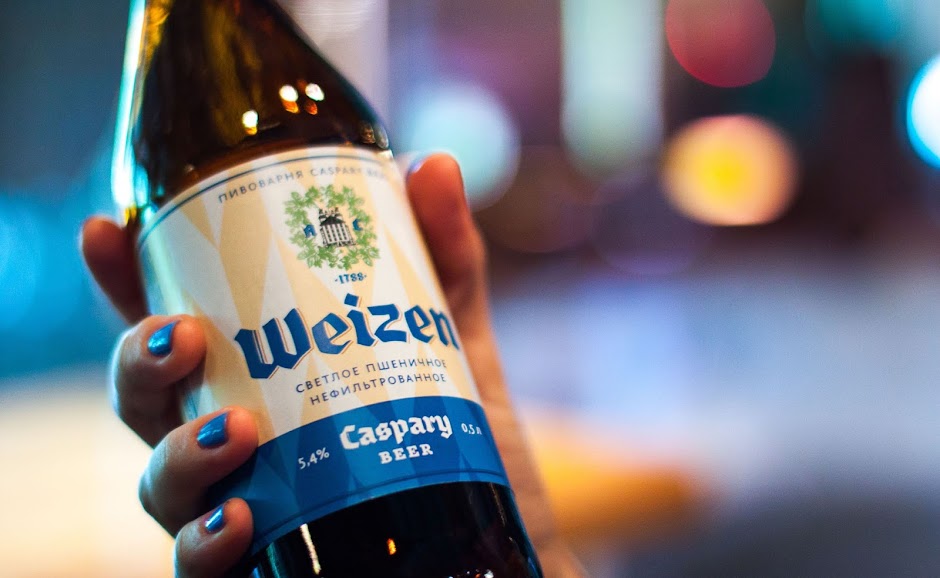