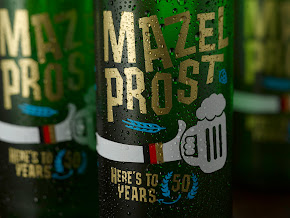 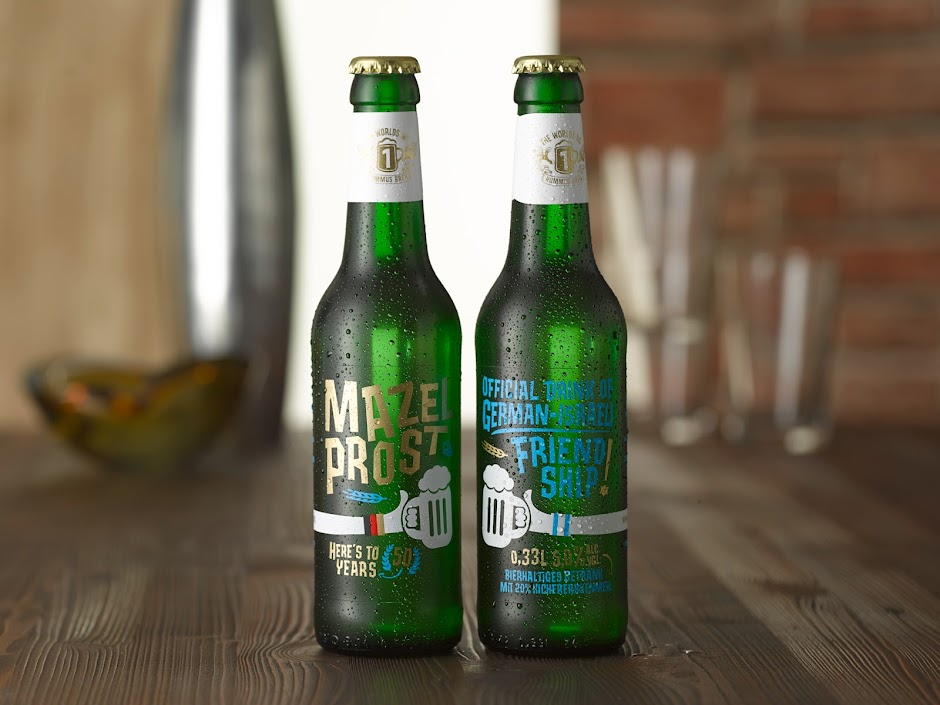 “Mazelprost” – the official drink of the German-Israeli friendship

In 2015, Israel and Germany celebrated the 50th anniversary of their diplomatic relations. What began with a cautious approach to one another has since developed into a true friendship, one where good friends not only share their experiences but also raise their glasses to each other. Inspired by this ideal Mazelprost, the world’s first hummus beer, has been created and is the official drink of the German-Israeli friendship, yet this honour has been interpreted in an humorous and down to earth way.

“Mazelprost” combines not only two specialities the countries are famous for – hummus and beer – but also the Hebrew expression “Mazel Tov!” and the German word “Prost!”. Its transparent label, seal and colour scheme reflect current trends within the craft beer segment to give Mazelprost an optimistic and modern image. In December 2015, Mazelprost was added to the collection of the Jewish Museum in Berlin. 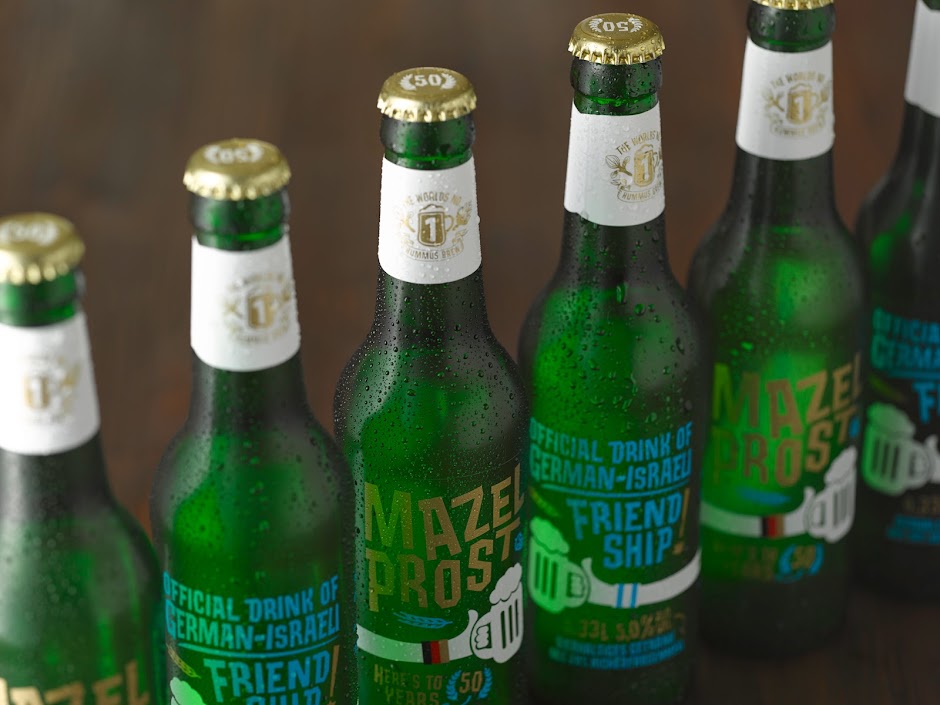 What’s Unique?
Carefree, honest and humorous – the look and feel of Mazelprost was created just like a perfect friendship. The twist lies in the transparent, peripherally label: If front and back of the bottles are placed next to each other, they are toasting to each other. 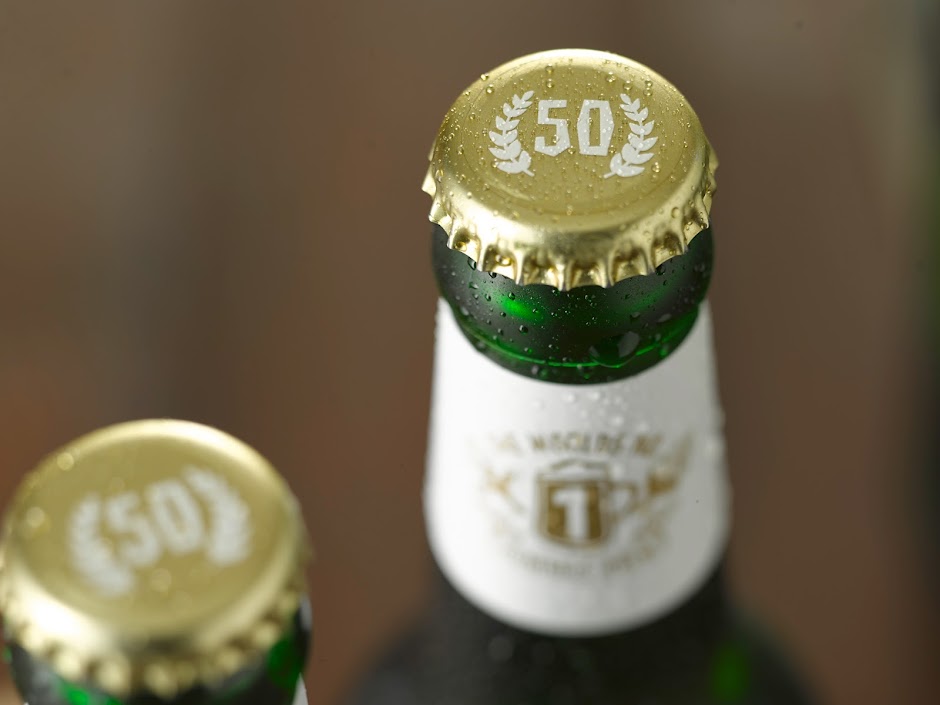 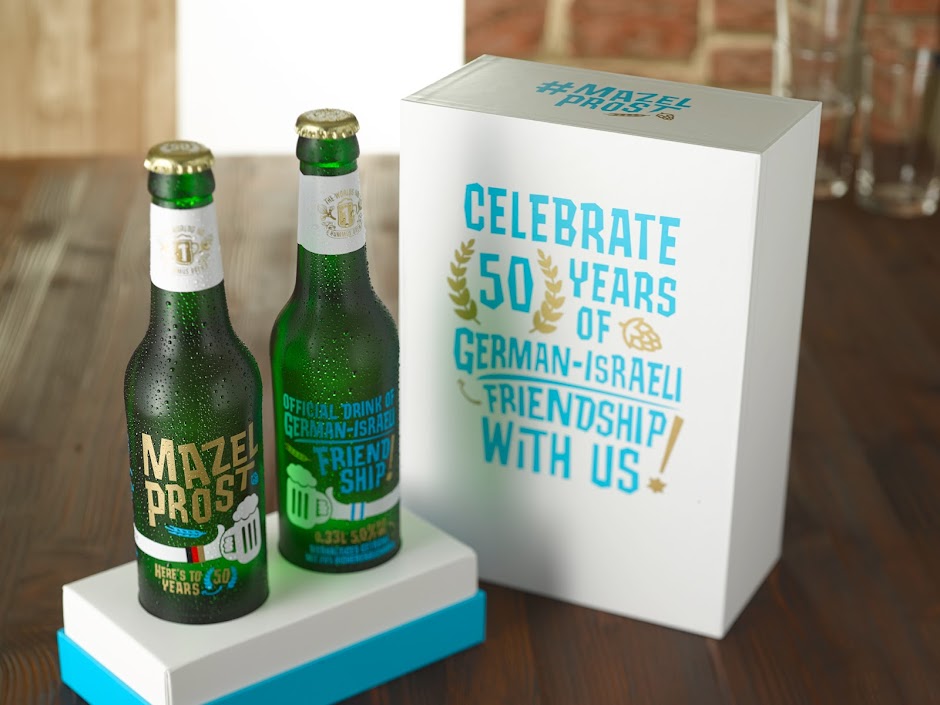 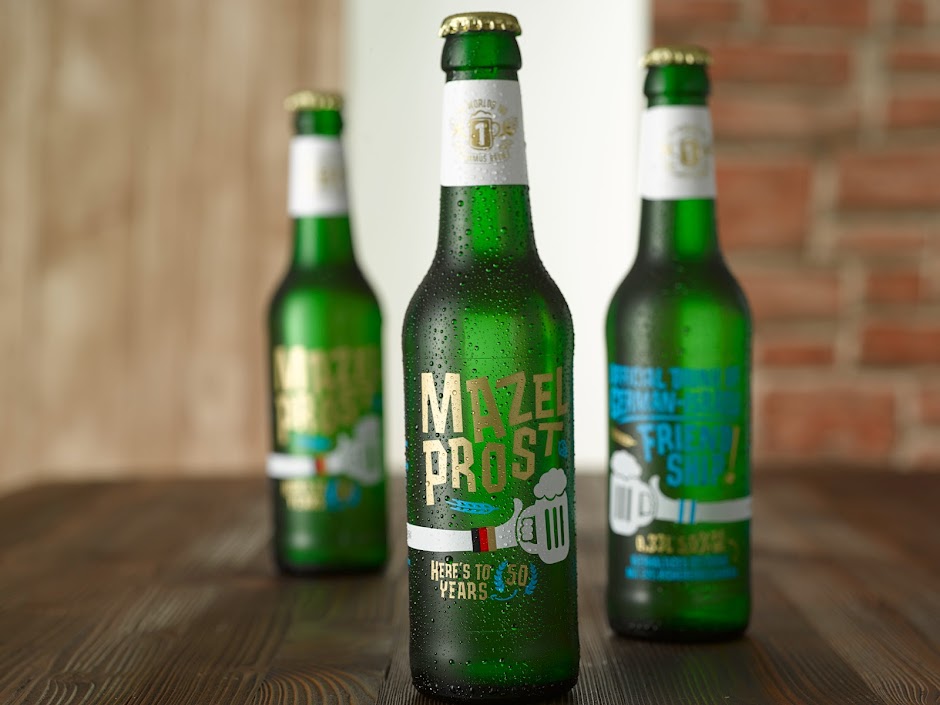 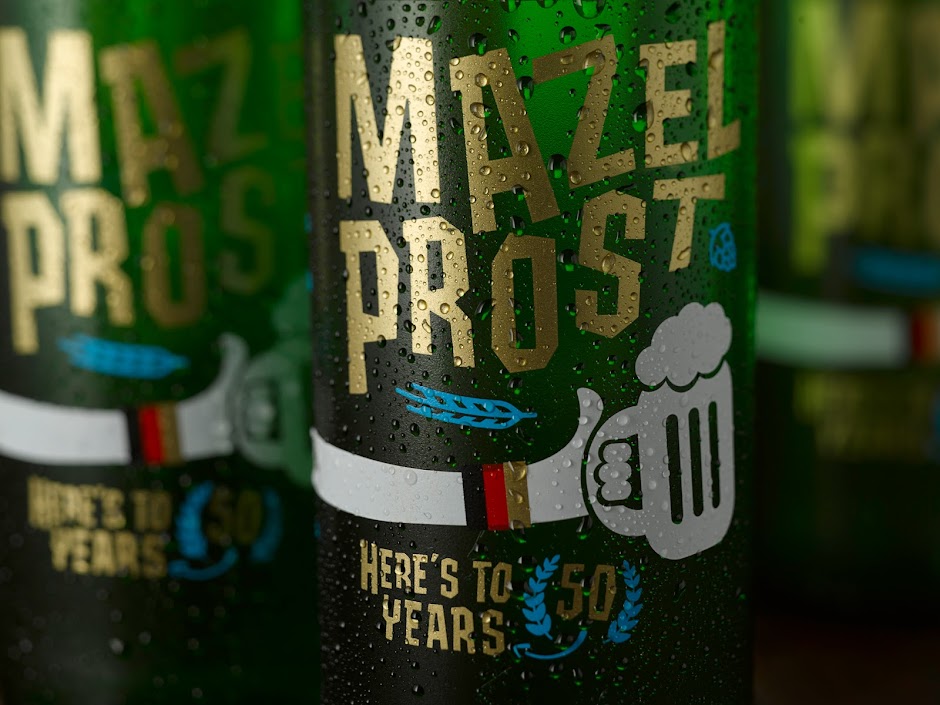