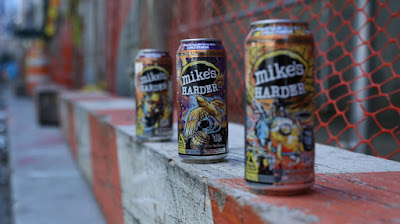 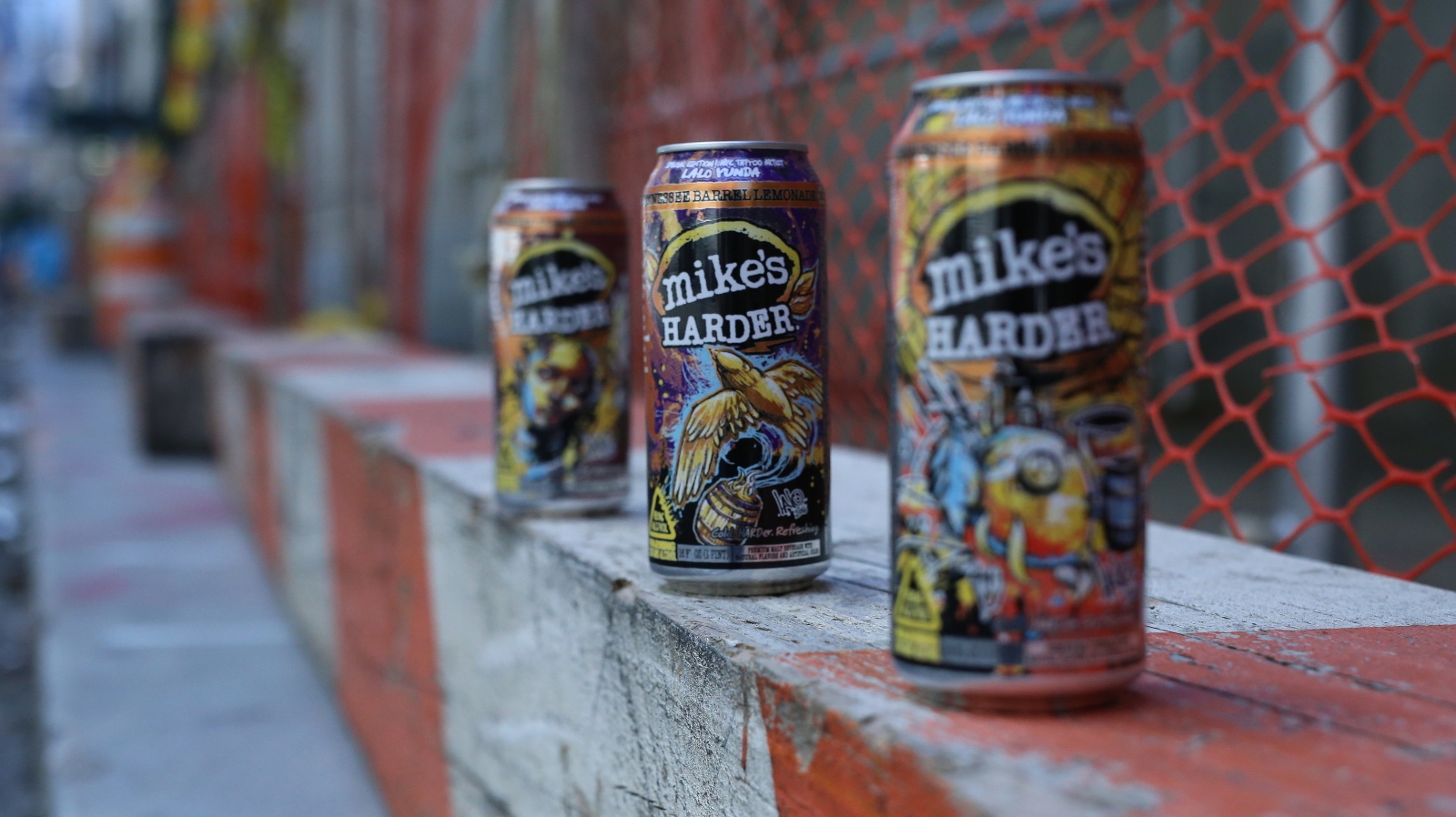 To celebrate the launch of the all new mike’s HARDER Tennessee Barrel Lemonade, mike’s HARDER is collaborating with acclaimed tattoo artist Lalo Yunda to create one-of-a-kind tattoo designs to appear on the new seasonal flavor limited-edition collectible cans. Yunda – who appeared on season two of Spike TV’s “Ink Master and recently opened his own studio, House of Monkey Tattoo, in Brooklyn – is entirely self-taught and is continuing to make a name for himself as one of the top artists in the country.

As tattoos continue to grow in popularity and evolve into mainstream culture, inked skin is seen as a creative form of self-expression for millennials, with nearly four-in-ten (38 percent) having at least one tattoo and about half of those having more than one. 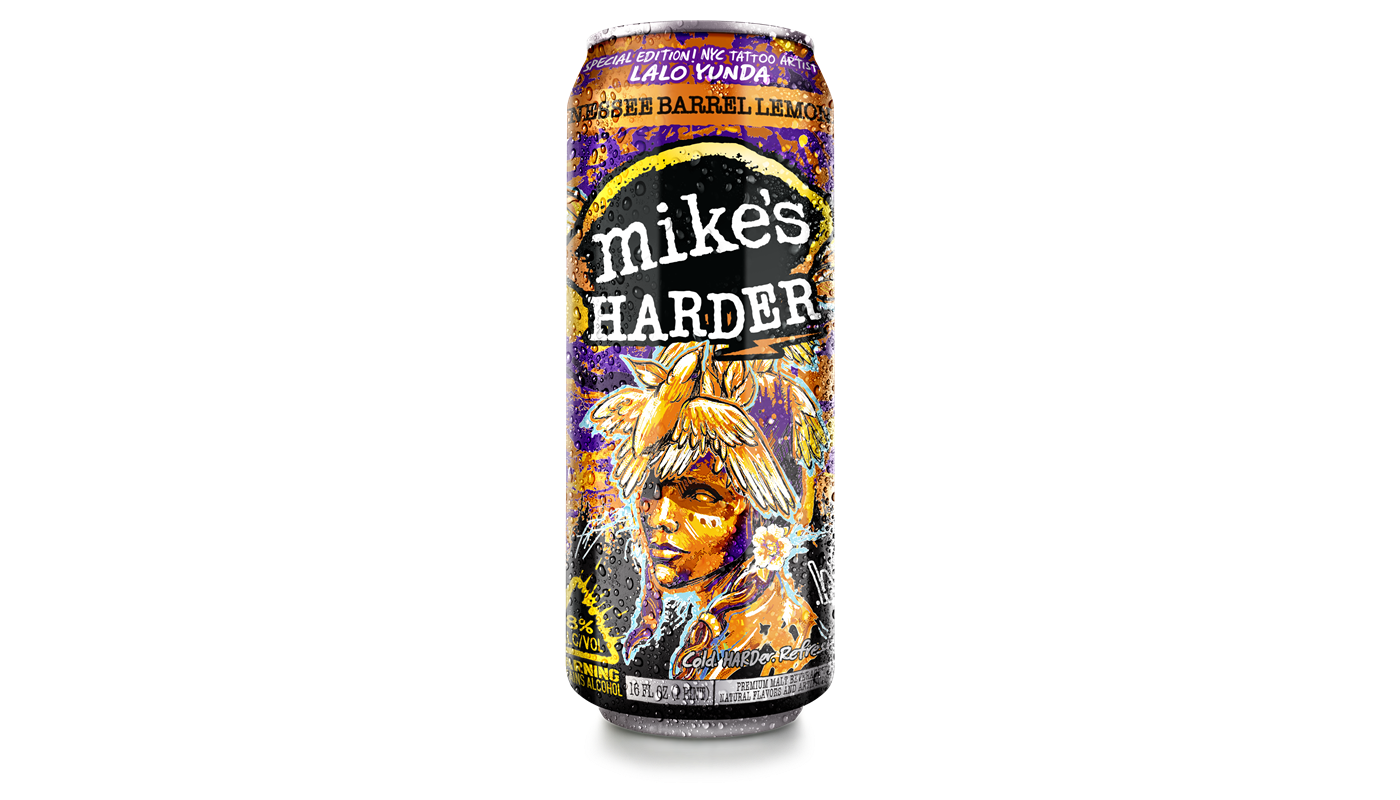 “Tattoo culture embraces the fact that the riskiest artwork is both painful and permanent, and HARDER has an incredible respect for that mentality,” said Sanjiv Gajiwala, vice president of marketing, Mike’s Hard Lemonade Co. “By collaborating with artists like Lalo Yunda, we’re asking HARDER fans to push conventional boundaries by going even harder – not only with bold, intricate tattoo designs but as they live their truth out loud every day.”

The collection of HARDER-inspired tattoos – including bold designs such as a skull, snake and dragon horse – were crafted in Yunda’s self-described signature style of “magical realism,” which combines the inclusion of mythical elements within otherwise realistic, true-to-life images.

“Many years ago, tattoo designs were incredibly basic and a one-shot, simple design. With the evolution of both technology and the craftsmanship of this art form, tattoo designs have become much more complex and sophisticated,” says Yunda. “Tattooing is one of the biggest art revolutions in history, and over the course of the next few years, collecting tattoos will be of the same caliber as collecting fine artwork.”

During the month of October, Yunda and mike’s HARDER will host two exclusive tattoo pop-up shops in Los Angeles and New York City – on Thursday, Oct. 13 and Thursday, Oct. 20, respectively – to challenge millennials on the west and east coasts to go harder and bolder with their tattoos by getting live tattooed on the spot. Participants will choose among HARDER-inspired tattoos designed by the ink master himself.

The all new mike’s HARDER Tennessee Barrel Lemonade combines the sweet tartness of lemonade with the smooth, smoky taste of barrel-aged whiskey. Sold at stores nationwide, the mike’s HARDER line of products has an 8 percent ABV and packs that extra kick of harder flavor millennials crave. 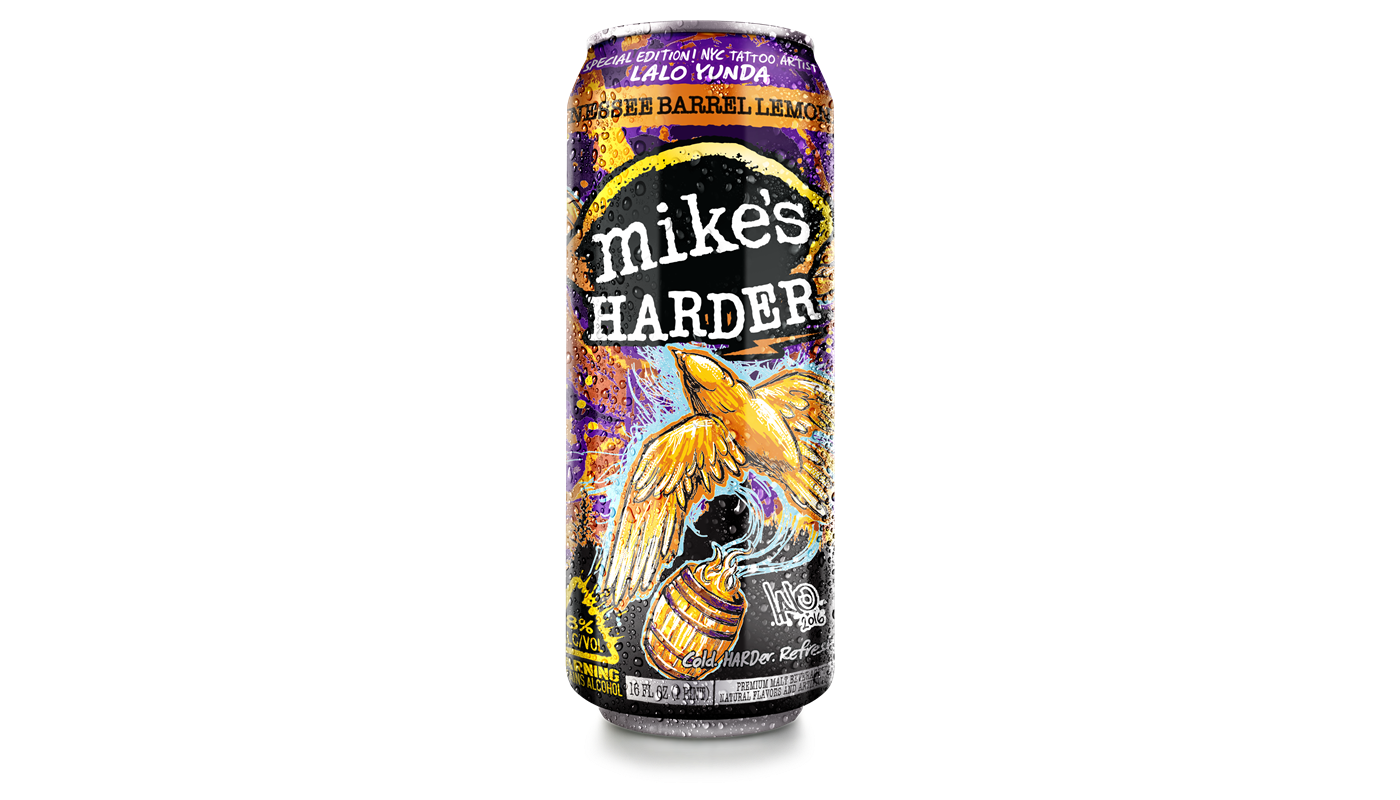 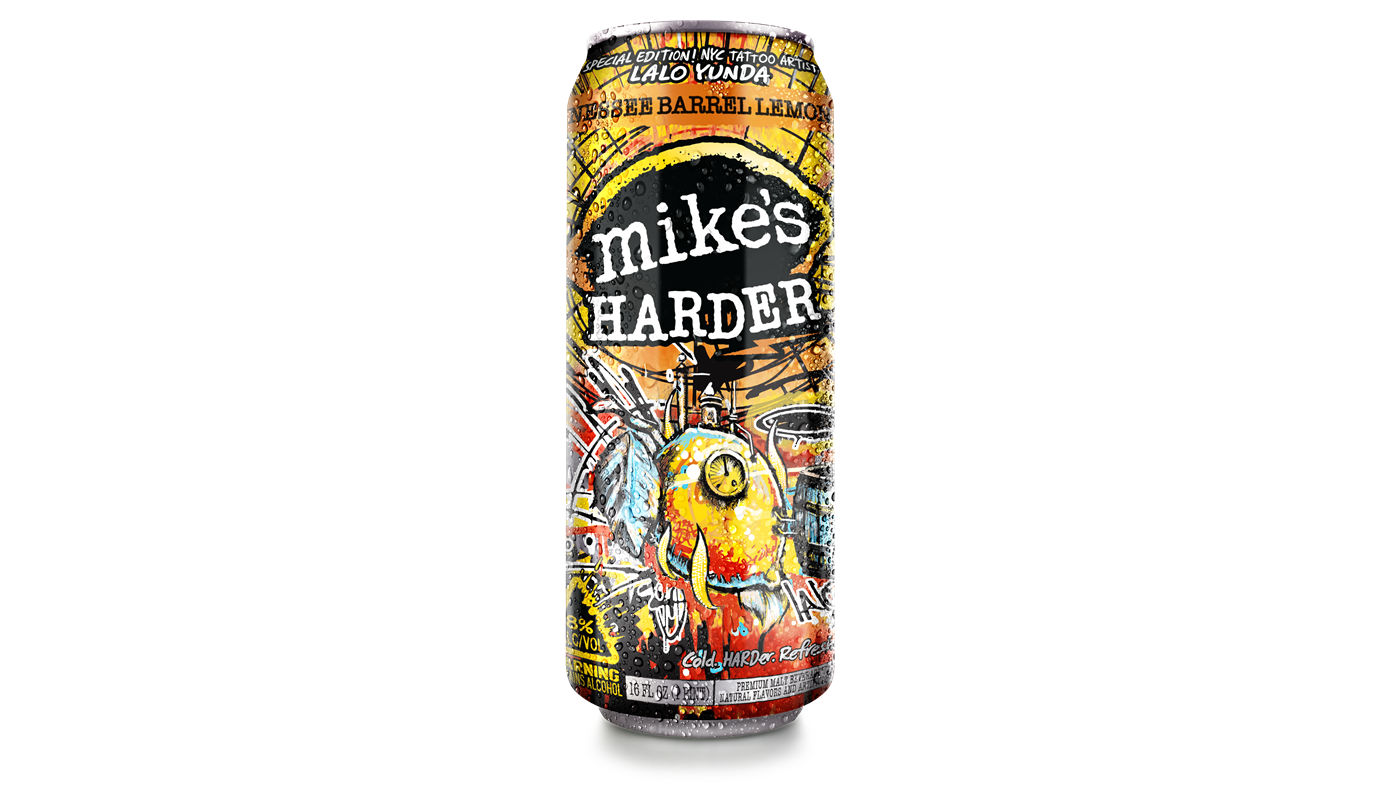 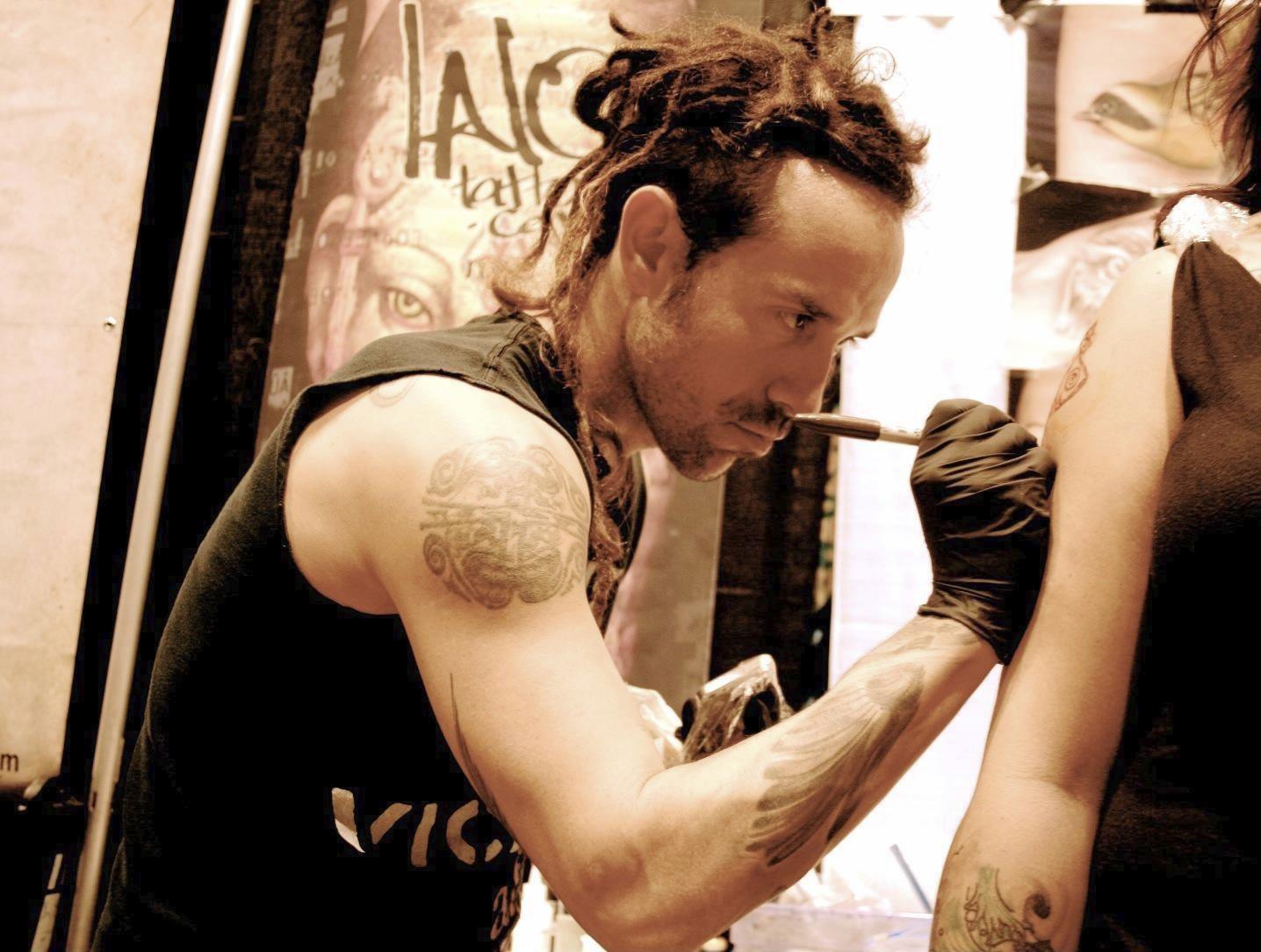